“Dite di no!” (“Tell him no!”) Leporello screams at his master, an Italian aristocrat whose hubris will not allow him to repent—even in the face of eternal damnation. The scene is the dramatic denouement that results from the seduction, intrigue, and betrayal found in Wolfgang Amadeus Mozart’s masterpiece Don Giovanni, being produced this month at the Nashville Opera. 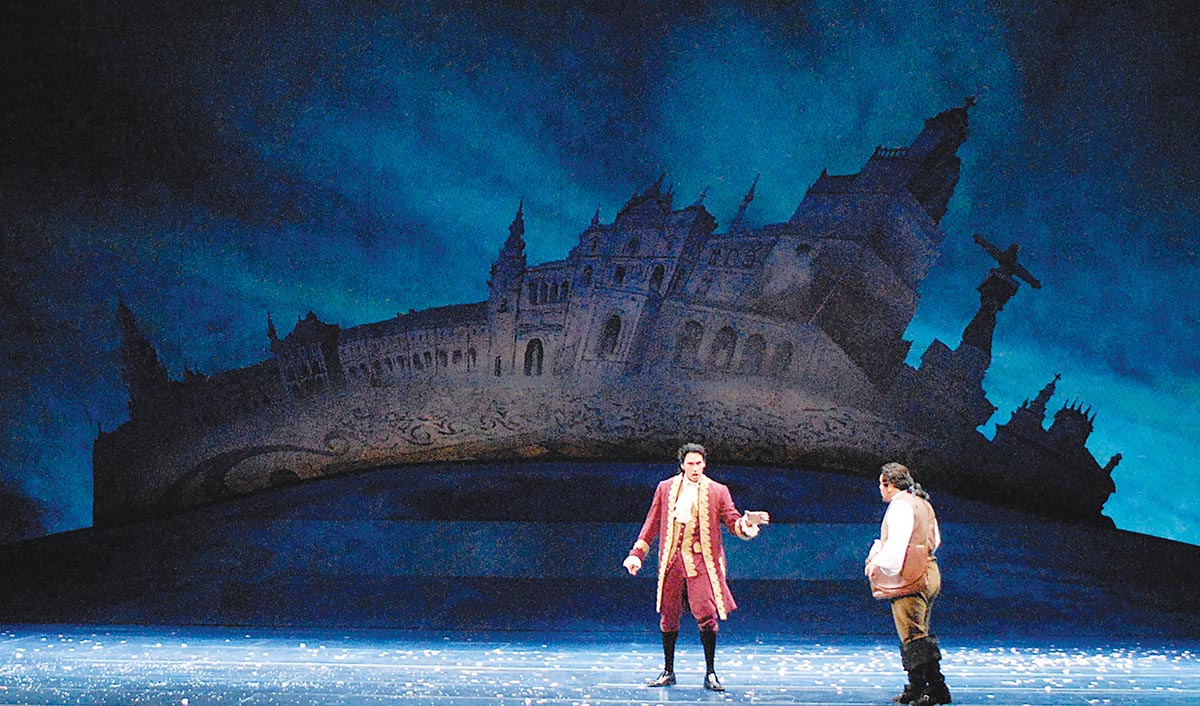 If you’ve never seen it, the plot is the timeless moral tale of how the legendary libertine Don Giovanni (Don Juan) gets his due. The story has been told by the likes of Molière and Byron, but what sets Mozart’s opera apart from these other narratives is his, and librettist Lorenzo Da Ponte’s, ingenious depiction of characters drawn from the worlds of serious and comic opera; and the contrasts are drawn most sharply amongst his women. 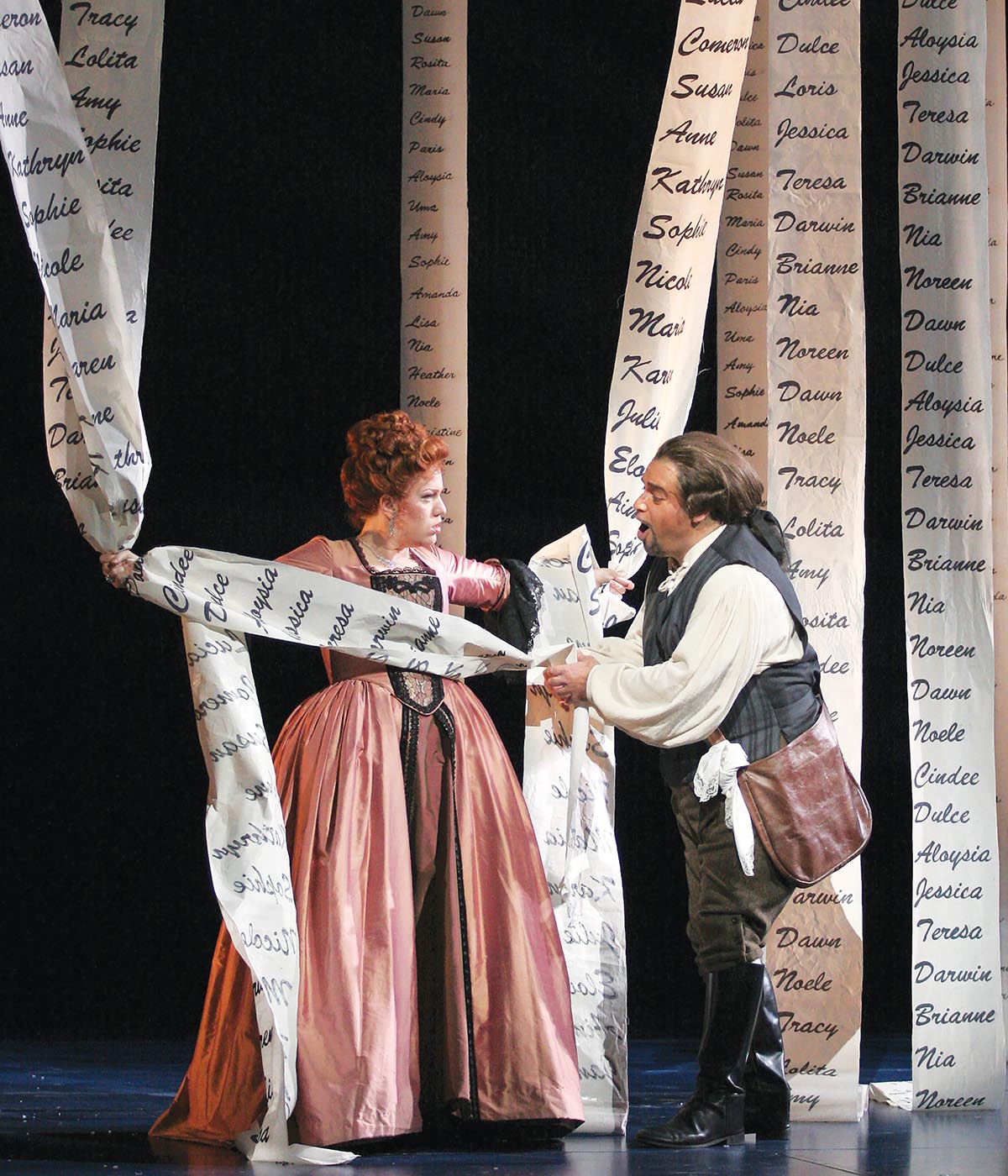 Donna Elvira, for example, is an aristocratic woman and a former conquest of Don Giovanni who is seeking revenge. Her voice and melodic line are as serious as the knife she wields in her first act aria “Ah, chi mi dice mai.” For this part, Nashville Opera brought in Alyson Cambridge, a Washington, D.C., soprano. Zerlina, played by Iowa native mezzo- soprano Laura Krumm, is a village girl that the Don attempts to seduce on her very wedding day. Her simple life, uncomplicated by the rules of the nobility, is depicted in the simple form of her arias and her less ornamental vocal line. Look for her beautiful first-act duet with the Don, “Là ci darem la mano.” Played by soprano Karen Slack, Donna Anna connects the other two women. She is of the aristocracy, but she is also youthful—the opera opens in the middle of her “seduction.” As for the men, Don Giovanni is framed by the comic Leporello, played by the baritone Donovan Singletary (listen for his terrifying patter line in the Grand Finale) and the serious Commendatore/Statue, played by bass Peter Volpe (listen for his deep call “Don Giovanni!” also in the Grand Finale). Playing the title character, David Adam Moore joins the cast from New York where he will make his Metropolitan Opera premiere next season.

When asked how the music of Don Giovanni differs from that of Cosi fan tutte, produced by the Nashville Opera last season, Music Director Dean Williams said, “Whereas Cosi is like a delicate piece of lace that can’t be handled roughly, Don Giovanni is like a meat and potatoes meal. It’s sturdy, brilliant, and text/drama driven.” The staging, a John Hoomes original, looks to be quite exciting. Hoomes revealed to me that with this production he brought “a bold new visual language to Mozart’s Don Giovanni, while still maintaining the various messages and integrity of the opera.” The world of this opera is set in an abstract playing field where each character is forced to confront their own inner demons, allowing their hidden motivations to slip to the surface. 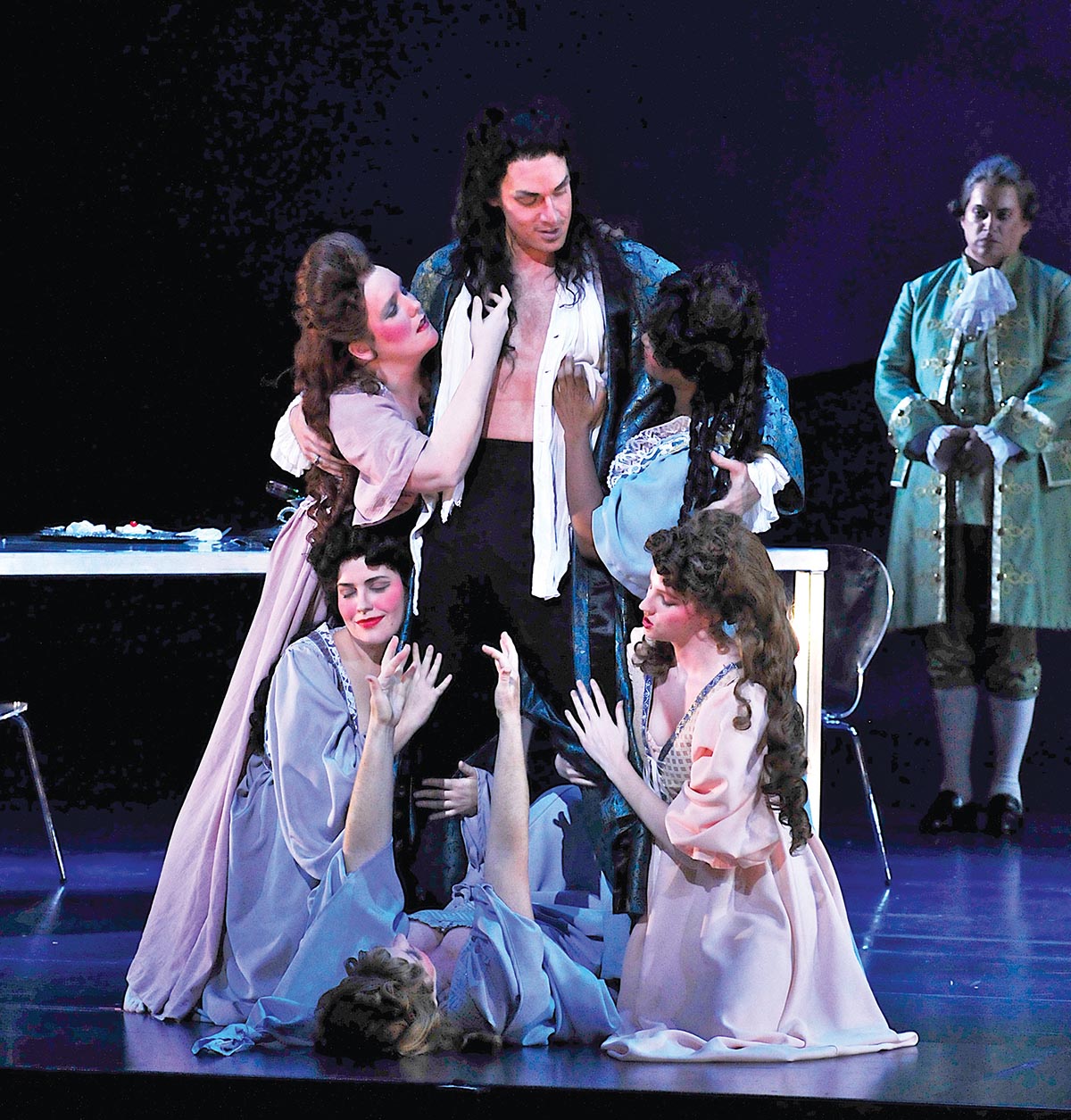 Whether traditional or controversial, the best productions of Mozart’s operas tend to make the moral message applicable to a contemporary audience; it is part of what makes these works timeless. As Hoomes states, his production “views the character of Don Giovanni not so much as one specific man out of history, but more as an archetypical character who revels in flaunting his unchecked desire in the face of an orderly society. And whether we like it or not, it seems the desires of Don Giovanni will always be with us, in one incarnation or another.” This extraordinary production of Mozart’s masterpiece might just be what we need right now.

See this production at Andrew Jackson Hall, TPAC, on October 6 and 8. For more information, visit www.nashvilleopera.org.