The rules of religion and law are meant to hold people accountable to a higher authority. But what if they were against such an authority as a means of social retribution? 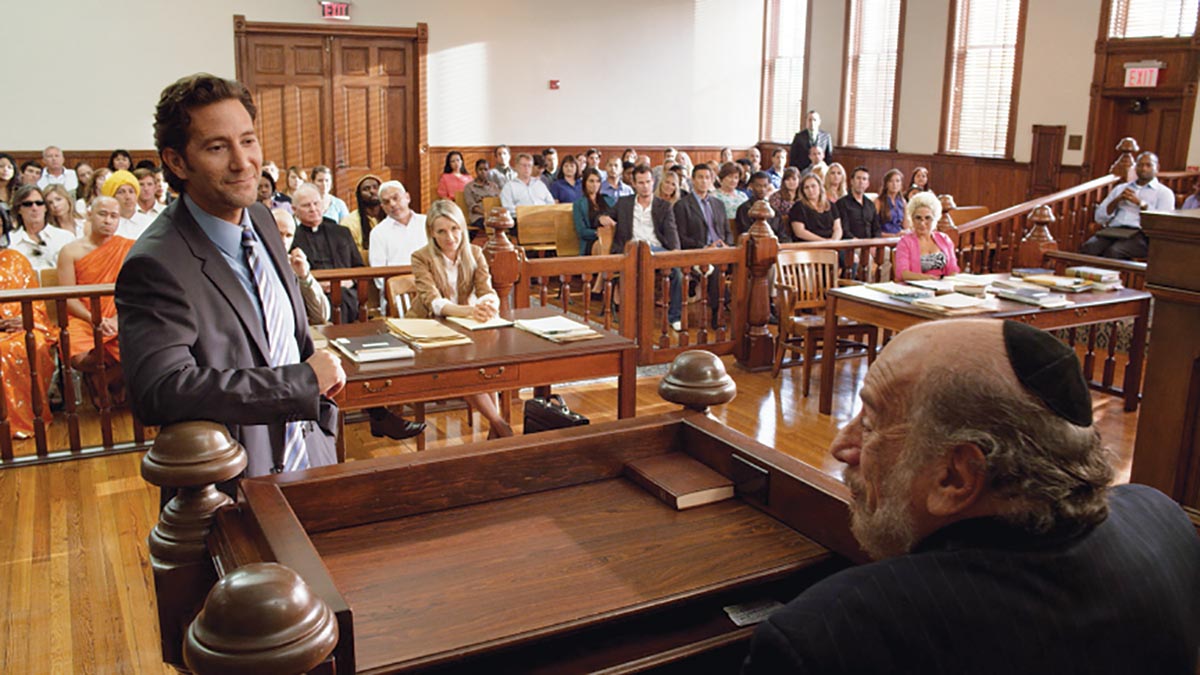 Still from Frank vs. God

A selection of the 2016 Nashville Jewish Film Festival, Frank vs. God is the story of a former corporate attorney who experiences a succession of bad fortunes that take from him almost everything that he loves. After the loss of his homestead due to an “Act of God,” Frank decides to test the infallible reputation of the Almighty in court. Wanting both financial compensation and personal vindication for the damages accrued in his life, the attorney’s pursuit of justice makes a national spectacle that makes the country collectively wonder how far he can go. Will God prevail? Or will Frank disprove his omnipotence with a ruling in his favor?

It’s a ridiculous concept, but it is presented with enough law knowledge and sincerity to the world that it becomes buyable after the first twenty minutes. The film is funny and flips the hero’s journey by having viewers follow an unlikable protagonist. Though it might sound heretical to anyone of faith, that’s actually the movie’s target audience: followers of God who want more from their viewing.

It’s not a bad watch for an indie film. Henry Ian Cusick and Ever Carradine do great as the principals. It does feel like it could have been more aggressive in its theological inquisition. Perhaps it could have read a bit more like Mamet instead of C.S. Lewis. But for what it is, it does deliver as a funny film that probes the rules of religions without being too anchored on Judaism, Christianity, or other theologies.

The 2016 Nashville Jewish Film Festival will take place from Wednesday, October 19, to November 12 with various events planned at the Gordon Jewish Community Center, the Belcourt Theatre, and other venues. Frank vs. God will screen Saturday, November 5, at 7 p.m. at the Belcourt. For further information about the Nashville Jewish Film Festival, be sure to visit their website www.nashvillejff.net.