“Some people love clear messages. They just want to understand, and they need the answers. But I find beauty in not having to have the answers.”

Of all the things that keep us from connecting with each other, the worst is certainty. Our walls are erected with the certainty that we’re right, that we’ve absolutely thought through our side of things, that what we feel in the space between our heart and our gut is the only way to feel. This goes for politics, justice, faith, art, music, everything. Los Angeles-based artist Isabella Innis, known to her friends as Izzi, calls the entire notion worthless.

“Some people love clear messages,” says Innis during a call to California about a month before the former

Nashvillian will have her first solo show in a Hollywood gallery. “They just want to understand, and they need the answers. But I find beauty in not having to have the answers. As much as I want to have a dialogue with whatever culture is right now, I also want the message to be that we’re all different, and we will always be all different. Accepting that there are things we’ll never understand, or will never be clear, is a vulnerable state to be in, but I think that vulnerability is what connects all of us in the end.” 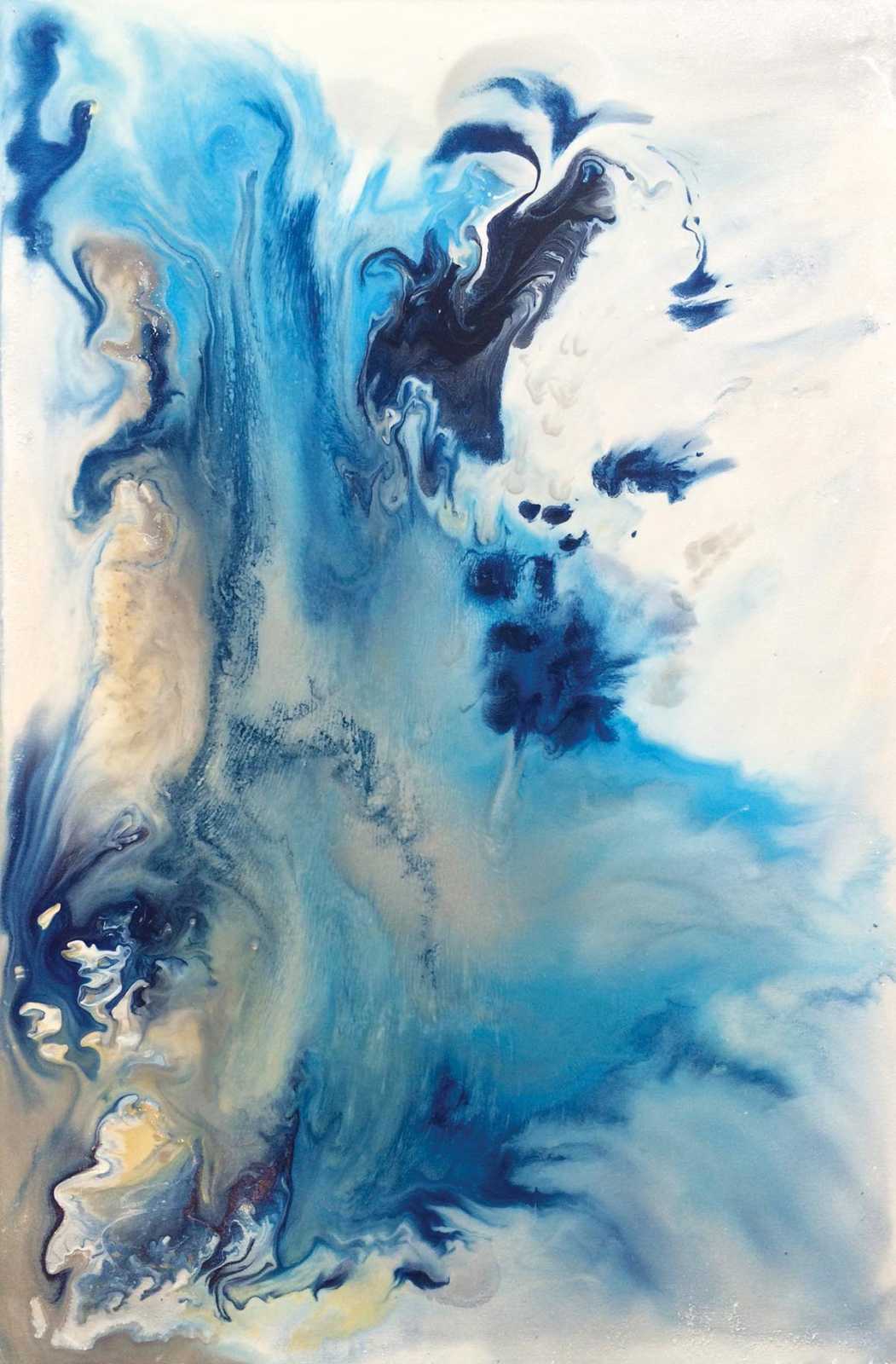 With titles like Potomac Waters, Sea of Storms, and Alaska, Innis’s abstract paintings hover over Earth, looking like aerial landscape photographs or even detailed maps. This is what it must feel like to be an astronaut, staring down at the striking, clashing colors and unexpected patterns below with a mix of detachment and ownership.

Innis’s upcoming Hollywood show centers around one piece in particular. The 60×90-inch The Narrative of the People is the most like a map of all of her works, with the apparent landscape speckled with countless tiny symbols. But there is no legend to this map; the symbols don’t mean anything. It comes from the artist’s fantasy that we could have a “universal language,” that we might find some common ground while honoring our diversity. “I wanted to make a piece that represented this universal language that connected all of us in the midst of these [disparate] positions that we have,” Innis explains. “I wanted it to be abstract, but I want [viewers] to feel that energy, and so far they have.”

Innis describes how much of this work has been inspired by the current political climate, not just within the United States but worldwide. However, she never strays far from the place that originally fostered these Earth-laden abstract works, one that brought her closer to the textures and colors of untouched nature: Uganda. 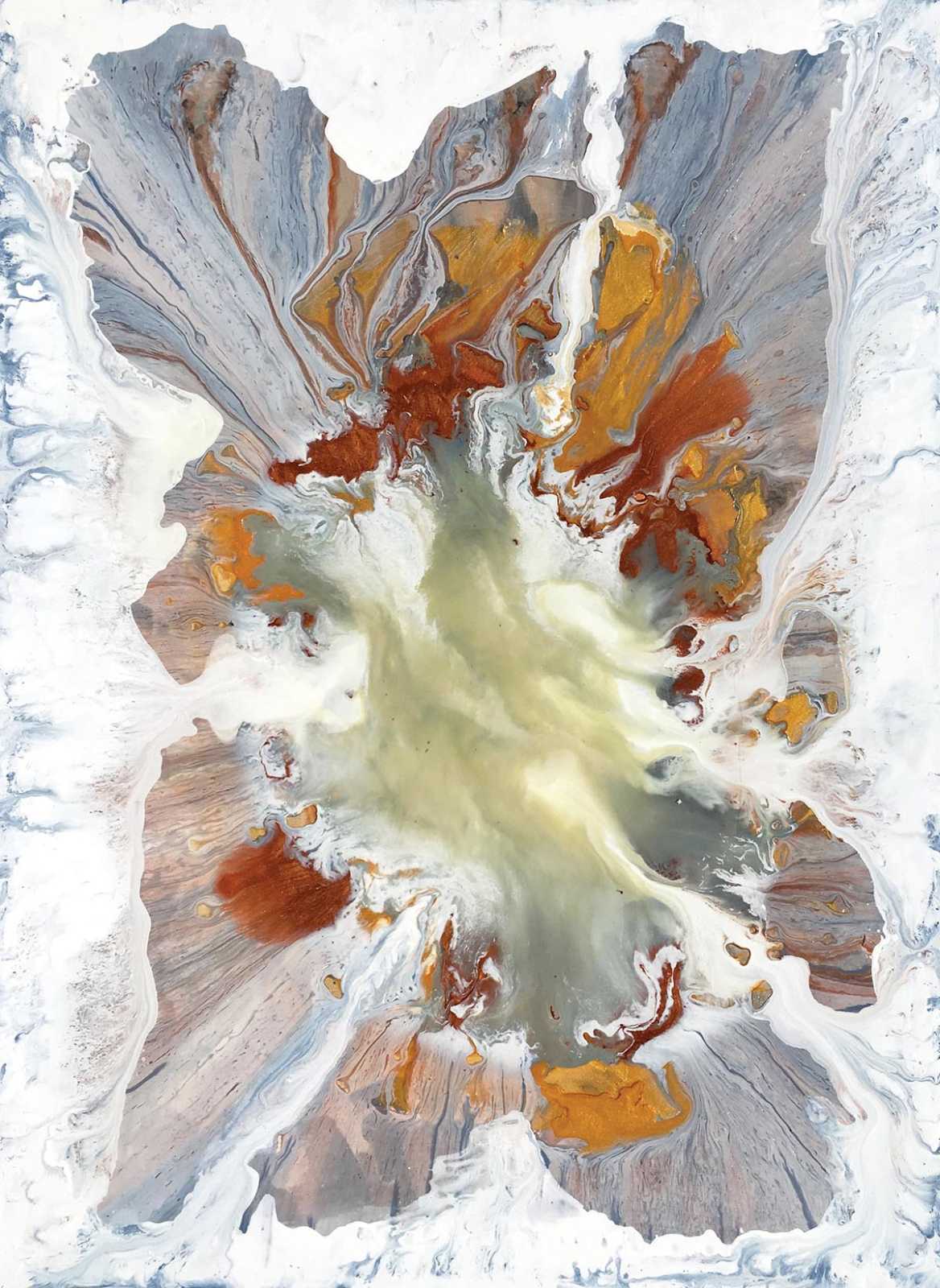 After graduating in 2012 from Westmont College in Santa Barbara with a B.A. in Studio Art, Innis was reluctant to commit to becoming a full-time professional artist and so pursued a number of careers with interior design firms and E! Entertainment. Fulfilling the dream of every twenty-something who’s stuck in a job they hate, Innis quit everything in 2013 and went to Uganda for three months to work with a nonprofit. She has since returned two more times, and plans to return immediately following her upcoming show. 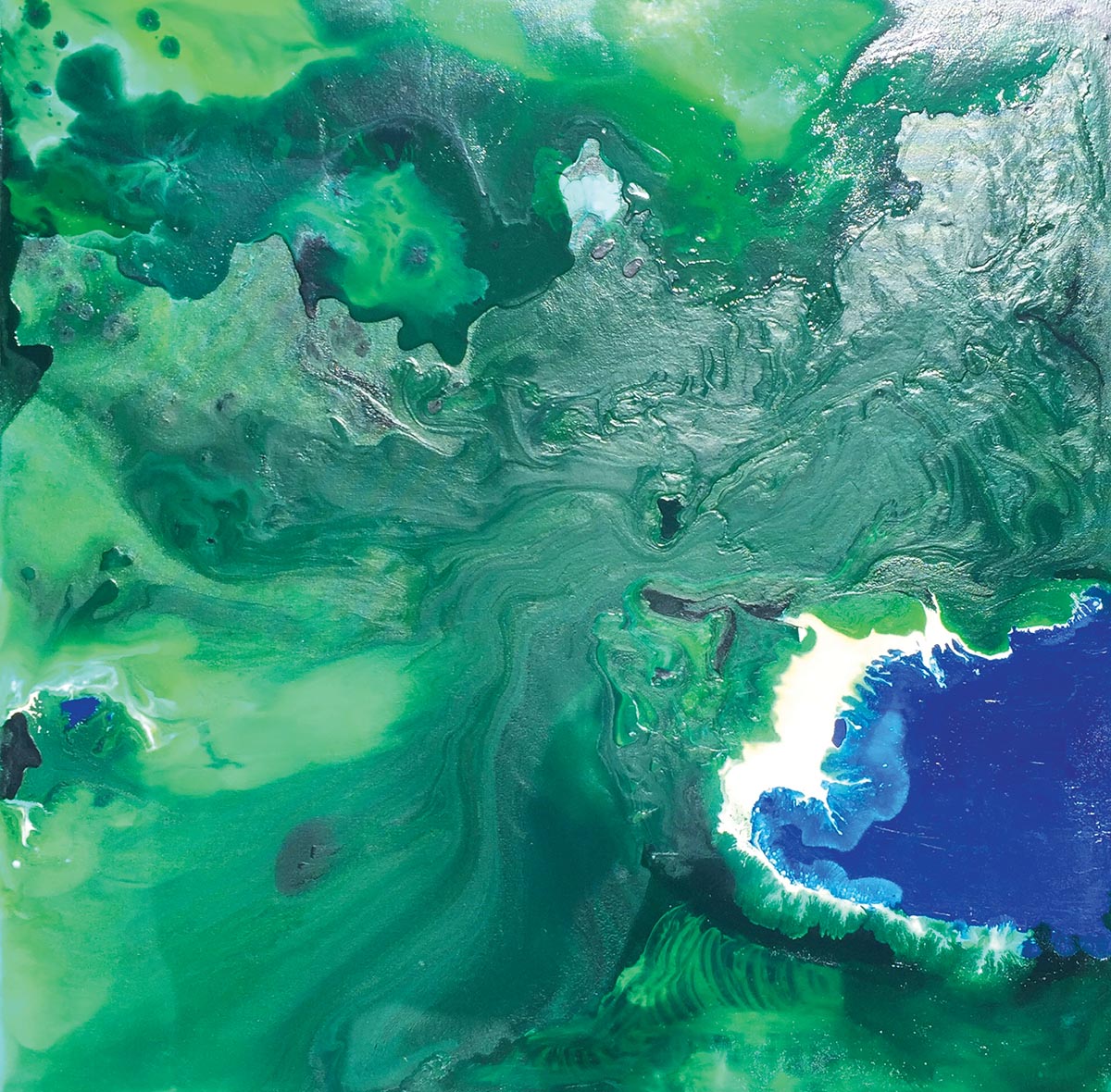 Says Innis, “It’s been so interesting [to observe] how dividing not only politics are, but the polar opposites that we have in society, the divisions that we have, whether it’s Republican and Democrat, or black and white skin, Christian and Muslim … These titles create such huge wedges between us. Processing all that has led me to do this new series.”

This is the art of a young person who has gone out into the world and come back hopeful. Her work is searching, reaching out, and eventually coming to rest on the hope that the world offers in return. 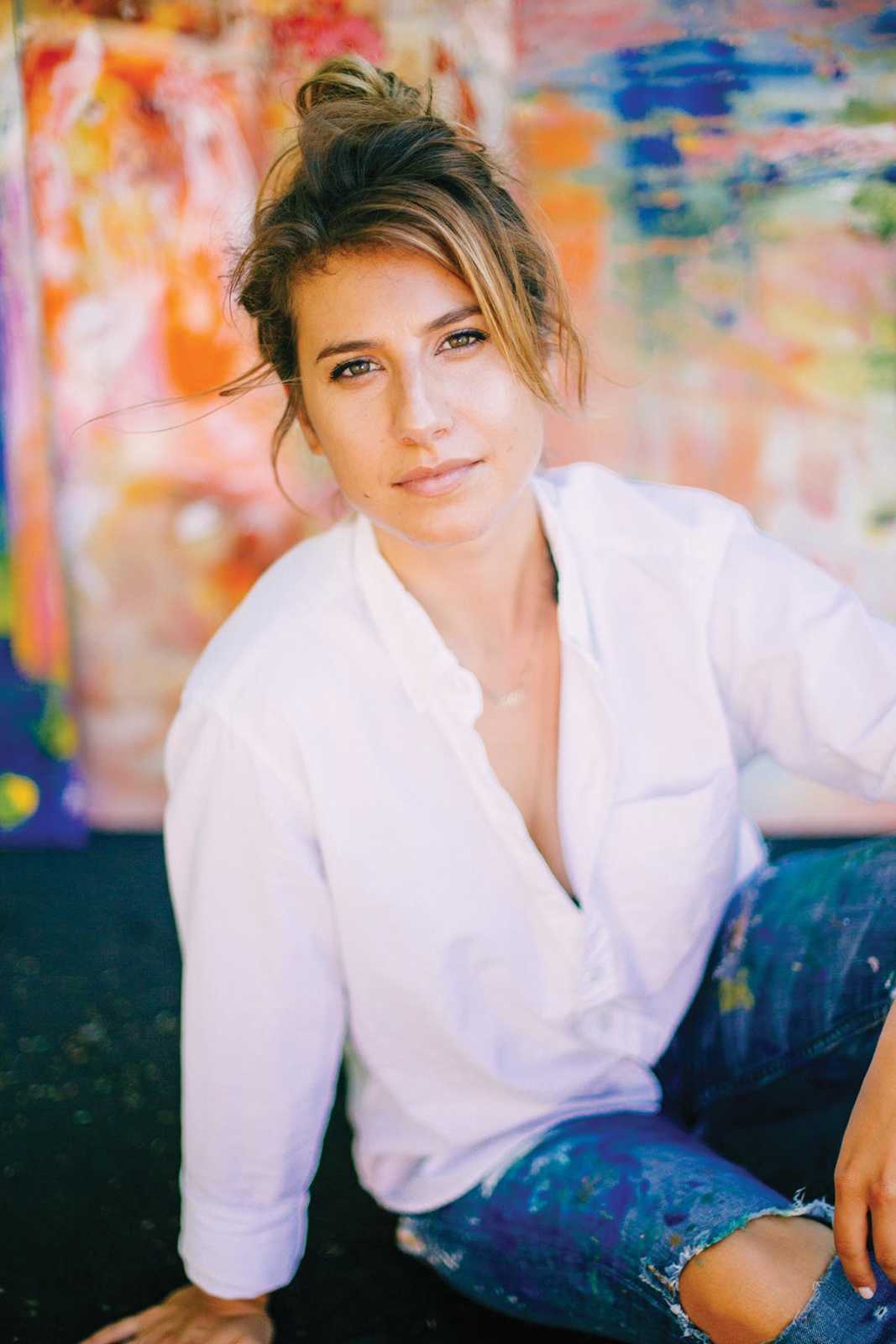