“The experience feels like you are inside some giant movie, where only you know it is a movie. Invigorating and revealing.”
—The Chicago Tribune

One step at a time like this—a forward thinking, one step ahead of all of us theatre company from Australia, refuses to use capital letters or punctuation. Why should they? They specialize in extreme maverick. OZ Arts Nashville, our very own special creative place, welcomes the celebrated Melbourne, Australia-based theatre company for the creation and performance of a new version of their acclaimed work Since I Suppose, based on Shakespeare’s Measure for Measure, exploring city government, its corruption and morality. 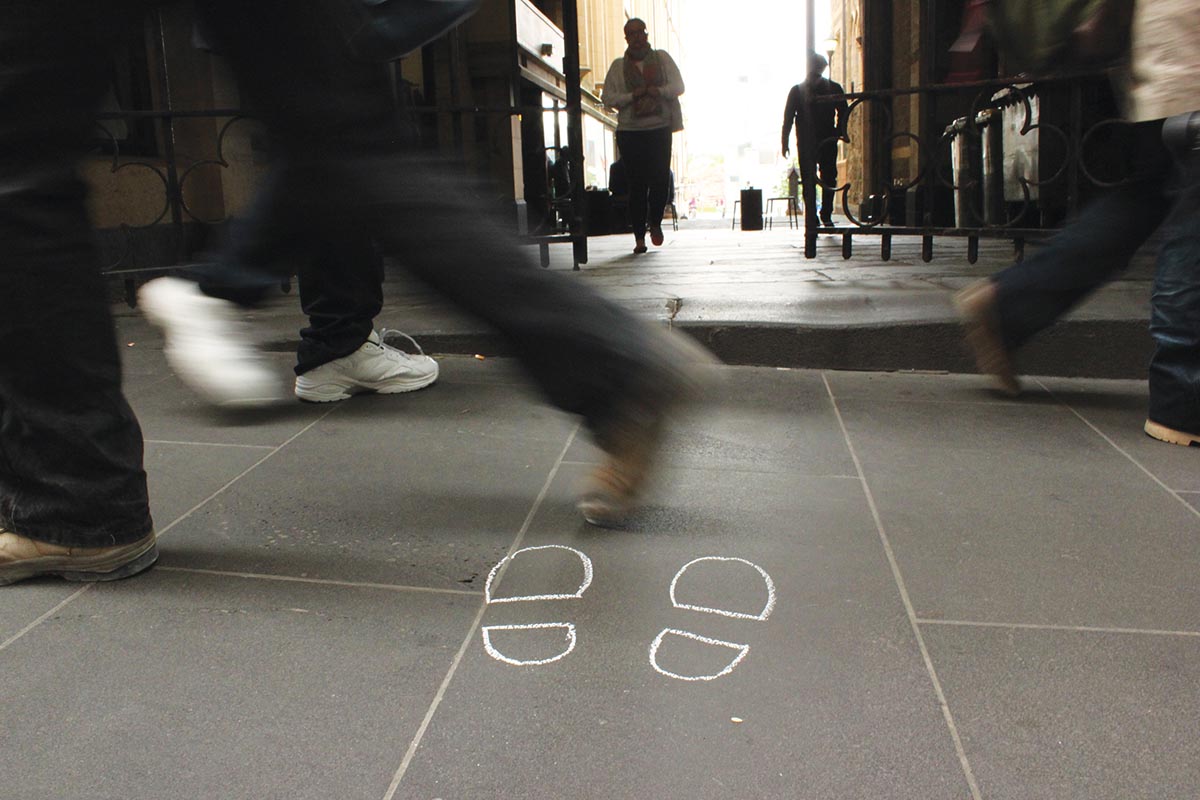 one step at a time like this creates place-responsive and conversation-based works, focusing on the activity of the audience as an essential element in the work, exploring ways to allow audience members to find a point of relaxed engagement, involvement, and activity in the imaginable and real worlds unfolding before them. Since I Suppose, directed by Suzanne Kersten and commissioned by and developed with Chicago Shakespeare Theater and Richard Jordan Productions, in association with the City of Melbourne through Arts House, arrives in Nashville and runs October 5–23, 12 to 8:30 p.m., 140 minutes in length, one person at a time.

What exactly is this again? They won’t share too many details because there’s an element of surprise that adds to the experience. The odds are you buy your ticket and show up at an appointed time in a specified place. Then, you hit the streets of downtown Nashville, one person at a time, for an utterly unique take on William Shakespeare’s classic urban play Measure for Measure. Participants walk from one city locale to another, using a custom app on a smartphone and wearing a headset to guide them through the performance. Meanwhile, Since I Suppose transposes the narrative to Nashville, employing shards of text, music, instructions, and video to move audiences through the scenes of the story— sometimes as voyeurs, other times as active participants in the experience. Over the course of the performance, each audience member is guided to landmarks and venues throughout downtown. Hopefully, one step at a time like this, even longtime Nashvillians will see their city in a new light. OK, I get it. That’s cool. 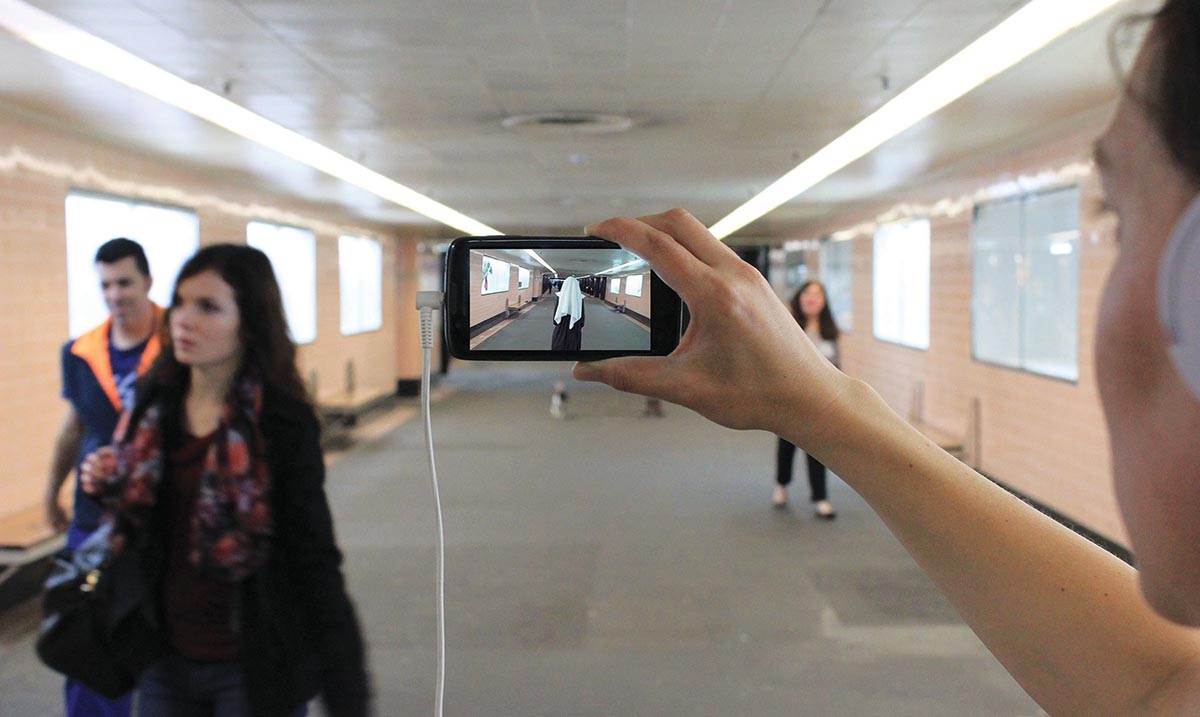 Since I Suppose; Photograph by Paul Moir

Since I Suppose was premiered in Chicago in September 2014, following the success of their site-specific theatre piece En Route, created for Melbourne Fringe Festival in 2009. The company has created more than twelve original works since 2001 and has been presented at prestigious institutions across the globe, including London Olympics, Seoul Performing Arts Festival, Traverse Theatre Edinburgh, Melbourne International Arts Festival, Auckland Arts Festival, and Clonmel Junction Festival (Tipperary, Ireland), among others. In Nashville, the company will work with local actors and theatre students for the production, and prior to the premiere, October 5–23, they will be in residence with OZ Arts, September 23–October 4.

A heads up about Since I Suppose—if you plan on attending, it’s a 21+ event with adult themes. Reserve your spot early; there is limited capacity. Dress for the weather and wear comfortable shoes. The starting location will be provided via email after booking. Audience members are required to use a basic media device but will be given a short tutorial at the beginning of the show. 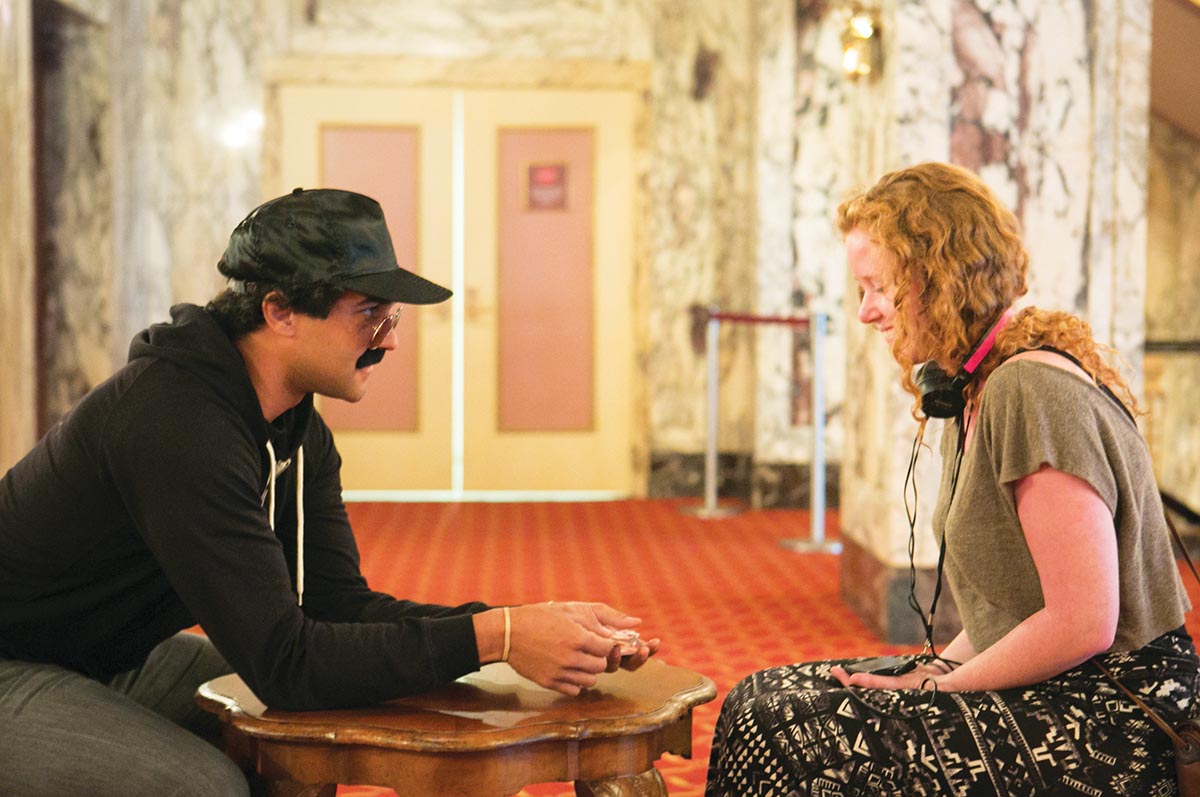 Since I Suppose; Photograph by Michael Litchfield 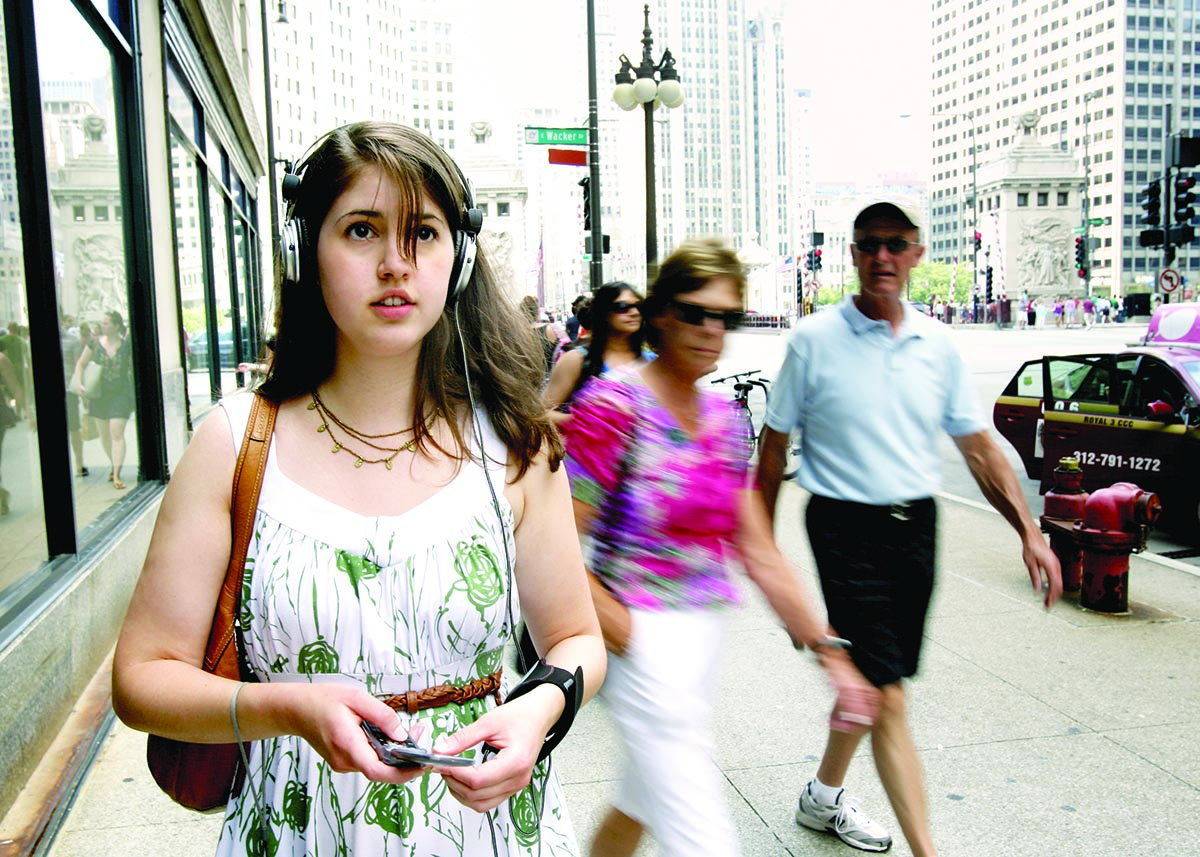 Since I Suppose; Photograph by Chuck Osgood

Tickets start at $75.00 and can be purchased online at www.ozartsnashville.org/one-step-time-like-since-suppose.