They come as a mad rushing flood of humanity, dozens of new Nashvillians each day. The few natives among the waves return to a city nearly unrecognizable as their place of birth. Having sensed that this transformed Nashville would make for a receptive audience, Banning Bouldin has come home after a successful international career in dance and established the contemporary dance collective New Dialect. Her company has quickly positioned itself at the forefront of a contemporary dance renaissance in Nashville. Bouldin left Tennessee as a teenager when her hometown couldn’t provide the cutting-edge dance education she desperately desired; now she’s a leading force in making Nashville a global dance destination. 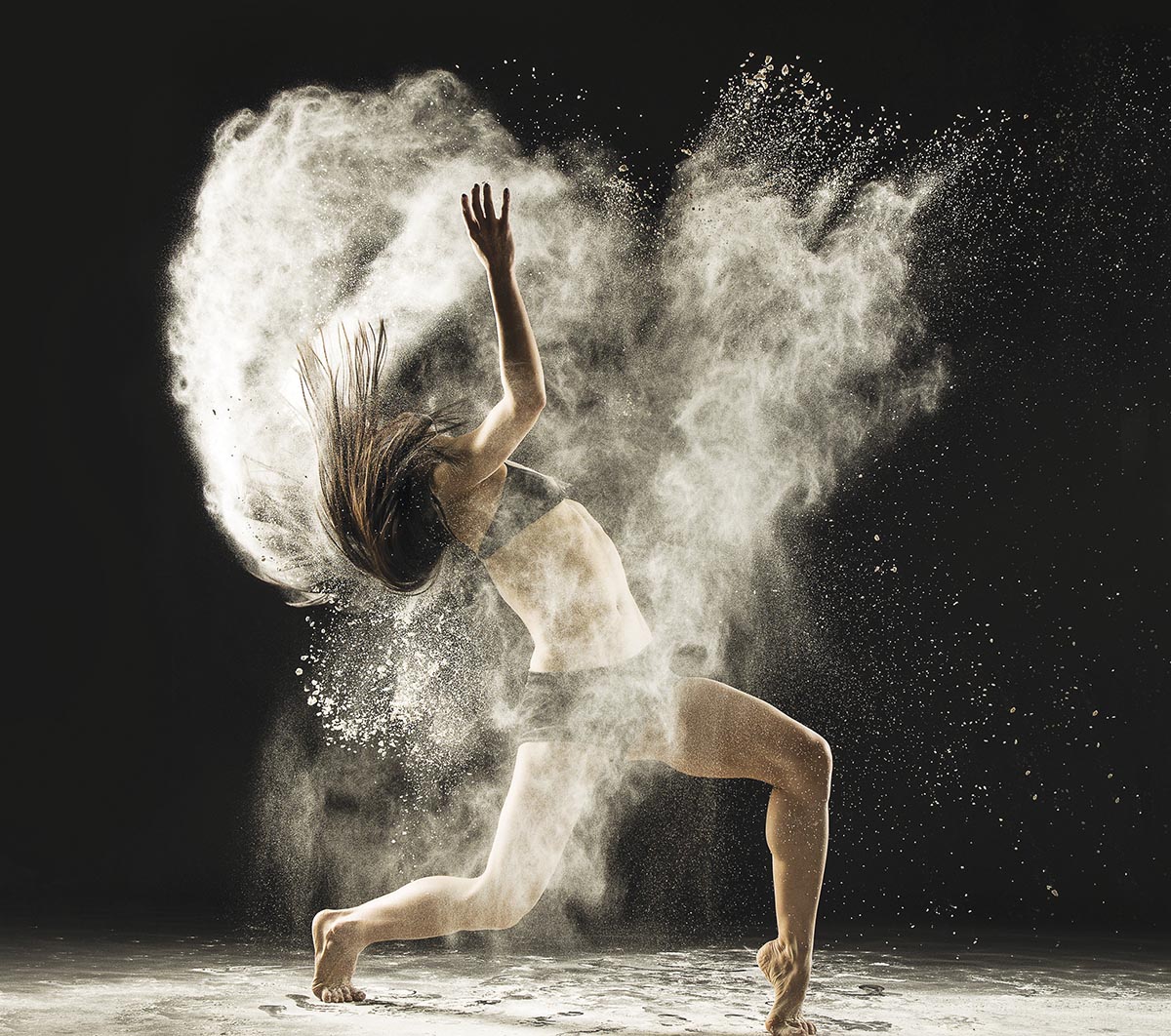 This November, New Dialect will perform at the Tennessee Performing Arts Center’s Polk Theater as part of a program Bouldin calls FOCO, or Folk Contemporary. The phrase comes from Chinese choreographer Yin Yue, whose remarkable work blends traditional Chinese, Tibetan, and Mongolian folk dances with contemporary conventions. “What I love about dance as a language, and as an art form, [is that] we’re not limited by the mother tongue, or linguistics, or someone’s capacity to understand the verbal language that we’re speaking,” Bouldin relates. “Our body languages unite us, in a way, in spite of our different cultural influences.” 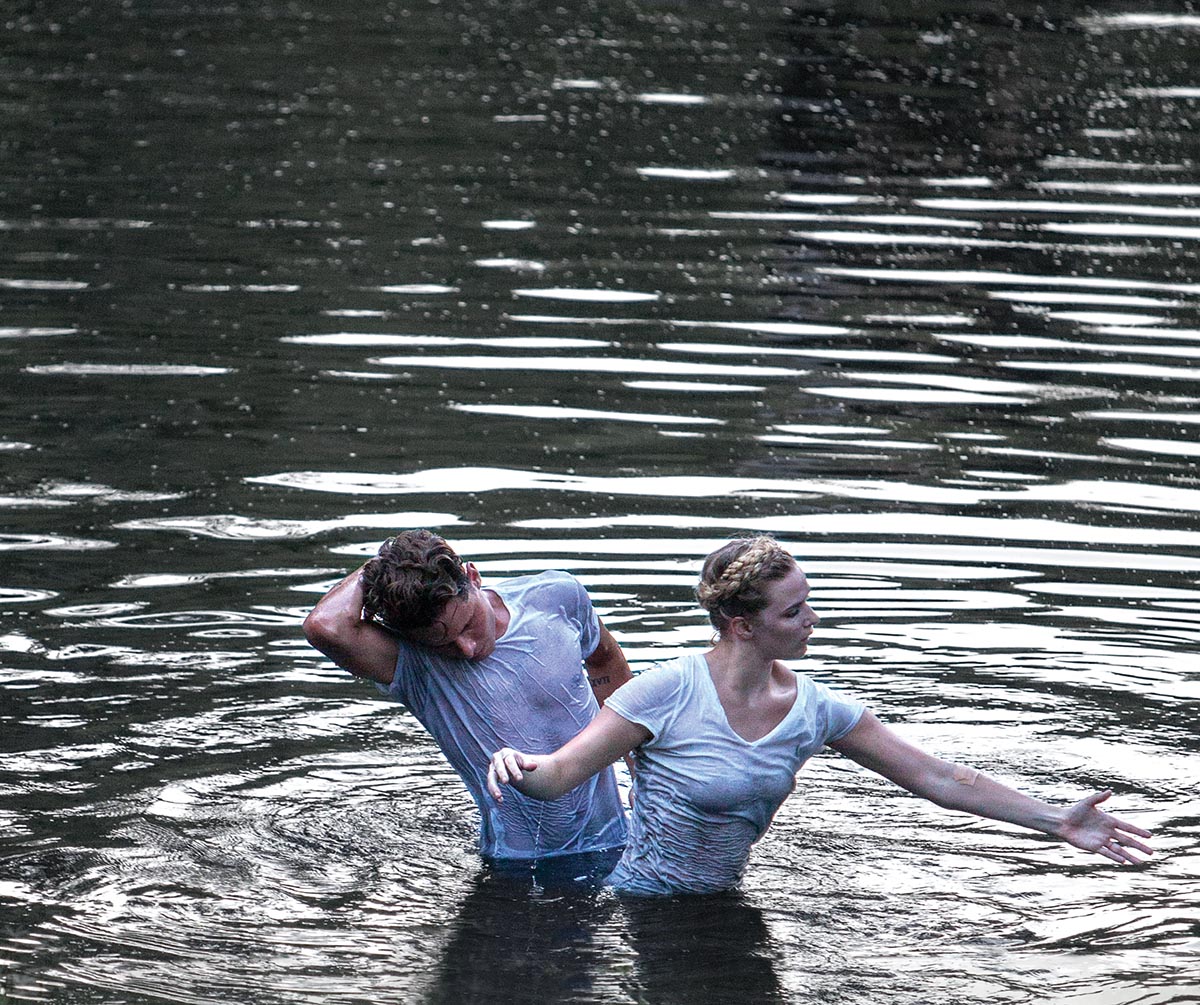 The FOCO program is a triptych of world premieres, with the dancers of New Dialect performing Yue’s revolutionary choreography along with works by Bouldin and Israeli choreographer Idan Sharabi. This is Sharabi’s second time working with New Dialect since their founding in 2012, and though his internationally celebrated improvisatory compositions are physically and emotionally demanding, his return to Nashville ostensibly signifies his seeing the company as up to the task. In conversation after a day of punishing rehearsals at the Centennial Performing Arts Studios, Sharabi states, “I like New Dialect. I actually like Banning a lot. I appreciate her as an artist…I really like a lot of her choices—not only because she chose to work with me!” He laughs, but adds seriously, “I like the direction she’s taking with this group…I feel very comfortable and safe to create something.”

Bouldin has worked tirelessly to establish a fertile environment for collaborative artistic creation. The artists that comprise New Dialect are supremely talented, but their most valuable skill as a company might be their adaptability. They are a sponge, rapidly absorbing new movement vocabularies and fusing them with Bouldin’s own unique style. Sharabi, shifting and twisting as he speaks—he is in constant motion, as if dancing endlessly to a music that only he can hear—admits that his challenging choreography is “very exposing for the dancer… It gets rough.” New Dialect’s members thrive in that vulnerable space, and Bouldin’s contribution to FOCO employs that ability to magnificent effect. 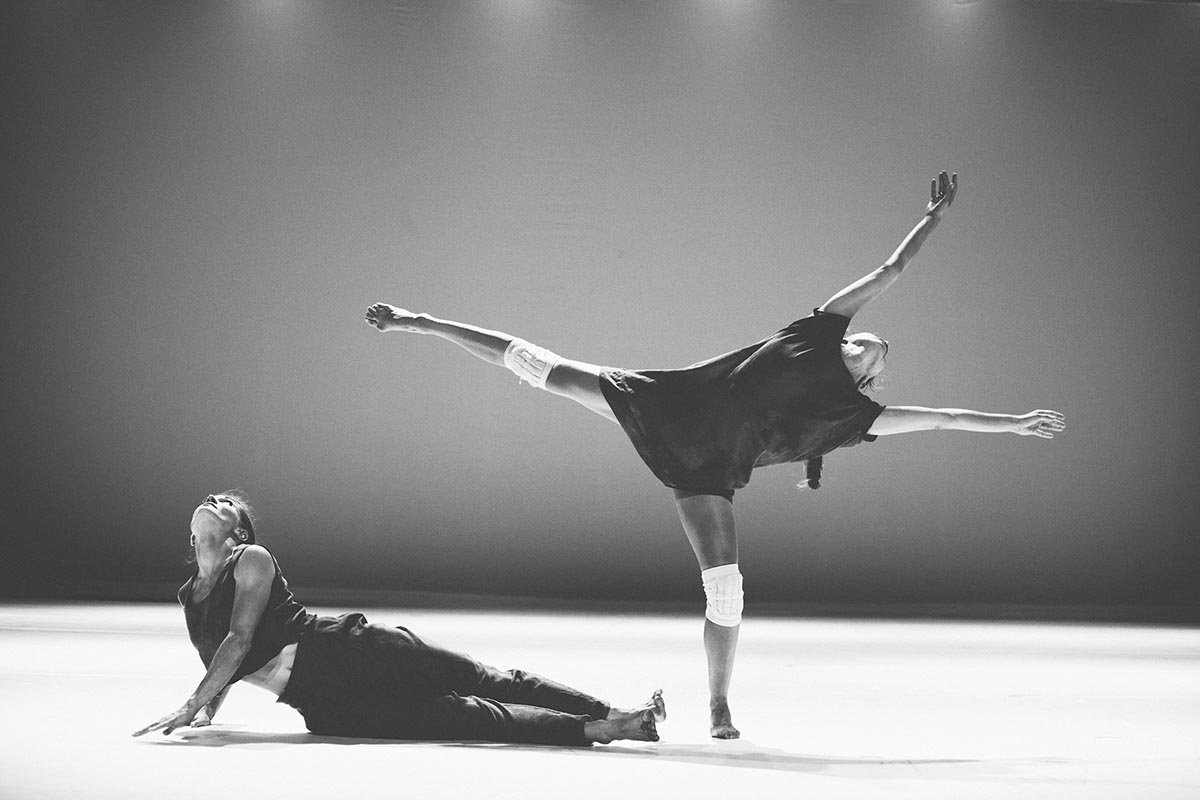 “What I love about dance as a language, and as an art form, [is that] we’re not limited by the mother tongue, or linguistics, or someone’s capacity to understand the verbal language that we’re speaking. Our body languages unite us, in a way, in spite of our different cultural influences.”

The sixteen-minute work HEAP will end the evening at TPAC. In articulating the intricate process behind the piece, Bouldin explains, “I developed a series of writing prompts that were entirely based on the dancers’ own personal experiences with discrimination and privilege, having to do with their race, their gender, their sexual orientation, their religious background, [and] beliefs.” From those prompts, the dancers created abstract poems reflecting their experiences: some profound and enlightening, some devastating and raw. “It took a lot of courage for them to go to these places together,” she shares. Bouldin then isolated the natural patterns of speech contained in the dancers’ poems, so, she says, “The syllabic rhythm of their text became the definition of how quickly they moved and where things were sustained.”

The final product is melancholic, dense, and breathtaking. Dancers whirl between piles of old clothes, whisper untold secrets, walk atop each other’s bent spines. With grace and focus, they move through their own stories.

New Dialect’s FOCO is at TPAC’s Polk Theater on November 11 and 12 at 8 p.m., with seats starting as low as $15. Visit www.newdialect.org/events/foco for more information and to purchase tickets.