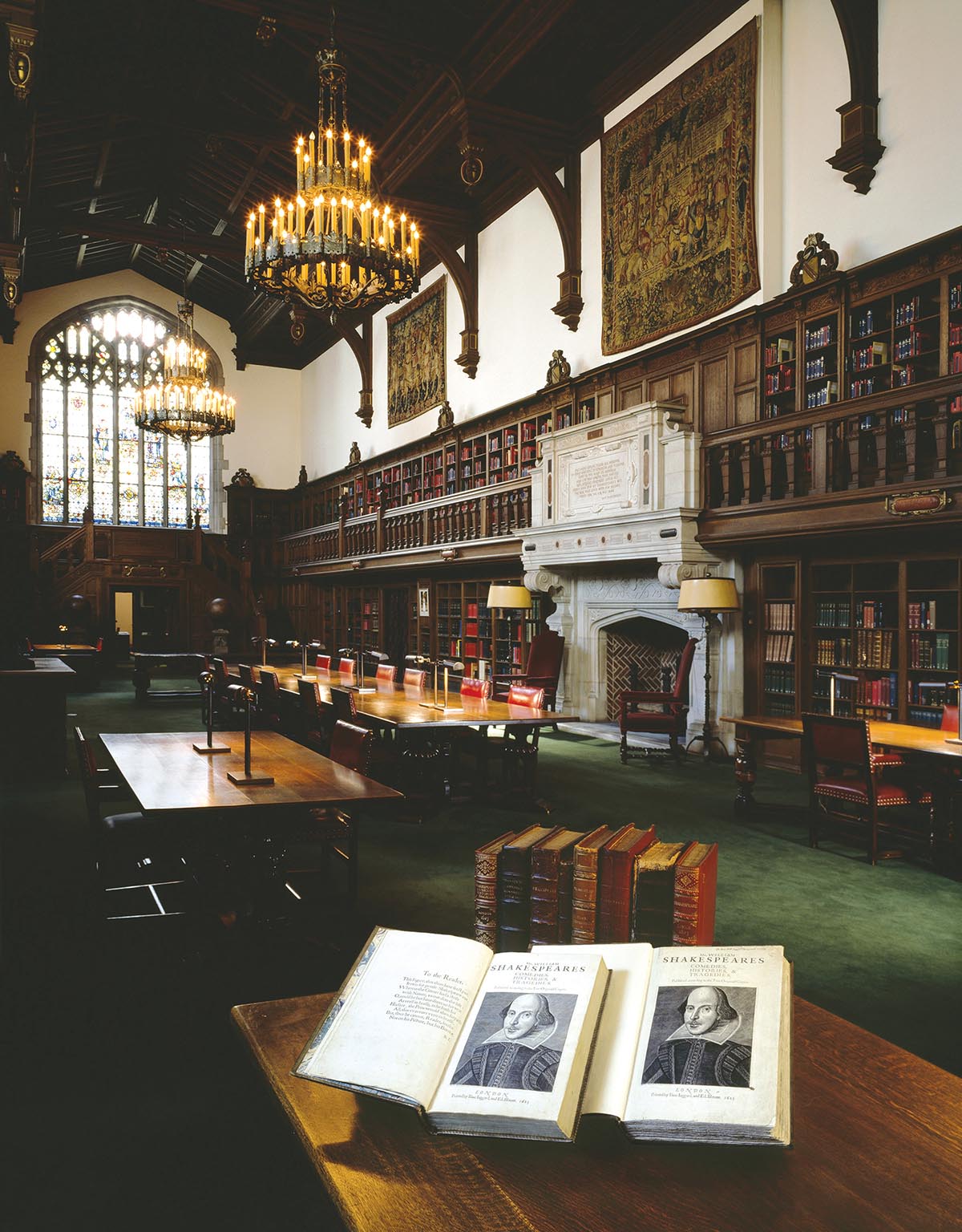 When Wesley Paine, Director of the Parthenon Museum, and her colleague Assistant Director Lauren Bufferd heard of the opportunity to exhibit a 400-year-old book written by William Shakespeare, they knew they had discovered a sizeable prospect. “The impact of this publication, not just within literature but all areas of arts and culture, is just extraordinary,” proclaimed Paine, teeming with an excitement equally shared by Bufferd. And it’s an excitement well deserved. Having applied to host the traveling exhibit, organized by the Folger Shakespeare Library in Washington, D.C., in partnership with the Cincinnati Museum Center and the American Library Association, the Parthenon was one of only a few Tennessee venues in the running to display this artifact. “The Folger toured a limited number of Shakespeare folios under the condition that every state in the U.S. will host a book; however, only one venue is allowed to exhibit the folio for each state,” explained Bufferd. “It is such an honor for the Parthenon to have been selected as Tennessee’s venue!”

Compiled and published by Shakespeare’s colleagues John Heminge and Henry Condell in 1623—seven years after Shakespeare’s death—the folio is the earliest book that consists solely of 36 Shakespeare plays, half of which had never been published prior. Having traveled the United States extensively over the past year, the exhibit will come to its close in Nashville from November 10 through January 8, 2017, at the Parthenon. 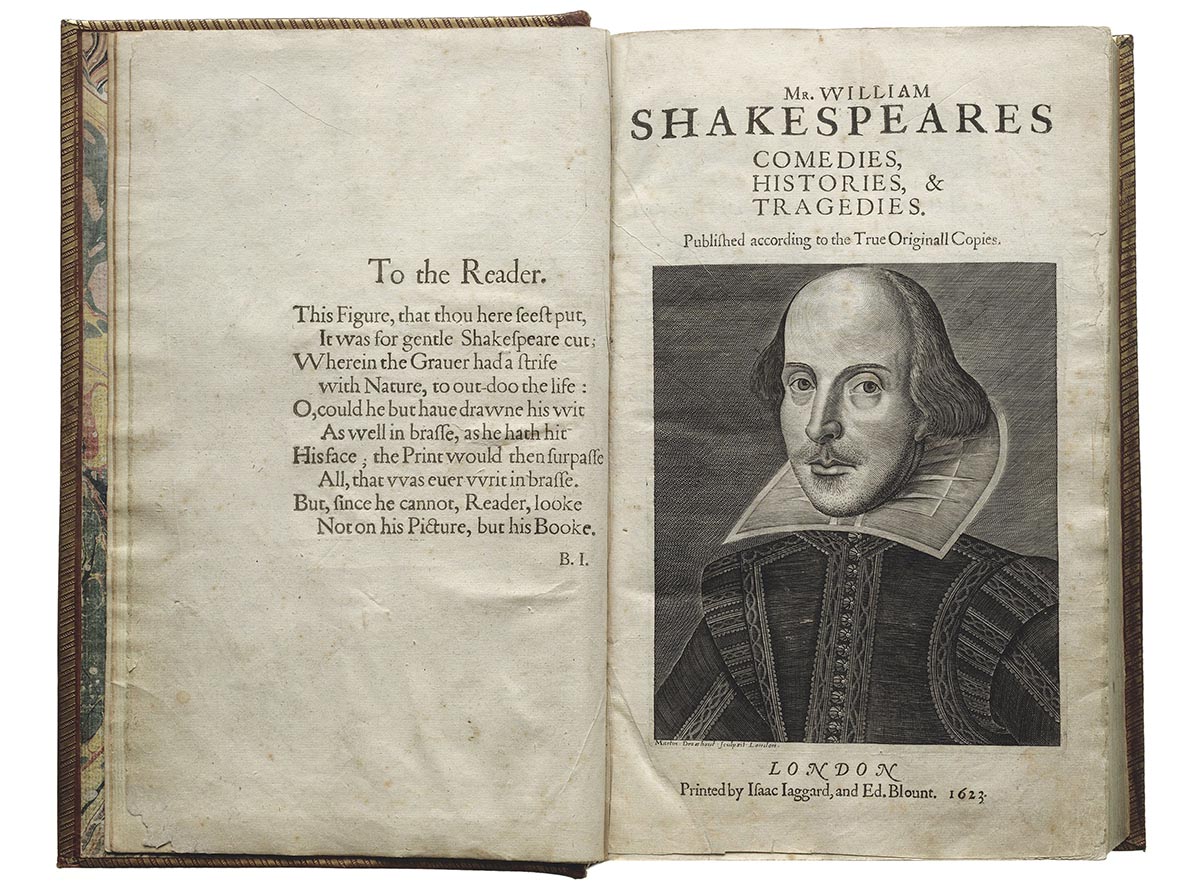 At first one may question the relevance of exhibiting this artifact at an art museum. The folio is, after all, a somewhat modest object in its appearance. Bound in brown leather, it is not a book that harbors the same aesthetic presence as a weighty illuminated manuscript whose handwritten text and illustrations elevate it into the realm of fine art. Rather this folio, exhibited with its pages opened to the eminent Hamlet soliloquy that asks, “To be or not to be?”, maintains a visual calm in its appearance, offering balance to the rhetorical richness that saturates the text upon its black-and-white pages. “We recognize that the significance of the book lies more in its content than in its beauty,” stated Paine. But the content that she speaks of is nothing short of priceless. Grouping the plays into comedies, histories, and tragedies, the folio is the primary source for productions such as Comedy of Errors, Macbeth, The Tempest, and The Taming of the Shrew. Had the folio’s creation not occurred, these and other Shakespeare plays would have most likely been lost forever.

A writer whose labors both construe and define the human psyche, Shakespeare’s literary mastery is rendered timeless. First Folio! acknowledges the importance of Shakespeare’s authorship while also spotlighting the significance of the printing-press process used to publish the book. “We want to make sure that we both address Shakespeare’s influence on the arts and recognize the beginning of mass communication—an invention whose effect is staggering,” stated Paine.

“Nashville also has such a rich printing-press history, with Hatch Show Print and Sawtooth Print Shop, for example, that we want to acknowledge this connection to our city,” Bufferd added. The exhibit links these aspects through public programs that investigate the ever-expanding definition of the term “icon.” 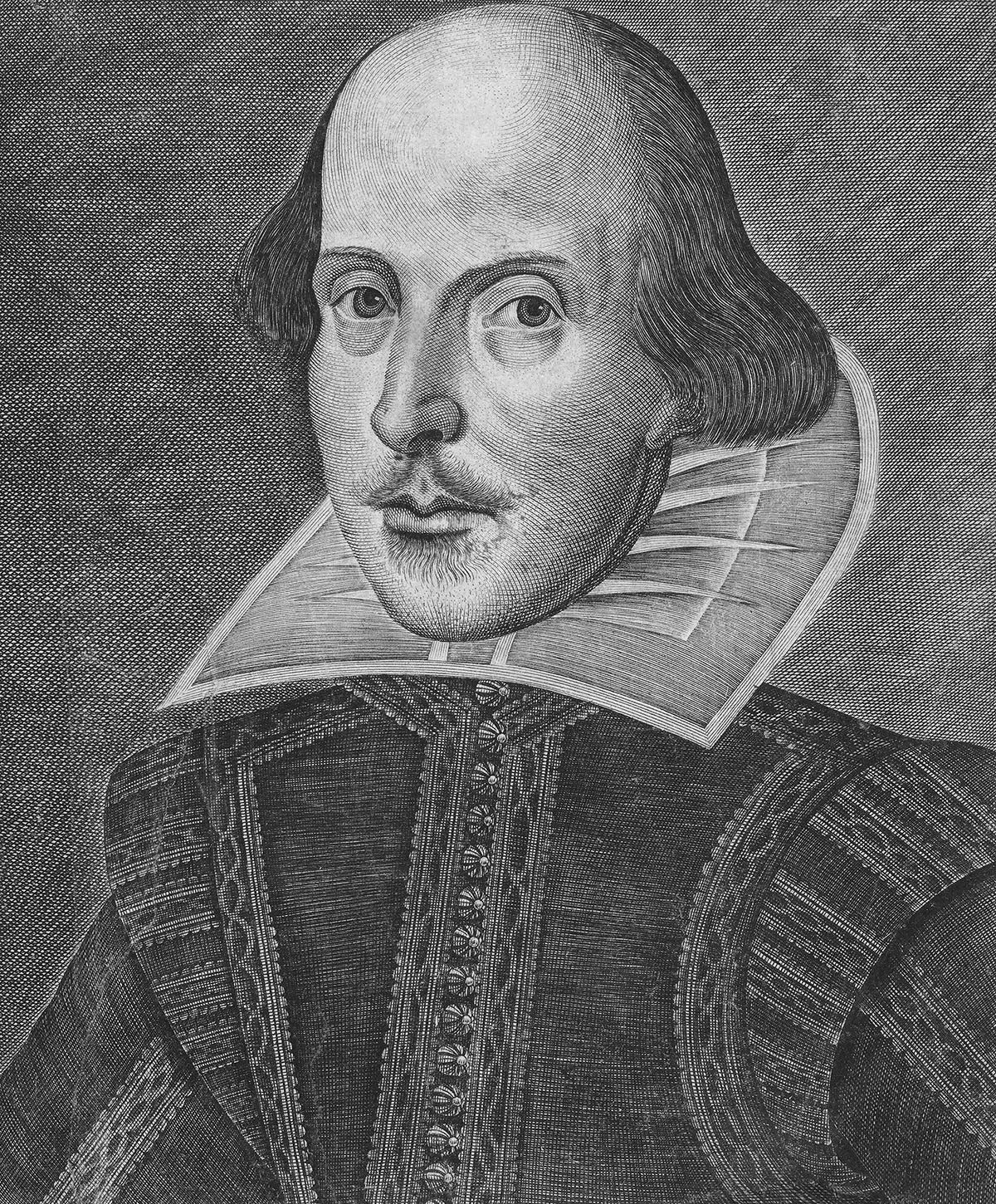 The Bard of Avon, William Shakespeare

“Shakespeare is an iconic writer,” Bufferd stated, “So we wanted to both celebrate this and connect it to the Parthenon.” Artwork selections from the museum’s collection are exhibited in conjunction with the folio as a means of illustrating the influence and understanding of icons throughout history. “And, of course, there is our building whose columns alone offer much contribution to discussion about the icon,” Paine mused.

The dramatic arts are also included as a programming highlight, with Shakespeare performances—both scripted and improvisational—offered by troupes from the Nashville Shakespeare Festival, Nashville Public Library Puppet Theatre, and Montgomery Bell Academy. In addition, a free lecture about Shakespeare’s folios will be presented by Dr. Katherine Haynes, Associate Professor of English at Aquinas College, on November 17.

“We are very excited to be exhibiting this folio at the Parthenon,” Paine stated. “It is a wonderful opportunity to bring so many different art forms together in one place.”

First Folio! The Book that Gave Us Shakespeare is sponsored by Metro Parks, the Conservancy for the Parthenon and Centennial Park, Montgomery Bell Academy, and the English Speaking Union, with community partners the Nashville Public Library and the Nashville Shakespeare Festival. For more information, visit www.nashville.gov/Parks-and-Recreation/ Parthenon.