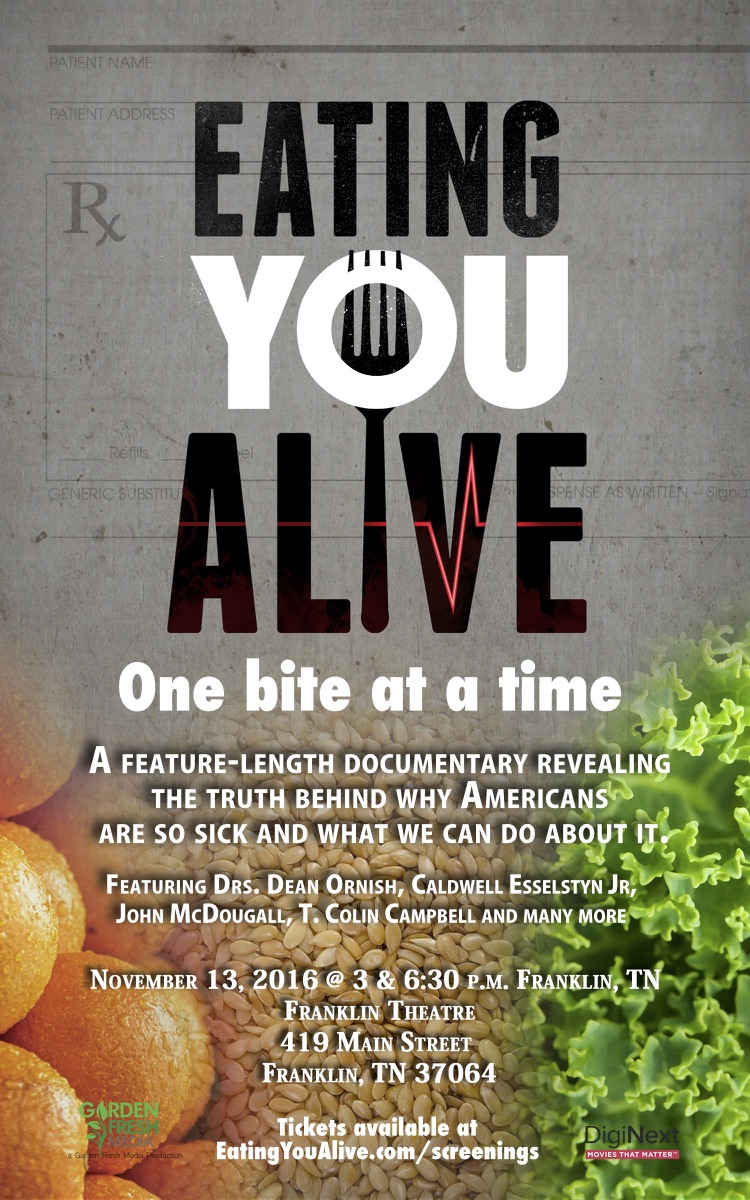 Director Paul David Kennamer, a Tennessee resident, features several celebrities and doctors who are similarly dedicated to spreading the message about American agriculture. The documentary features the director James Cameron (Titanic, Avatar), actor Samuel L. Jackson, magician/actor Penn Jillette, and many more. Many doctors are also featured in Eating You Alive, and their contributions help explain the complex medical material in the film.

Eating You Alive follows other recent documentaries about the impact of food on our health, such as Food Inc. and Fed Up, both critically acclaimed documentaries that take a similarly striking stand on consumption. But where previous films approach the subject in terms of awareness, Eating You Alive has a decidedly expository take on the issue. Executive Producer Kelly Frey calls the film an “investigative analysis of how we are all manipulated by big-pharma, big-agra, and even our own government.” This bold perspective, as well as the contributions from celebrities and doctors, give Eating You Alive a new take on an issue that impacts all of us.

Eating You Alive is screening November 14 at 3pm and 6pm at Franklin Theater. Tickets and information are available at www.eatingyoualive.com.