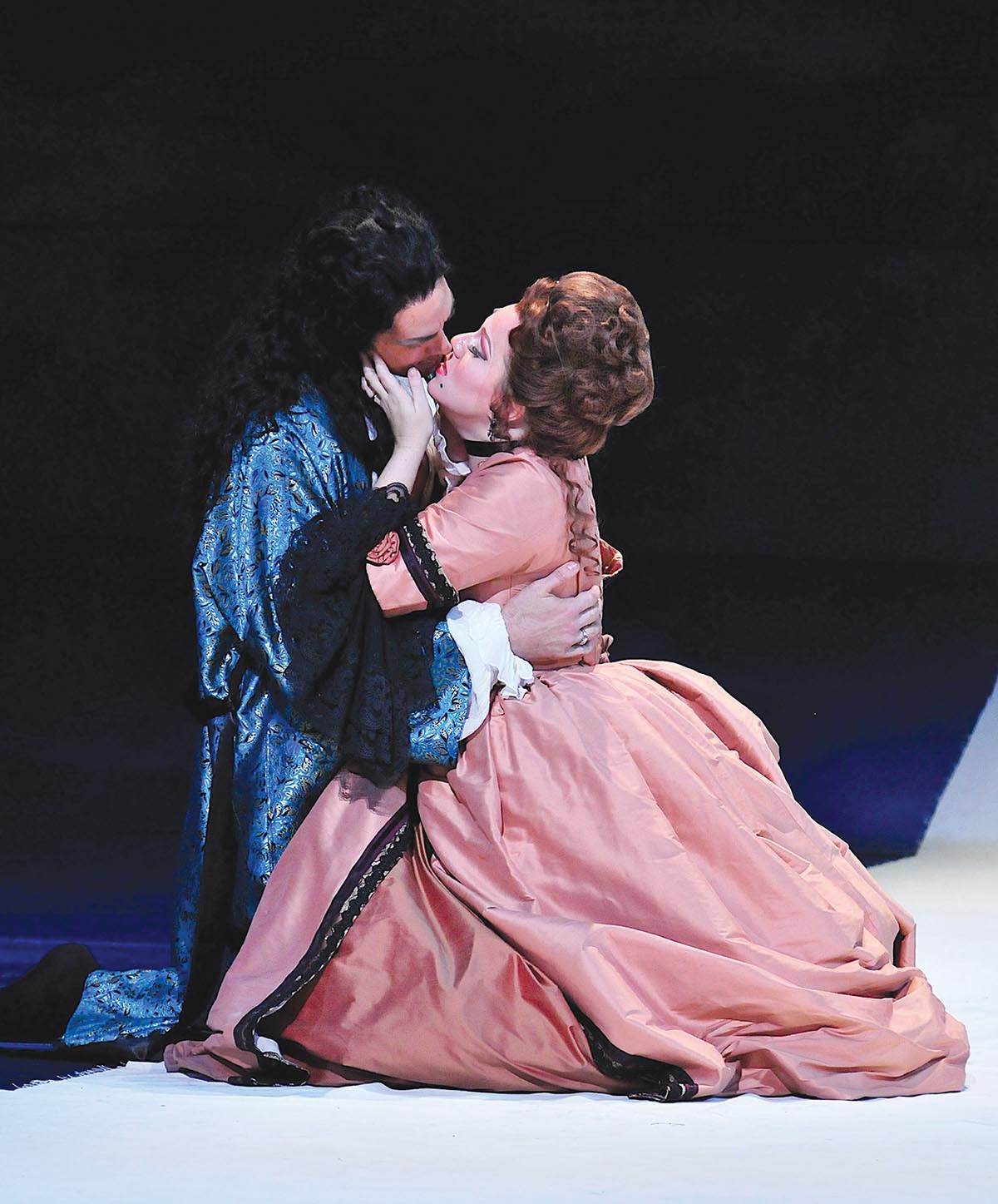 On October 6–8 the Nashville Opera presented a funny, beautiful, and timely production of Wolfgang Amadeus Mozart’s masterpiece Don Giovanni at the Andrew Jackson Hall in TPAC. Typically, the difficulty with this opera is balancing a basic tension between its identity as a comic opera and the fact that its hero is a rapist and murderer. Some productions downplay this aspect; Hoomes accentuates it, beginning right in the overture.

However, in Hoomes’s production, some characters are reinvented to emphasize the comic. This is where the production really shines. For instance, the aristocratic Donna Elvira is youthful, goofy, and downright sexy. In her beautiful Act Two Aria “Mi trade quell’alma ingrate” we see this prim and proper lady barefoot and in black lingerie, oddly risqué for a woman of her class, but the beautiful tone and subtlety of Alyson Cambridge’s voice, coupled with her intelligent physical comedy and charisma, made her the highlight of the evening.

Mezzo Laura Krumm’s Zerlina, the cute but pragmatically wise village girl, sang with a clear and precise voice in the most lovable manner. Bass-baritone Donovan Singletary seemed to have the part of Leporello easily in hand; his rendition of the “Catalogue Aria” was marvelous. Baritone David Adam Moore’s Don was just as marvelous, and his confrontation with Peter Volpe’s Commendatore, and the way their voices blended in the grand finale with Amy Tate Williams’s (always) excellently prepared chorus made the Don’s entrance into hell exquisitely unnerving. Here, as throughout the night, Dean Williamson directed the orchestra confidently, but with just enough reserve to let the singers own the spotlight. In all, the production was timely and refreshing—in an age of “locker room banter” and braggadocio, it is nice to see a philanderer get his just deserts.