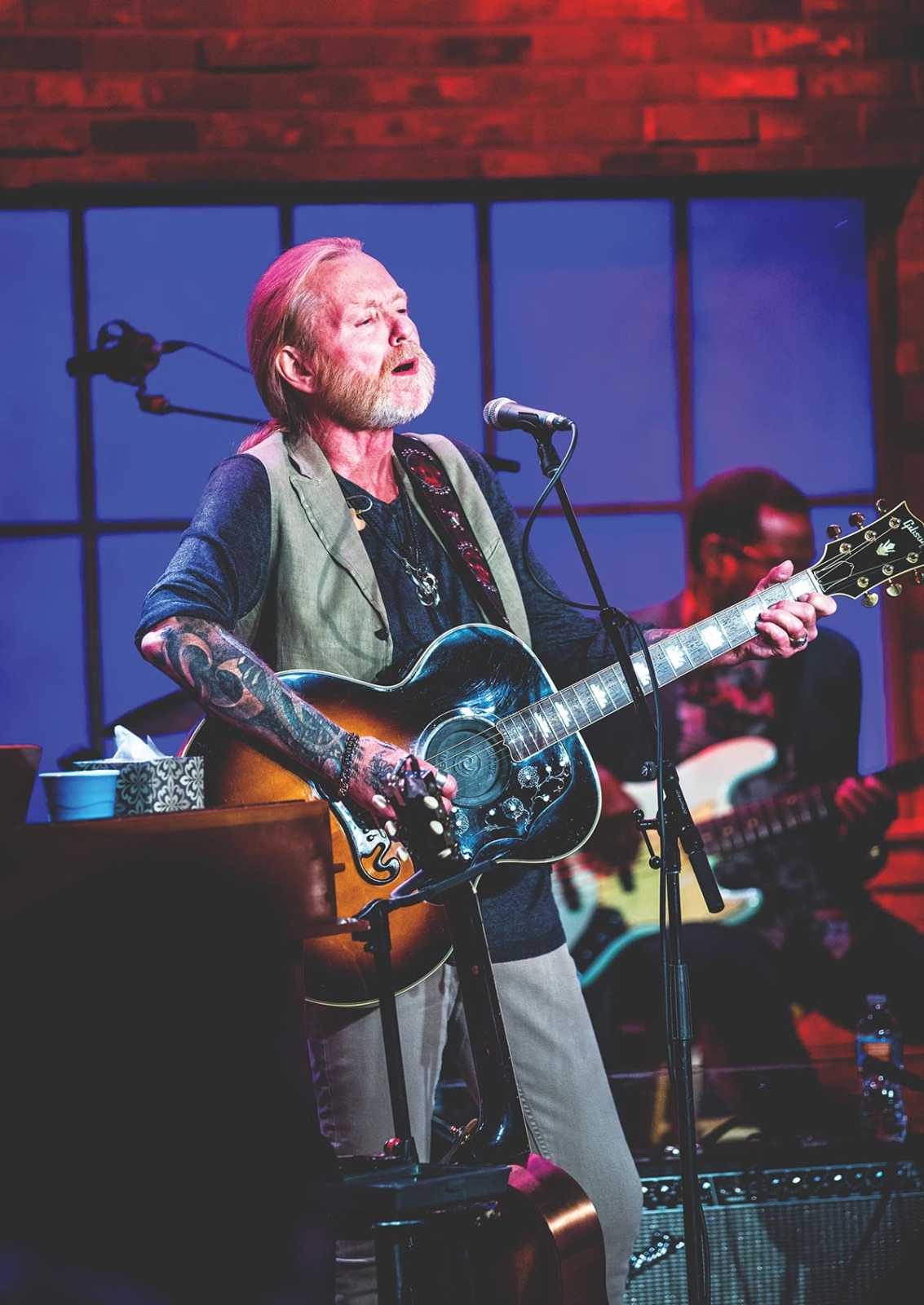 Skyville Live, the online series that streams live concerts out of a converted warehouse in Nashville’s Berry Hill neighborhood, has been around for only a couple of years. But that didn’t stop the show’s producers from attracting an overflow crowd to a recent performance.

The headliners for this program were the stars of the hit television series Nashville, and many of the show’s most ardent supporters packed Skyville’s state-of-the-art TV studio to see their favorite singers in action.

“Do we have any Nashville fans out there?” asked singer-songwriter Charles Esten as he mounted Skyville Live’s stage. The question elicited a tsunami of cheers and screams, suggesting the presence of numerous hardcore devotees. “Well, I’ve always been a sucker for cheap applause.”

The intensity of that enthusiasm might have been an expression of genuine relief. When Skyville Live initially booked the program, it was intended to be a farewell performance following ABC’s decision in May to cancel the popular television drama. By the time Esten, Chris Carmack, Clare Bowen, Mark Collie, J.D. Souther, and the other stars arrived for their Skyville Live streaming, CMT had picked up Nashville for a fifth season and a full 22 episodes. 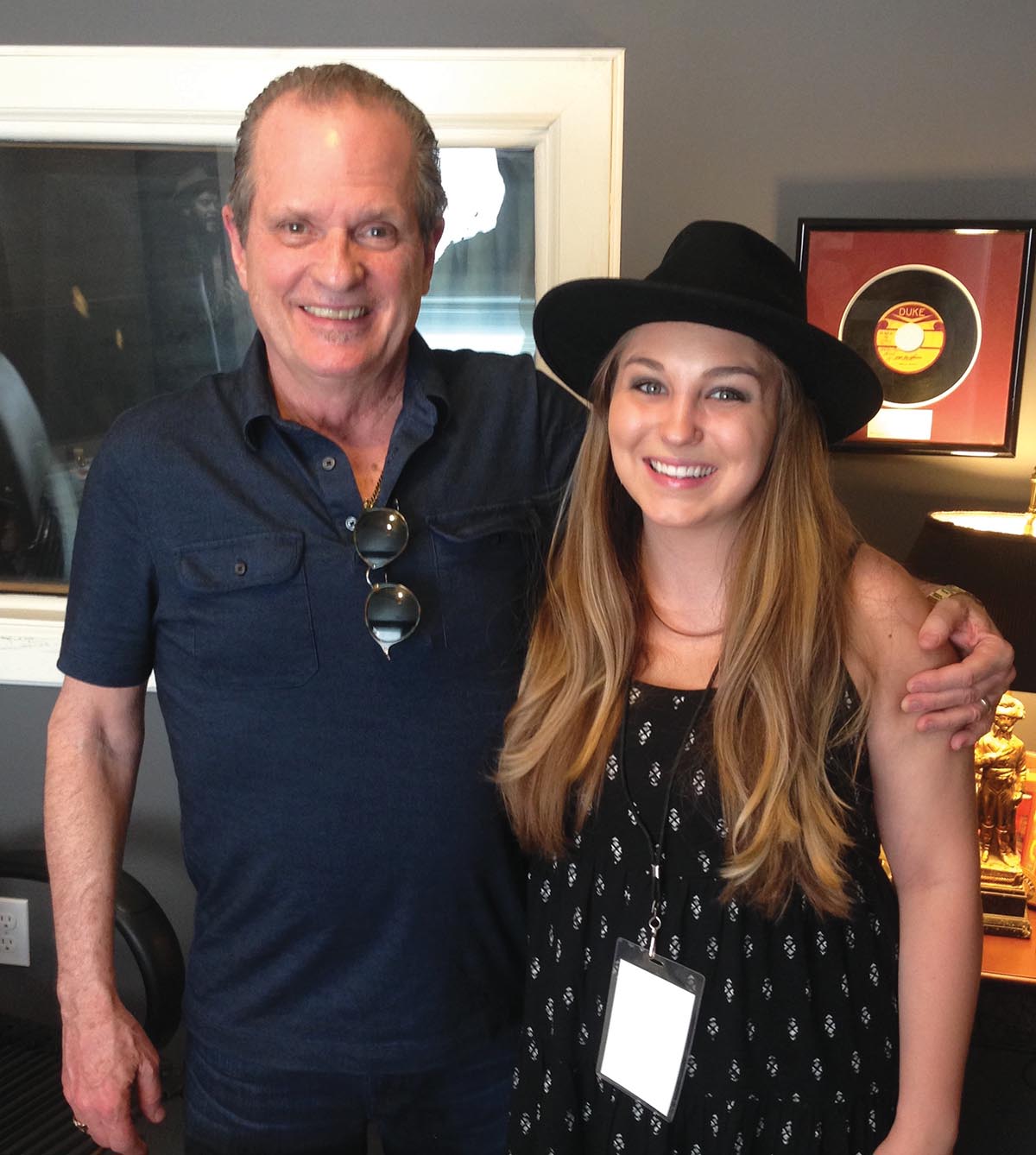 “Our timing turned out to be perfect,” says Courtni Jackson, the program’s associate producer. That’s nothing new. Skyville Live and its organizers have always had a keen sense of the moment. The company got its start as a music publishing and artist development business called Skyville, which songwriter-producer Wally Wilson and Grammy Award-winning producer Paul Worley ran out of a house in Berry Hill. “We’ve written a lot of songs in that house over the years,” Wilson says.

An important early mission of the company was the promotion of young, up-and-coming talent, performers Wilson calls his “baby acts.” To help these young artists gain valuable experience, Wilson took them to small venues like The Basement, where they got the chance to perform with more experienced musicians.

“When we took our baby acts on the road, we called their performances Skyville Live,” says Wilson. Eventually, those Skyville performances attracted the attention of reality TV producers, who thought a show about Wilson’s young musicians could make for lively television. Wilson rejected their offer. But the proposal gave him an idea. 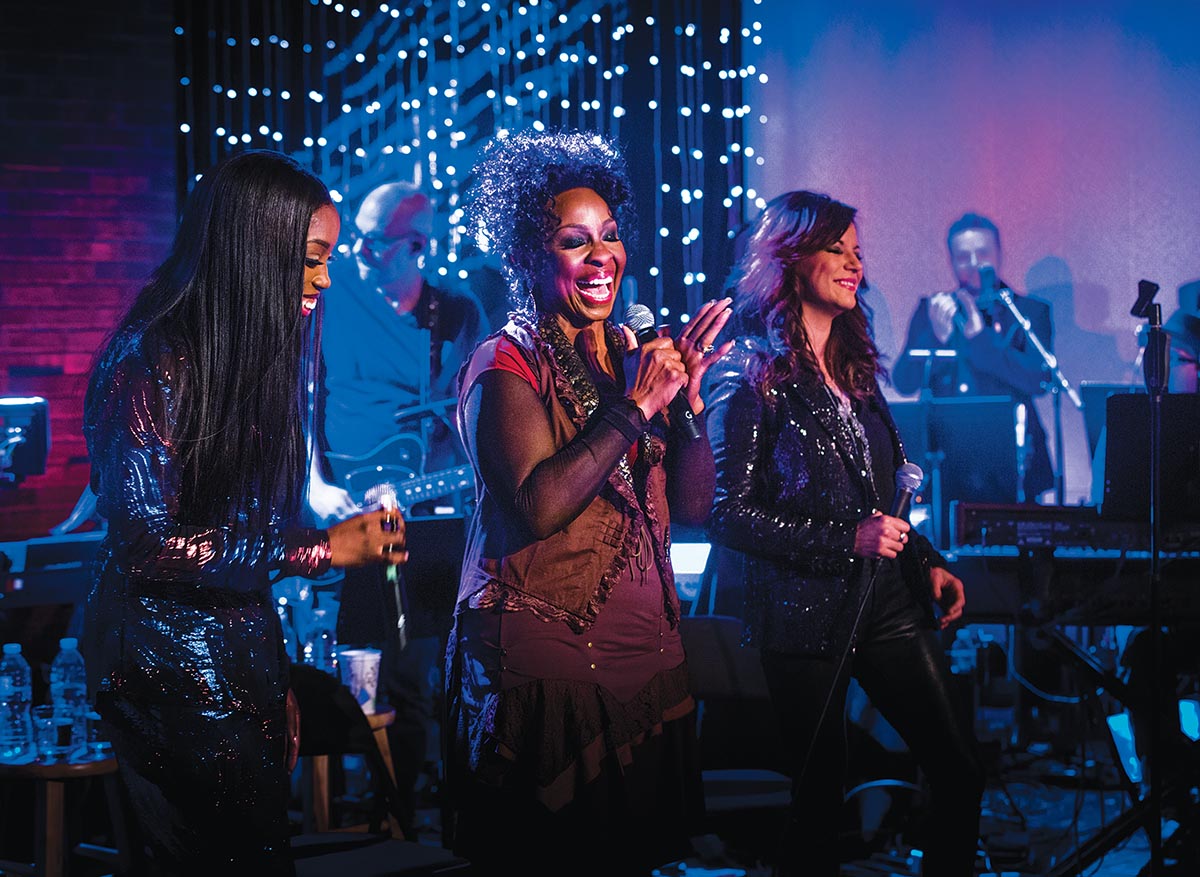 Instead of taking his baby acts on the road, Wilson decided to live stream one of their concerts from the company’s Berry Hill house. “I remember thinking that if we could get maybe 300 or 400 people to watch the live stream, then that would be better than the 30 or 40 people who might see our acts in a club.”

“We ended up drawing an audience of 12,000 worldwide,” says Wilson. “Now a lot of that was due to The Mavericks. All the same, with those kinds of numbers, it looked to me like we had a business.”

The first thing the new business needed was more space. A 10,000-square-foot warehouse and recording studio located directly across the street from Skyville’s Berry Hill house turned out to be the perfect site for Skyville Live’s new TV studio.

Next, Wilson and his partners put together a format for the new program that has proven to be a winning formula. For each show, Skyville Live brings in an iconic act, often a living legend, who performs alongside an established mainstream performer and a couple of fledgling acts. Top-tier performers who have appeared on Skyville Live’s stage have included Gladys Knight, Kris Kristofferson, Martina McBride, and Gregg Allman.

“For the younger acts, playing with an icon like Gladys Knight or Kris Kristofferson is like a bucket list experience,” says Wilson. During shows, the artists take turns singing. As one artist performs, the others remain seated at cocktail tables located right in front of the stage. The performers seem like part of the audience. “It creates an intimate and challenging environment for the musicians,” Wilson says. 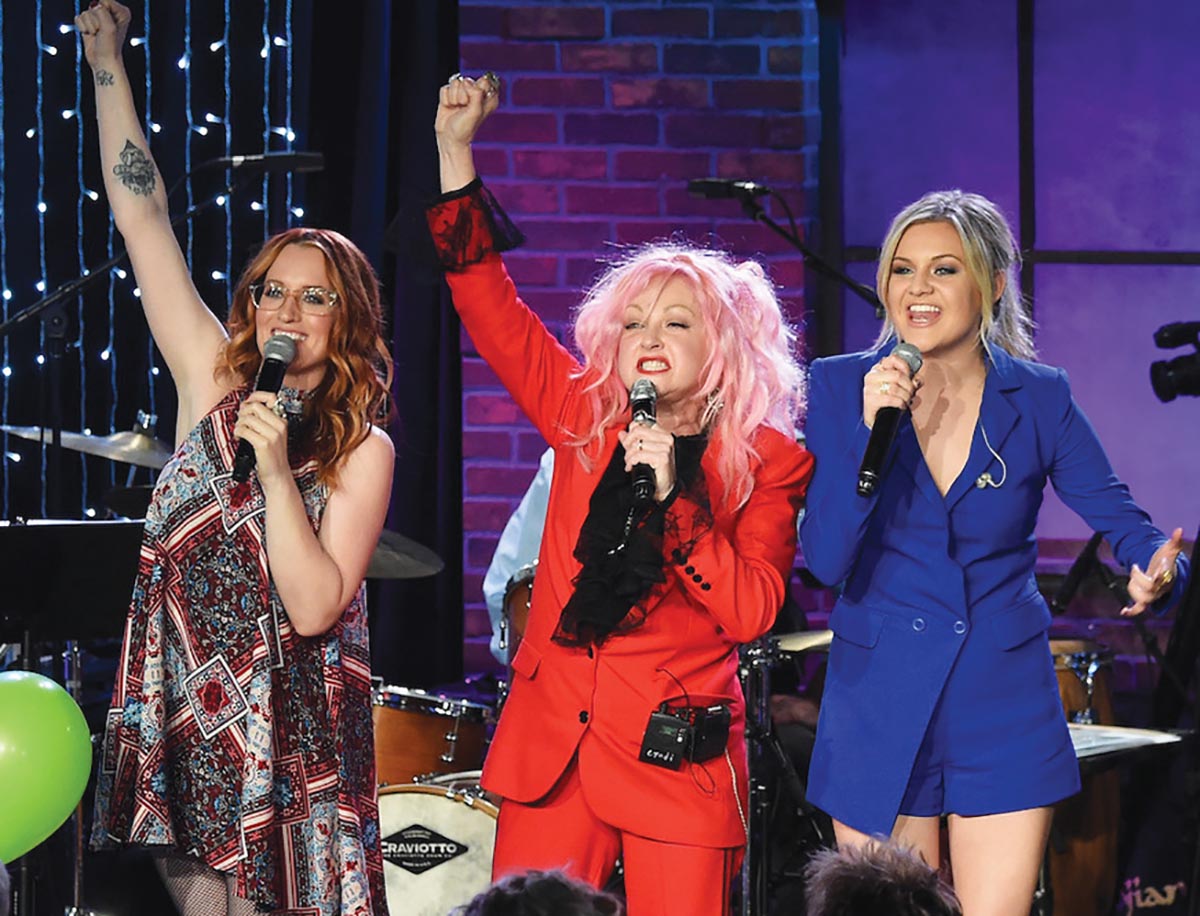 Skyville Live has seemingly spared no expense to create a highly polished music television show. Early on, the show brought in industry veteran Tisha Fein, a producer for the Grammy Awards and other programs, to be Skyville Live’s producer.

Together, Wilson, Fein, and the other producers have created a beautiful, technologically cutting-edge program, a sort of Austin City Limits for the iPhone generation. The show now streams live over AOL.com and go90 Music, a free mobile video platform that allows fans to watch concerts on their phones and tablets. New shows air every few months, with Skyville Live’s strong social media presence keeping fans up to date with schedules and news.

Skyville Live’s July concert was intended to be a one-off show, a program that dispensed with the usual icon/mainstream act/baby act formula in favor of celebrating the TV drama Nashville. And yet, the audience that packed the studio for that concert got to hear some icons.

J.D. Souther, surely one of the great singer-songwriters of the past 40 years, gave unforgettable performances of some of his best-known hits, including “Faithless Love” and “Heartache Tonight.” Pam Tillis, a reigning country queen, was just as successful with her deeply felt rendition of “Maybe It Was Memphis.” 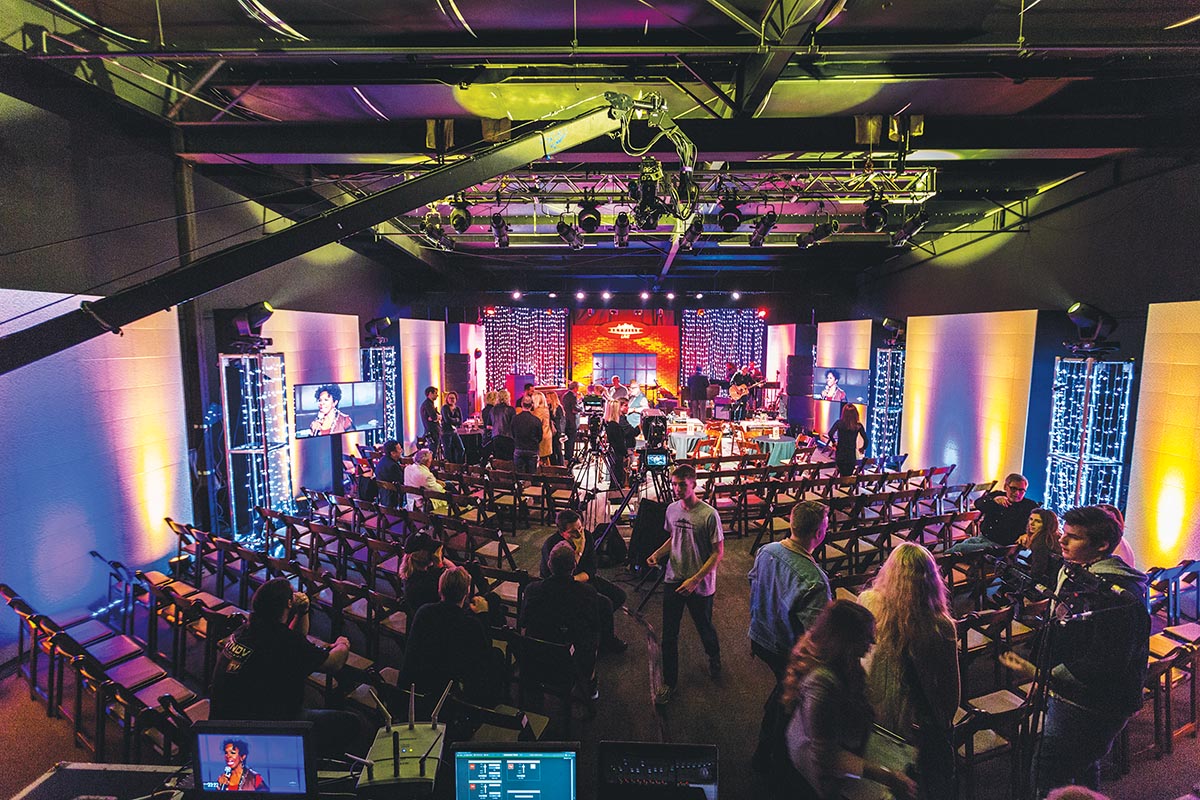 The audience also got to hear one fledgling act that’s fast ascending into the big time. The Stella Sisters—17-year-old Lennon and 13-year-old Maisy Stella—were on hand to perform their song “Boom Clap.” Their video rendition of this song has already racked up nearly 10 million YouTube views. Judging from the screams the sisters received when they walked onstage at Skyville Live, one suspects that many of those viewers were in the studio.

In all, the performance created a festive atmosphere that had Nashville star Charles Esten beaming from the stage. These good feelings are “what Nashville’s all about,” he says.