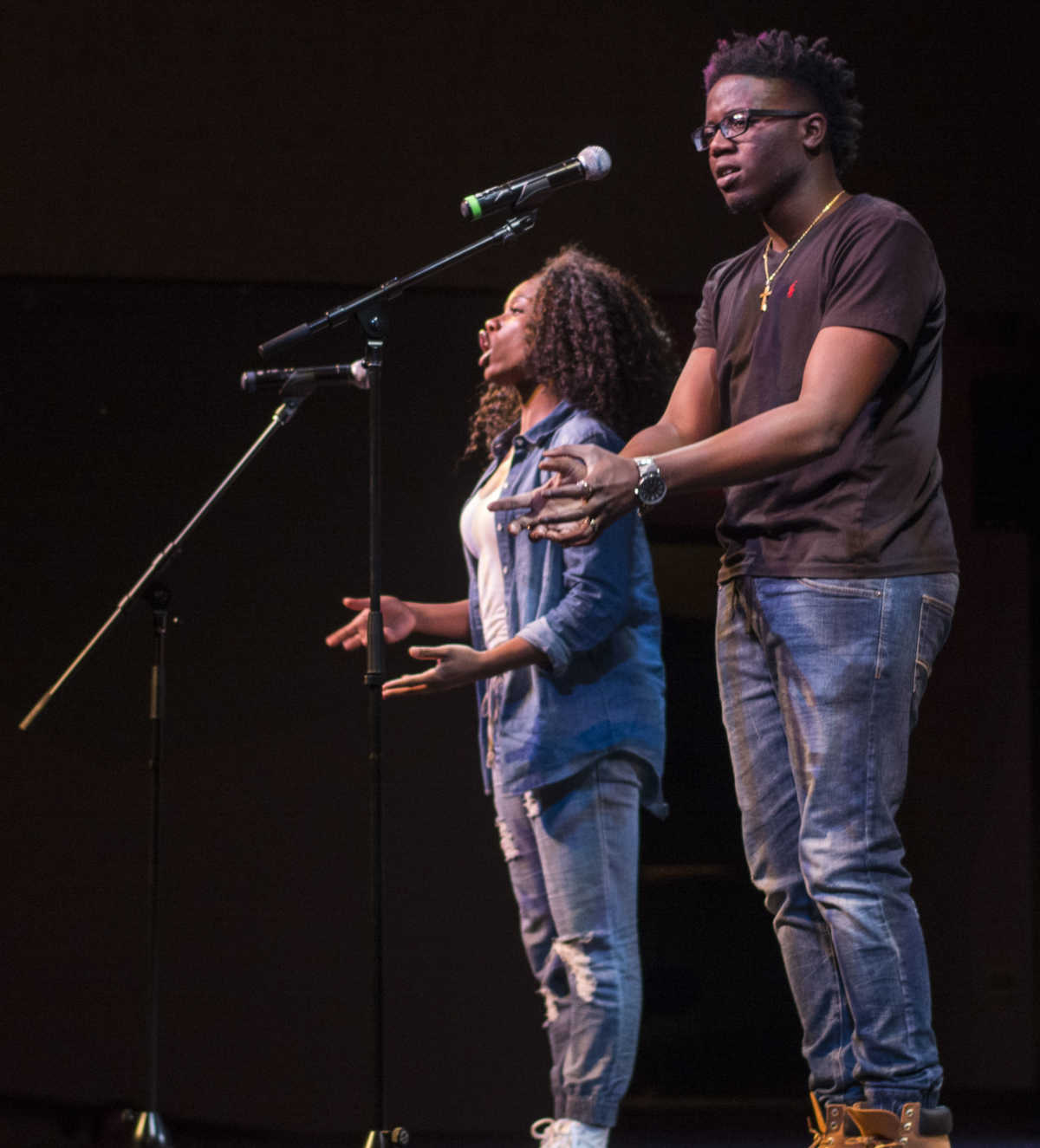 Camaraderie, positivity, and perspective are only a few of the words Benjamin used to paint the audience member’s expected reactions at State of the Word, December 10 at 7:00 p.m. at Vanderbilt’s Blair School of Music.

State of the Word originated in 2008 with the partnership of the youth development, non-profit Southern Word, which builds a culture of literacy in Nashville’s youth through spoken word poetry, and its joint program Nashville Youth Poet Laureate. This will be Southern Word’s ninth year producing State of the Word.

State of the Word gives Nashville’s community the opportunity to come together and witness young poets expressing their realities in uplifting words and intense performances—despite the tremendous challenges our youth face.

“Anyone who wonders or worries about the state of young people in our city should come,” said Southern Word Board Chairman Anderson Williams.

You can support Nashville’s youth and their ideas for change by attending the event and contributing to selling out the show.

The ninth annual State of the Word is scheduled for Saturday, December 10, at 7 p.m. at Vanderbilt’s Blair School of Music. Tickets are $10 general admission and $3 for students, with proceeds benefitting Southern Word and the placement of writing mentors in Middle Tennessee’s public schools. For information and tickets, visit www.southernword.org.