by DeeGee Lester, Director of Education The Parthenon 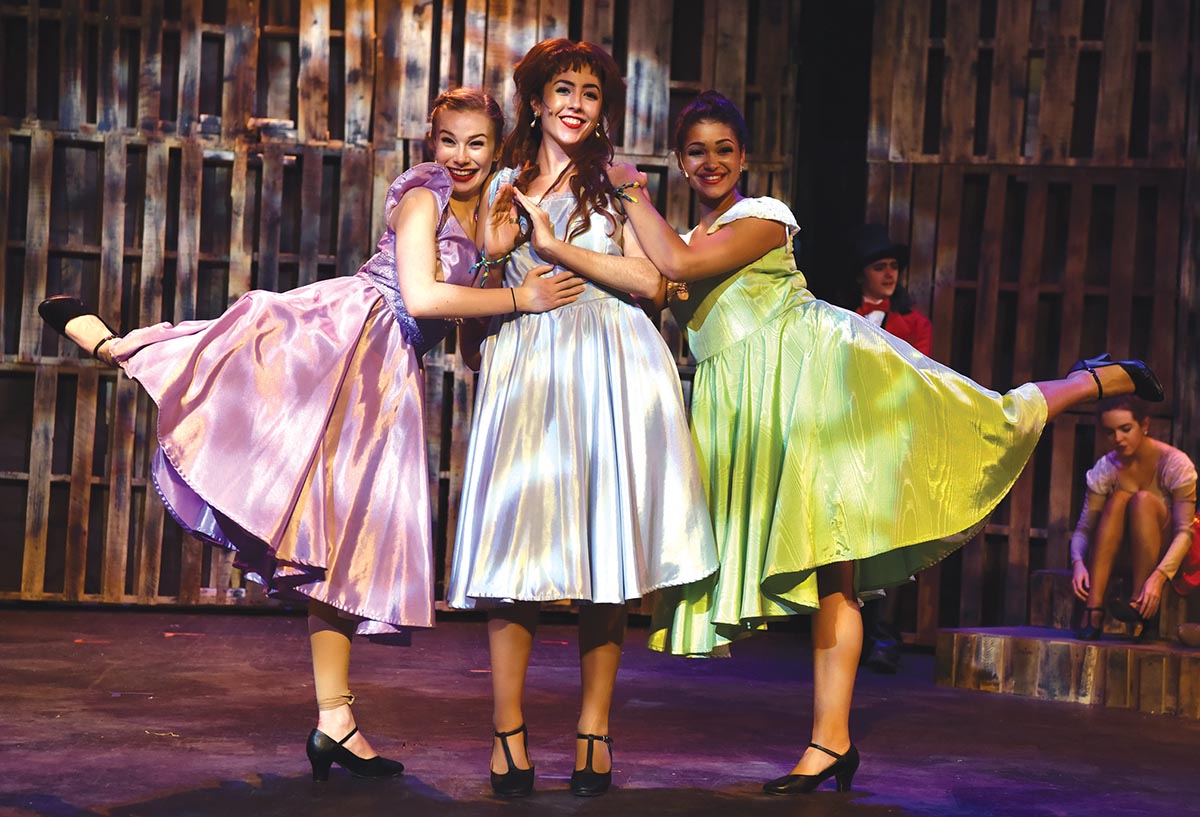 Classic movie buffs entering a theatre and taking a seat for a high school musical may have immediate flashbacks to the familiar words, “Hey kids, let’s put on a show!” This became the signature line for a series of Mickey Rooney/Judy Garland musicals in the early 1940s. The words always unleashed a frenzy of activity culminating in a stage performance of music and choreography, costumes and sets that would have been far beyond the budgets of the “kids.”

Not so with audiences who pack the theatre each fall and spring to enjoy the latest musical production by students at Hume-Fogg Academic Magnet High School.

Ranked annually among the top high schools in the nation, Hume-Fogg offers students an academically challenging learning environment, but the school has also gained, since 1998–99, a reputation as one of the top theatre production venues in the city. From plays such as Our Town, The Man Who Came to Dinner, and Metamorphoses to musical productions running the gamut from South Pacific and West Side Story to the edgier Cabaret, Sweeney Todd, and In the Heights, Hume-Fogg’s theatre department consistently fills the house and “wows” audiences.

The most recent production, Big Fish, marked the last performance before the theatre closes for several months of renovation—all in anticipation of the final spring production for actors in the class of 2017. It’s all part of the larger vision to upgrade and bring the theatre to a level that better reflects the quality of the performers, the sophistication of the audiences, and the talent and standards of excellence associated with the Academic Magnet. 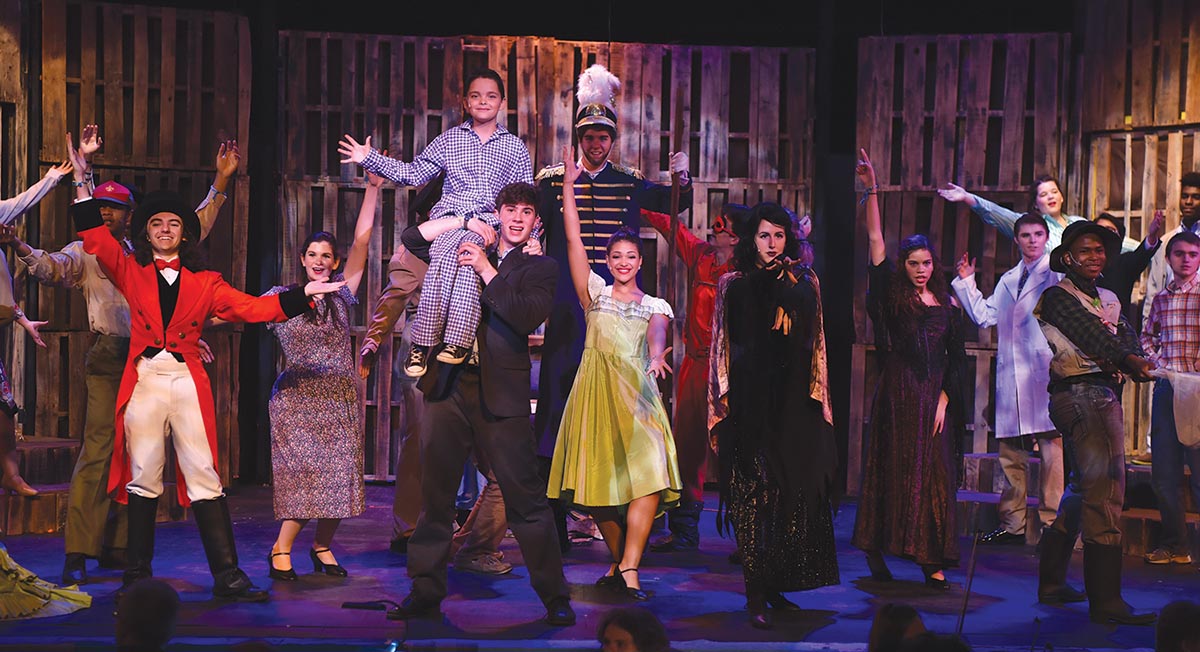 Michael Dunaway (center with young boy on his shoulder) singing “Be the Hero”; Photograph by Rick Malkin

Directing the actors in each production as well as in the development of their vocal and technical skill capacity is Daron Bruce, who teaches theatre at the school, and music director Lisa Forbis.

“We started the same year at the school and work well together,” says Bruce of his collaborations over 19 years with Forbis. “Although we’ve presented plays, we do mostly musicals, usually two per year, based on the talents of our crew of highly musical performers. In addition to very talented singers and dancers, we have a full orchestra, and I like to remind students that not every high school theatre company has an opportunity to work with 15 violins.”

The choice of musicals is generally kept secret from students until the scheduling of auditions. “I’m always looking to see what’s new out there,” Bruce says. “Last year we did Sweeney Todd. But we also very often go back to the old war horses —musicals audiences know and love.”

The November production of Big Fish provided an opportunity for students to present a full range of vocal skills while exploring a cast of characters that make demands on deep diving into traits, motivation, and emotional range.

The complex main character, Edward Bloom, was played by sophomore Michael Dunaway in an inspired performance— emotionally as well as musically. A character that could have remained the eternally optimistic, goofy caricature was, in Dunaway’s skilled hands, given an unexpected depth as layer upon layer of Bloom’s personal story and complex relationships were peeled away. The transformation was stunning.

“We talked about the role and Michael asked me if he needed to ‘age’ with the use of gray hair and make-up,” Bruce recalls. “But the action of the play moves back and forth in time. It is a tribute that only through Michael’s own action and emotional arc was he able to capture this complex character.”

Dunaway’s previous theatre experiences at Hume-Fogg were parts in Sweeney Todd (“Really cool, I loved it”) and In the Heights (a hip-hop ensemble production) and admits to being nervous auditioning for the lead as a sophomore. “When auditions came up for Big Fish, I knew nothing about the show, but I knew the music for the part of Edward was in my range.”

Senior Lindsey George, who performed the part of Sandra Bloom, is a veteran of three years in Hume-Fogg productions and brought her incredible vocal range to the stage in this production based on a novel by Daniel Wallace and adapted to the musical stage by John August (book) and Andrew Lippa (music and lyrics).

“As a child, I looked at the stage and thought it would be cool, and at Hume-Fogg, it is pretty much my thing,” George says. “Theatre has given me self-confidence. I was always reserved and quiet, but I have the opportunity to take the stage and explain the emotional side of me through the lens of a character in front of different people each night. And I am surrounded by supportive people. It is a culture, a legacy, a heart and spirit we leave behind when we leave Hume-Fogg. My last rose ceremony will be emotional. I will be a ball rolled up on the floor.”

Senior Jonathan Hankins, who plays Will Bloom, also treasures the friendships and camaraderie of the theatre. “We are always together. Being onstage with friends, making the audience laugh and enjoy the performance is rewarding.” Rewarding to the audience is Hankins’s unique voice, capable of stirring emotional response in songs such as “Stranger”. 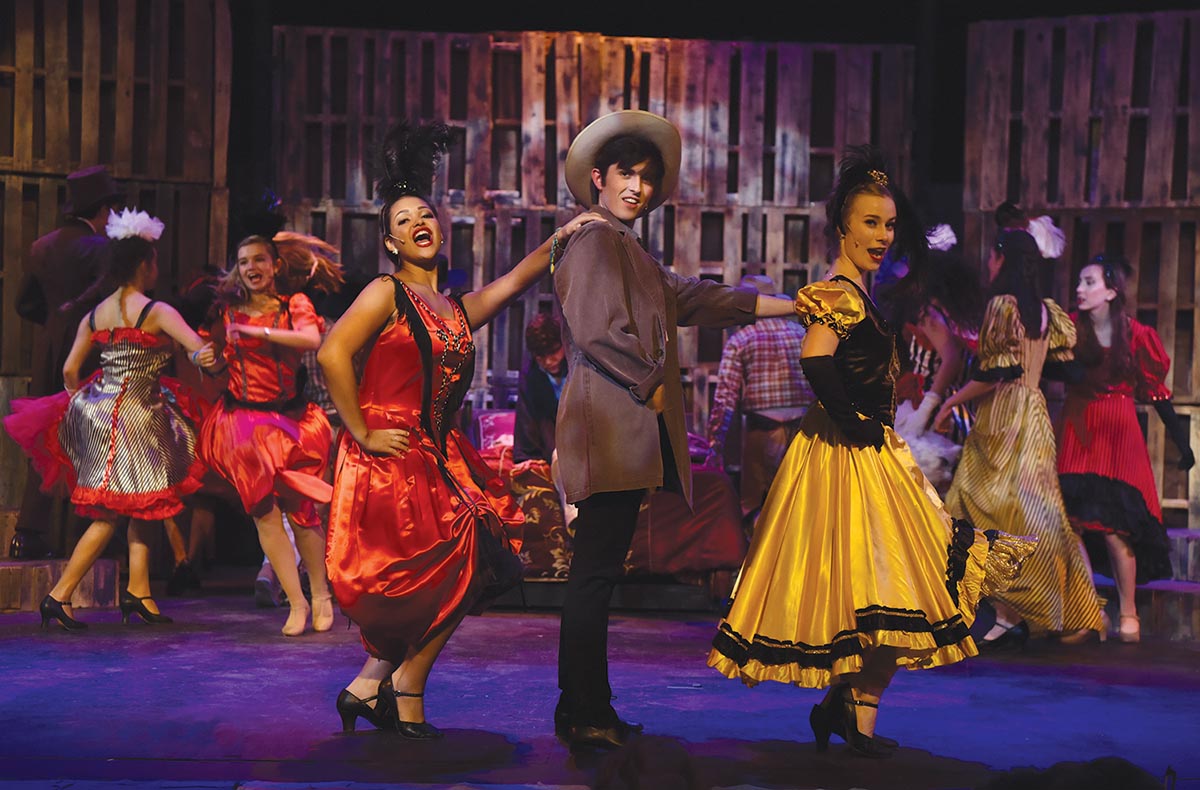 Rewarding to the young performers, as well as Bruce, Forbis, and everyone connected with Hume-Fogg theatre, will be the renovations starting December 2 and including new carpeting, curtains, seating, rigging, LED lighting, and sound system.

“I have the best job—an opportunity to see these students grow and make this beautiful piece of art,” said Bruce. “In the spring, they will have a great venue to display great talent.”