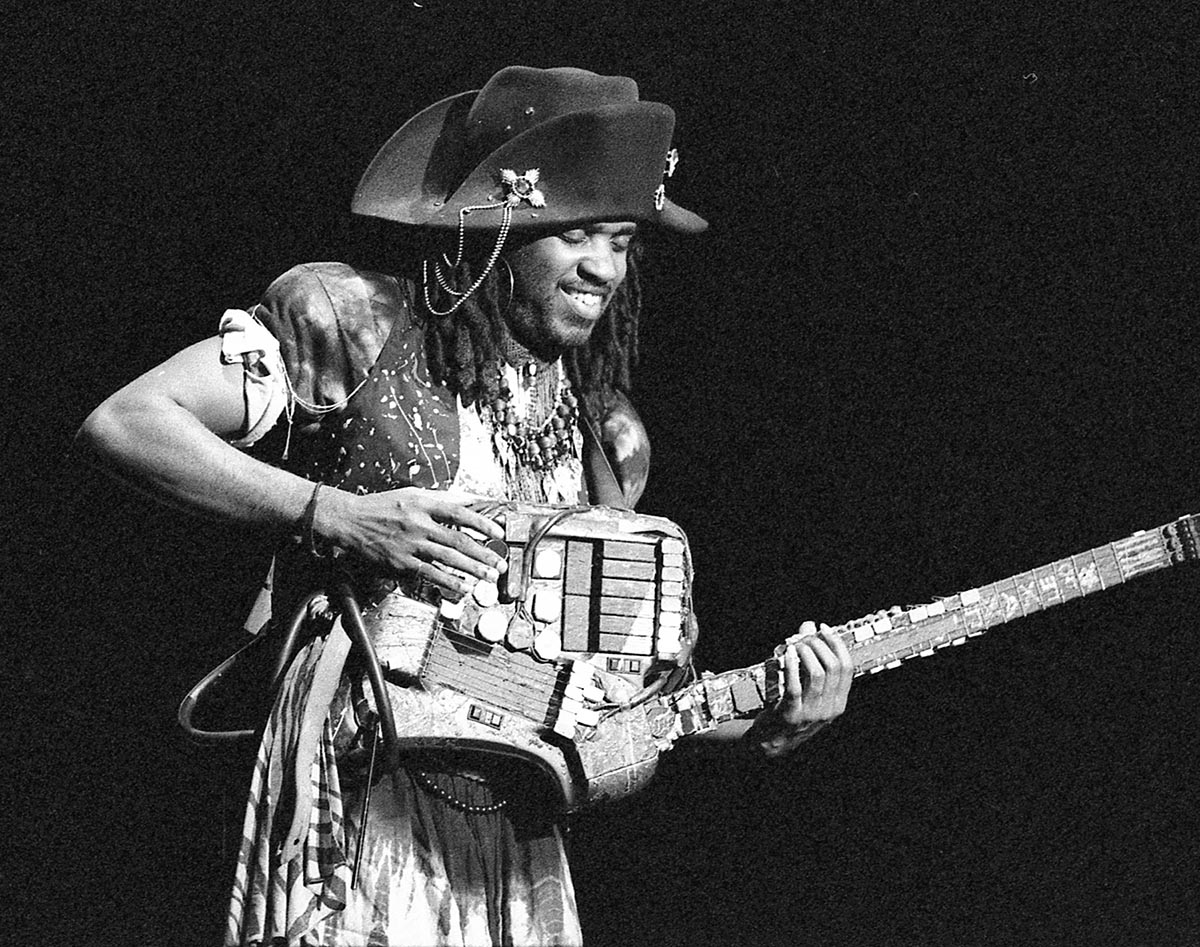 The vibrant worlds of music and photography merge at the Tennessee Arts Commission Gallery in its latest exhibition Photography by Ear.

Featuring the work of Nashville photojournalist Charmaine Lanham, the show is buoyed by moments that defined the early emergence of blue grass and country music. Candid shots of icons like June Carter and Johnny Cash, Béla Fleck, and Claude Williams bring visitors to a pivotal time in Music City’s cultural history.

“We sort of stumbled across this collection, and I was actually quite surprised that many of these works have rarely been seen,” explains Krishna Adams, the show’s curator. “It really captures a snapshot of 30, 40 years ago. It’s a step back in time of beautifully rendered, candidly captured moments that are very relevant to the unique expression of the Nashville area at that time.”

Lanham, a self-taught photographer, moved to Nashville in the 1970s as her husband pursued his music career. They opened The Station Inn, which would become a downtown bluegrass mecca. Constantly surrounded by music and artists, Lanham began to document the burgeoning scene.

“It’s kind of a microcosm of Nashville music, my show is,” Lanham says. “It’s got a variety of stuff that could only happen in Nashville really.”

Beyond the up-close views of tastemakers who would become legends, Lanham’s work is most notable for its impromptu nature. In The Lesson from 1994, a circle of musicians is caught with eyes glued to Bill Monroe, palpably eager for his instruction. Vince Gill and Daughter Jenny, 1985, shows the country singer in an unguarded embrace of his young daughter at the end of a performance.

“I want to provide a personal look at somebody that the viewer hadn’t seen that way before,” says Lanham. “I’d like them to just see what I saw at that moment.”

Photography by Ear will be at the Tennessee Arts Commission Gallery, 401 Charlotte Avenue, through January 13, 2017. For more information, please visit www.tnartscommission.org.