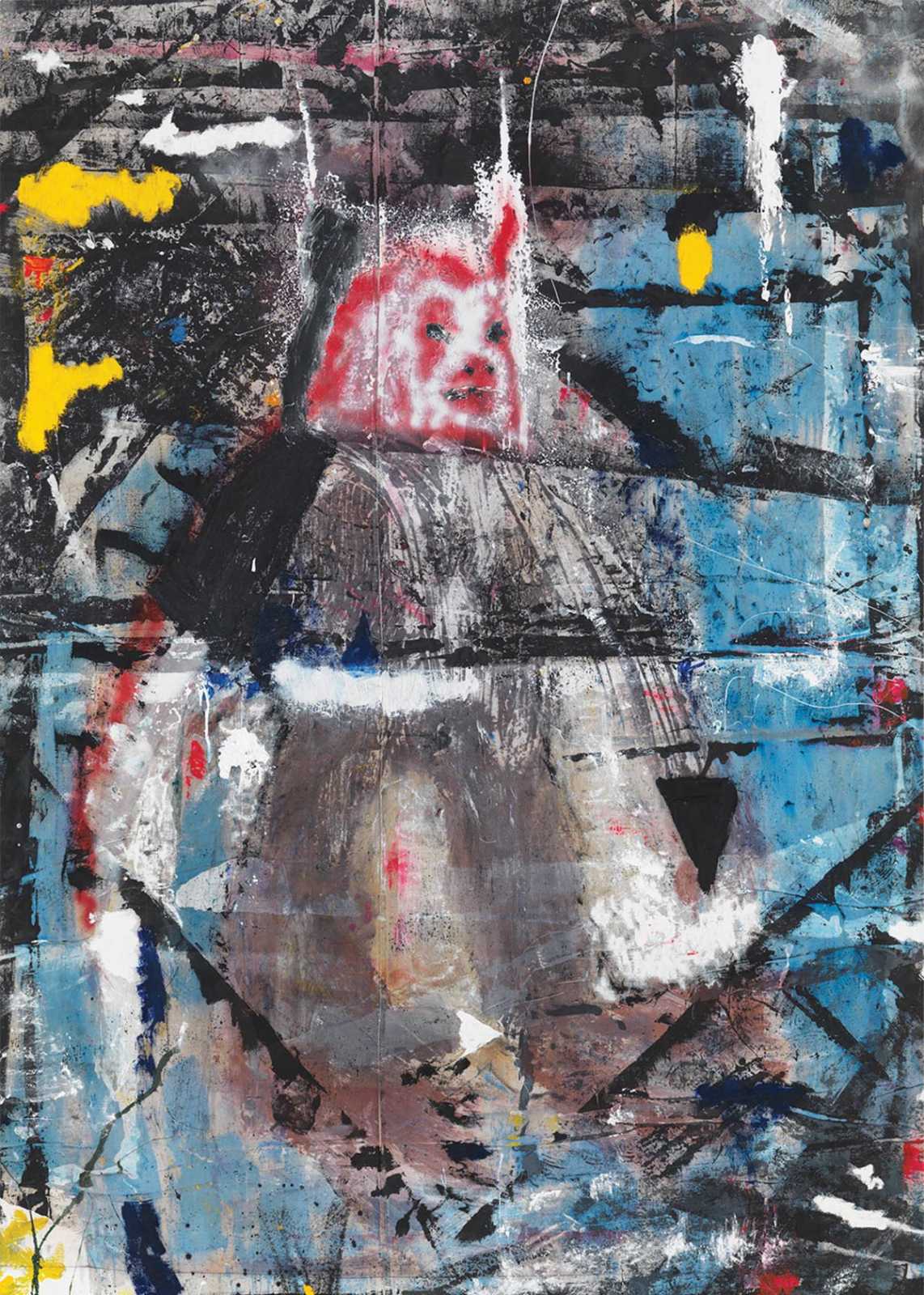 As I organized Harmony Korine’s current painting show at the Frist Center, Captain Beefheart and Patti Smith kept sneaking into my thoughts. The three artists seem to occupy common terrain, using the poetics of transgression to puncture the normative surface of culture. For them, sensation trumps reason, rawness is preferred to refinement.

Too, each is known for making his or her way in two distinct creative worlds. The iconoclastic musician Captain Beefheart came along at the same time and performed with the same irreverence as his friend Frank Zappa. Then, after he quit music in the 1980s, he focused on his work under his given name, Don Van Vliet, the neo-Expressionist painter promoted by art dealers Mary Boone and Michael Werner. Julian Schnabel, a painter who is also a gifted and intuitive filmmaker, was himself an early champion of Van Vliet’s canvases. Along with artists like Schnabel, Van Vliet was known for aggressive gestural abstractions that were descended from the machismo of Abstract Expressionism while at the same time paying homage to outsider artists, who turn their lack of formal training into arguments for approaching the world with new eyes. As Tom Waits and Kathleen Brennan wrote after his death in 2010, “Don Van Vliet . . . listened with his eyes and he saw with his ears.”1

This could be equally ascribed to Patti Smith, the punk musician, poet, and author of the elegant memoir Just Kids, which delves into her relationship with the photographer Robert Mapplethorpe. Smith makes exquisite drawings and photographs, often inscribed in her delicate hand with wistful poems or observations about the world. Her 2013 exhibition The Coral Sea, at the Contemporary Arts Center in Cincinnati, was an absorbing and elegiac installation, with auratic objects and images saturated with longing and loss—feelings deepened by a swelling musical incantation and haunting film projections. This protean orchestration left a lump in the throat and an ache in the heart. 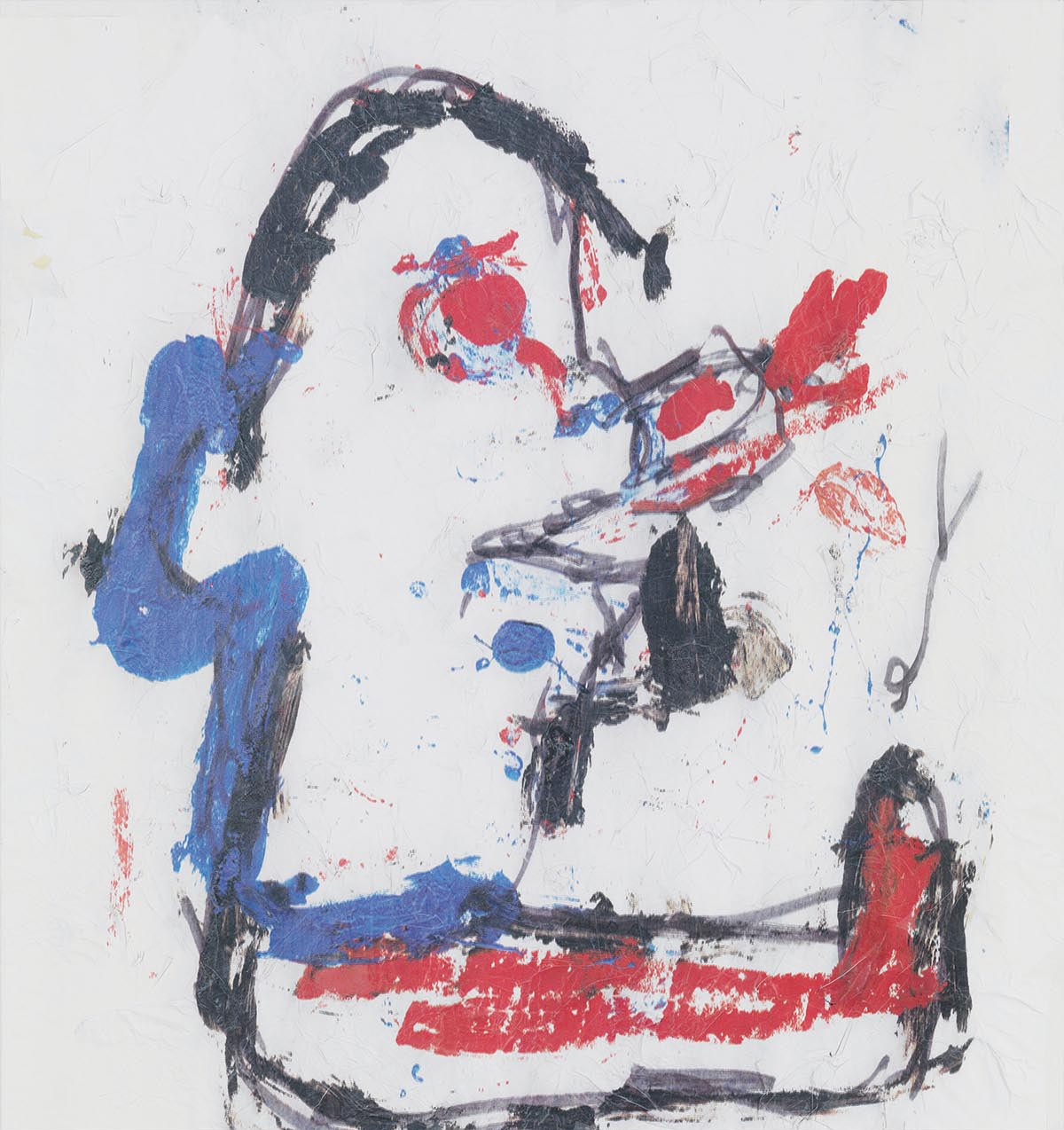 Like Van Vliet, Smith is essentially self-taught as a visual artist. But as we gauge the impact of her work, we are reminded that few of even the most technically skilled artists or musicians can reach such fierce interiority—a nakedness that seems as incidental and necessary as breath itself. While they are not mutually exclusive, if we weigh virtuosity against originality, intuition, and emotional power, we might also consider Harmony Korine, who disarmingly declares that “I don’t really know what I’m doing” in making either films or paintings.2 For him, the lack of skill is more than compensated for by his restless creativity and aesthetic fluidity.

Korine makes what he wants to see, without worrying about whether it is thought to be good. His films are brazenly corrosive, hallucinogenic and, to my eye, pungently beautiful. I know many people who do not “like” them in the ordinary sense of the word—in the way one “likes” chocolate or the movies of Tom Hanks. Whether they feel revulsion at the moral grotesquery of Trashhumpers; offense at the problematic black humor, stylized violence, and cheerful randiness in Spring Breakers; or uneasiness at the dreamlike qualities of films like Gummo, audiences are at the very least intrigued by Korine’s assays into strangeness, on levels both intimate and cultural.

“His lack of skill is more than compensated for by his restless creativity and aesthetic fluidity.” 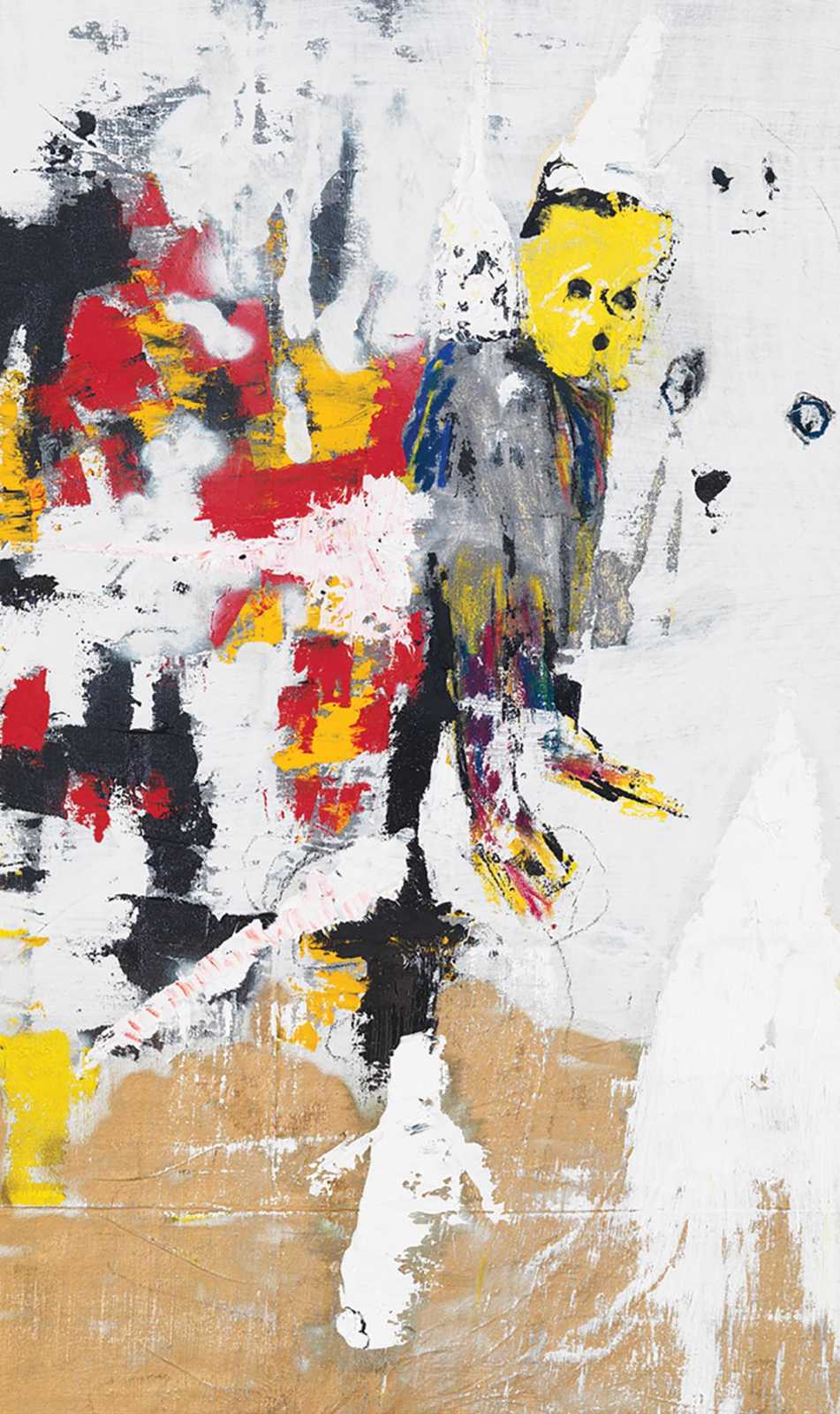 Korine’s paintings are similarly disorienting and unrefined, with a bit of dirt under their fingernails. They share with his films an idiosyncratic sense of touch—which in his early projects appeared as a shaky, handheld aesthetic—along with off colors, stream-of-consciousness storytelling, and light-leaks and glitches coming from the use of old Super 8 film. The amateurism makes the films seem like found objects, discovered in an attic box full of weird old home movies. But when they are taken apart, frame by frame, we see a remarkable visual intelligence—each has been composed for maximum surprise and emotional pull. His paintings are also compositionally startling and seem found as much as made. They are begun by creating rough physical surfaces with rippling canvases or collages of torn-up paper, so their physical presence is strongly felt. Then, in a call-and-response mode, Korine layers ghostly images or abstract patterns to evoke worlds of shadow, mystery, and vertigo, all with mind-altering intensity.

None of these artists have received much, if any, training in their second languages of expression. Yet they are not naïve, having lived and worked in art-saturated milieus and shown with major New York galleries. But as with other creative people who step outside the medium for which they are known (and there are so many—David Bowie, James Franco, Dennis Hopper, Joni Mitchell . . .), there is often a lingering suspicion that they have attained art-world notice more because of their celebrity than their ability. To bypass this perception, Van Vliet left music behind so he wouldn’t be thought of as a “musician who paints”—that is, an egotistical dabbler who thought that because he was good at one thing he would automatically be good at something else.

The reasons people have for expressing themselves in more than one medium are diverse. For some, the reason is the pleasure of and escape in having a hobby. For others, it may come from the notion that being a visual artist lends a certain gravitas—a means of demonstrating their intellectual heft and Bohemian street cred, which doesn’t always come through in fields associated with entertainment. But for a few—including, I think, Captain Beefheart, Patti Smith, and Harmony Korine—the different forms of expression bleed together and feed each other, the artist becoming indistinguishable from the impulse to create.

Harmony Korine: Shadows and Loops at the Frist Center for the Visual Arts through January 16, 2017. For more information visit www.fristcenter.org.