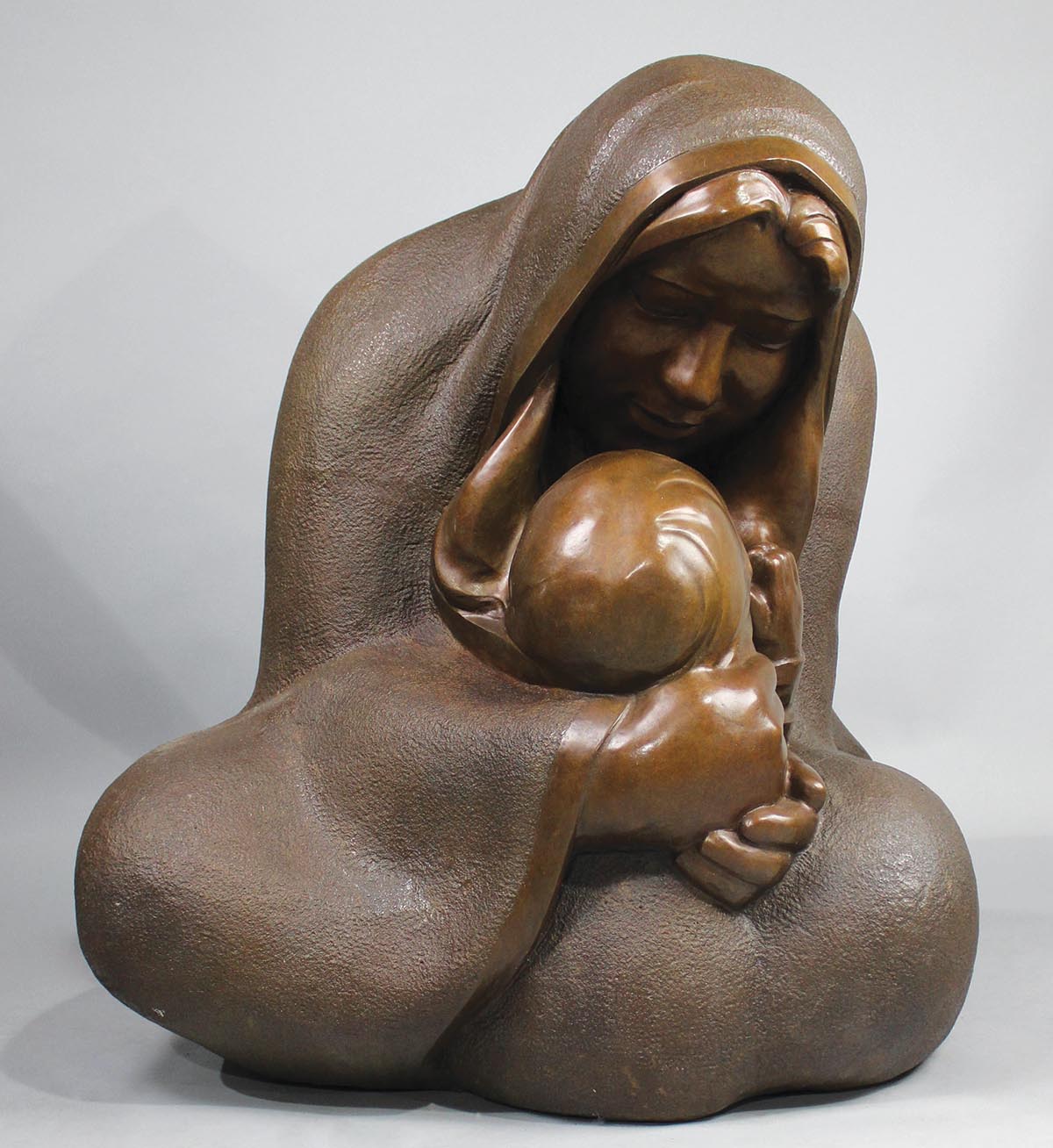 Seeing a need for an art space that would provide representation for painting and sculpture of contemporary Native Americans, she and her husband, the noted photographer Stephen A. Gambaro, opened an art gallery, Via Gambaro, in Washington, D.C.’s Capitol Hill neighborhood in 1973. The gallery is now long closed, but its name can be found in the biographies of the most iconic Native American artists of the 20th and 21st centuries.

Always the activist, Gambaro was an early champion of the National Museum of the American Indian and president of the Amerindian Circle at the Smithsonian Institution that launched funding for the museum at the Kennedy Center’s “Night of the First Americans” gala in 1982 under the patronage of President and Mrs. Ronald Reagan.

Never a woman to sit idle, and described by her children as a “wonderful, attentive mother,” it was after her children were grown that Gambaro’s own creative expression first took form in paint and canvas. “I went out and bought canvas, brushes, and three tubes of paint. In ten days they were in the trash can,” she said. Gambaro then took to sculpting in clay, stone, and bronze at the age of 52. At that time, she shared with her family that something just took over her hands, that it was like a miracle that she could sculpt, and she would ask, through tears, “How am I doing this?” 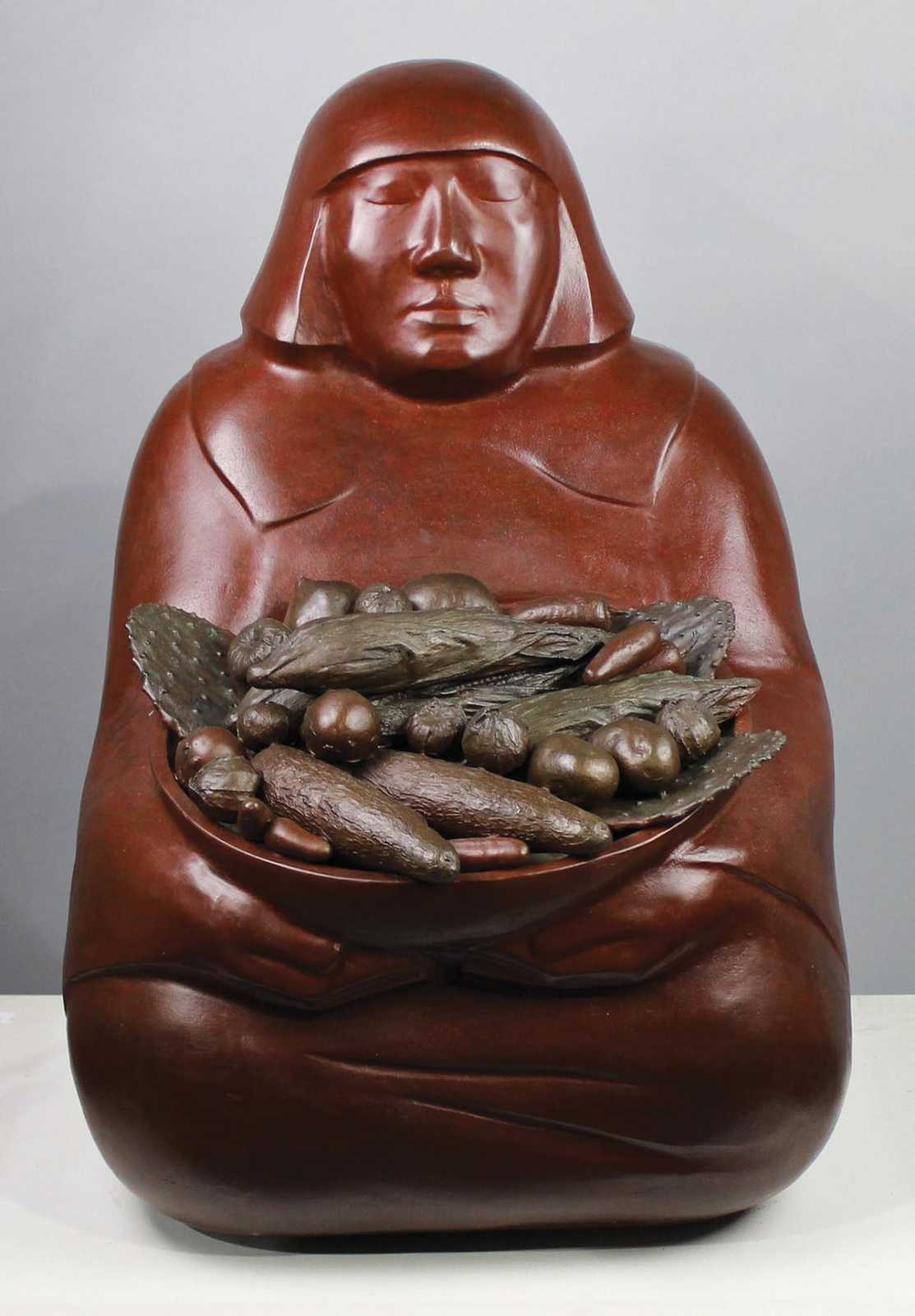 Among Gambaro’s sculptures that I viewed are works from her Attitudes of Prayer series, realistic and amorphous bronze and stone works, each a powerful blend of mass and subtle grace with titles such as Courage: “Facing life, calling forth your strength of mind and body.” Faith: “Without faith, what else is there?” Family: “How great, how wondrous are the bonds.” Peace: “Sought by so many, destroyed by so few!”

“I am most influenced by artists whose works speak of some spiritual experience— works which show the inspiration from which they come.”

Retha Walden Gambaro’s work has been exhibited in the Smithsonian Institution’s National Museum of Natural History, the Gilcrease Museum in Oklahoma, the Heard in Arizona, and the Kennedy Center, Washington, D.C. Her work is held in many private and public collections.

I became acquainted with the work of Gambaro through my work as a consultant to the Alexandria, Virginia- based auction house The Potomack Company, which will be offering her works as well as the diverse contents of her studio, to include her work bench and tools, at auction in late February 2017.

True to her words, from a 1976 article in The Washington Post, “As long as I live I will be sculpting, if I have the facilities to do it, if I have brains and eyes and hands. If your hands can pour creation, it’s,” she hesitates, “it’s thrilling. I know I have been given a gift.” Included in the sale will be a clay sculpture that she was working on with the aid of her daughter up to the time of her passing at the age of 96. The appraised value range for the sculptures shown here is $600 to $2,800.

For more information about the sale, please visit www.potomackcompany.com.