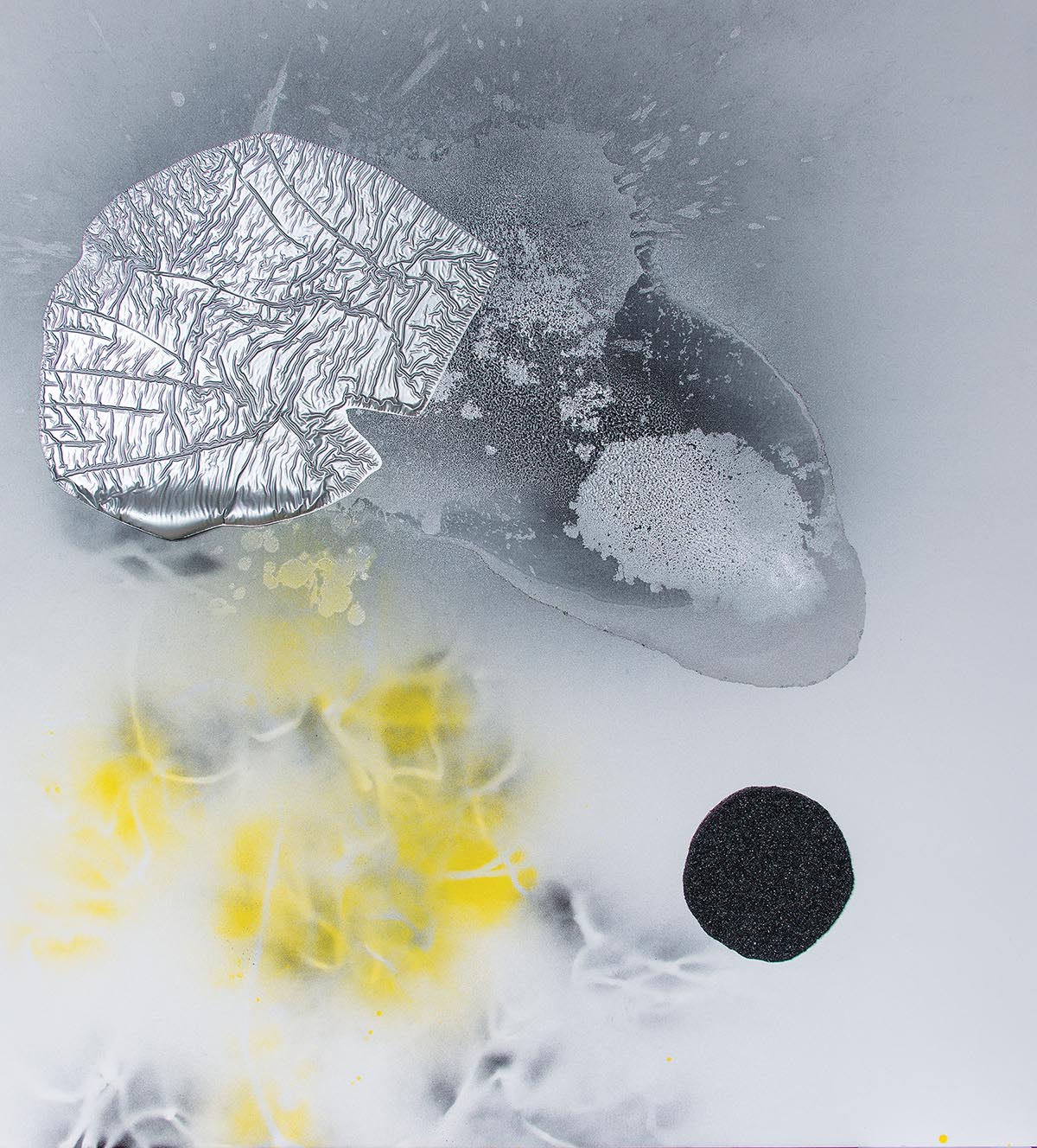 Feaster’s largest works breathe heavily against the wall, their subtle shifts and tones creating an airy but demanding intensity. Their quiet shifts of color—often found within the collaged droplets or looming up out of the spray-painted fogs—push forward like an exhale from the otherwise monochromatic silvers, greys, and whites. They form the backbone of Psych Pastorale, a new body of work exploring a long sequence of making and the poetics of mark, where even the smaller, more intimate pieces balance both the visual drama and the quiet, tense accumulation of a glacier.

As some of his largest paintings to date, Feaster’s choice to expand his canvas also changed his investigation of the work. The increased scale and his method of applying mists of colors required the artist to move his work outside. “It was a new environment, with new conversations. I’m taking photos of the work, and there are these cast shadows, this new dimensionality.” Though Feaster’s work has always blurred the figure-ground relationship—the shift of layers and flat splashes both deepen the ground and flatten it, challenging the audience’s engagement with pictorial space—the change in scale continues Feaster’s explorations of the process itself and its effects on the painting’s constructed environment. 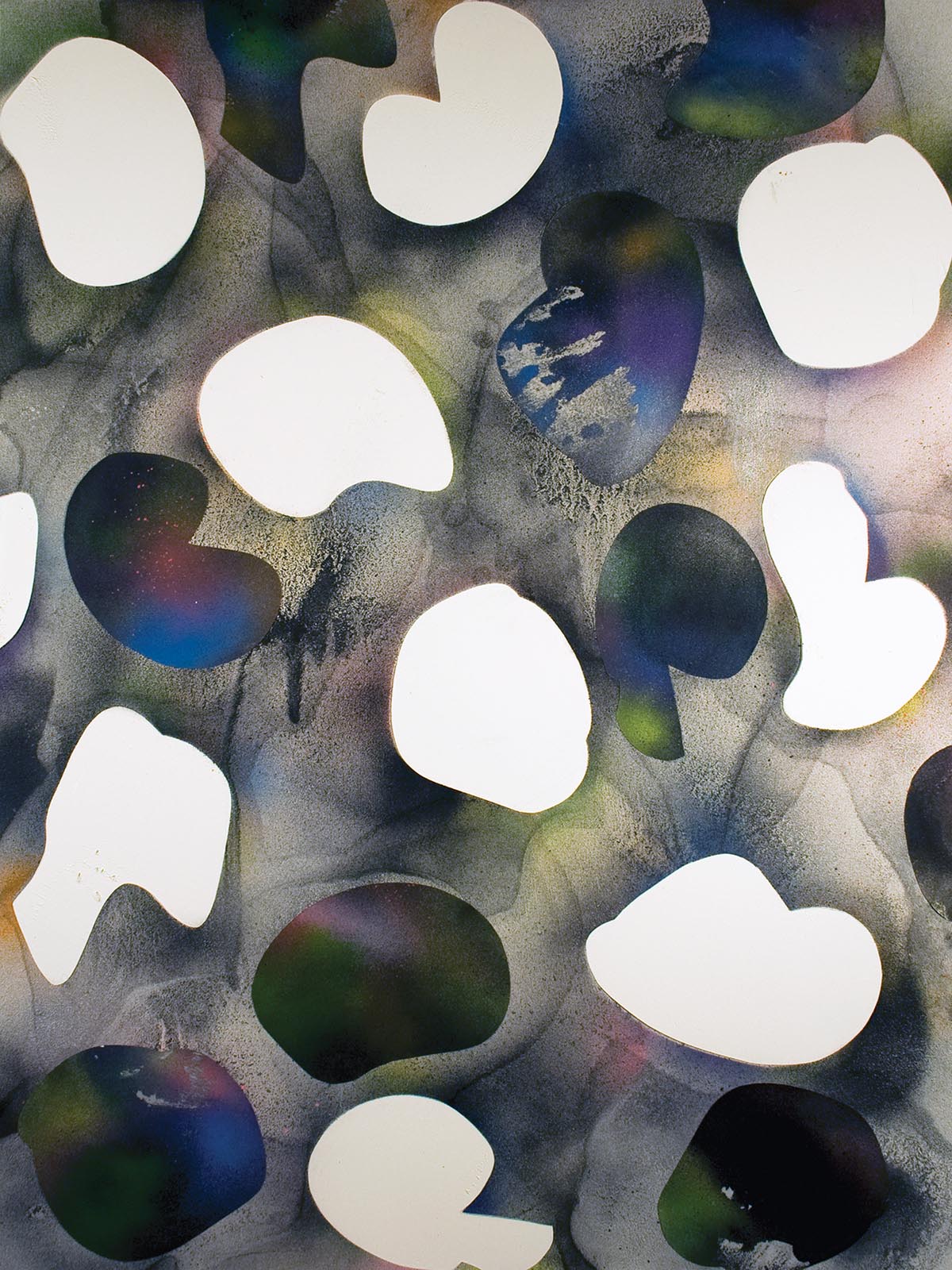 Starting with a blank slate, Feaster pours solvent onto the canvas and immediately begins to engage the surface with spray paint. The wet-on-wet method allows Feaster to draw intention into the work through stencil and shape, but also opens the work into what the material demands. The solvent acts to grab and spread the paints, creating masses, mists, and organic effects. “It’s almost a photographic process,” similar to that of darkroom development, “where these spaces are organically created. It’s a balance, treading a very fine line.” The careful navigation between intuition and accident creates a vast field that then works as framework for adding additional elements to the piece.

Feaster rarely works directly on the canvas after this point. Most additions are done off site through a series of pouring oil, enamel, and ink onto Mylar, creating a visual lexicon he can then pull from in order to resolve the image. The marks are spontaneously generated and created outside of any context related to a particular canvas, in order to explore them in their purest, most articulate forms. “If you consider the history of abstract expressionism as a dictionary, then these marks exist as a kind of language,” Feaster explains. “The marks themselves haven’t really changed. Even after all these years, a drip is still a drip, a stroke is still a stroke.”

“Either you produce your own obstacles and overcome them by your own mistakes and idiotic behavior, or you survive other people’s obstacles that they put before you.” 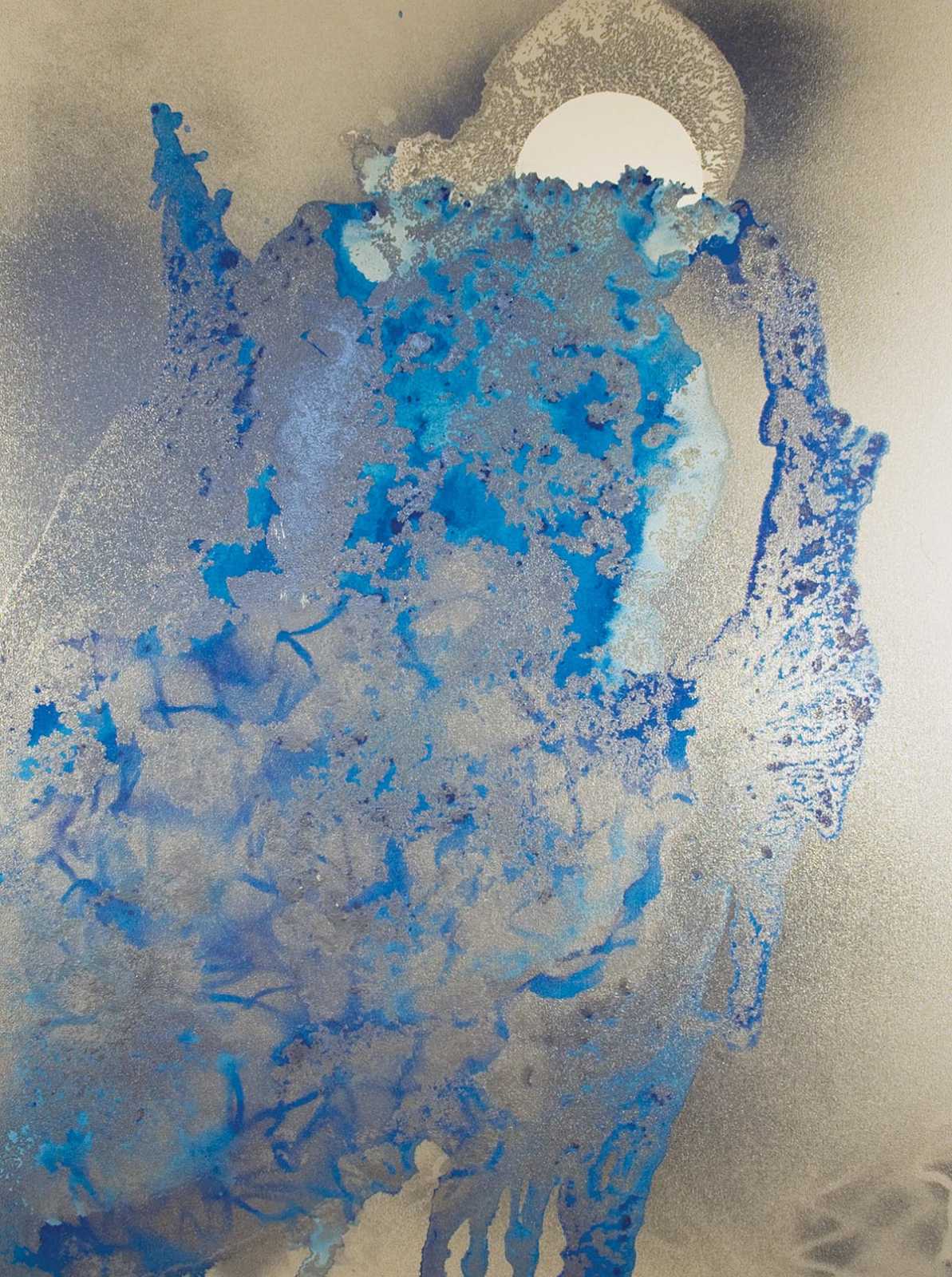 Feaster instead sees the poetry of painting as happening when the artist explores “recombining these marks in different ways.” On the Mylar, ink dries, enamel contracts into wrinkled spaces, and paint hardens into protective skins that encase the still-wet material inside. Once the new shapes are ready, what began as accident becomes deliberation. Feaster cuts them out and collages them into the prepared canvases, puzzling through their placement without altering their original forms. It’s a process similar to his past in the music industry, using Pro Tools—a digital audio program—to isolate songs into different elements in order to fine tune their manipulated composition.

Feaster “samples” these visual notes and recombines their phrases into the image; the elements then continue the drying process, affected by the gravity and material around them. The Mylar acts as both a surface and a sheath for light, and the glinting metallic paint sags into new bodies pulled by weight and tension. The light is caught, pulling the fields of open space and their massed edifices firmly into the realm of the dimensional object, even as the work shimmers and skirts with the environment in which it exists and references. Difficult to experience through mere reproductions, the canvases in life become dynamic explorations not only of the material itself, but of the labor, time, and physicality of the studio process. 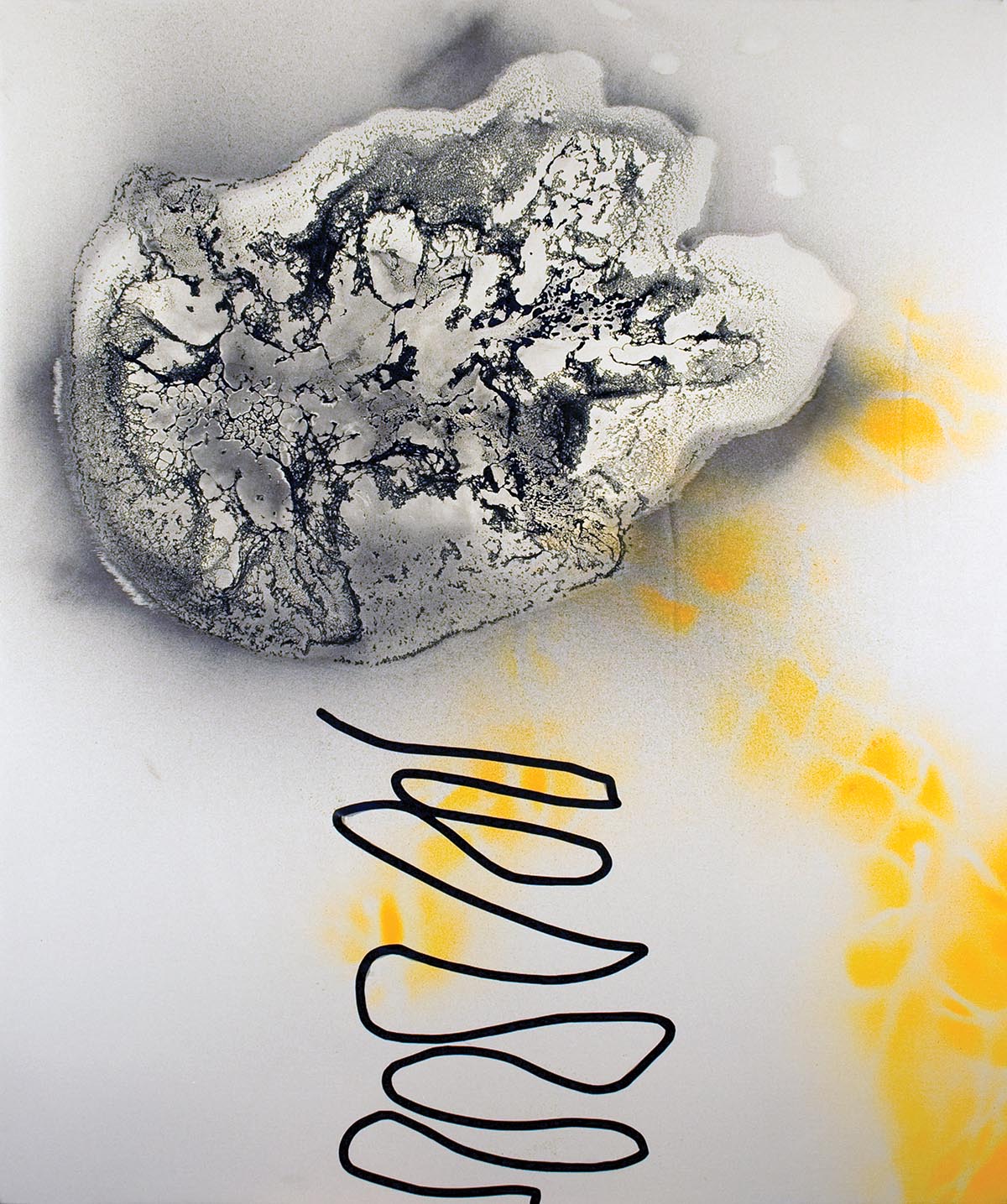 The result is a work that not only allows Feaster to direct the viewer’s experience through dominant elements and guiding lines, but to allow the elements to speak for themselves as the accumulation of time evidence, forming a complex and interwoven dialogue. As a last construct, their titles reference song titles that evoke memory of place and natural features, adding a conceptual layering of “association on top of association” in a way that mimics the visual weight of the work. Surveying the landscape of his studio, Feaster speaks again to the archive of photography or the rush of sensation that accompanies hearing a favorite song: “The paintings become moments of captured time, frozen memory; preservation, in ice, in stone, in phrases of nostalgia.” 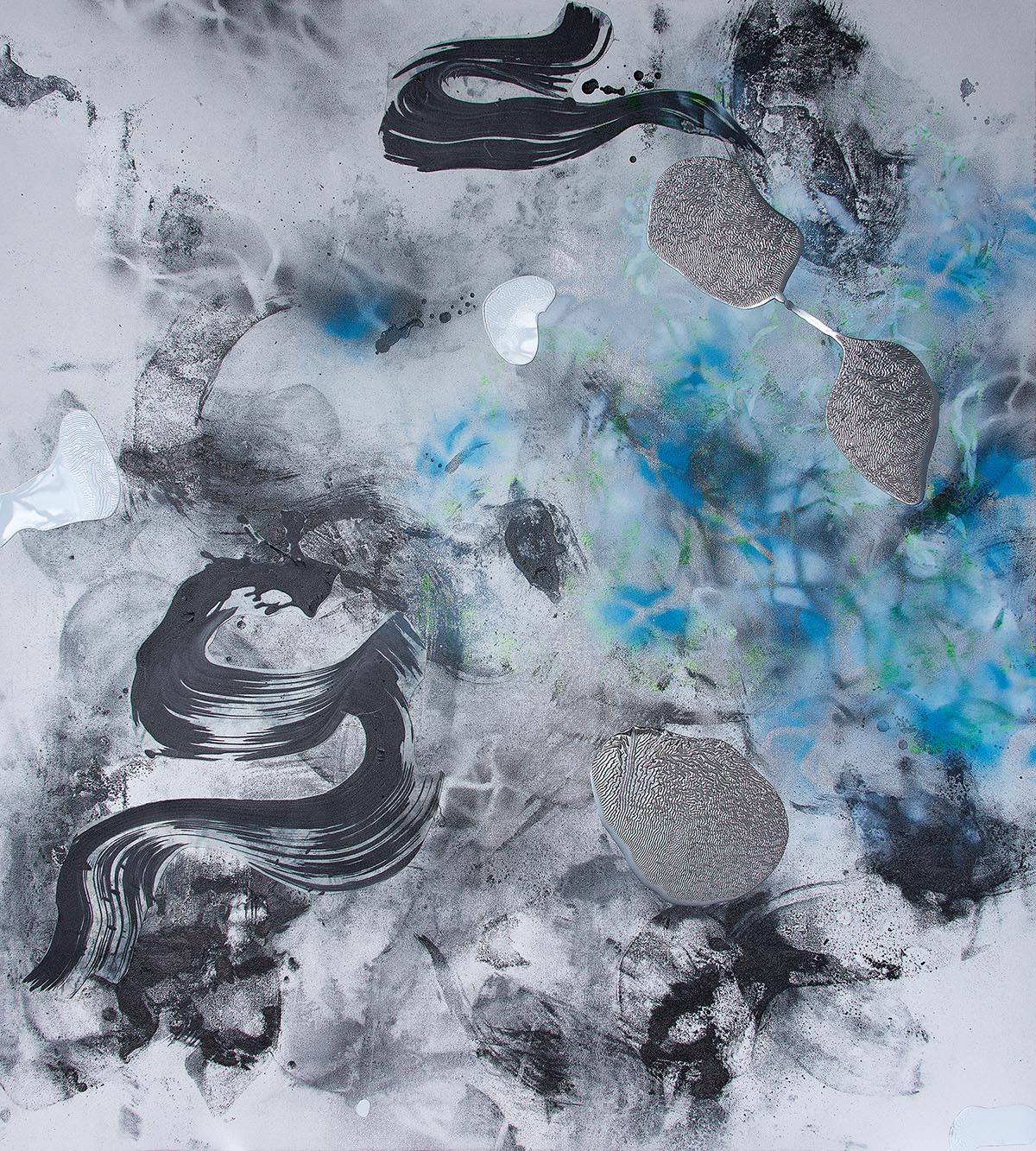 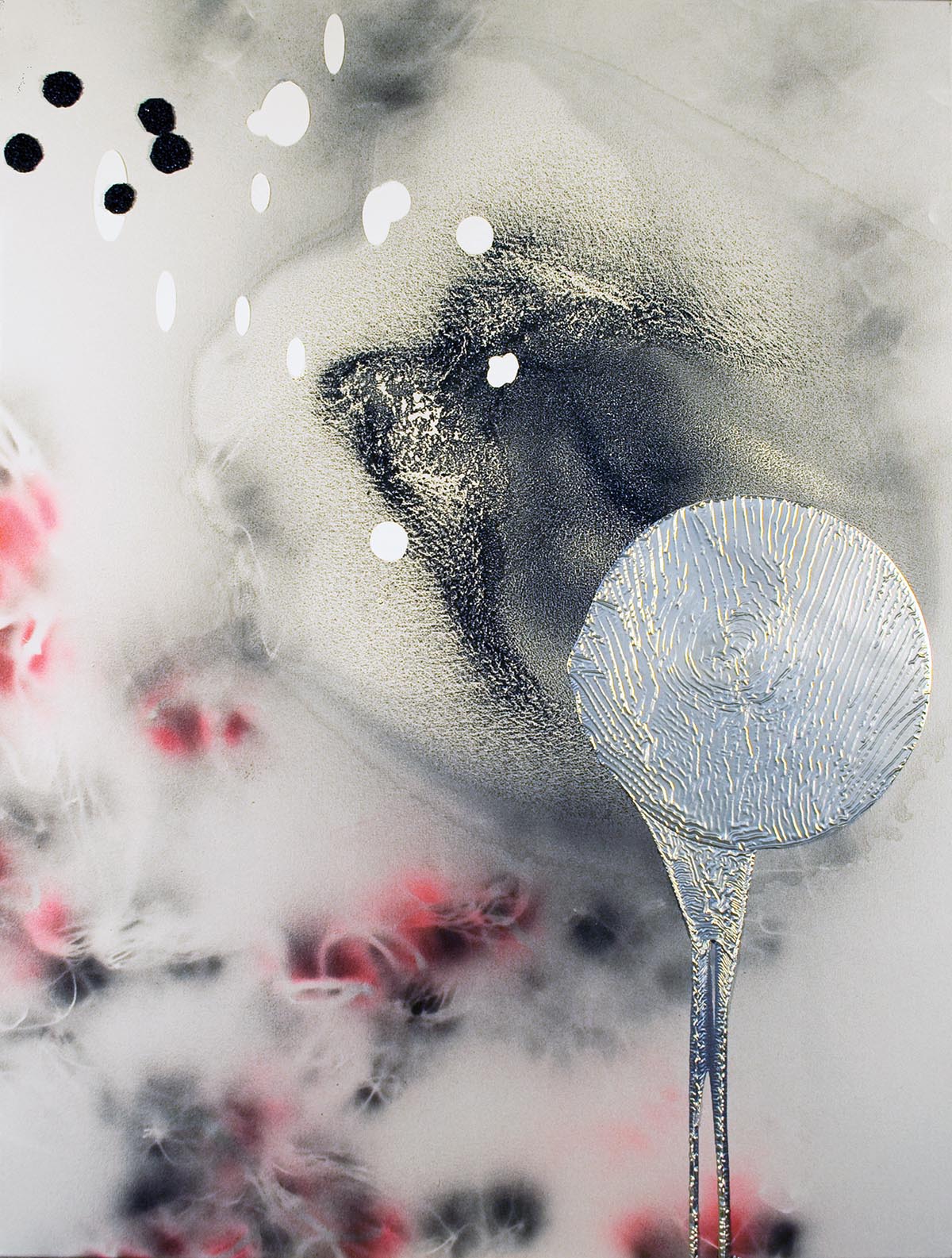 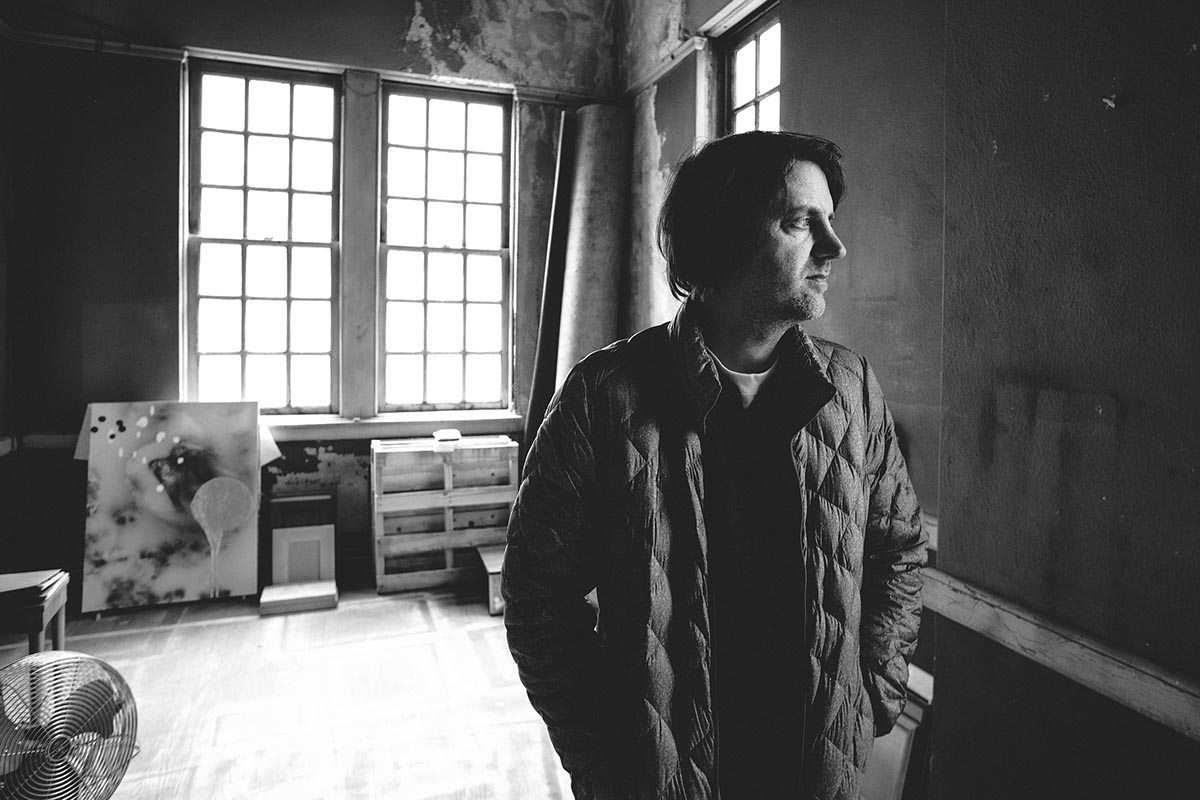 Experience Psych Pastorale: New Paintings by Richard Feaster, opening January 7 from 6 to 9 p.m. and remaining on view through February 25 at Zeitgeist. For more information, visit www.zeitgeist-art.com and www.richardfeaster.com.