“We are thrilled to bring Shakespeare’s great tragedy to the intimate Troutt Theater for our 10th annual Winter Shakespeare,” said Denice Hicks, Executive Artistic Director of the Nashville Shakespeare Festival. “Romeo and Juliet has some of Shakespeare’s most beautiful poetry, and the skilled actors we have in this cast are going to bring these familiar characters to life in exciting and powerful ways.”

Two star-crossed kids from the old neighborhood? Of course you have; it’s the greatest love story ever told. 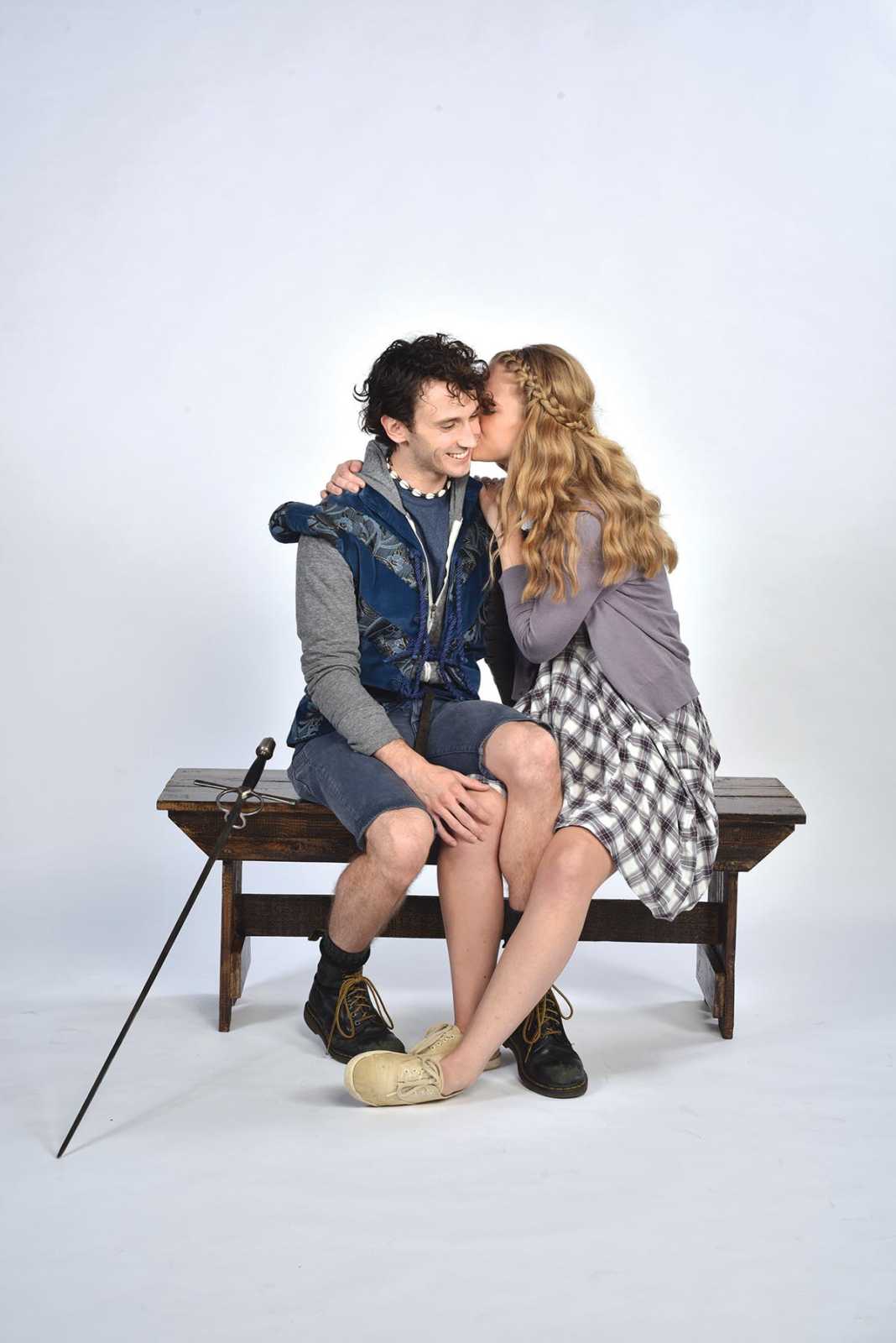 A story that could be, if you believe those who think they know, not an original Shakespeare creation at all. Some think it’s a variation on a story that made the rounds starting in the 1400s. Still others believe it’s a theme borrowed from poets as far back as ancient Greece. If they’re right, this timeless tale of tragedy and loss, in one form or another, lived a full century before Shakespeare set it into his own classic motion. This by no means makes Shakespeare’s accomplishment any less significant. It’s still a transforming play that lives in our hearts from one production to the next.

Hundreds of films, plays, and books have been based on Romeo and Juliet’s classic arc of love found and then, at the end of the third act, tragically lost. An impressive canon, devised from a source as murky and undefined as another famous Shakespearean tale, Hamlet, and eventually films such as Brooklyn Babylon, musicals like West Side Story and TV shows including Warm Bodies. There’s also practical material like the fictional A Guide to Family Feuds of the 16th Century and the many other attempts to pluck, pillage, and present Romeo and Juliet in many and varied ways.

To fill us with love and intrigue once again, the Nashville Shakespeare Festival begins its 2017 season of Winter Shakespeare on January 5 with this most beloved tragedy. It’s Romeo and Juliet, January 5–29 at Belmont University’s Troutt Theater, and we promise that you will be enthralled. This latest magical production of R&J is directed by Nashville Shakespeare Festival’s lead teaching artist Santiago Sosa and features a live musical score by Natalie Bell. The fast-paced and youthful production explores the themes of young love and rash acts of violence amid entrenched generational conflict. Sosa has previously worked as an actor, director, and a teaching artist at the Oregon Shakespeare Festival, American Players Theatre, and other theatres across the country. The star-crossed lovers will be played by newcomers Mason Conrad and Morgan Davis. The cast also features Nat McIntyre, Jon Royal, Corrie Maxwell, René Millán, Denice Hicks, and many more. 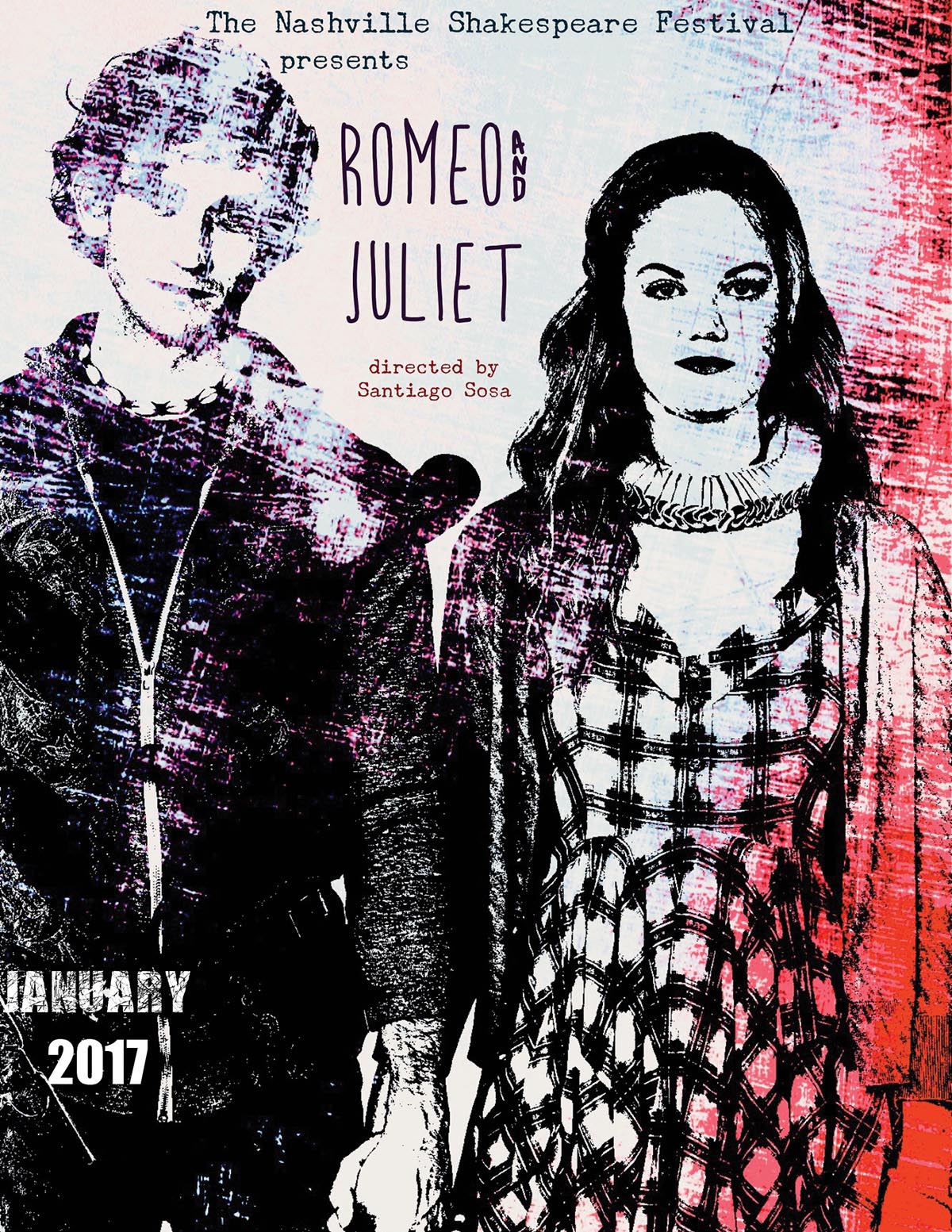 The 10th anniversary of Winter Shakespeare is open to the public with plenty of school matinees to enlighten the next generation of Bard Nation. Pre-sale tickets to the show are $15 for students, $27 for adults, and $24 for seniors, with discounts available for groups. For tickets to the school matinees, email education@nashvilleshakes.org.

For a unique VIP experience, guests are encouraged to purchase the Winter Shakespeare Royal Package. The package is a one-of-a-kind Shakespearean experience and includes tickets to Romeo and Juliet, premium VIP seating in the front rows of the main floor or balcony, reserved curbside parking at the Troutt Theater, a private pre-show reception and discussion hosted by Shakespeare scholars and members of the Nashville Shakespeare Festival team, and a post-show backstage tour and meet-and-greet with the cast. All proceeds directly support the festival’s educational outreach and programming. Royal Packages are $100, 75 percent of which is tax deductible. The VIP experience is a must for every true Shakespeare fan.

There are three things you can truly count on: the majesty of Shakespeare’s poetry and prose, the immortal legend of Romeo and Juliet, and the superior quality and stage craft of the Nashville Shakespeare Festival, which is second to none. For more information on dates, times, and tickets, and to purchase Royal and Noble Packages, visit www.nashvilleshakes.org, or email rickeychick@nashvilleshakes.org or call 615-255-2273.