The Work of a Narrative Photographer

On February 6, Bill Gubbins’s first Nashville solo photography exhibit will open at Fido. We selected some of his images and asked him for thoughts on photography and his work.

Text and Photographs by Bill Gubbins 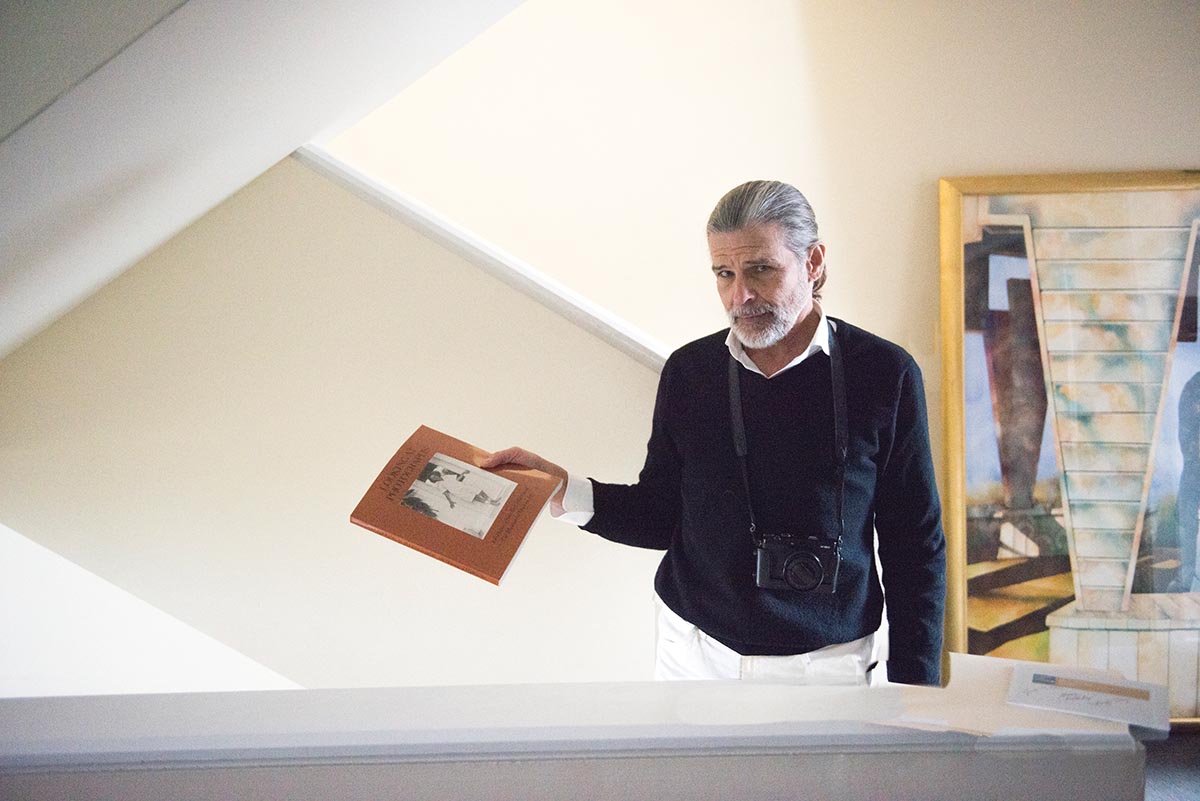 While never a “photographer” in any conventional sense, I have furiously shot aspirational fine-art photos during sporadic periods lasting anywhere from six months to two years, and then just as furiously put the camera back to bed for as long as fifteen years. The most recent photo flurry began last August and has yielded the majority of the work shown here.

My ground zero has always been this: No matter what the subject matter, or how taken or viewed, every photograph is its own miracle; a fragment of the world, captured in a sliver of time. And though we obviously take photos for granted, the notion that one might be able to stop time and then freeze a small portion of it for future examination seemed not just impossible but actually unthinkable before photography’s invention almost 200 years ago. Looking at photographs has always been a critically important leisure-time activity for me. I get my kicks through my eyes.

The photos of Garry Winogrand and Lee Friedlander are clear inspirations and, in their honor, I’d like to offer three points of contextualization as you look at the following work. First, these photos aren’t of something, they’re about something. Second, each photo has a narrative flow that can be “read” like a prose piece or “watched” like a play. And third, I believe any photograph tells you far more about the photographer behind the camera than it does the subject in front of it. If someone’s “soul” is captured in a photo, it’s the photographer’s, not the subject’s.

Now add that all together and you get something akin to narrative photography.

Of course, this is quite old-school in painting, where “narrative painting” has existed forever. There was even a specialized form of it back in the 1400s called “istoria” (also “historia”) whose guiding principles were paintings “crammed” with “skillfully modulated details” and “high-minded religious, mythological, and historical messages.” And, since none other than Caravaggio was a practicing istoriaist, we’re all in pretty good company.

So these photos had better be pretty good, because if they aren’t . . . the Caravaggio comparison will be mighty embarrassing.

Wolf Up! is on view at Fido February 6 through April 6. For more information, visit www.bongojava.com/fido-cafe/. 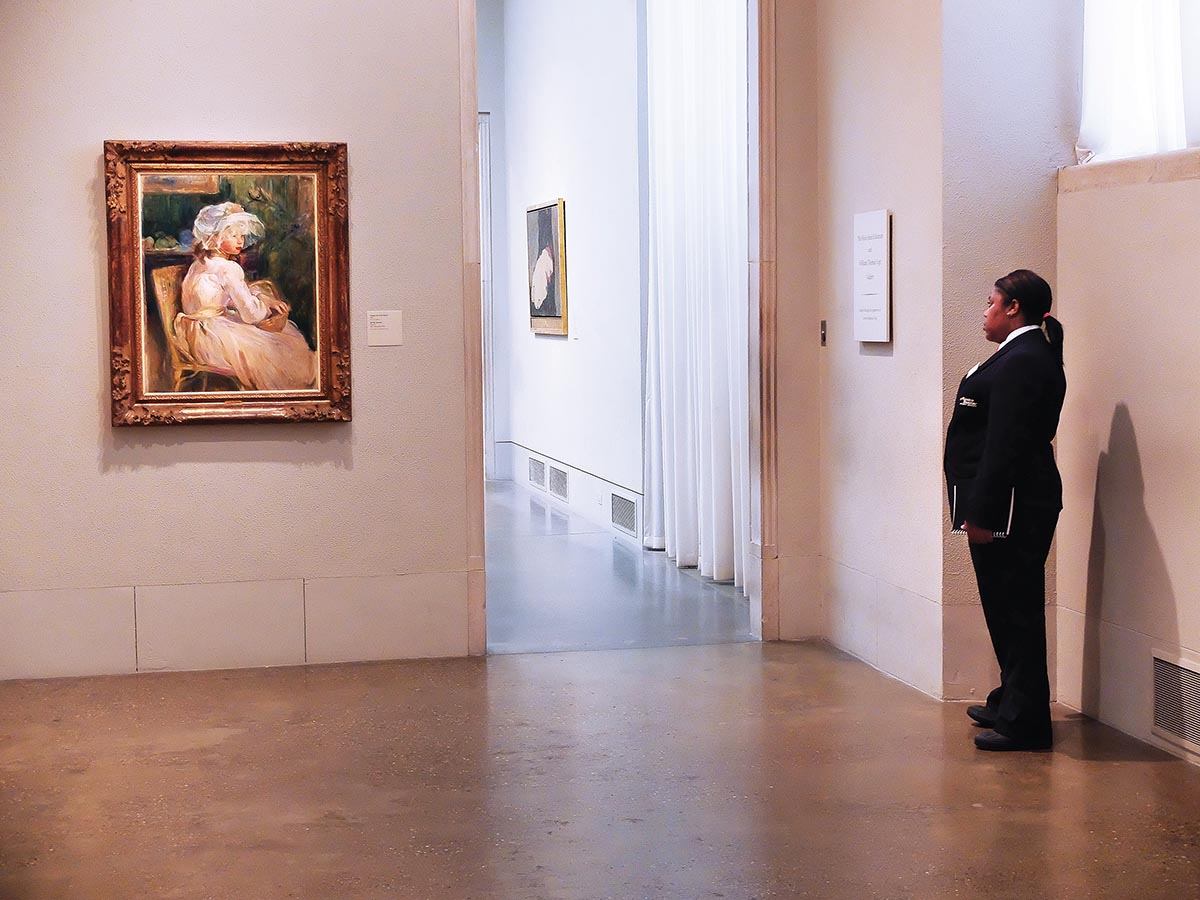 Ah yes, two women appear to study each other, frozen, separated by time, space, culture, race; never to get closer, never to get further apart, a dichotomy never to be resolved. A metaphor perhaps for the act itself of looking at photographs? 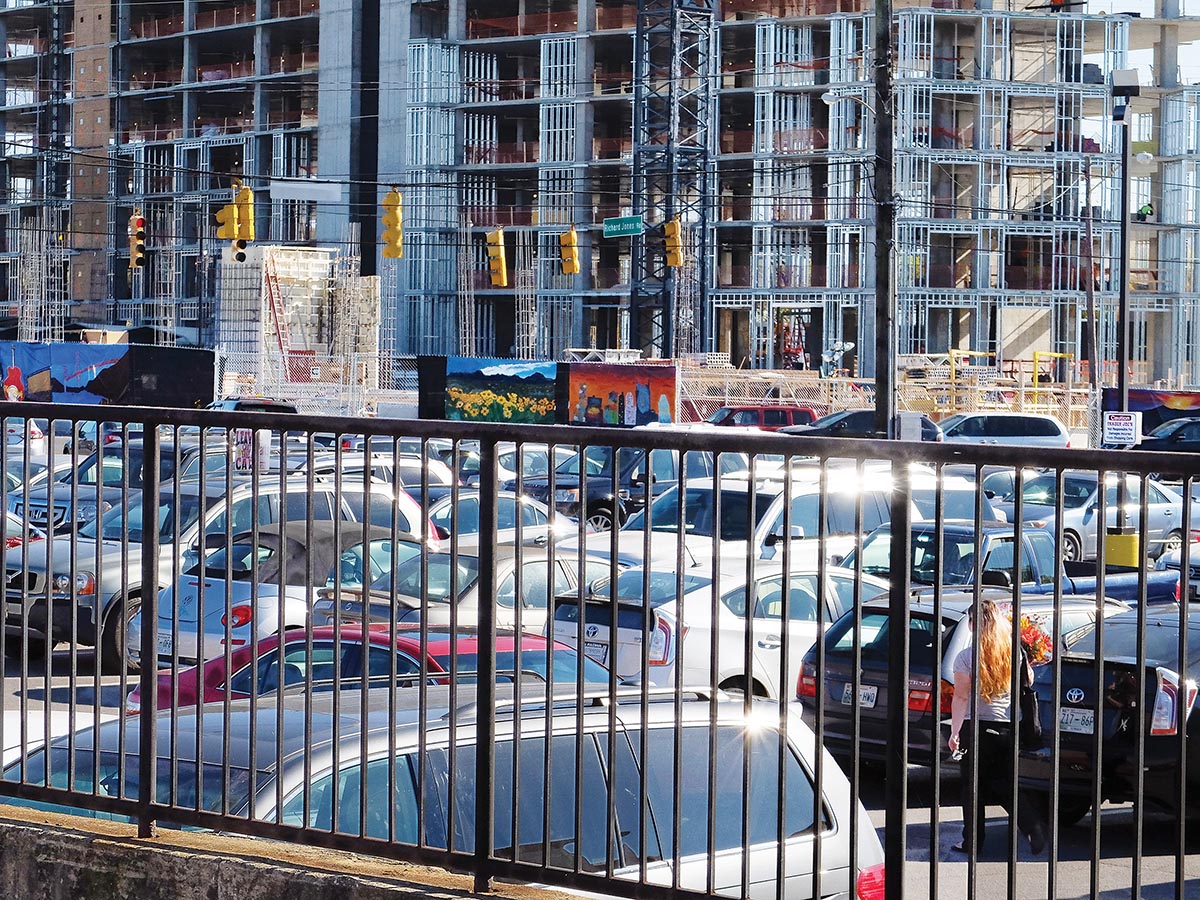 I pick the stage and wait until the characters show up to see what the play’s going to be about. When the woman holding the flowers entered from the lower right I knew the protagonist had arrived. And, in a setting reminiscent of Intolerance’s “Fall of Babylon,” she appears to be heading to the giant glass throne on the left, as if preparing an offering to an unseen ruler—or god. 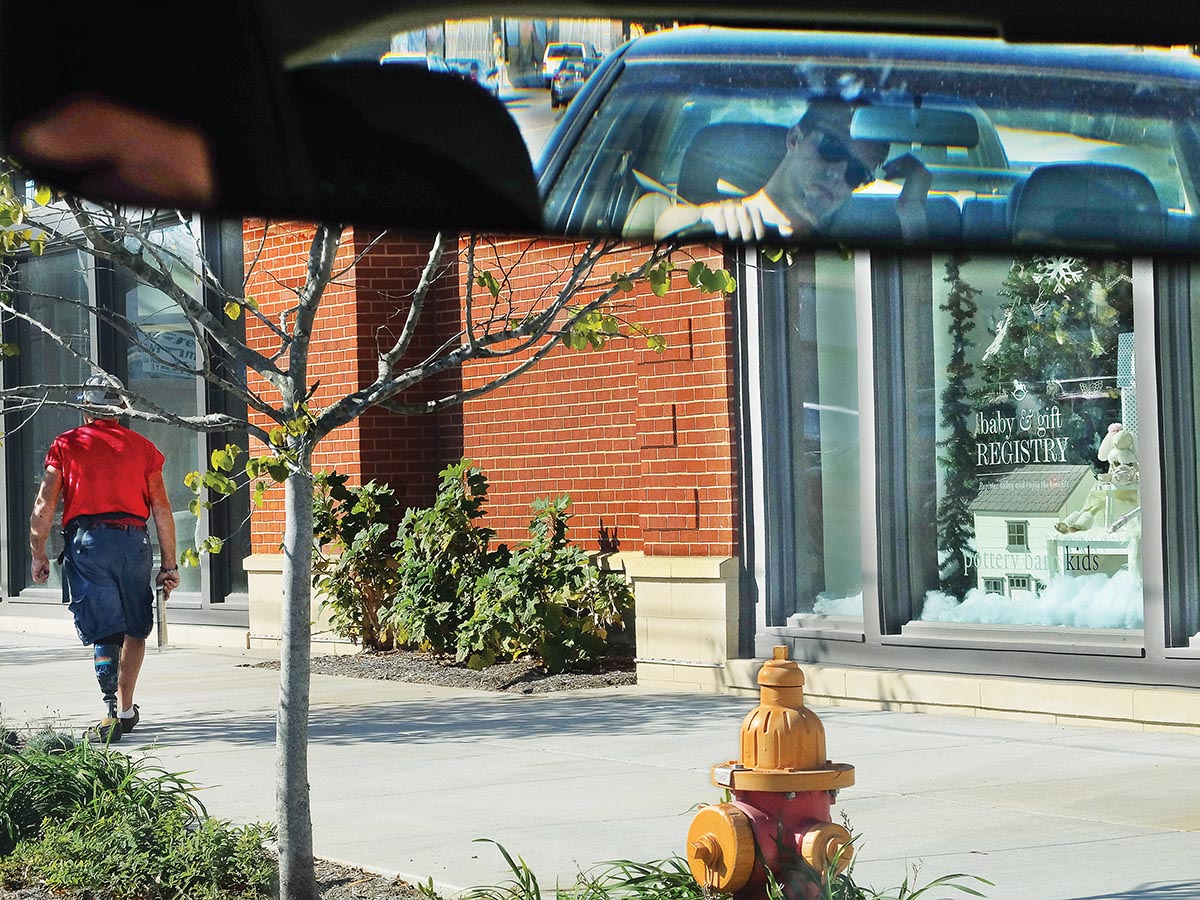 Captain Ahab (far left) walks away, Renee, while Ed “Kookie” Byrnes checks the pompadour one last time before his big scene. I don’t know about you, but this photo is so damn weird—joyously goofy, even—that it makes me glad to be alive. 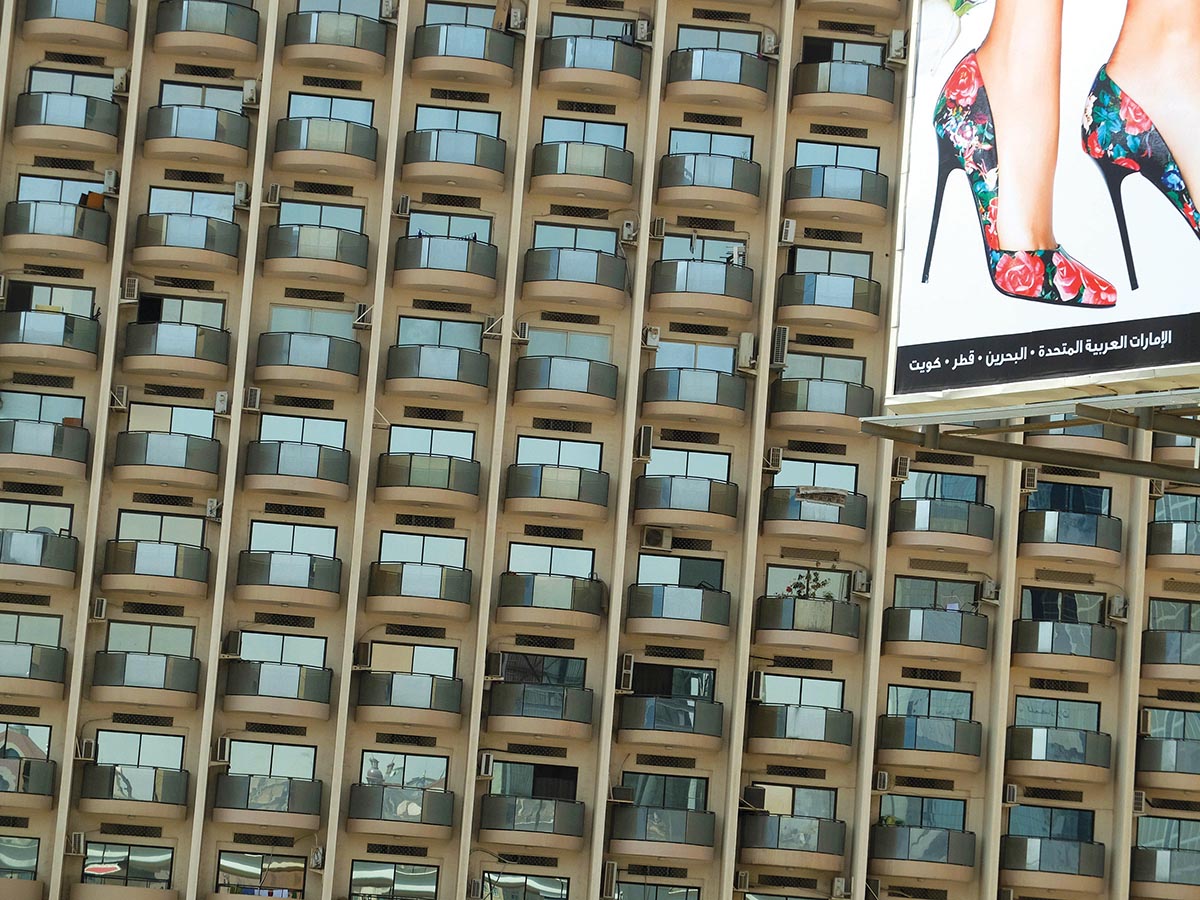 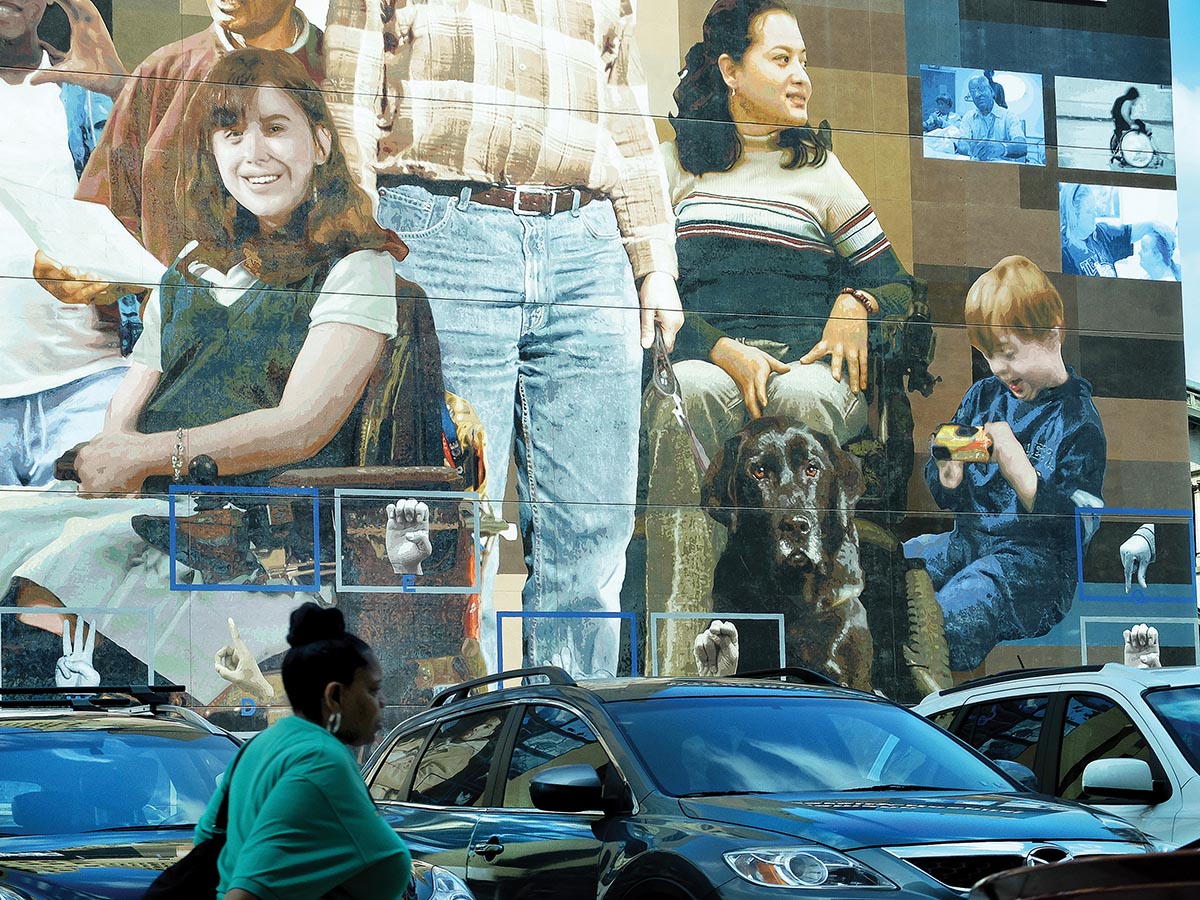 Call me old-fashioned, but I just can’t resist a big city mural for a nice illusion-versus-reality shot. Of course, that the resulting photo is an illusion itself makes me the butt of my own joke. But I don’t take it personally. 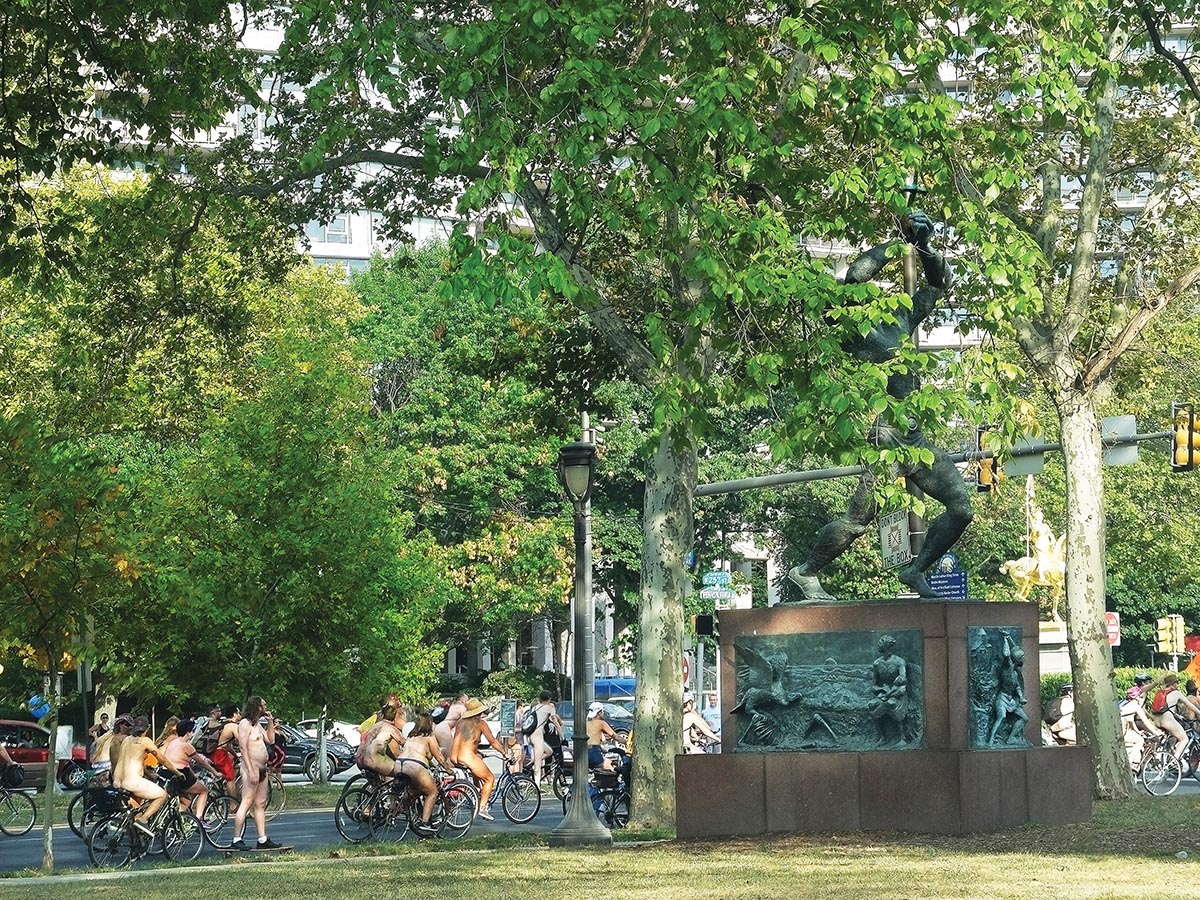 Pure Gary Winogrand/Lee Friedlander homage, complete with their patented second-look ironic details. In this case, it’s the cross the statue is holding (behind the trees on the right), as if heavenly forgiveness is being sought for the naked Philadelphians on their annual birthday-suit bike ride. 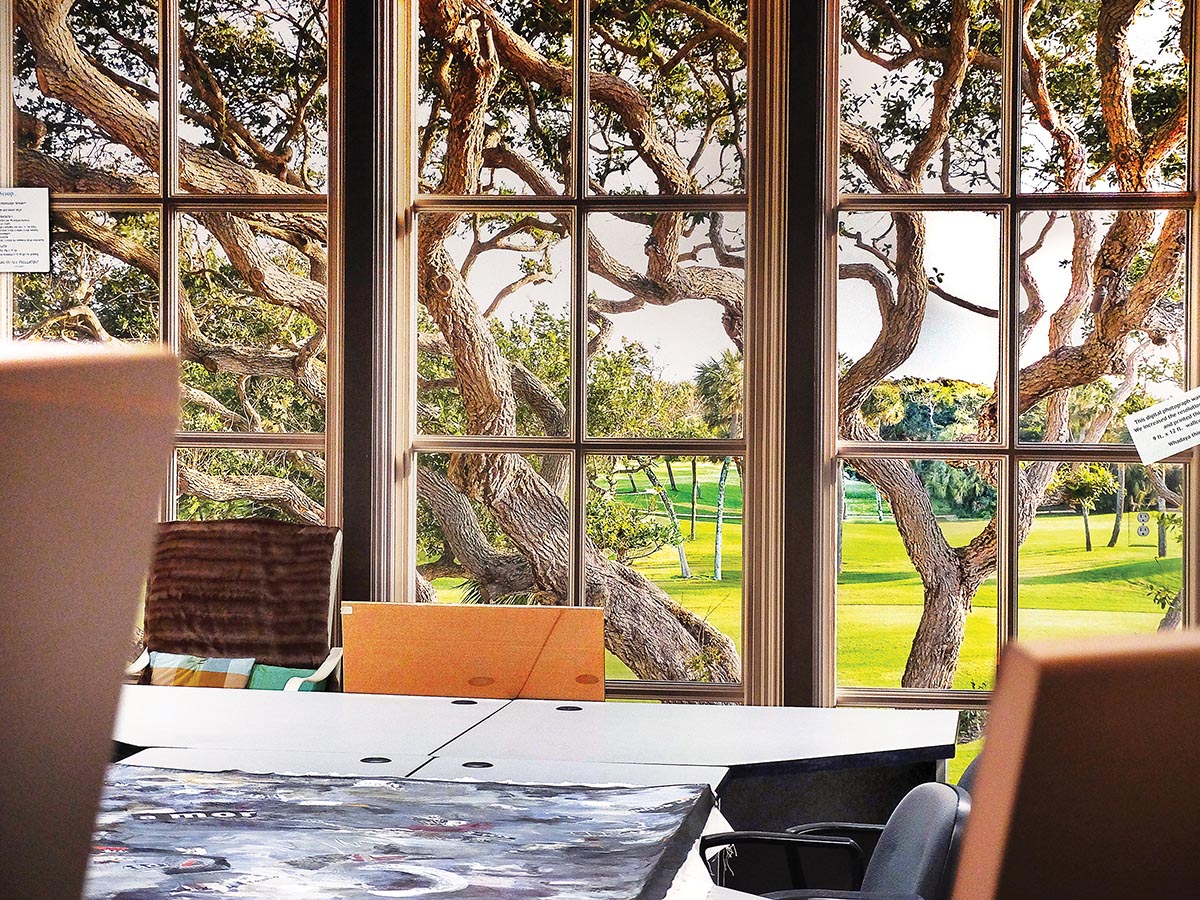 Hallucinatory detail: OK, it’s not real, it’s just a big photo mural (but of what?—the back nine at Augusta?) but then why—in this otherwise hyper-real environment—is there an abstract-expressionist canvas on the table? With the word “amor” in it? (Sally Mann would never waste her time on drivel like this, would she?)