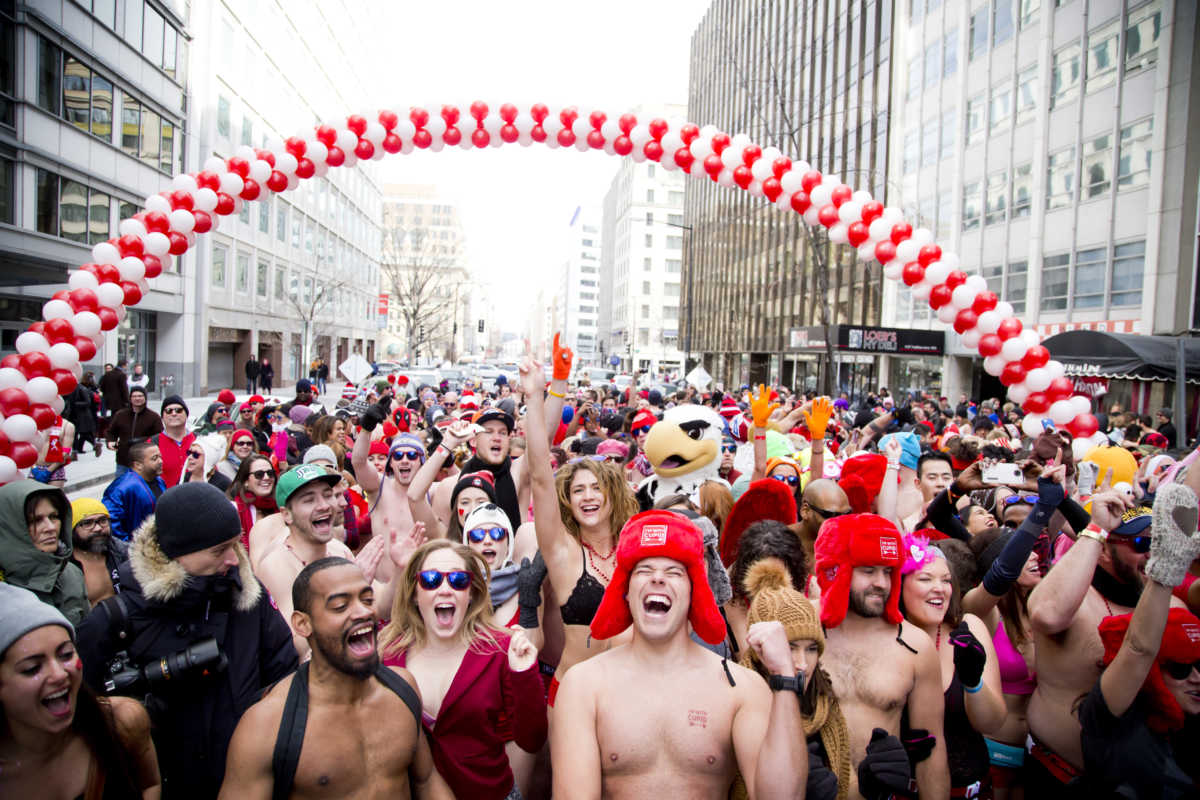 If you happen to see about 500 half-naked runners tearing through downtown on Valentine’s Day weekend, don’t be alarmed. It’s for a good cause.

Nashville’s fifth “Cupid’s Undie Run” is expected to be the city’s biggest yet, an event in which participants dress like Valentine’s god of desire and endure frigid temperatures in an effort to raise money for the Children’s Tumor Foundation and its research on neurofibromatosis.

“We’re willing to do anything to see a change, to move that needle forwards towards a treatment,” says Brittney Jordan, the race director for Nashville’s version of the event. “Right now, there is absolutely no treatment for NF, and there are very few therapies to help with the pain that a lot of these individuals live with, so that alone is enough inspiration to get out there and say, I can do this.”

Since its inception, the event has raised about $14 million for the Children’s Tumor Foundation with $275,000 of the total coming from Nashville. Jordan is optimistic that the city can contribute another $175,000 this year. A key to those figures has been local participants’ willingness to fundraise beyond the cost of registration, receiving prizes when they hit donation milestones. For instance, raising $250 will get you access to an open bar at this year’s host venue Dick’s Last Resort.

“At the end of the day, this event is a big party,” Jordan says. “You’re hanging out with your friends and raising money for a good cause.”

This year’s route takes the honorary Cupids up 2nd Avenue to Union Street, then back down 5th Avenue to Commerce Street for a total half-mile jaunt, before the Cupids return to Dick’s.

Cupid’s Undie Run will be held on February 18 from noon until 4 p.m. The event begins and ends at Dick’s Last Resort, 154 2nd Avenue N. To register, visit www.cupidsundierun.org.