Marilyn Murphy’s spacious home, located in a leafy Nashville neighborhood, may as well be an art gallery. Every wall in the house is covered with this beloved artist’s paintings and drawings, most of which depict delightfully playful collisions of reality and fantasy. 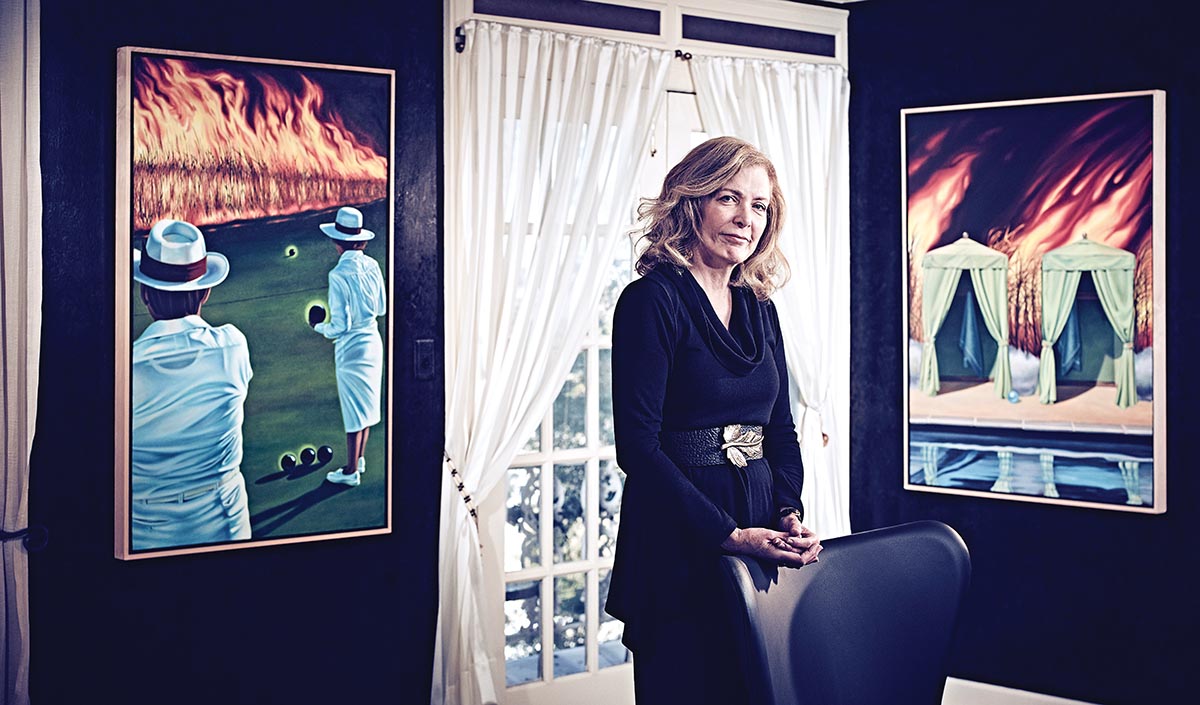 In Murphy’s artworks, buildings, machines, and people are rendered with degrees of realism that seem photographic. Yet in these same works, Newton’s Law of Gravity invariably gives way to Murphy’s Law of Whimsy, with objects and people breaking free of their earthly tethers to float freely, and one assumes happily, in the sky. 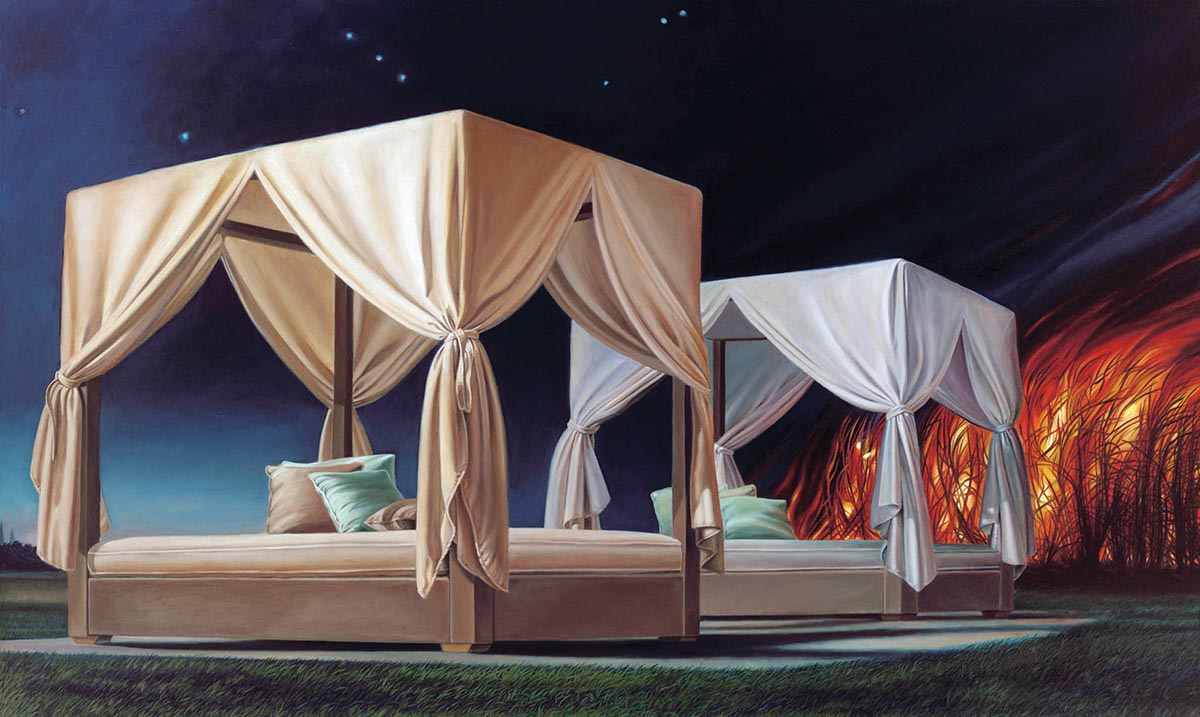 A native of Tulsa, Oklahoma, Murphy has been an art professor at Vanderbilt University since 1980. After 36 years on the job, Murphy will retire from Vanderbilt in August. The university is celebrating her notable career —her works have been shown in more than 300 exhibits worldwide—with an important show, Marilyn Murphy: Realism Subverted, which runs through March 3 at Vanderbilt University’s Fine Arts Gallery. On the eve of this exhibit, Nashville Arts Magazine caught up with Murphy to discuss her life and career. 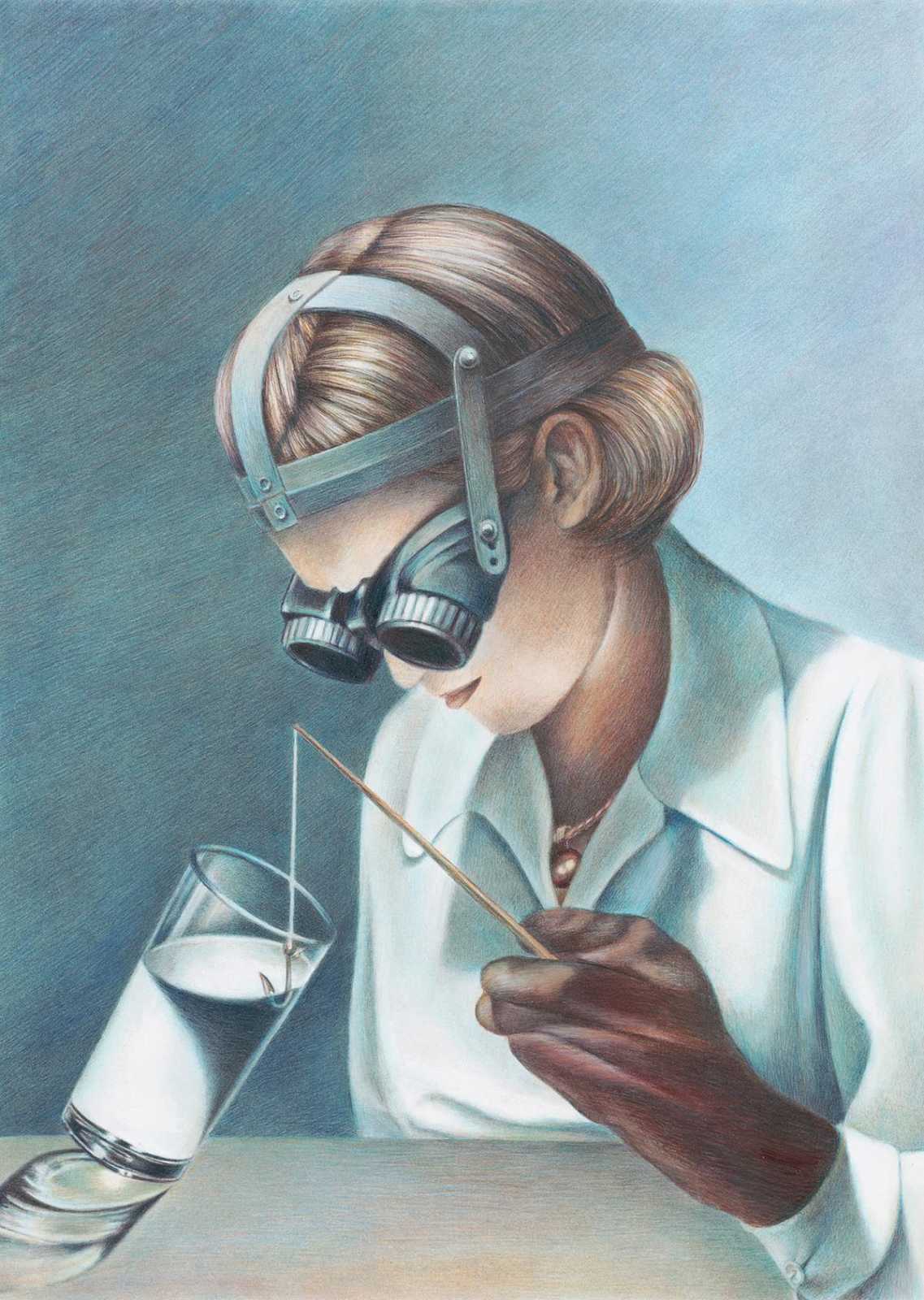 What inspired you to become an artist? Did you discover art, or did art discover you?

MM: I wanted to be an artist from the time I was a little girl. My mother had a lot to do with it. She was extremely creative and always encouraged me. My own creativity helped me out in the fourth grade. I received an assignment to read 25 books and also had to write 25 reports. I quickly found that I could write a shorter book report if I did a nice drawing with it. I probably spent more time on the drawings than the other kids did on the book reports. I knew at that point I’d be an artist.

JP: I’ve noticed many of your drawings have a narrative flair. Does that stem from the book report experience?

MM: Actually, I never thought of that before. That’s an excellent observation. I love narrative. I love books, fiction as well as nonfiction. Also, I grew up in Tulsa, Oklahoma, which has a lot of Frederic Remington’s art. Many of his paintings and drawings were developed for books and illustrations. They all told a story, and I learned to love that kind of art early on.

JP: You arrived at Vanderbilt University in 1980. How has the university changed over the years? 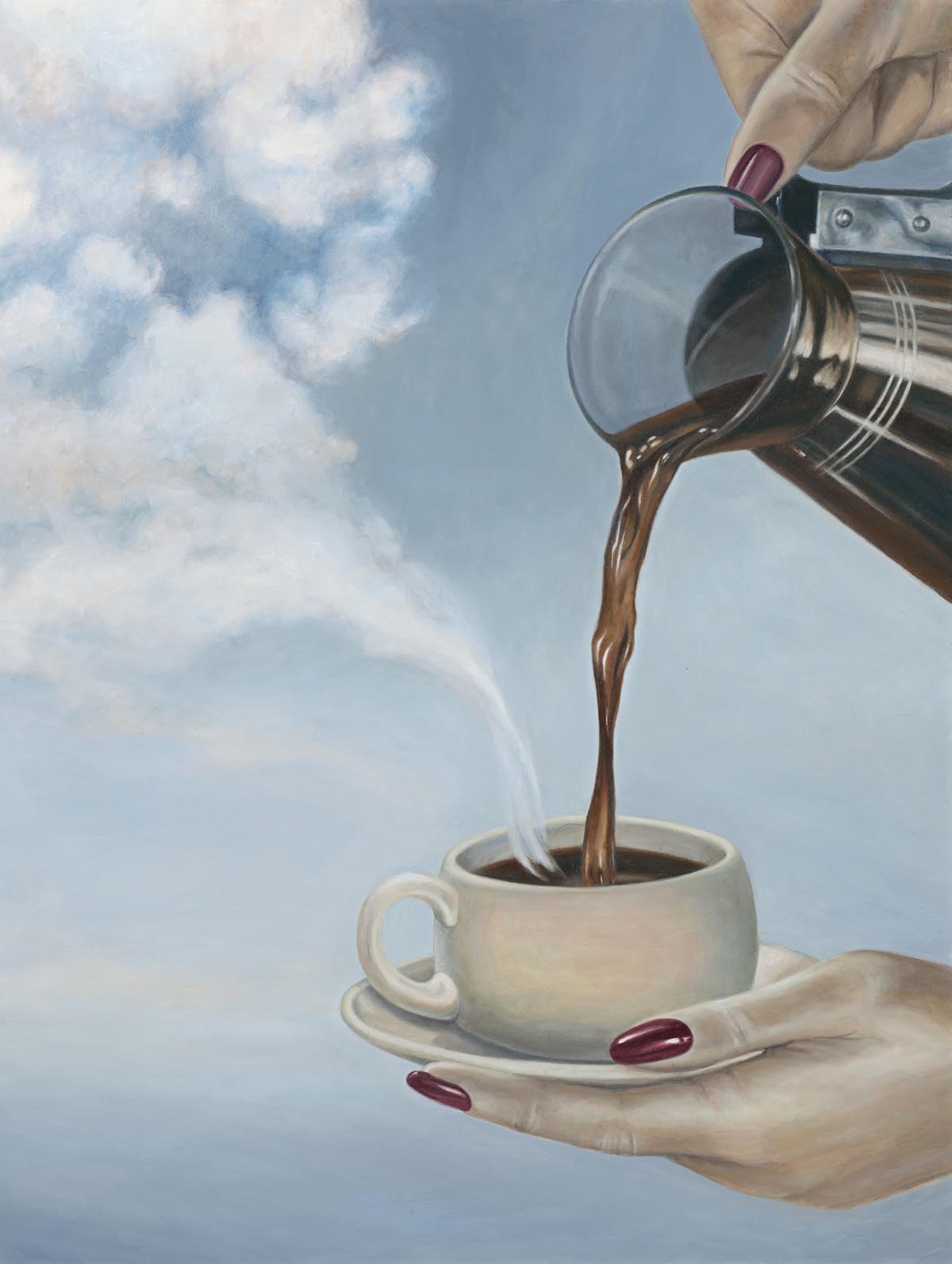 MM: It was a wonderful place from the beginning, but it had a very homogenous student body. Fortunately, there was a real push in the late 80s early 90s to become more inclusive, economically, ethnically, and intellectually. Now it’s so diverse we have students from Europe, Asia, and from all across the United States. We all learn in a lot of different ways. Diversity gives us a considerably richer learning experience.

JP: How has Nashville’s art scene changed over the years?

MM: When I first came here I knew all five serious visual artists in Nashville. Now I don’t even know all the art crawls. It’s amazing. I think the opening of the Frist Center for the Visual Arts was the real turning point for the arts here. I was part of a community group called Nashville’s Agenda that came up with the idea for the Frist Center. Our leaders in the community were saying back in the 1980s and early 1990s that Nashville was about to explode in the arts. Turns out they were right.

JP: You grew up in the Southern Plains and have spent most of your adult life working in the South. Have these locations influenced your work? 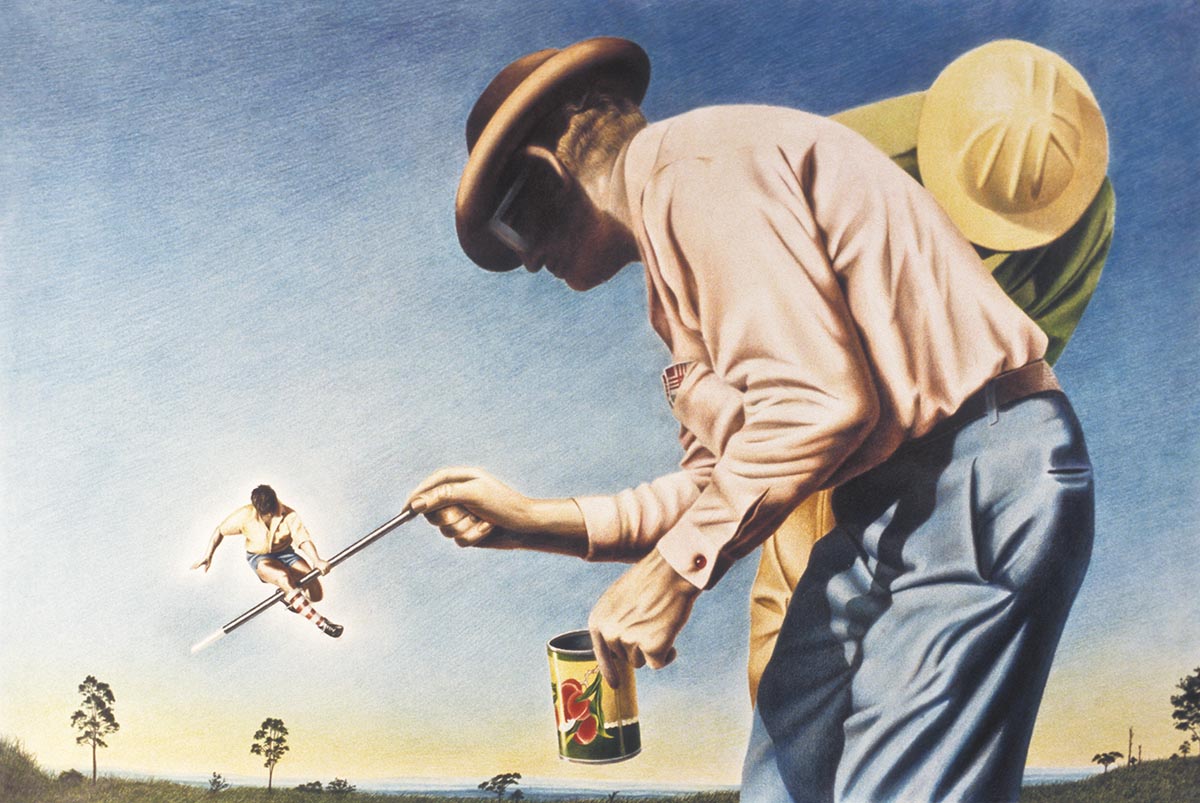 MM: You see the action of the wind and the movement of clouds in some of my works, and that probably has to do with my growing up in the Plains. Another place that has influenced my work is Australia. In Queensland, big fires are set during the sugar cane harvest, and I’ve tried to capture the essence of those fires. When I was a kid, my mother took my brother and me to factory open houses, which I found fascinating. So in my early works I started drawing factories and other images of power. Later I moved from images of power to images of the ephemeral, like wind and clouds.

JP: The writer Peter Frank once referred to your work as “lucid dreaming.” Is that an apt description, and if so, how do dreams inform your works?

MM: I love surrealism, though I’m not a full-fledged member. I think it’s true that my works include a curious juxtaposition of images that you might find in dreams. 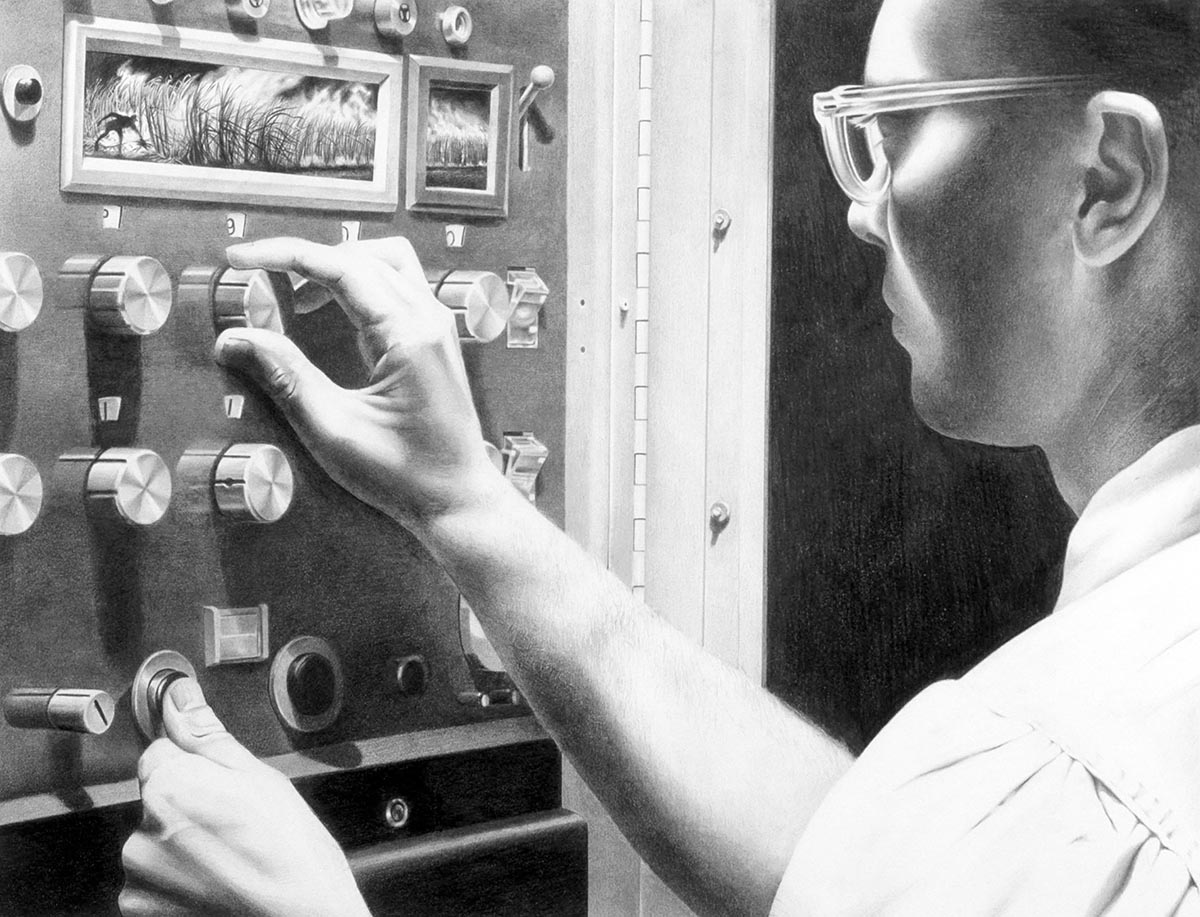 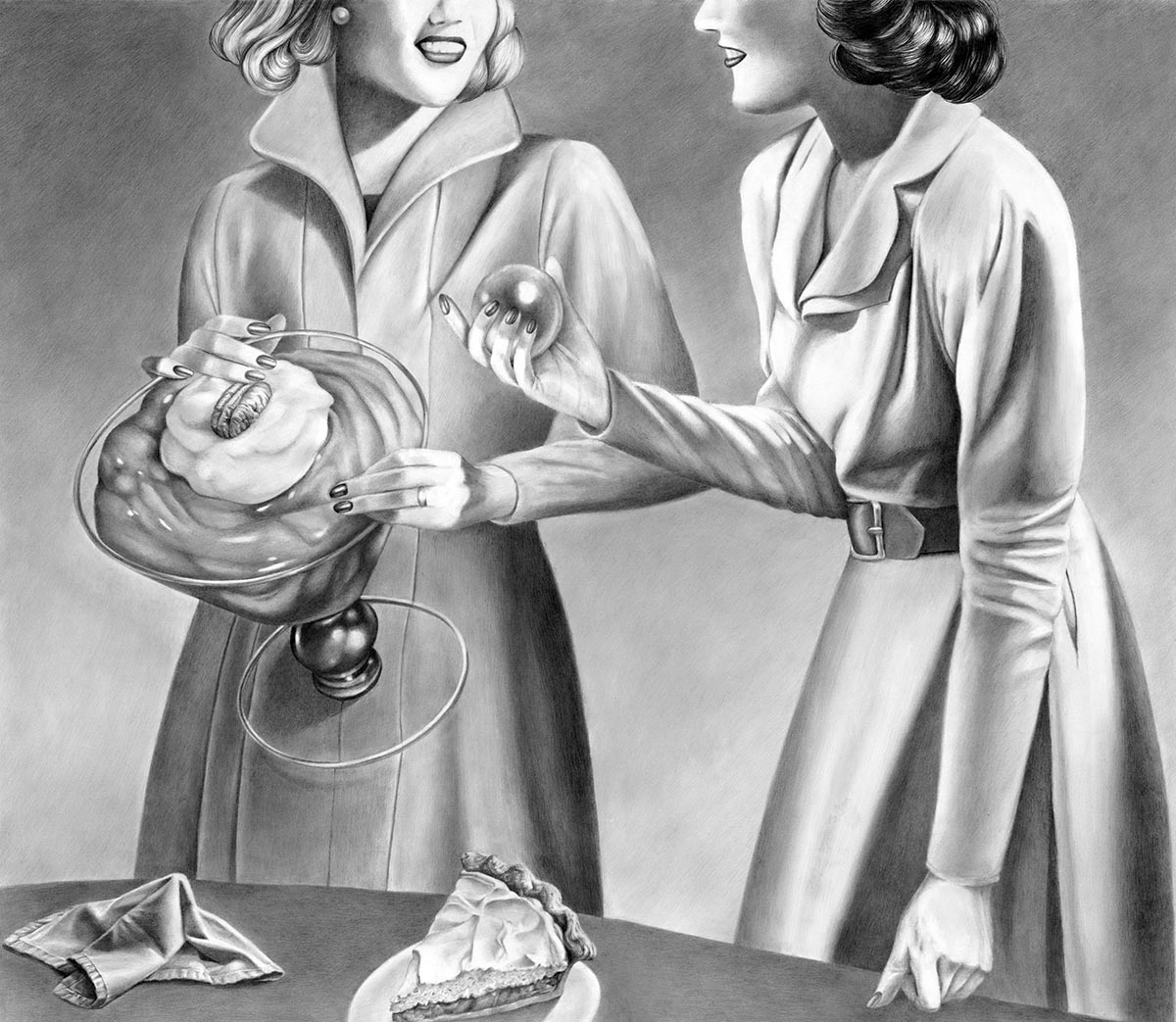 “I always tell students to find a medium that compels them, because there will come a time when you don’t have an idea. But if you have a medium, you’ll experiment and new ideas will flow.”

JP: I often think of you as the Gabriel García Márquez of painters, since you seem to have embraced that novelist’s love of magical realism. How did you develop your approach to visual storytelling?

MM: It probably comes from my love of novels and film noir. I want my work to look like a film still. That way it’s up to you as the viewer to figure out what is going on. There’s realism in this approach, but also a lot of surprise.

JP: What attracted you to drawing and painting? 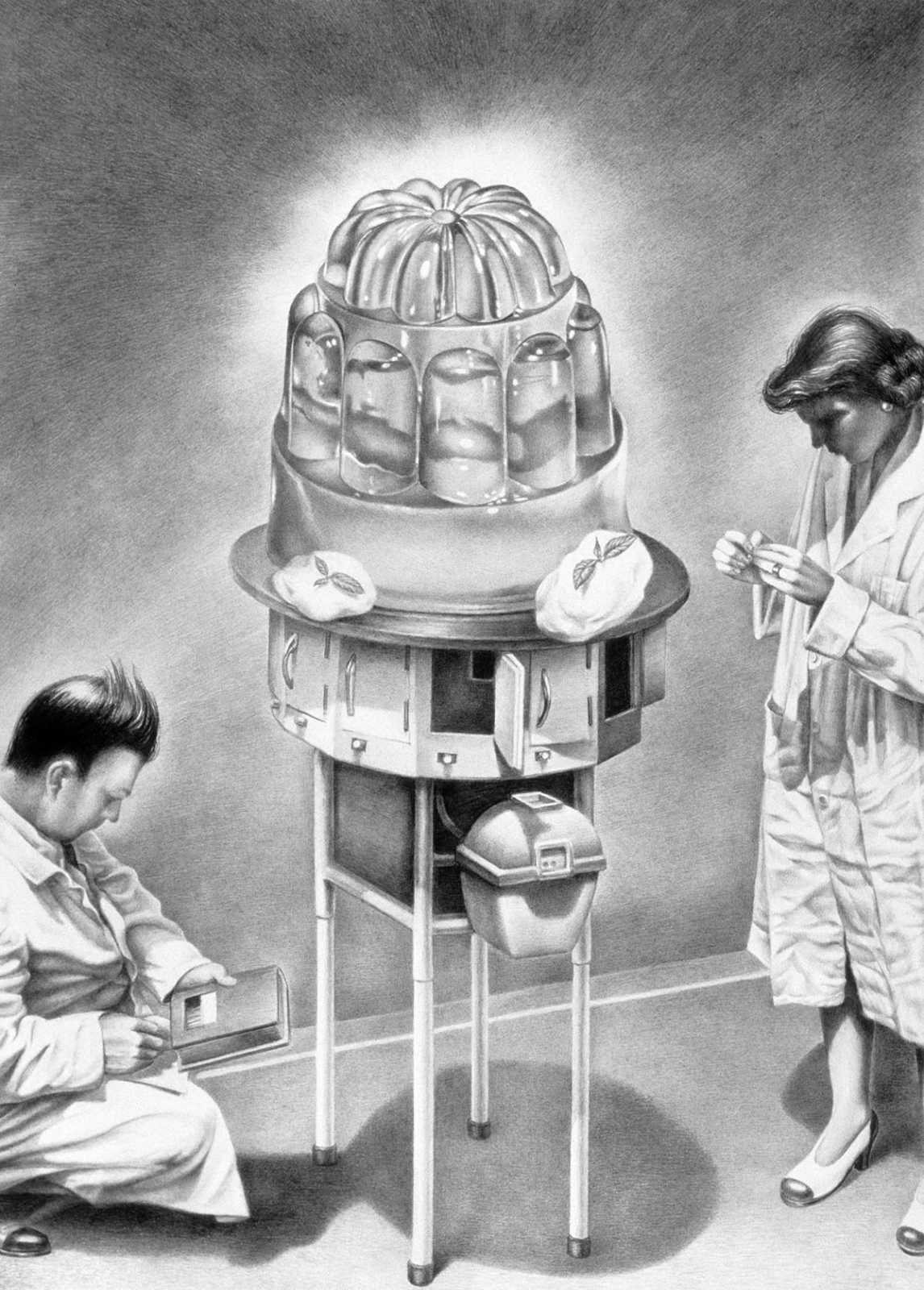 MM: I always loved to draw. It’s so immediate. I especially love the pull of a pencil point across the surface of paper. Before going to graduate school, I did try other things, like animation, ceramics, and printmaking. I even made crazy hats. But in the end I just loved 2-D, and I never felt like I needed to make installations or anything else. Though one day I might do some short animated films.

JP: Who are your favorite artists?

MM: Some of my favorite artists are Nashvillians like Barry Buxkamper, Ron Porter, Bob Durham, and Jane Braddock. I’ll often get together with Barry and Ron to go to a gallery opening or to the Frist. They’ll also come to my studio and provide insightful critiques of my works. Other artists I love include Caravaggio, Vermeer, Van Eyck, Kehinde Wiley, Dorothea Tanning, Lee Bontecou, and Audrey Flack.

JP: Any advice for up-and-coming artists?

MM: I always tell students to find a medium that compels them, because there will come a time when you don’t have an idea. But if you have a medium, you’ll experiment and new ideas will flow. 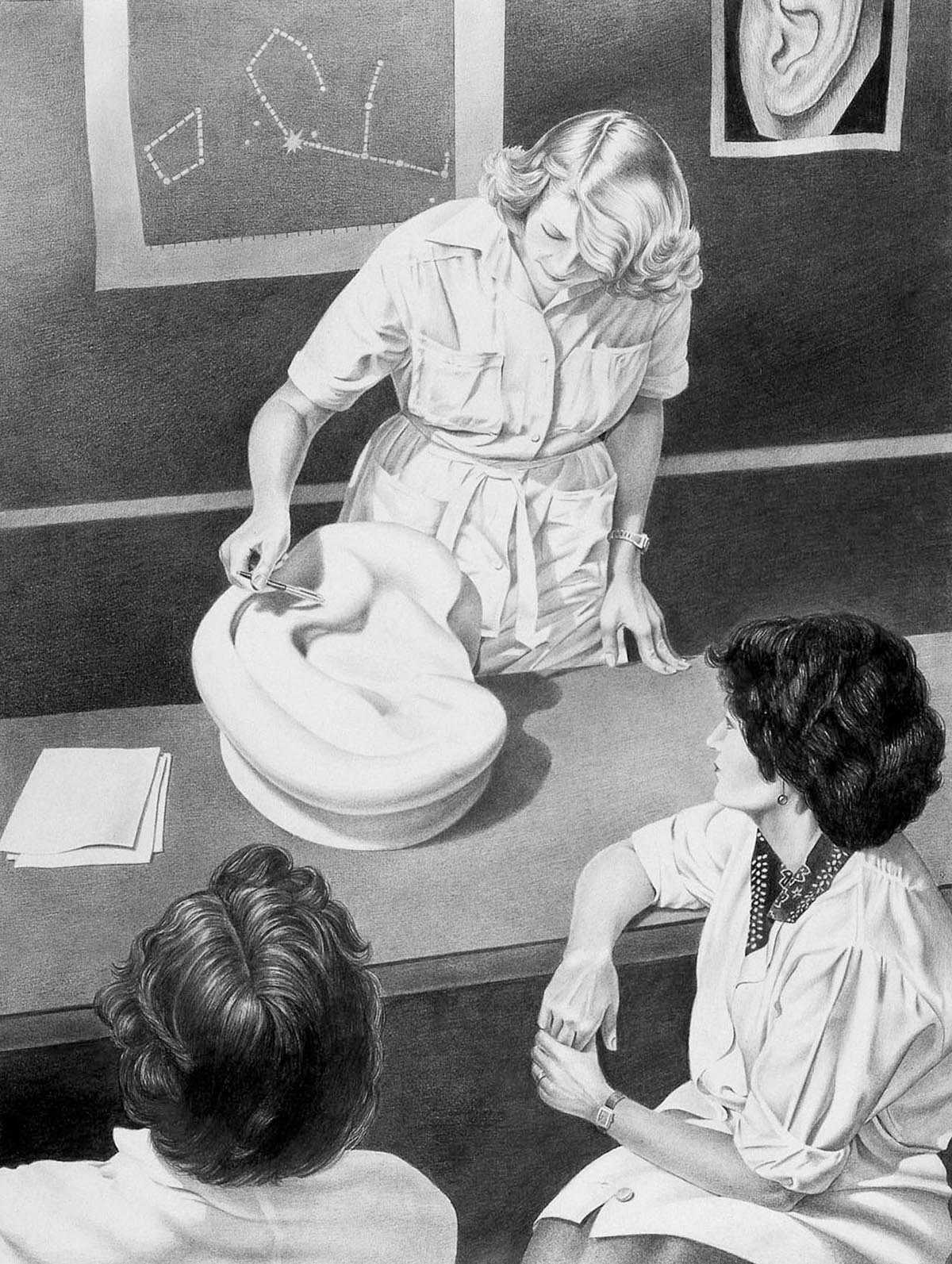 JP: You are retiring after 37 years as Professor of Art at Vanderbilt. What do you plan to do with your time?

MM: I plan to be happy as a clam in my studio. I’m also looking forward to doing more traveling, spending time with friends, and reading. 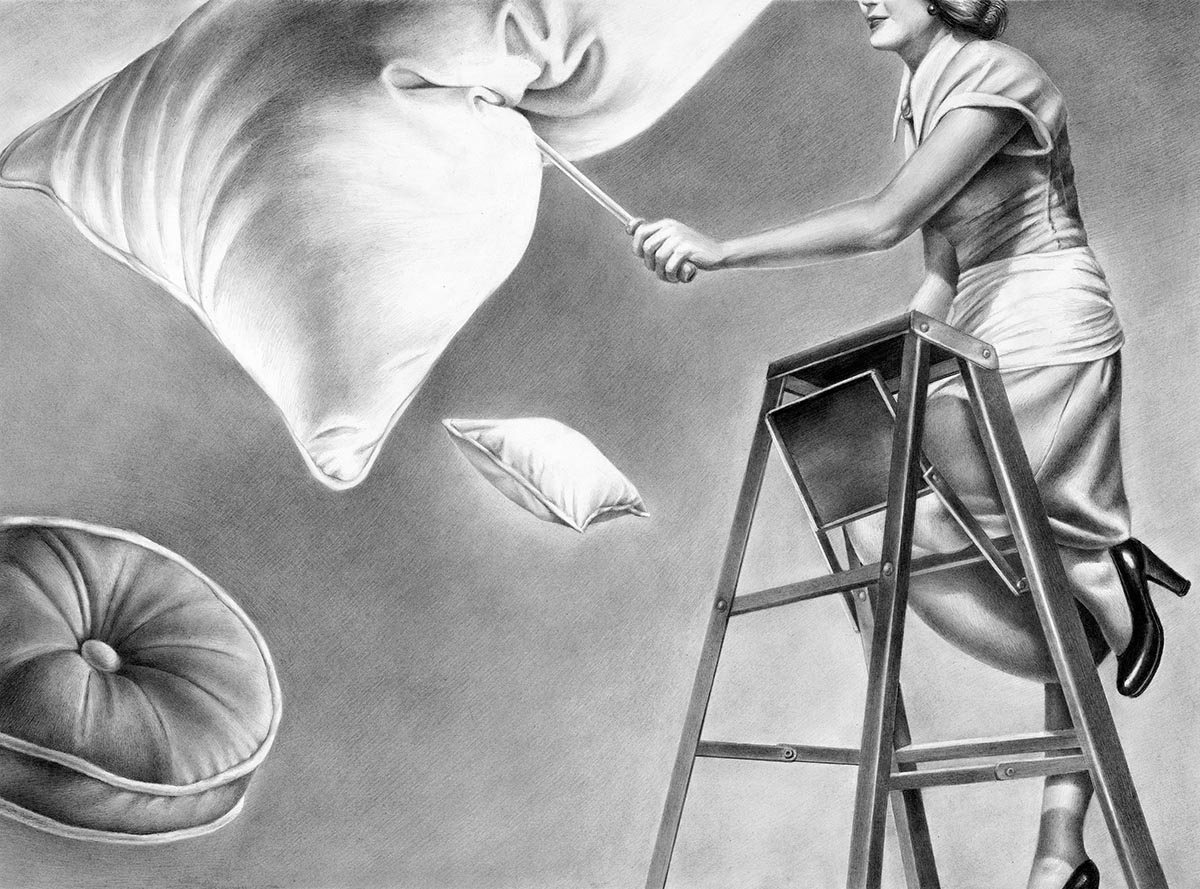