On January 12, 2017, Fisk University hosted an event “that shared community voices in song, spoken word, instruments, and visual arts,” celebrating Dr. Martin Luther King Jr. and those who stood “upon these shoulders.” It was an extraordinary evening.

The concert opened with a communal performance of “The Star-Spangled Banner” and “Lift Every Voice.” The first solo, “Over My Head,” featured local soprano Tyler Samuel, and Rollo Dilworth’s “Hold Fast to Dreams” was sung by Margaret Campbelle-Holman’s exquisitely prepared MET Singers. Gwendolyn Brown followed with a stirring “Sometimes I Feel Like a Motherless Child.” Jessie Montgomery’s “12 Moods” brought us into the 20th century with his fresh setting of Langston Hughes’s poetry. 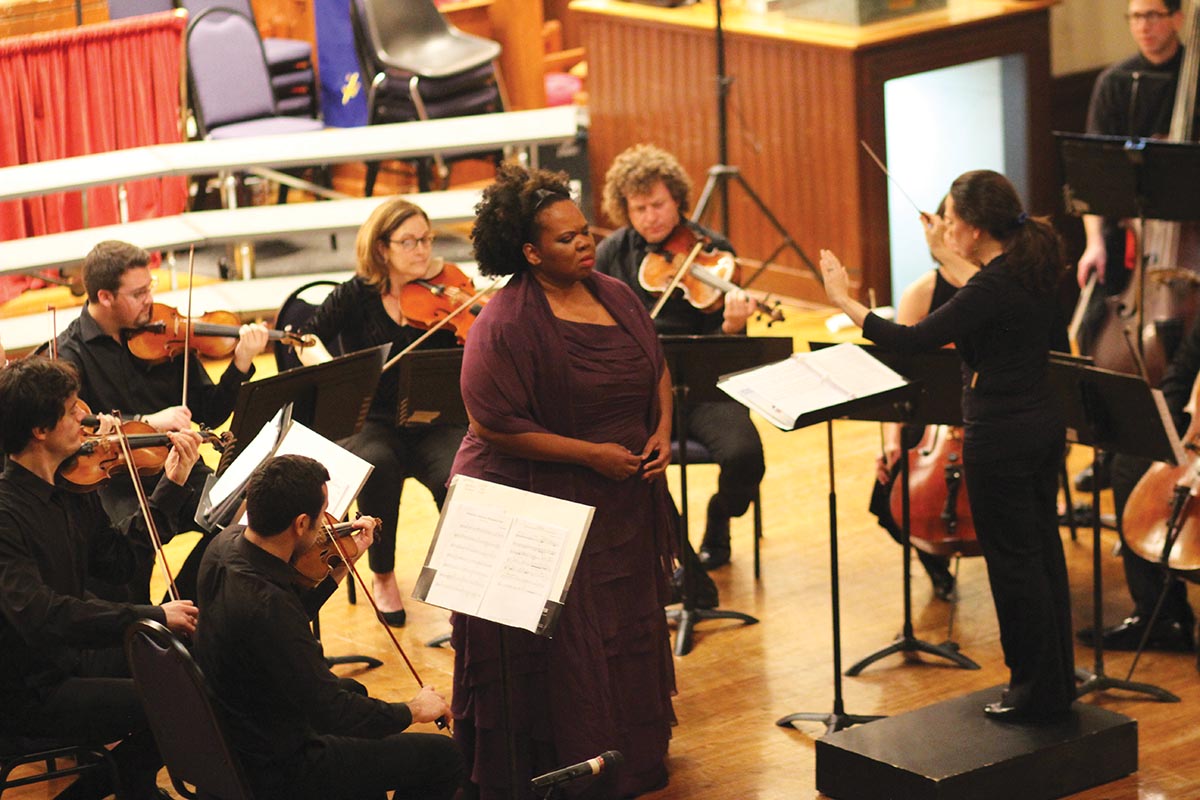 At midpoint, the evening turned to oral history as Freedom Rider Dr. Ernest “Rip” Patton told of his experiences at Nashville lunch counters and Parchman Prison, but most of all he spoke, sang, and inspired human perseverance in the face of oppression.

In all, the evening reflected the history, strength, and diversity of Nashville—as expected from an Intersection collaboration. With so many moving parts, including a temperamental sound system, one couldn’t expect perfection. However, when measured by the numerous standing ovations and moments of hushed emotionalism, the concert was simply extraordinary—I can’t wait for next year.

Learn more about Intersection at www.intersectionmusic.org.