Clarksville’s Customs House Museum and Cultural Center through May 4

“Inspiration is for amateurs. The rest of us just show up and get to work.”

It’s a lesson in balance and an important one for Knoxville artist Chris Hornsby, who is ever striving to marry hard work with fresh ideas. More than that, he’s on the hunt for catalysts to evolution—of himself and of his art —so much so that he’ll openly consider that someone might not love his debut show, an exhibition of ten Fracture paintings currently on display at Clarksville’s Customs House Museum and Cultural Center. 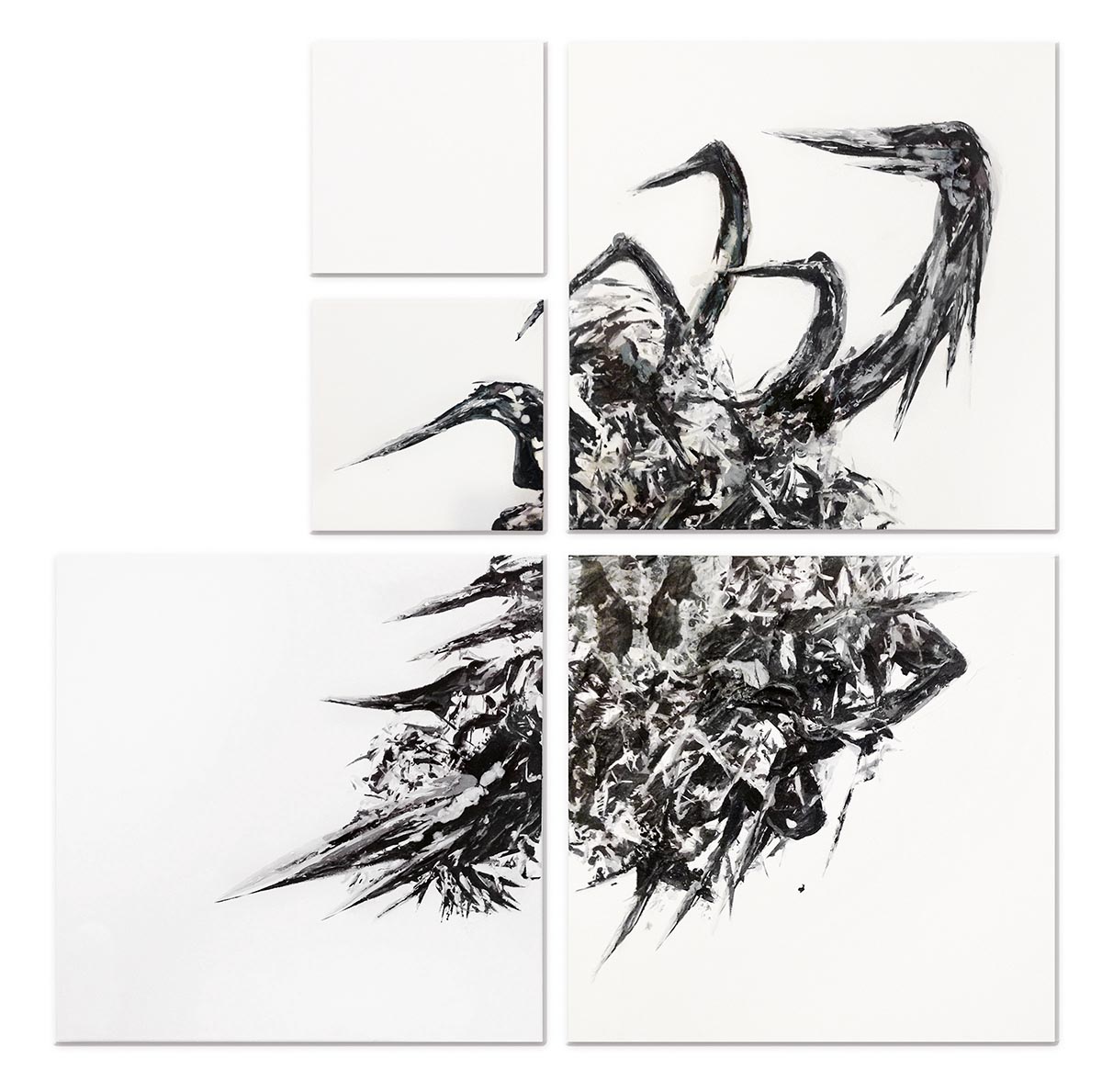 It’s this effusive, positive attitude that has led to such tremendous success in Hornsby’s advertising and marketing career. After earning a BFA in graphic design from the University of Georgia, Hornsby worked with a number of ad agencies and design studios across the Southeast before launching his creative firm, Hornsby Brand Designs, LLC., in 2003. He has been inducted into the AAF (American Advertising Federation) Hall of Fame and has won more than a hundred local and international design awards.

“I think great work comes from parameters,” says Hornsby, who goes by only his last name as an artist. “Some people, they don’t understand the creative process. They think, oh wow, wouldn’t it be great not to have a client or someone to give you any kind of parameters. . . . That’s just absolutely not true. Everybody has to have some parameters. And so with my art, with my painting, I accept my own parameters.”

“I was inspired by this image that I saw of David and Goliath and the whole idea that this struggle between— you could call it good and evil, good and bad, or whatever it is—the struggle [that’s] internal with all humans,” Hornsby explains.

The entire Fracture series originated from his first drawing of David and Goliath, and then digitally he began to fracture it. Hornsby considers his preliminary computer work to be the equivalent of sketches or blueprints. After printing out the design (using environmentally friendly black and grey ink), he layers paint and even items like tissue paper with Rorschach inkblots and wire on the canvas. 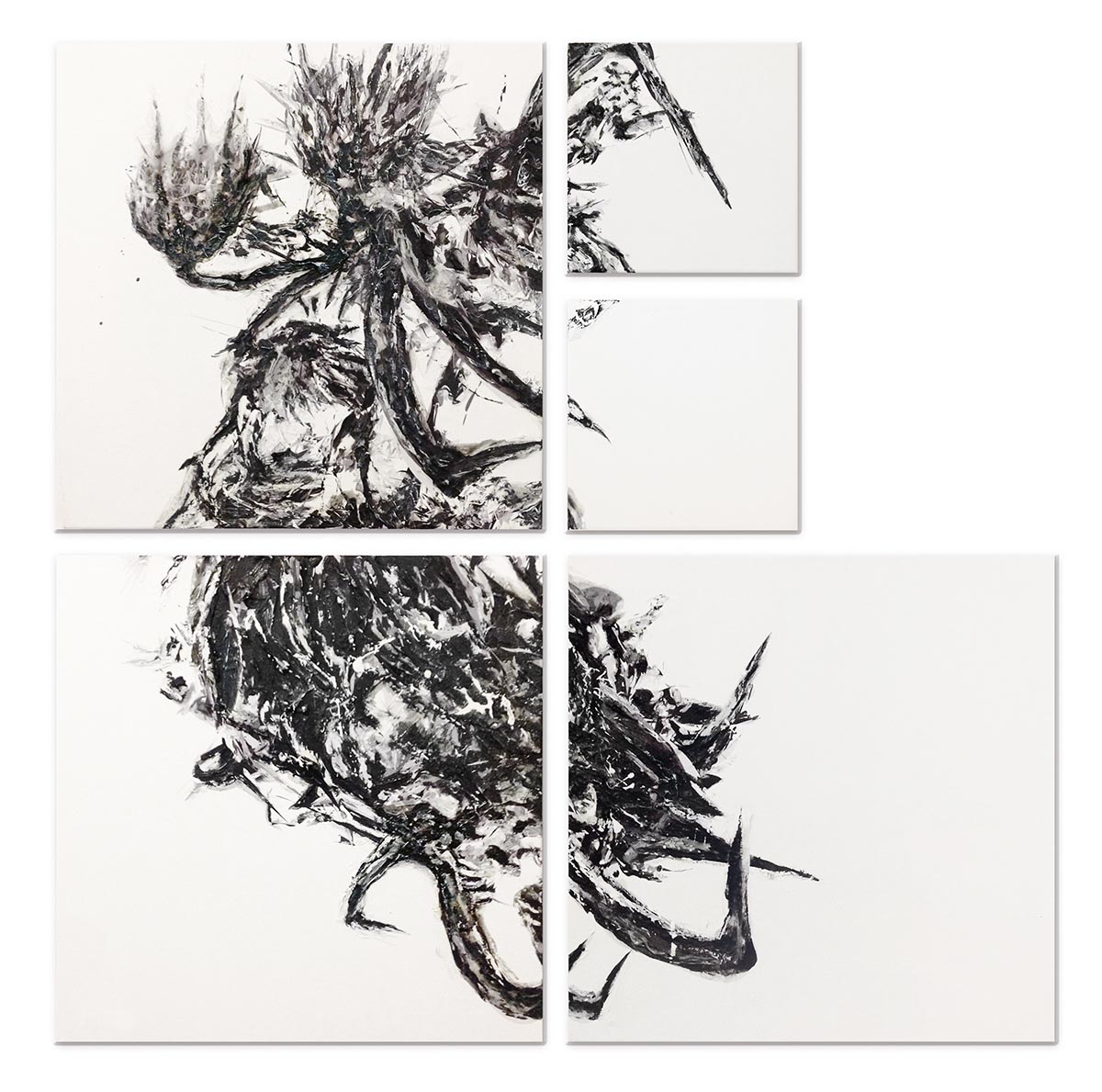 Each Fracture has a black, abstract mass writhing within multiple canvases. That powerful organic form seems to be in motion and may be up to something sinister. But within the canvases, the mass has been organized, contained, or perhaps caged. So what’s the contrast of good and bad? Is the black mass the bad, and the organization the good? Or is the mass an amalgam of good and bad, and Hornsby’s canvases are an attempt to make sense of it?

“It’s like this fighting and turmoil is very, um, free is not the right word,” Hornsby says. “But it’s not controlled, and yet I found myself trying to control it within circles and different structures. . . . Maybe I’m being too controlling, but at the same time, that’s kind of part of it. It’s that struggle.”

Another contrast to note: The ways Hornsby describes the paintings seem to center on power and competition, on “humanity’s violent struggle to succeed.” But this struggle, while it could describe financial or career signposts, is profoundly internal.

“I think [it’s about] trying to succeed as decent human beings, as people who are more positive than negative,” Hornsby says. “Whatever your difficulties are through life—everybody has them—[there’s something] that you’re wanting to get better or change. It’s just a constant evolving of the human.”

From stark contrasts to contradictions, there’s a little bit of all of us in Hornsby’s Fractures, whether we like it or not. 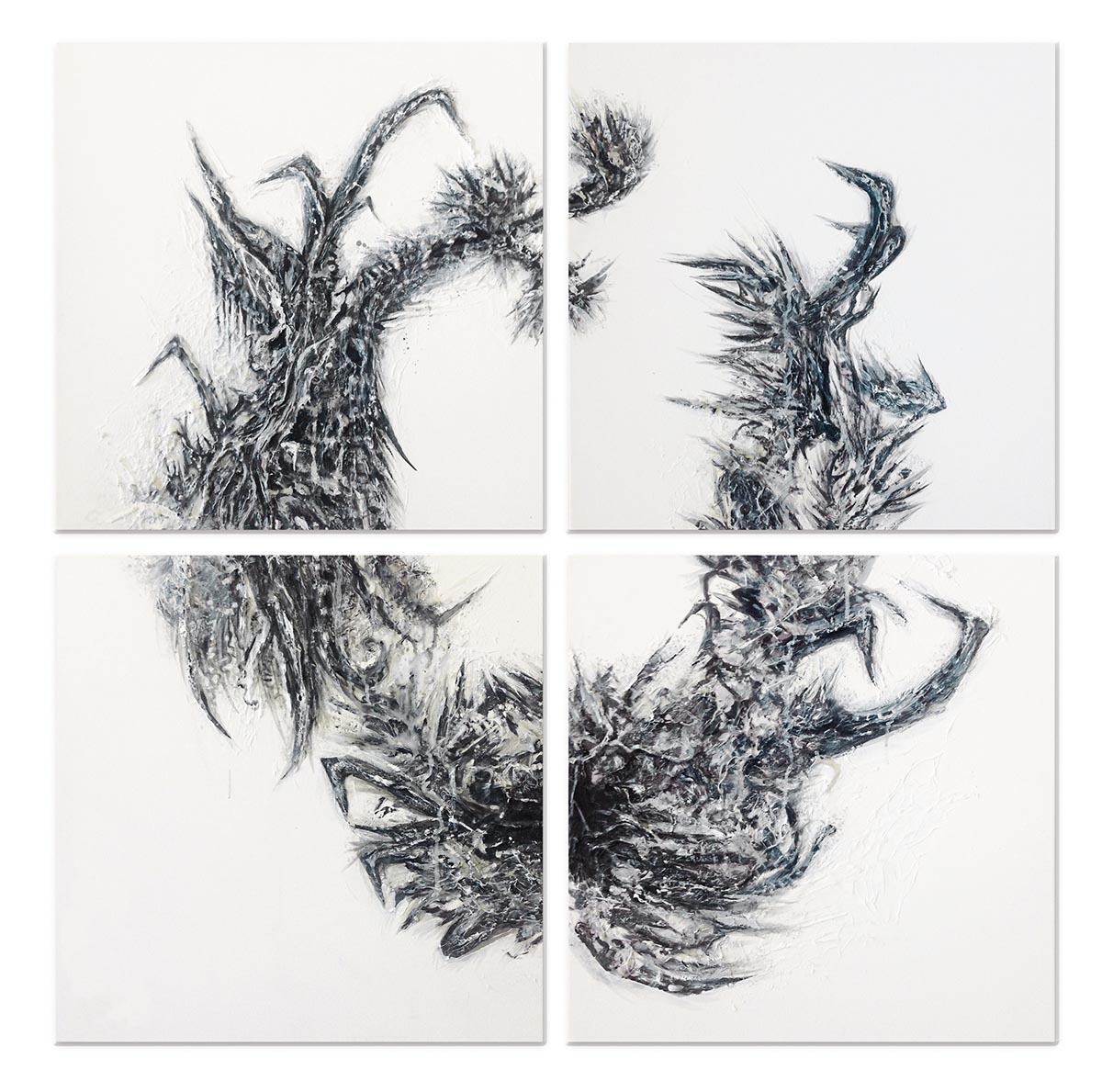 Chris Hornsby’s Fracture series is on view at Clarksville’s Customs House Museum and Cultural Center through May 4. For more information, visit www.customshousemuseum.org. See more of Hornsby’s work at www.hornsby.gallery.