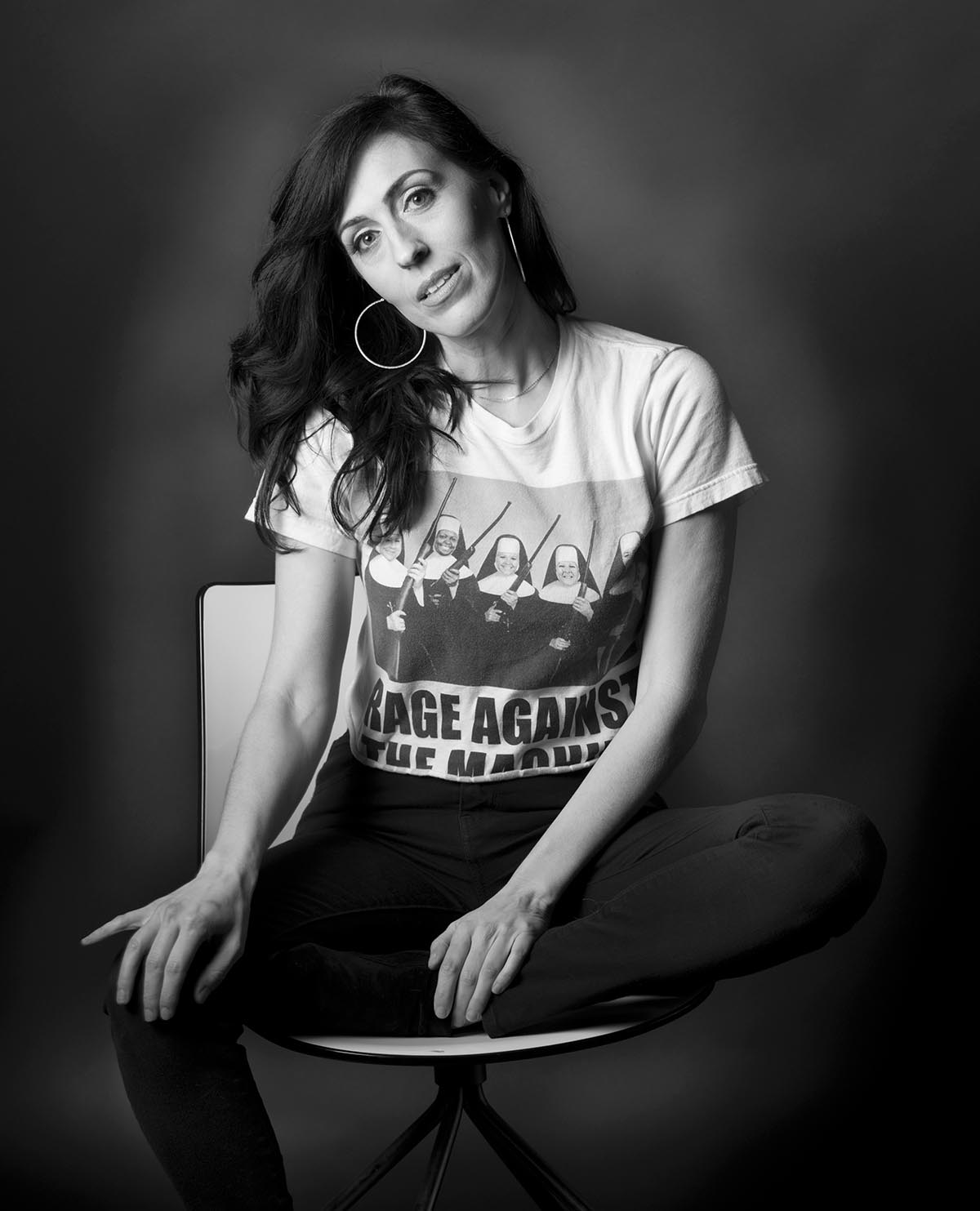 The story of Heather Leroy is . . . made for a movie. It’s the perfect backdrop for a standup comic—and I don’t know of any standups who aren’t exorcising demons. Her bio reads like a psychedelic Twister map: “Pain plus Time equals Comedy,” she says. Start with being born on a farm on the Tennessee-Alabama state line—“the Bermuda Triangle of firework stands, ammo shops, and Walmarts,” she says. Add 14 schools before graduating, living alone her senior year, a year in Cape Town when Mandela was freed. No residence longer than a year. The alcohol-fueled memories in L.A. Plenty of material, as they say.

On to her roles: Children’s party clown (fired for calling in sick to go to a Tool concert), bartender, chauffeur, photographer. Before making the movie, she was a standup comic in New York and L.A. Her first one-woman show, “The Battle of Wounded Me,” premiered in Hollywood. Then another: “MEDIOKRA: The Sweet Smell of Unsuccess”. (See a theme here?) Last year she was in a movie with Woody Harrelson. Now she’s literally in the role of her life, her movie Carpe DM.

Leroy’s film is a dark comedy about love lost and depression. In the scenes I have seen, she plays herself convincingly, which is to say sidesplitting. The script (replete with a strip-club scene) is already a laugh riot, but her delivery, especially her mannerisms, seals the deal. Shot in black and white, it’s a film noir—to go with the “cheery” subject.

Carpe DM is far more than a film. The backstory is a whole other tale—a tale of unflinching resolve to make the film for whatever budget she could raise with all its trials and tribulations—to say the least. She has overcome it all to make a very fine film.

Move over, Hollywood. You’re going to have to make some space for Heather Leroy. If you don’t, she’s going to make it for herself.