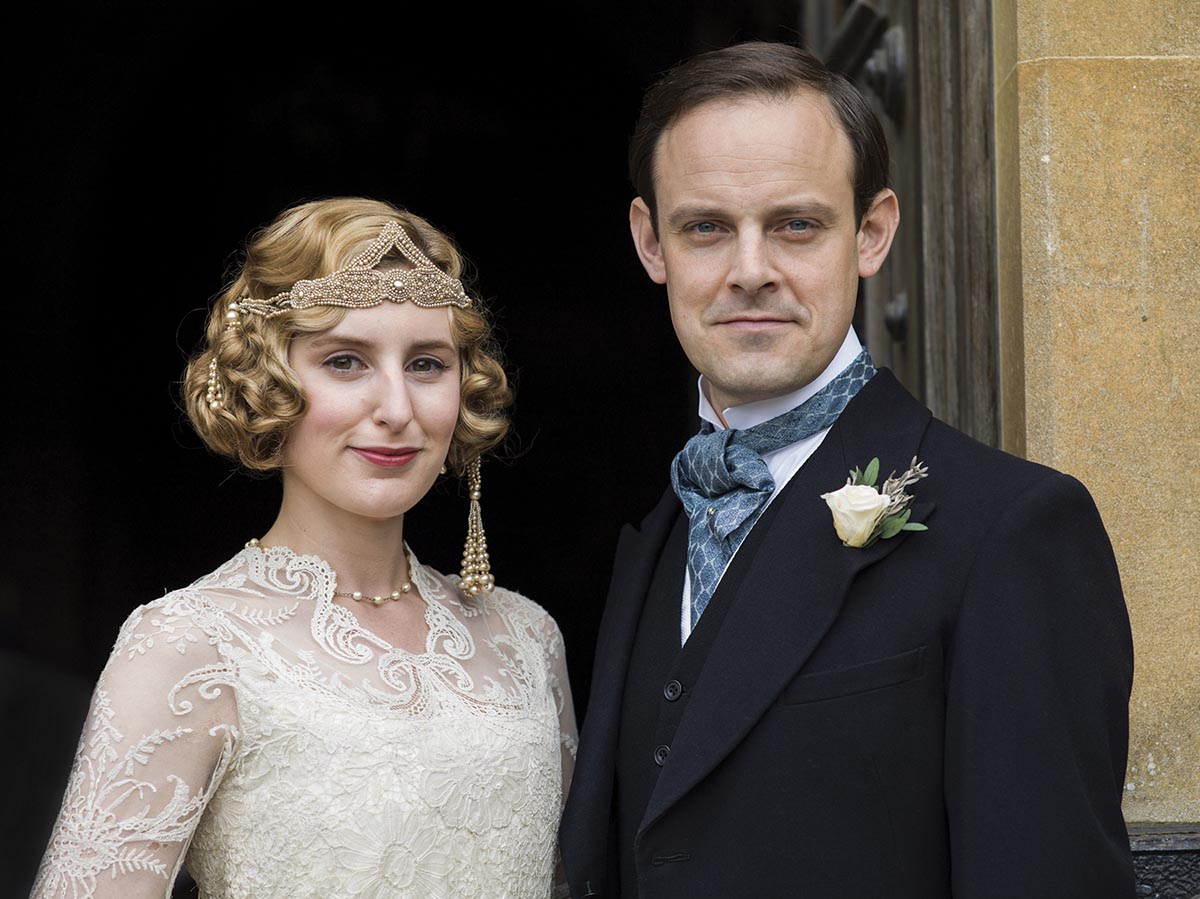 Laura Carmichael as Marchioness and Harry Hadden-Paton as Marquess of Hexham, from The Weddings of Downton Abbey; Courtesy of © Carnival Film & Television Limited

Enjoy the romance of summer this month on NPT, starting with Weddings of Downton Abbey hosted by Hugh Bonneville, premiering Sunday, June 4, at 8 p.m. Don’t worry about arriving late to this party: Encore presentations air on June 8 (11 p.m.) and 13 (7 p.m.). Enjoy the beautiful gowns on TV, then see other Downton Abbey costumes in person at Dressing Downton on view at Cheekwood this summer (see page 79).

Cheekwood reopens this month with rooms decorated as they were when the Cheek family lived there. The house and gardens are an example of the American Country Place Era movement, when the wealthy sought refuge from the congestion and pollution of urban areas. Biltmore House, George Washington Vanderbilt’s estate in Asheville, North Carolina, is perhaps the best known of these pastoral retreats, but Cheekwood is a fine 20th-century example. NPT’s original documentary, Cheekwood: A Masterpiece by Man & Nature, explores the history of the mansion and grounds, as well as the work of architect Bryant Fleming. The program premieres Thursday, June 22, at 8 p.m. 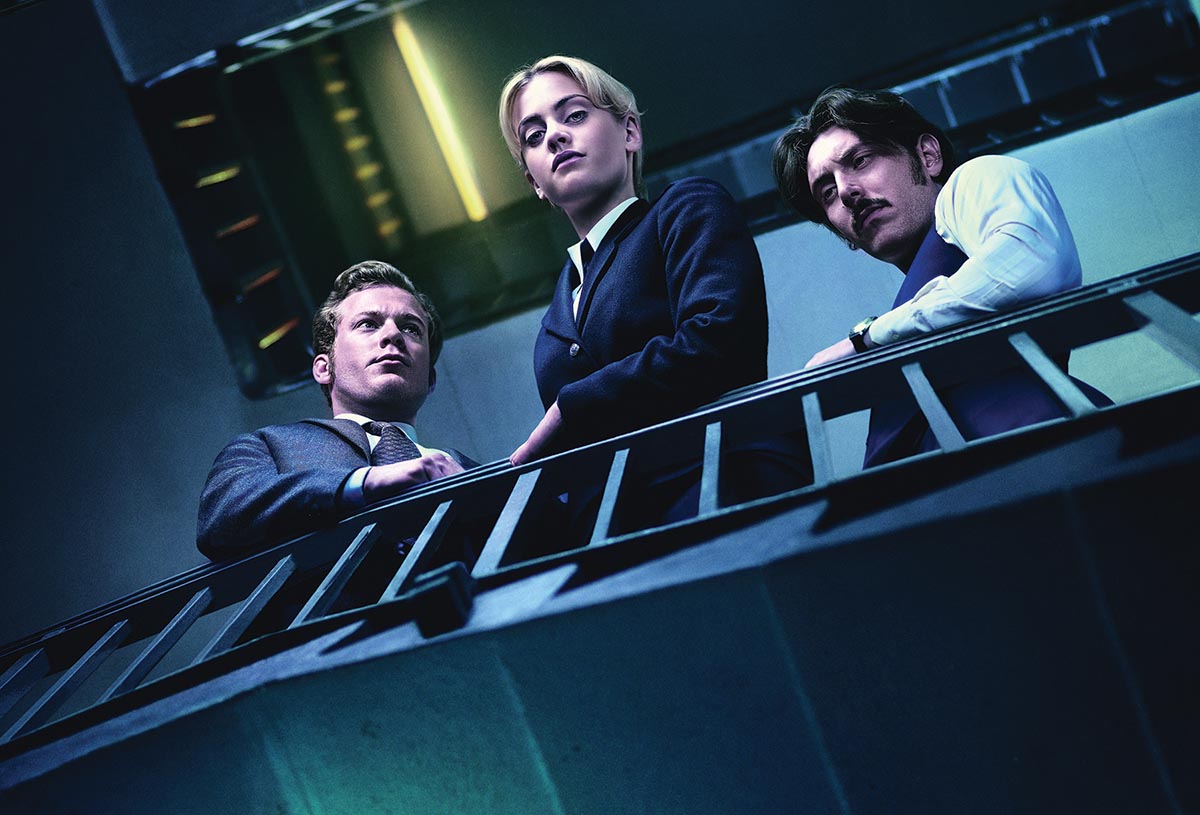 Settle into a good crime story with Prime Suspect: Tennison on Masterpiece, a prequel to the hit 1990s police procedural that starred Helen Mirren as tough DCI Jane Tennison. This new series retains the dark feel of the original with a nod to the gritty disillusionment of 1970s London as it chronicles Jane’s experience as a young policewoman coping with blatant sexism at work while rebelling against her family’s expectations. Stefani Martini stars as the determined young copper, and Alun Armstrong portrays a criminal kingpin in a story by Prime Suspect writer Lynda La Plante. Tennison airs Sundays, June 25 through July 9, at 9 p.m.

Euro-crime series The Tunnel returns Thursdays, June 15 through August 3, at 11 p.m. Series 2, Sabotage, begins with a kidnapping in the Euro Tunnel, followed by a possibly related plane crash in the English Channel.

Sgt. Pepper’s Musical Revolution is a 50th-anniversary tour of a groundbreaking album by an iconic band. Recordings of the Beatles’ in-studio discussions along with isolated instrumental and vocal tracks reveal the evolution of 1967’s Sgt. Pepper’s Lonely Hearts Club Band. The show premieres on Saturday, June 3, at 7 p.m., with additional broadcasts on Wednesday, June 7, at 8:30 p.m. and Friday, June 9, at 11 p.m. 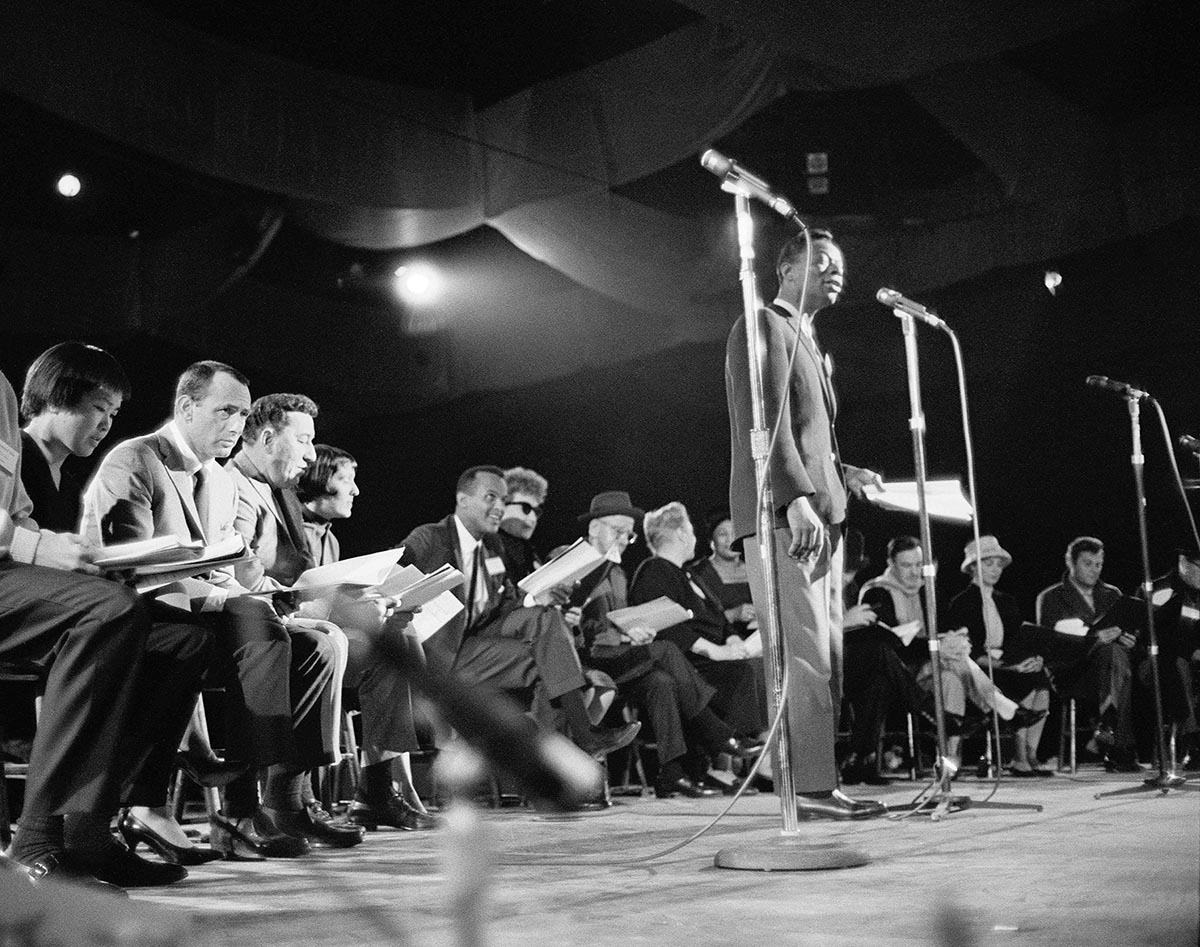 “Ode to the Inauguration” rehearsal (Jan. 19, 1961) from JFK: The Lost Inaugural Gala; Courtesy of Mark Shaw

Earlier in the 1960s, the songs on everyone’s lips were from Lerner and Lowe’s Camelot, and the musical became closely associated with the administration and lifestyle of newly elected President John F. Kennedy. JFK: The Lost Inaugural Gala, airing Wednesday, June 7, at 7 p.m. and hosted by Phylicia Rashad, is the never-before-seen 1961 pre-inaugural ball featuring Frank Sinatra, Harry Belafonte, Ella Fitzgerald, Nat King Cole, Gene Kelly, and other top performers of the day. See it again on Sunday, June 11, at 1:30 p.m.

Great Performances’ Landmarks Live in Concert returns Fridays at 9 p.m. This installment of the series, in which artists perform in locations of special significance to them, presents will.i.am. reuniting onstage with the Black Eyed Peas at London’s Royal Albert Hall (June 23), while Andrea Bocelli is joined by Zubin Mehta in Florence, Italy (June 30).

Please support NPT this month online at wnpt.org or through our on-air pledge programming. Encore presentations of many of our shows are broadcast on NPT2, our secondary channel.