Summertime is upon us, with its gardens full of lush greenery and lengthy days with ample light to be enjoyed. Stanford Fine Art is celebrating the season with their current exhibition Impressions of Summer. The show is brimming with scenes of maritime activity, beach-side recreation, and ripe still lifes by both American and European artists. The subject matter is refreshingly simple, yet the history of each painting is worth further exploration. 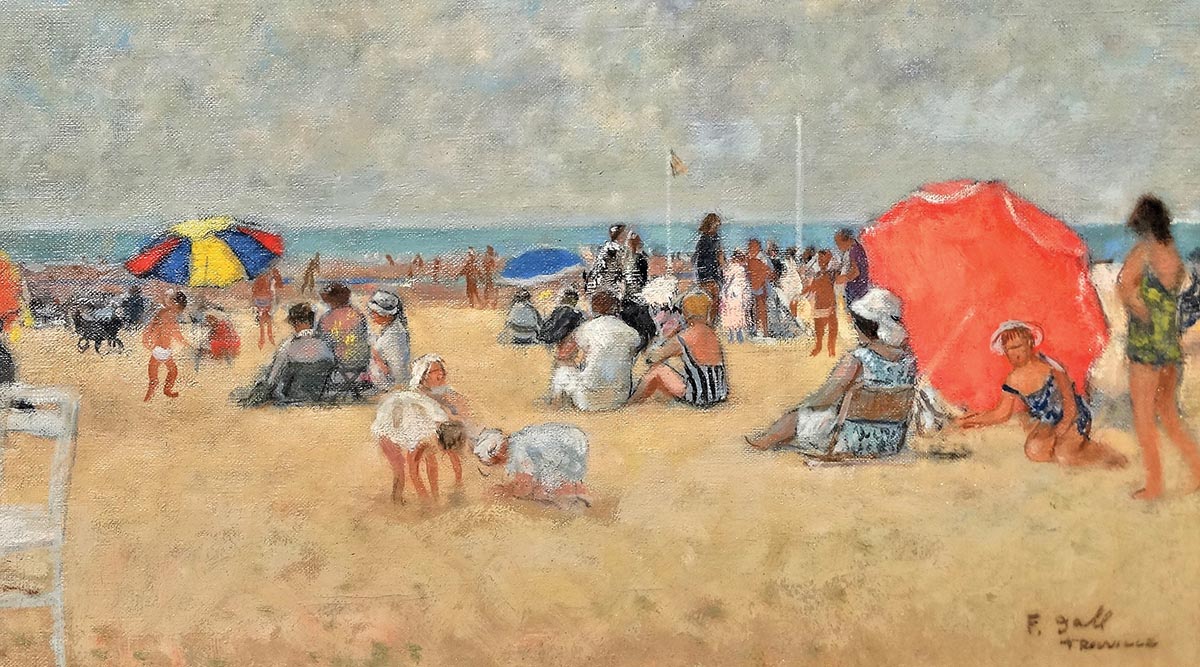 The exhibition, selected from Stanford’s sizeable collection, is in the style of Impressionism—a movement in art that broke from academicism and focused on light and levity. 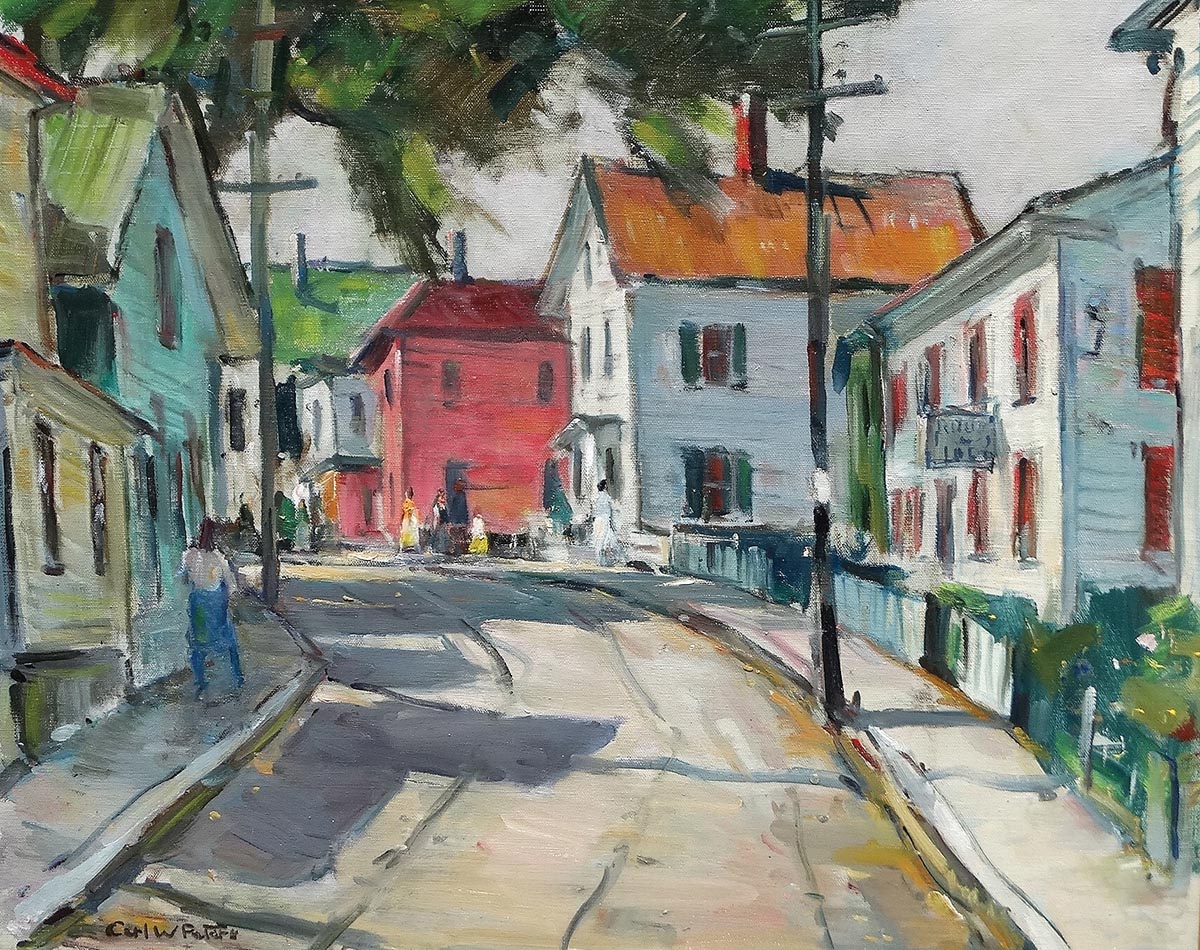 Stan Mabry, who has owned and operated the gallery since it opened in 1987, can tell you the story behind each and every piece of art in the show. This is part of what he likes about Impressionism—the paintings tell stories. If not the exact provenance, he can recount an interesting anecdote about the work. Beyond the aesthetics, it is interesting to investigate the life of the artist and where they exhibited.

Throughout the gallery, there are gems at every turn, many of them in their original frames. Carl Locher’s Evening Sail is a tranquil scene of soft light at the end of a cloudy day. The view is a group of sailboats idling just off the coast of a rocky shoreline. This is Skagen, Denmark, a popular artists’ colony. Locher was a member of the Skagen Painters, a group of artists who made Skagen their summer retreat. They were attracted to the scenery and quality of light, which is ideal for painting en plein air. 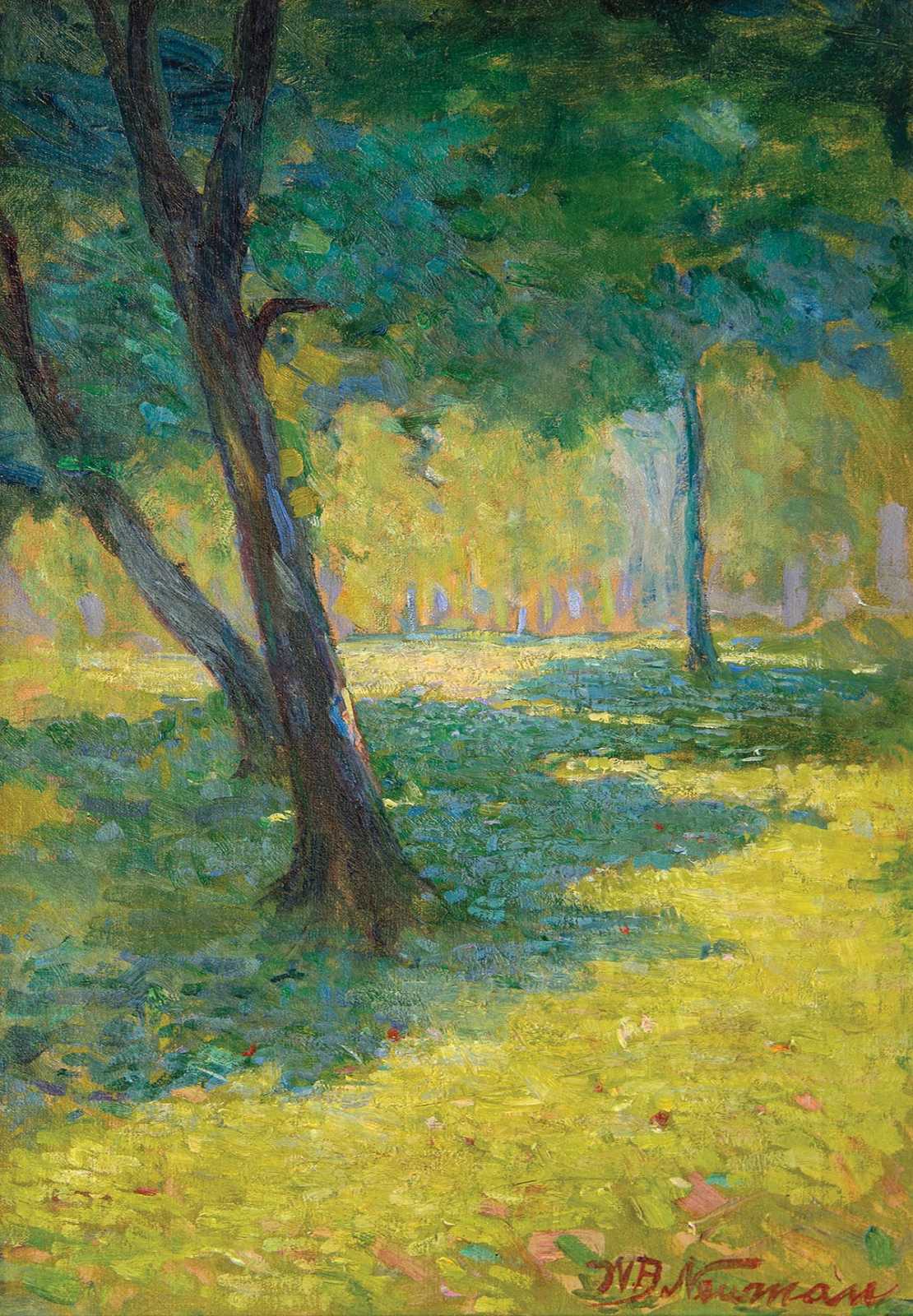 The treatment of the same subject by different artists is juxtaposed throughout the show. Beach-going is a classic summer pastime and a favorite point of study for Impressionist painters. In At the Beach, François Gall depicts a crowded shore in Trouville, France. The painting perfectly captures a busy day at the shore, full of color and liveliness. One can imagine the sounds of children playing, waves crashing, and gulls cawing. In contrast, Ruth Osgood’s Contemplation depicts a quiet moment in solitude. It is a small, quick painting of an anonymous woman in a state of reflection.

Of course, summer is not only found at the beach. It can also be seen in street scenes of New England by Carl Peters. Summer Afternoon, Rockport depicts a winding street lined with colorful houses and people out for a stroll. Rockport was an artists’ colony for the American Impressionists. Peters, who was influenced by several art movements, set up a studio there and taught outdoor summer painting classes.

Stanford is proud of their roster of women artists, who were historically deprived of adequate recognition and exhibition opportunity in their lifetime. There are several women represented in Impressions of Summer. Willie Betty Newman grew up in Murfreesboro. She traveled to France in the 1890s to attend the Académie Julian and to exhibit her work in Parisian salons. Although her training was traditional, Newman was inspired by the experimental French Impressionists, as seen in works like Spring Landscape in France. Cognizant of the attitude towards women artists, she often signed her paintings “W.B. Newman” to obscure her gender. Later she opened a studio in Nashville and was commissioned to paint portraits of many notable Tennesseans, including President James K. Polk.

Amid the landscapes and nautical scenes are a few mouthwatering still lifes. In addition to landscapes and portrait paintings, the French Academy of Fine Art considered still life to be a lesser form of art. How can one derive intellectual meaning from a bowl of fruit? The Impressionists, however, loved to indulge in this type of painting. Charles P. Maxfield’s Watermelons is a spin on the genre often oversaturated with apples and oranges. It is an unexpected homage to the juicy fruit, a product of and remedy for the summer heat. Antoinette Schultz’s Still Life with Pear and Figs showcases a vibrant bounty in bright greens and deep purples.

“The works are pleasing to the eye and call to mind memories of the sweetness of the season.” 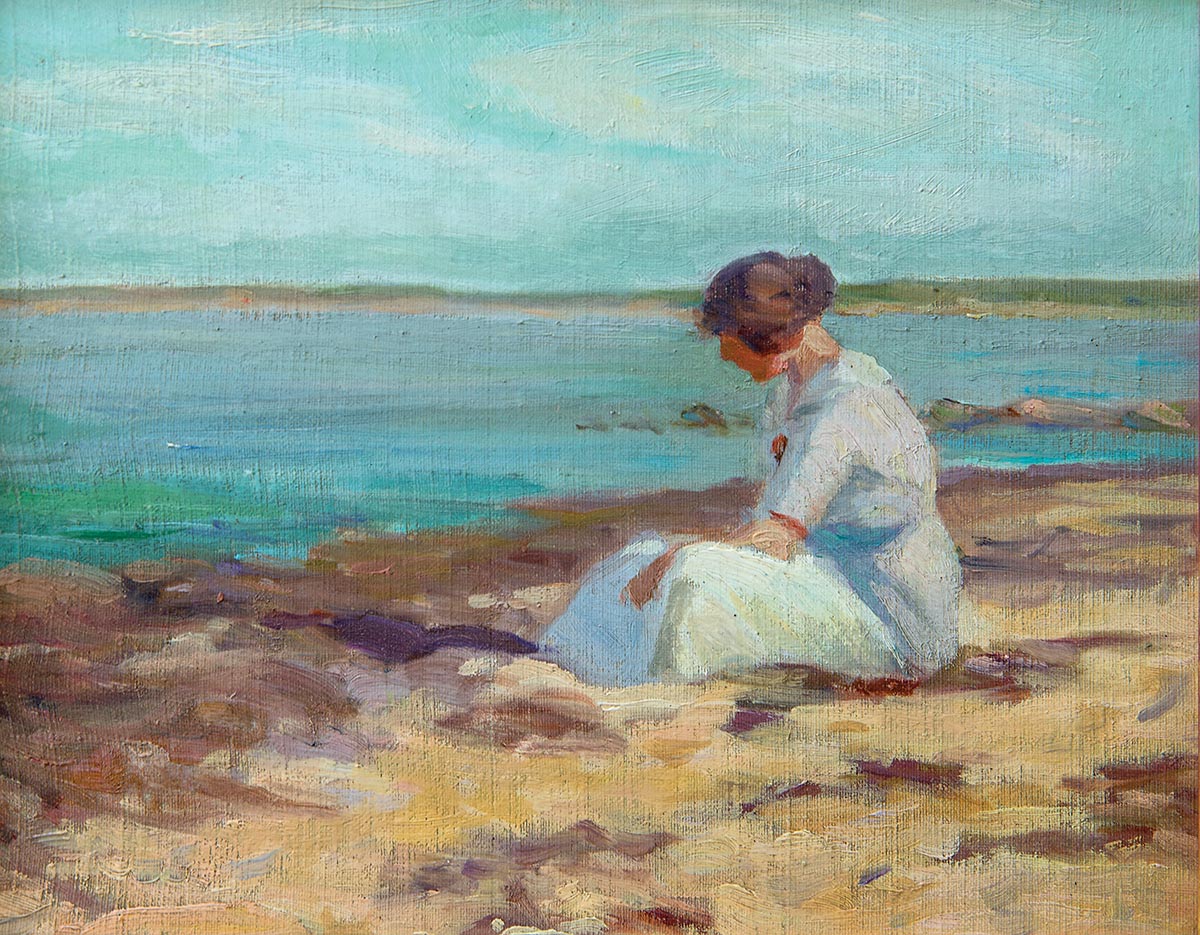 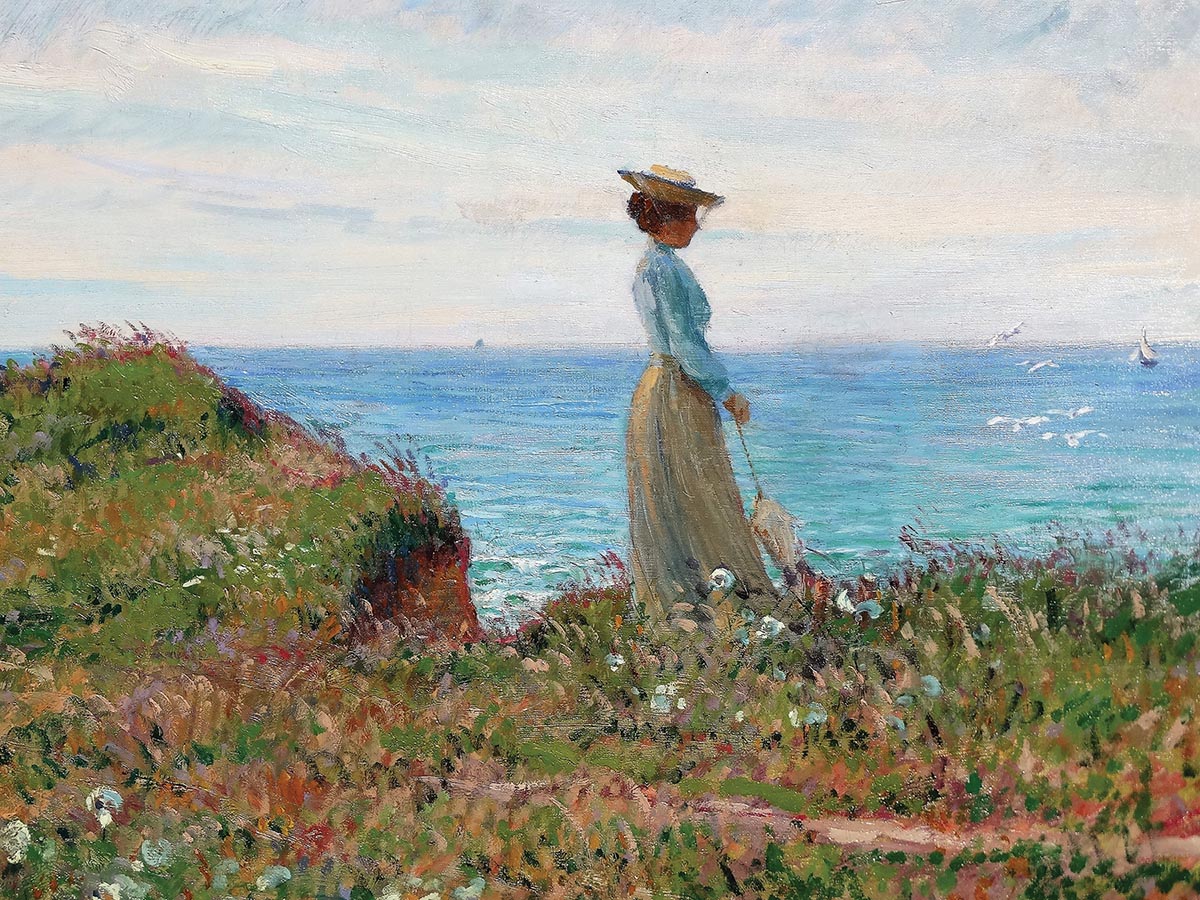 For over three decades Stanford Fine Art has been Nashville’s paragon purveyor of nineteenth- and twentieth-century treasures. Impressions of Summer is a mélange of lighthearted visuals with a rich history. The works are pleasing to the eye and call to mind memories of the sweetness of the season. A visit to Stanford Fine Art, located off the beaten path in Belle Meade, is an abbreviated vacation in itself. 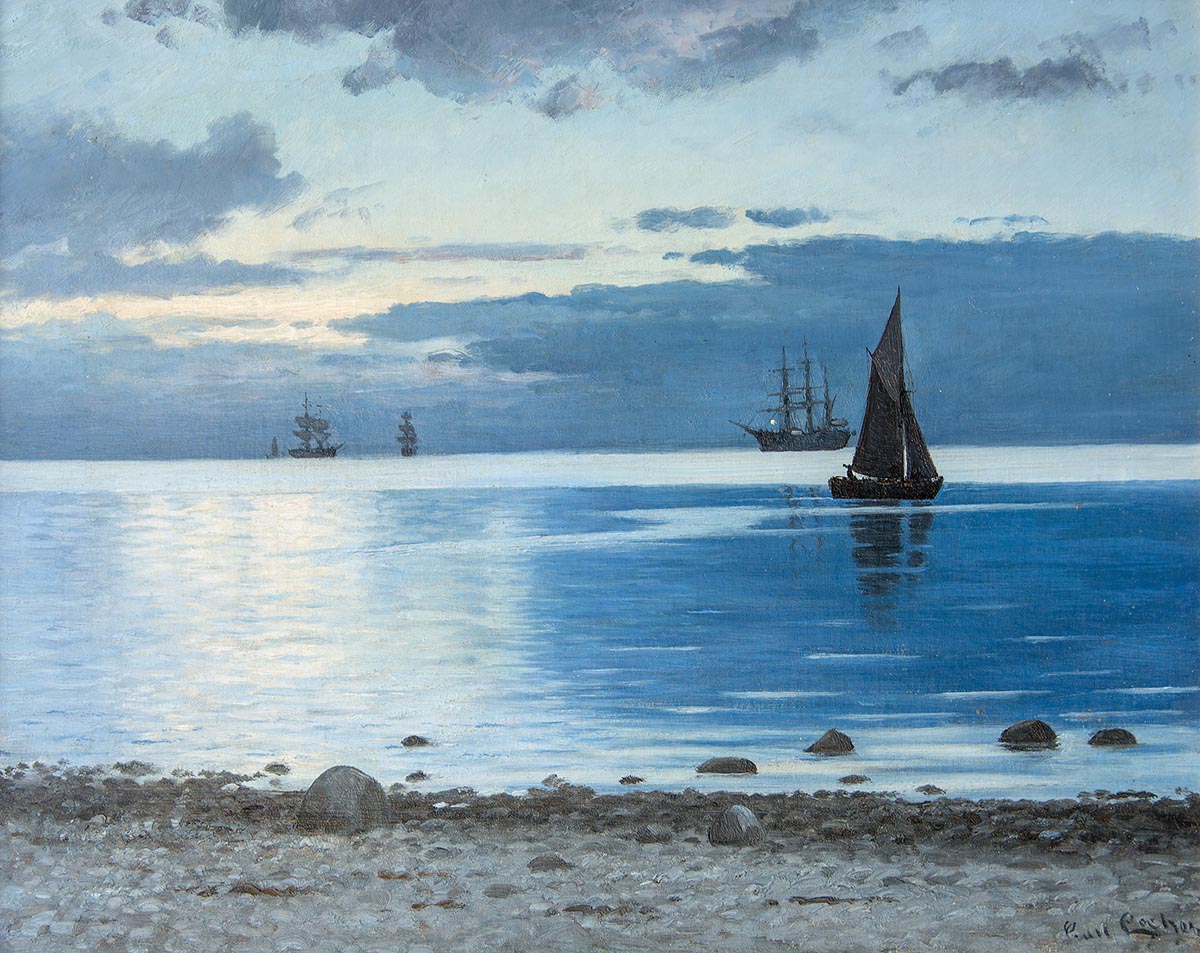 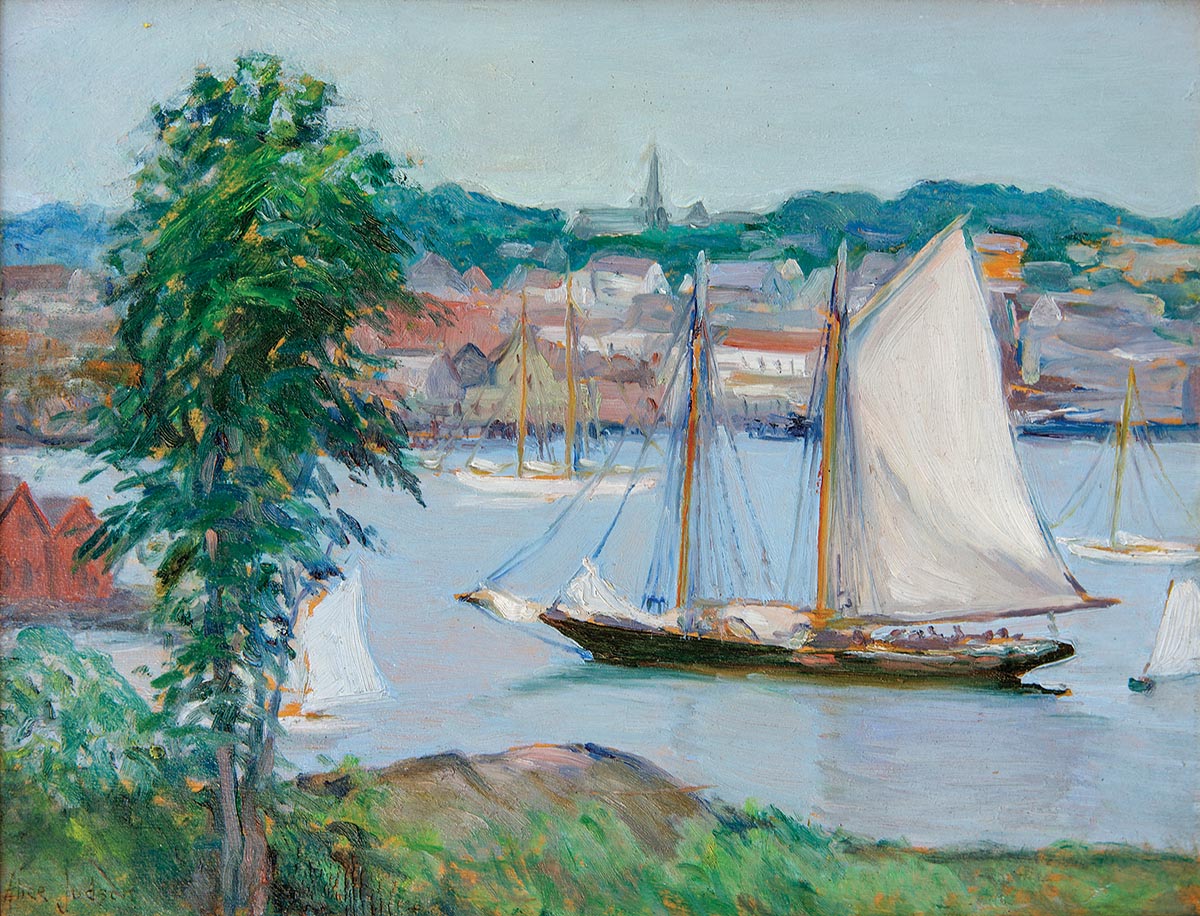 Impressions of Summer is on view at Stanford Fine Art June 5 through July 31. For more information, visit www.stanfordfineart.net.