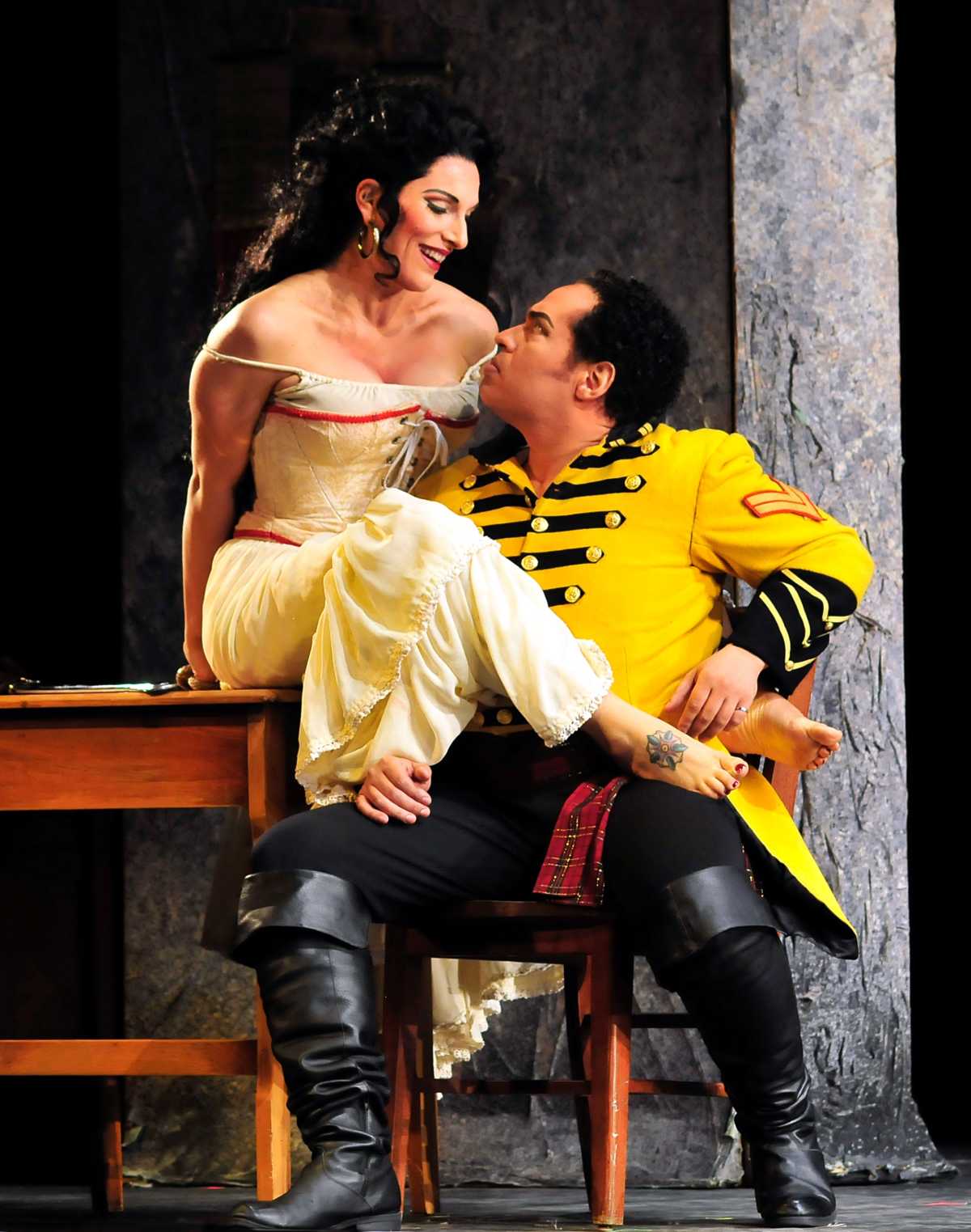 On April 6 and 8 the Nashville Opera closed its 2016–17 season with a stellar performance of Georges Bizet’s Carmen at the Tennessee Performing Arts Center. The season opened with a controversial yet remarkable staging of Mozart’s Don Giovanni, but for Carmen, director John Hoomes chose a traditional setting designed for the Chautauqua Opera by Franco Colavecchia and let Bizet’s music and drama speak for themselves. For the lead role, the company brought in the up-and-coming mezzo-soprano Ginger Costa-Jackson, and it was an excellent decision. Sexy, brooding, and dangerous, with a richly textured instrument offset by her precise intonation, Costa-Jackson brought the house down. Her Habanera carried an obligatory spice, but the other numbers, including the second act dance, were absolutely wonderful. Not surprisingly, she makes her Met debut in December.

As Don José, Noah Stewart, himself a rising star, brought a vulnerability to the part that made his crimes all the more devastating. His voice, a clarion bell, nestled quite nicely up against Costa-Jackson’s rich textures. Soprano Laura Wilde embodied an appropriately tender innocence, and her lyrical instrument enriched the part of Micaëla, Don José’s spurned lover. Baritone Edward Parks’s machismo as the strutting bullfighter Escamillo was threatening enough to outmatch Don José in his efforts to maintain Carmen’s interest. Special mention goes to Amy Tate Williams’s excellent chorus, particularly the children, who were magnificently prepared, rambunctious, and having as good a time as anyone that night. The Nashville Opera is scheduled to reveal next season’s productions on May 1; one wonders how they will top this season.