Dressing Downton: Changing Fashion for Changing Times is on view

A delightful confluence of exhibition theme and setting comes together in Dressing Downton: Changing Fashion for Changing TimesTM, opening at Cheekwood on June 17—the same day the newly refurbished Cheek Mansion reopens to the public. The family’s former bedrooms, bathrooms, and dressing rooms are now gallery spaces that will accommodate most of the 36 costumes representing upstairs and downstairs fashions (though mostly upstairs) from the PBS Masterpiece series. The mansion’s main floor will feature an introductory video and a special gift shop stocked with the exhibition catalog and related items. 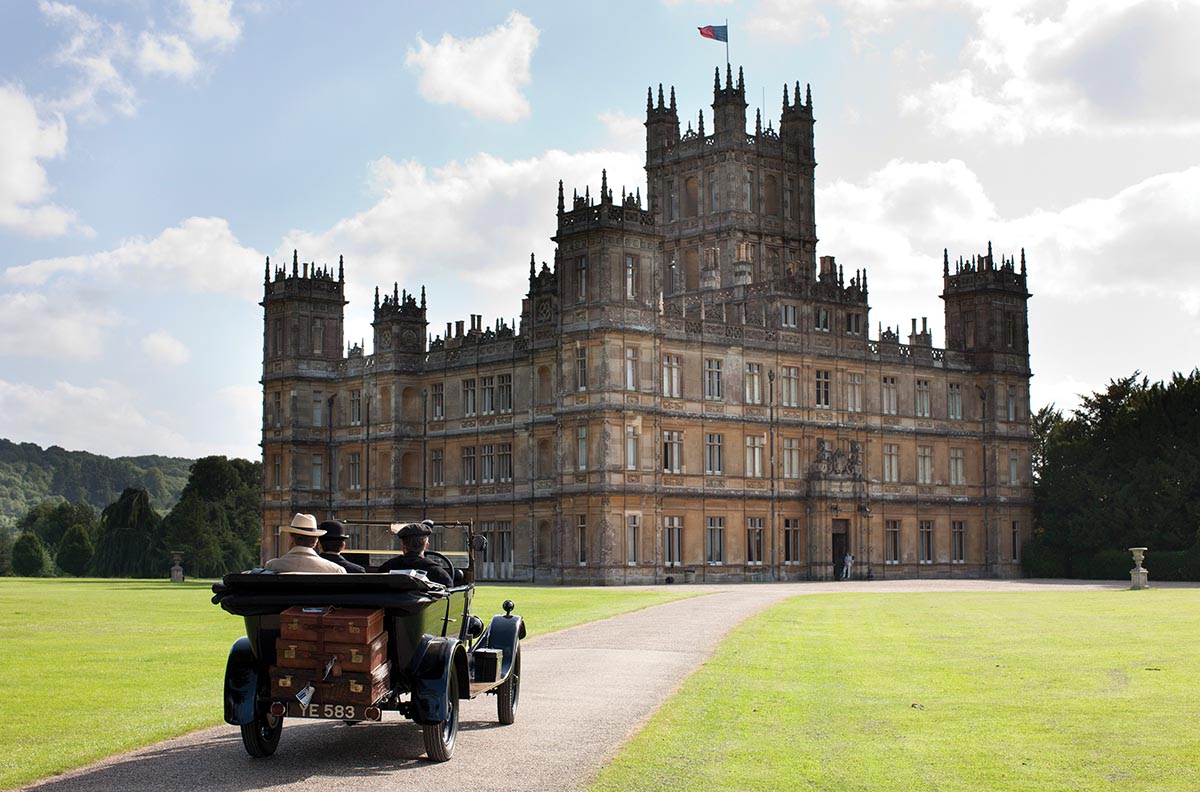 Downton Abbey followed the lives of an aristocratic English family in the years between 1912 and the late 1920s. Over its six-season run, the series became the highest-rated drama in PBS history and won 12 Emmys, three Golden Globes, and four Screen Actors Guild awards. More than an entertaining drama dressed up in period clothing, the series explored real social and economic events in British history. 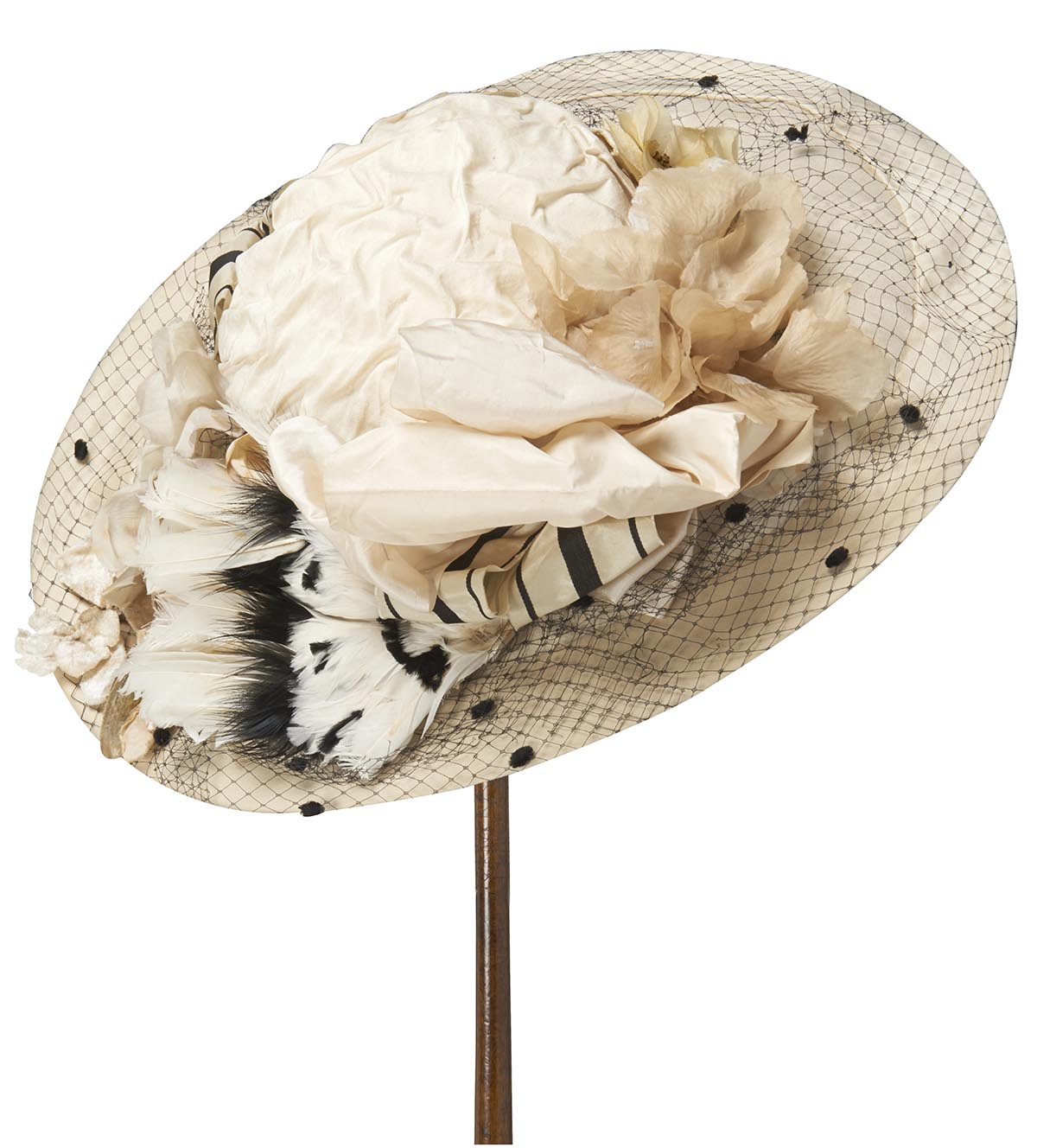 “Time moves on [in the series], but only for a decade or so, but this happened when the world would never be the same,” said Nancy Lawson, co-curator of Dressing Downton for Exhibits Development Group. “Because of the difference that happened in society—bicycles, and women having to go to work during [World War I]— there is quite a huge difference in how people dressed.”

Corset-free garments, for example, became popular with the rise of designers like Coco Chanel and Paul Poiret in the early 1920s and were embraced by younger generations of women. Similar pieces in Dressing Downton include Lady Edith’s melon-colored silk evening dress with embroidered collar and waist and Lady Rose MacClare’s salmon-colored silk velvet evening dress with glass beading and sequins.

Though her personal life was often in shambles, Lady Edith emerges as fashion-forward; her cycling outfit, for example, includes wool britches (and will be displayed with a period-appropriate bicycle). Edith also learned to drive a car and tractor and eventually ran a magazine in London. Her wardrobe ultimately reflected her life as an independent woman. 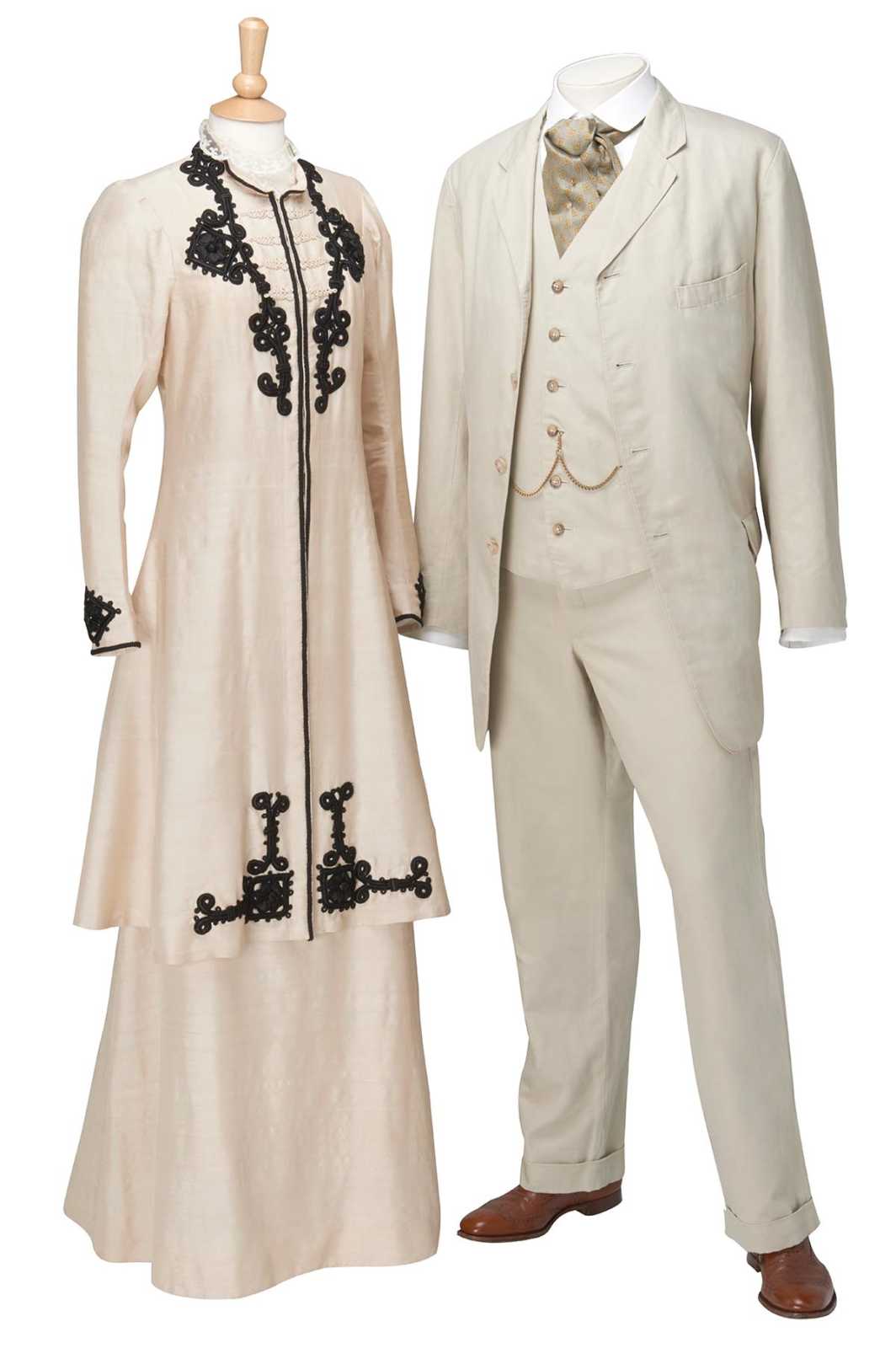 Some degree of change is evident even in the clothing of the formidable Dowager Countess Violet (portrayed so brilliantly by Maggie Smith), who certainly had the best lines in the series, if not the best wardrobe. Only two of her outfits are in the exhibition, but those two are fabulous, Lawson said. The first is the dowager’s signature purple dress with short jacket, white blouse, and black silk bodice. “It’s quite stiff-looking, just like her,” Lawson said. The fabric is a reproduction of an Edwardian pattern, and vintage lace is used on the cuffs. Violet’s other dress is lightweight black chiffon layered over pale olive-green satin and illustrates a move toward less restrictive clothing.

Declining fortunes were another reality for the British aristocracy in the years between the world wars, while American families were gaining wealth. “The Cheeks themselves went over to England in 1929 and acquired— actually more amassed—a large number of architectural elements, fine arts, and furnishings that had been taken from, removed, or sold by some of these aristocratic families,” said Katelyn Bennett, Cheekwood curatorial assistant. Chairs, mirrors, and other furnishings from Cheekwood’s collection will be interspersed throughout Dressing Downton to help provide context for the costumes.

A footman’s livery of the type worn by the devious Thomas will welcome arrivals from the landing overlooking Cheekwood’s entrance. In another vignette, Lady Mary’s green silk evening dress with black net overlay adorned with black and silver starbursts will be paired with a maid’s black cotton dress with crisp white apron to suggest lady’s maid Anna helping her dress for the evening.

Visitors to Dressing Downton could be excused for thinking of the outfits as relics from a bygone era rather than contemporary costumes, because the pieces were created with an eye toward authenticity that was crucial to the success of the series. “Many actors do not feel that they’re really that person until they put this clothing on. It might have to do with the bustle or the crinoline or the corset, or the very tight, stiff collars that the men wear in Downton Abbey,” Lawson said. “They all stand up straighter, they all hold themselves differently; it’s instant, tangible information for them for their characters.”

The costumes were created by London’s Cosprop Ltd., and several include antique elements or were made using Edwardian patterns. Dresses may incorporate panels of vintage lace, and men’s suits may have original cuffs. No synthetic fabrics were used on the costumes; instead they are made of wool, tweed, silk, and linen. Nor were zippers used in any clothing supposedly dating prior to their invention in 1926.

“I think seeing the costumes in person really will, for one, bring out the level of detail and research that went into the show and also into the period costumes. The needlework, the embroidery, the craftsmanship of these pieces—they are artworks on their own,” said Leslie Jones, Cheekwood’s vice president of museum affairs and curator of decorative arts. 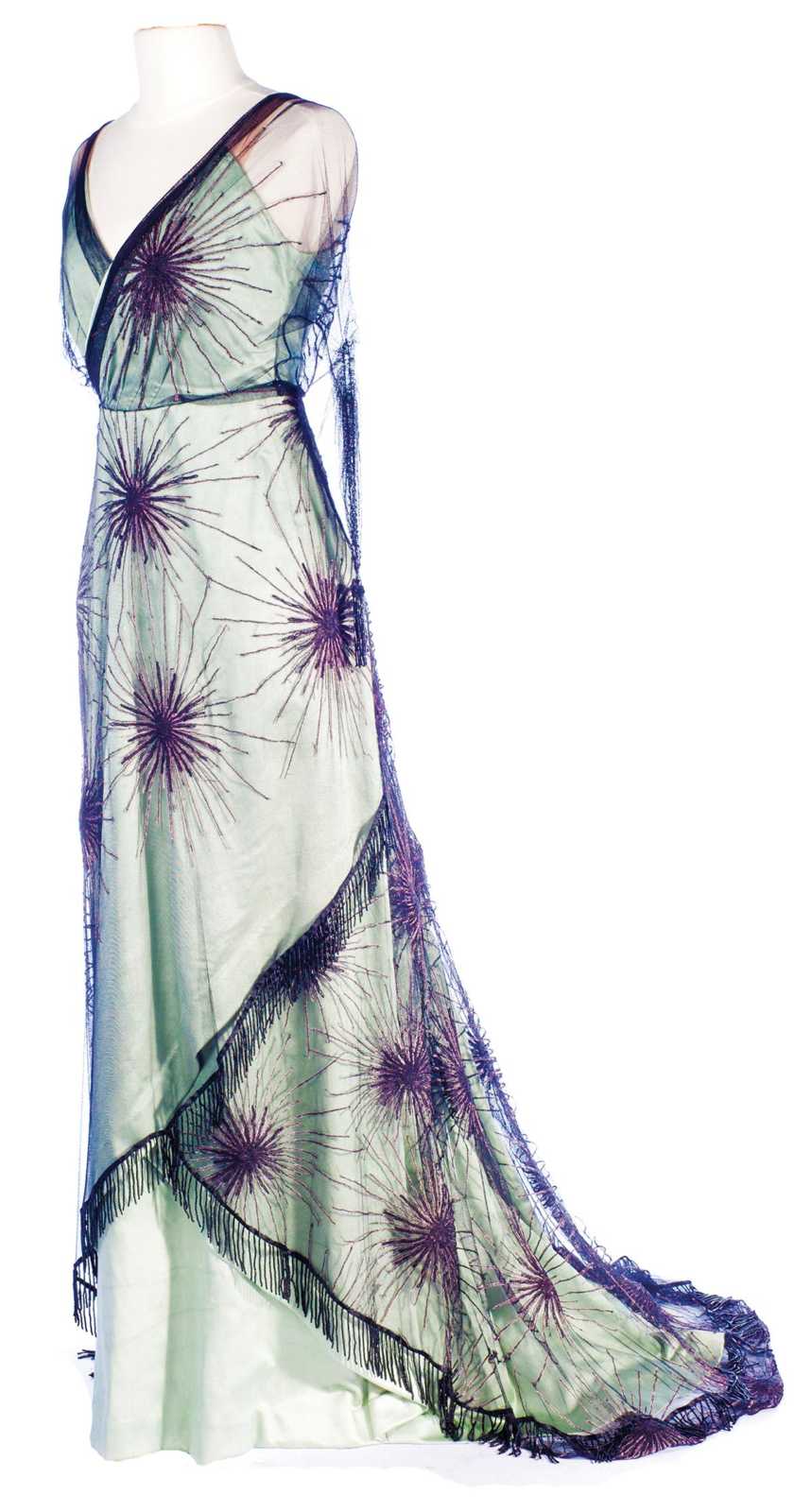 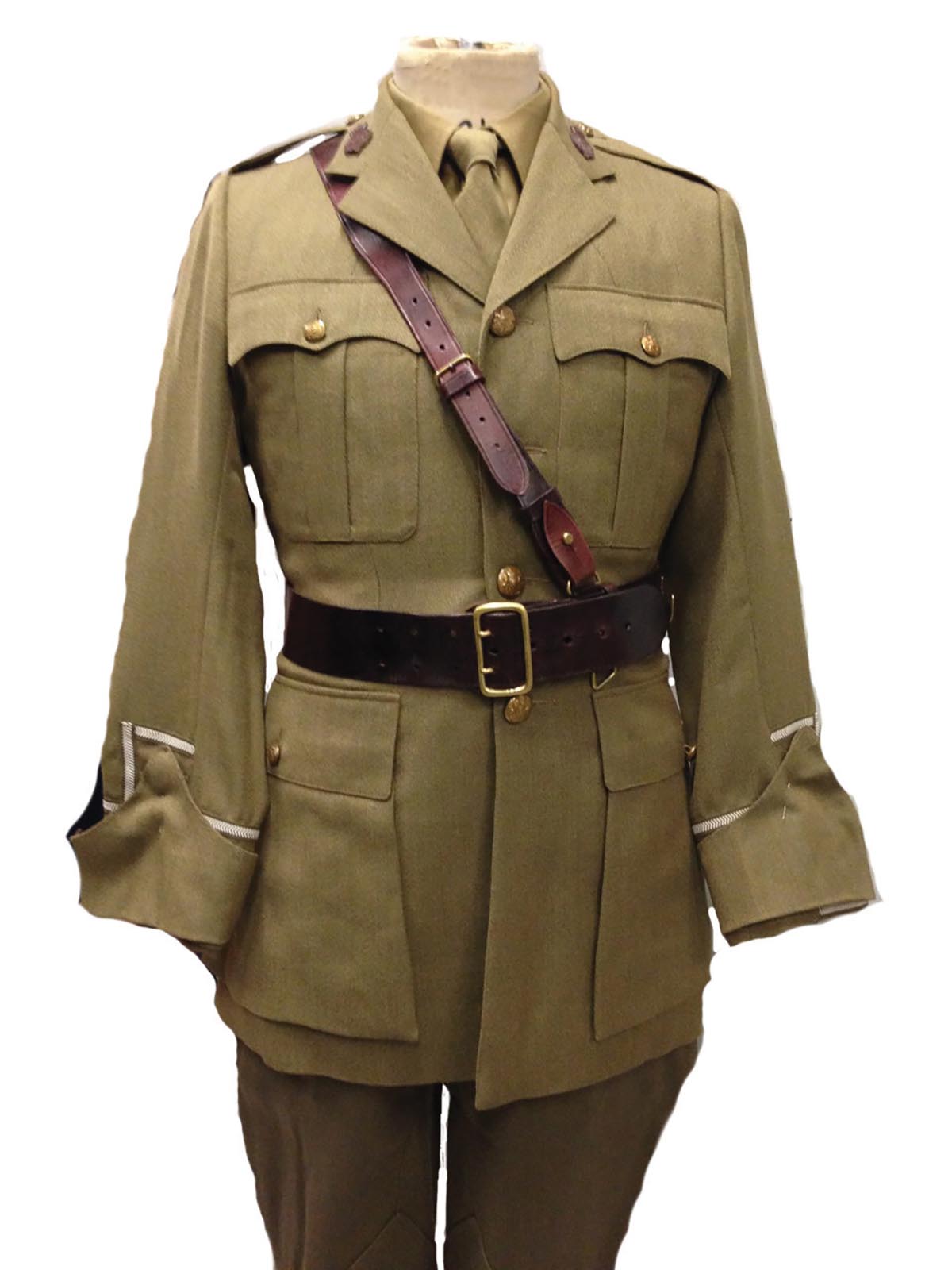 Dressing Downton is on view June 17 through September 10. Cheekwood is offering special programming including afternoon teas in the Pineapple Room, a display of classic cars in the Courtyard Gallery, and 1930s-themed entertainment and cocktails on Thursday evenings. Tickets are included with Cheekwood admission; special programming may include extra fees. For more information about Dressing Downton at Cheekwood, visit cheekwood.org.

NPT will air a special feature, The Weddings of Downtown Abbey, on June 4, 10, 13, and 16. Read more about it in this month’s “Arts Worth Watching” column.