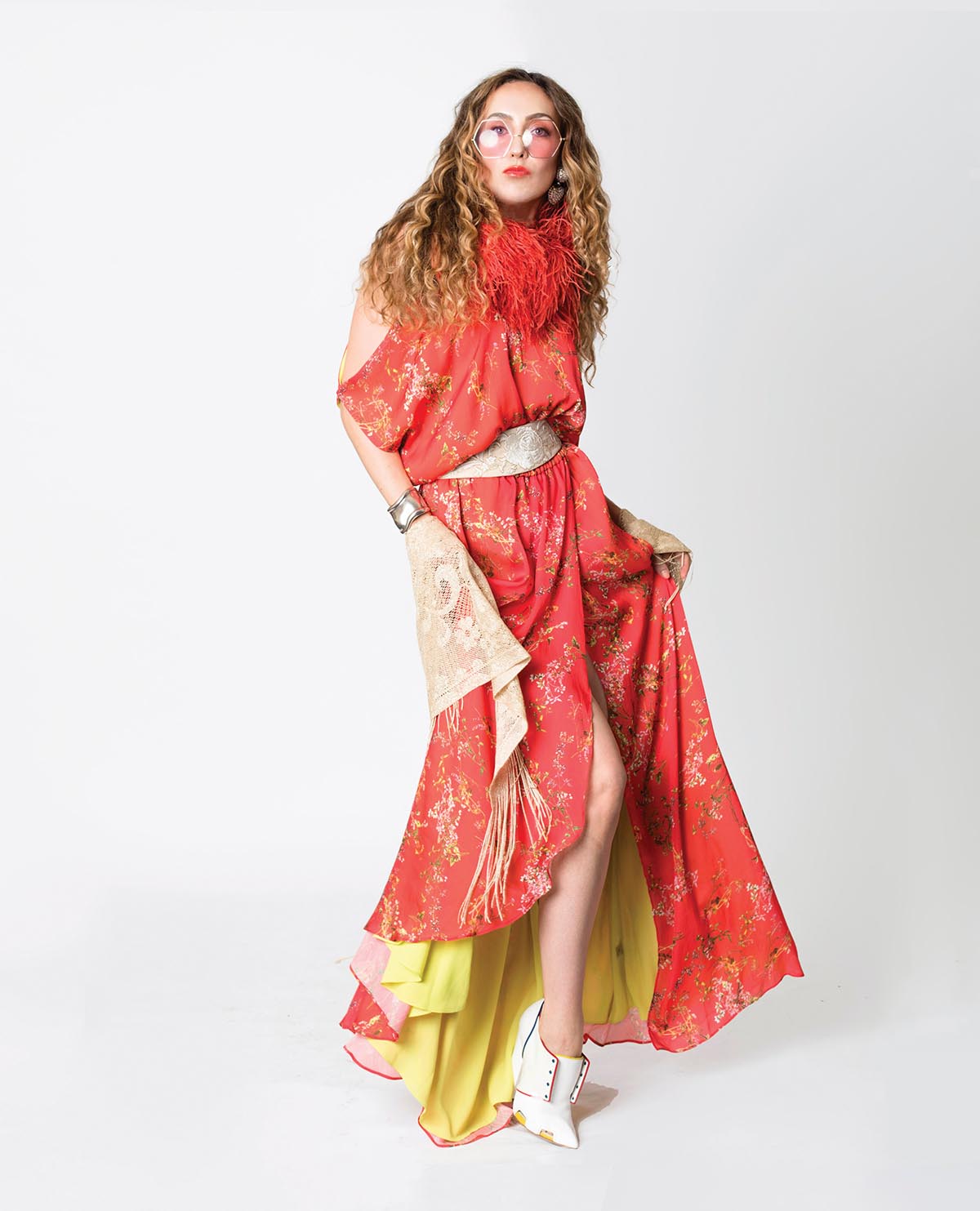 Lucy in the Sky with Diamonds

Growing up with Clare Armistead (aka Mom), the Audrey Hepburn of Nashville, I recognized in Rie Schaffer someone carrying her own fashion fairy dust. Each time I see her, it’s a vision. Even her pink exercise togs are exquis, for Chrissakes.

Schaffer’s look begins with her lithe 5’10” frame and leonine mane of hair. She often stretches the tape with five-inch heels and her own feathery headpiece. At the Steeplechase this year, she ratcheted her presence even higher with a seven-foot parasol. “More is more,” says Schaffer.

“Flair for the dramatic” is too weak a phrase for what Schaffer has. She reminds me so much of a deeply missed icon here in Nashville (and my mother’s best friend), Teenie Hooker, a lead actress without a movie. The Dracula cape (to die for!) that Schaffer wore to my friend’s Christmas party last year was straight out of Hollywood.

The tie to Tinseltown is no accident. In many ways, it was her lifeline. At a young age, Schaffer was “ripped away from” her natural habitat, Newport Beach, California, and plopped in Strawberry Plains, Tennessee (pop. 5,000), an alien and awkward creature in the simple Tennessee town. Relentlessly teased and bullied from the get-go by her new schoolmates, Schaffer spent much time at the movies dreaming of stars and beaches in her real home. Once, for three months, Rie gave up her look and wore the same thing every day, but she defiantly returned.

Now, in this boiling cauldron of creativity and new ideas, Schaffer is at home in Nashville. In truth, though, she remains bicoastal. “I’m there (in L.A.) even when I’m here,” she says.

When I met her at the door, there were two exquisite cupcakes with plum strawberries in her hands. I was struck with how sweet and refined a gesture that was. What a sweetheart.

Incredibly, our little shoot was the first time Rie Schaffer had ever been asked to pose. I doubt that it will be the last. Shine on, Rie.