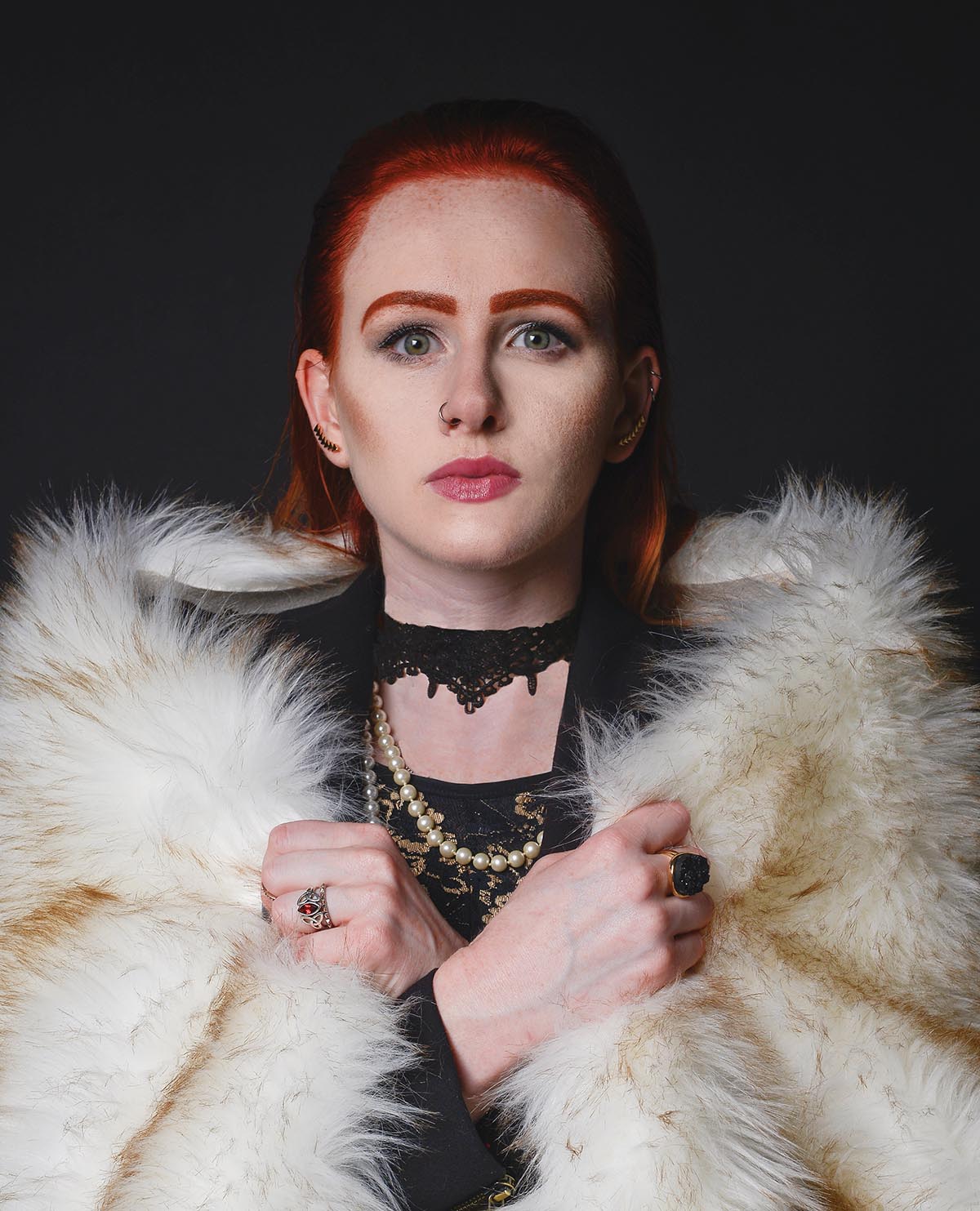 Fayetteville, Arkansas, 2012: Suffering from a bout of teenage boredom, heavy-metal singer Amanda Cramer made a snap decision to go to a prayer meeting. There, the high school senior was surprised to see a new friend reputedly relaying messages from God. Initially skeptical until told several things about herself she had never shared, she knew to believe the medium when he told her, “Remember you are a queen in God’s eyes.”

This, she was sure, was no coincidence. Only two weeks earlier, Cramer had become suddenly taken with the great Queen Elizabeth l of England. “An oddball who didn’t fit in the cookie cutter for the women” of Fayetteville, Cramer found in Elizabeth a role model who worked within and around tradition. “She was very intelligent and funny, traditionalist and also modern,” says Cramer, “Labeled a bastard child, Elizabeth defeated all odds.”

After the meeting, Cramer knew her mission. Having been pressured to pursue country music, for which she has a searing voice, she recommitted to following her own path. Soon as she graduated, the singer was here in Nashville to get her dream going.

Now with her terrific band, Chariot of the Moon, she focuses on her music and her message. “Metal is not sexy and pretty, but it is badass and powerful,” she says. Onstage, with her black outfits, alabaster skin, and fiery hair, she is exactly a badass. Her commanding presence goes with her megawatt voice as she sings of the stories and goals of her life. Cramer could well be a star.

When I asked her to be in my series on the Divine Feminine, Cramer’s choice was obvious. “Elizabeth was more than a queen, she was mother to her country, which she even called her child. She remains a spiritual symbol to me,” says the singer.

Each morning Cramer arises to work on the final piece the medium gave her: “I see you in a crown with two rings of jewels, green under purple.” The green signifies the growth she knows must take place before she comes into her full power. Even so, Cramer’s noble aspirations, the road she is taking, and distance have a force and a beauty. That said,

More power to you, Amanda.