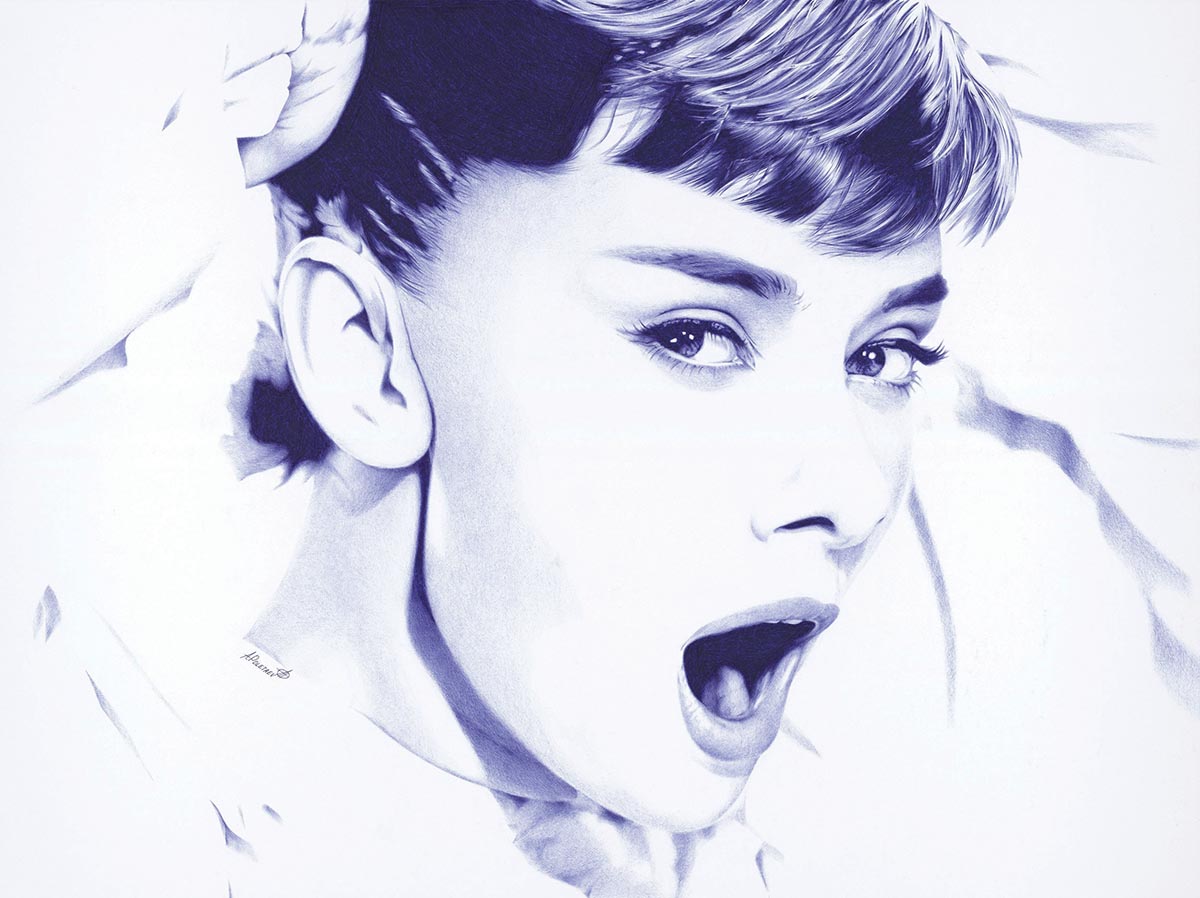 You can think of the ballpoint pen as the illegitimate stepchild of the high-art world. Lowly and commonplace, this five-and-dime-store writing instrument has long been the tool of choice for doodling daydreamers and pedestrian sketch artists. Not surprisingly, many critics have rejected this pen as being unworthy as a painterly medium.

Don’t tell that to Andrey Poletaev, a Ukrainian-born artist who has done much to transform the ordinary ballpoint pen into a Cinderella of creativity. His numerous ink-on-paper drawings have transcended the static linearity of the ballpoint pen, creating works that are remarkable for their shading, nuance, and expression. 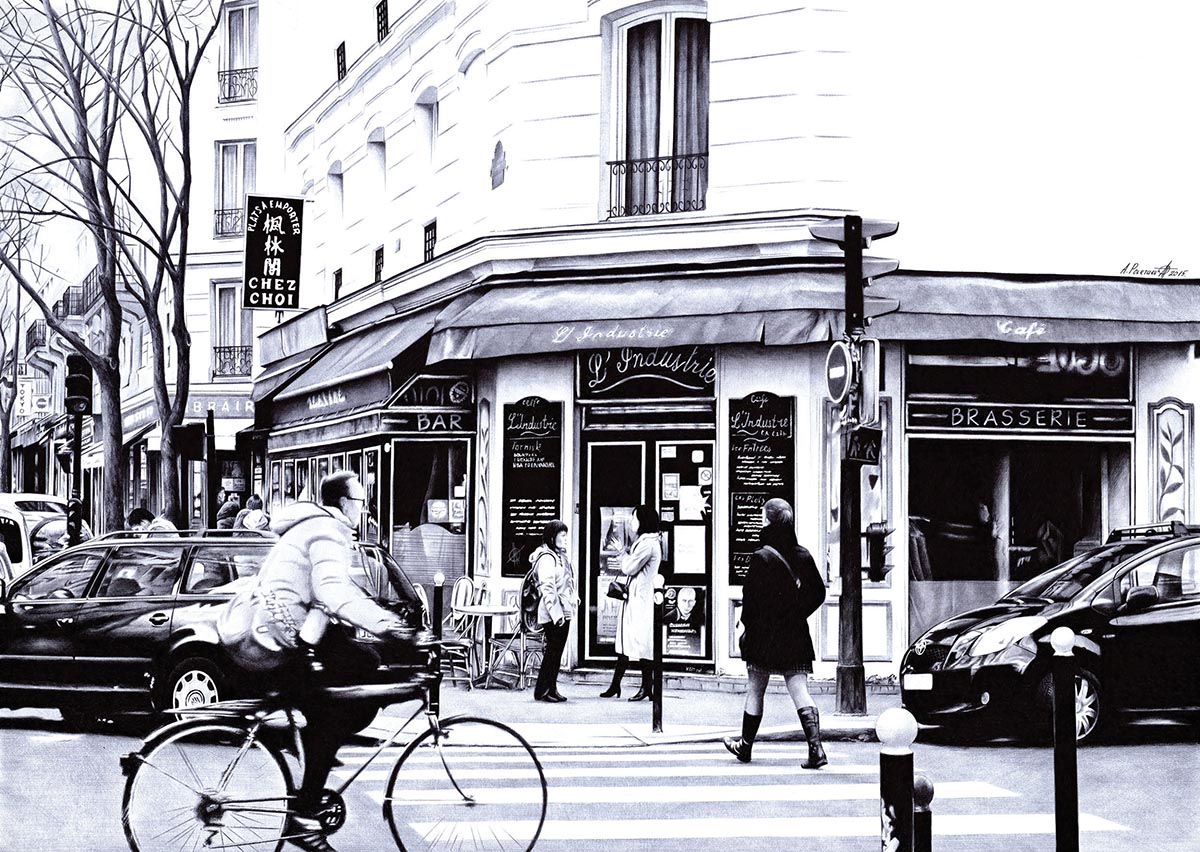 “Andrey’s works are incredibly detailed, though he does not like to be known as a hyperrealist artist,” says Alexander Shegelsky, the director of Poletaev Art in Nashville. “But each one of his artworks can contain over twenty layers of ink and take over 300 hours to complete.”

Despite his demurs, Poletaev’s portraits pop off the page with the liveliness, and uncanny believability, of photographs. His likenesses of Hollywood icons are especially appealing, since they readily call to mind familiar vintage black-and-white publicity photos. Audrey Hepburn looks at the viewer with mouth wide open, as if a fan has unexpectedly entered her dressing room. Humphrey Bogart, pistol in hand, is partially framed by his own inky silhouette. 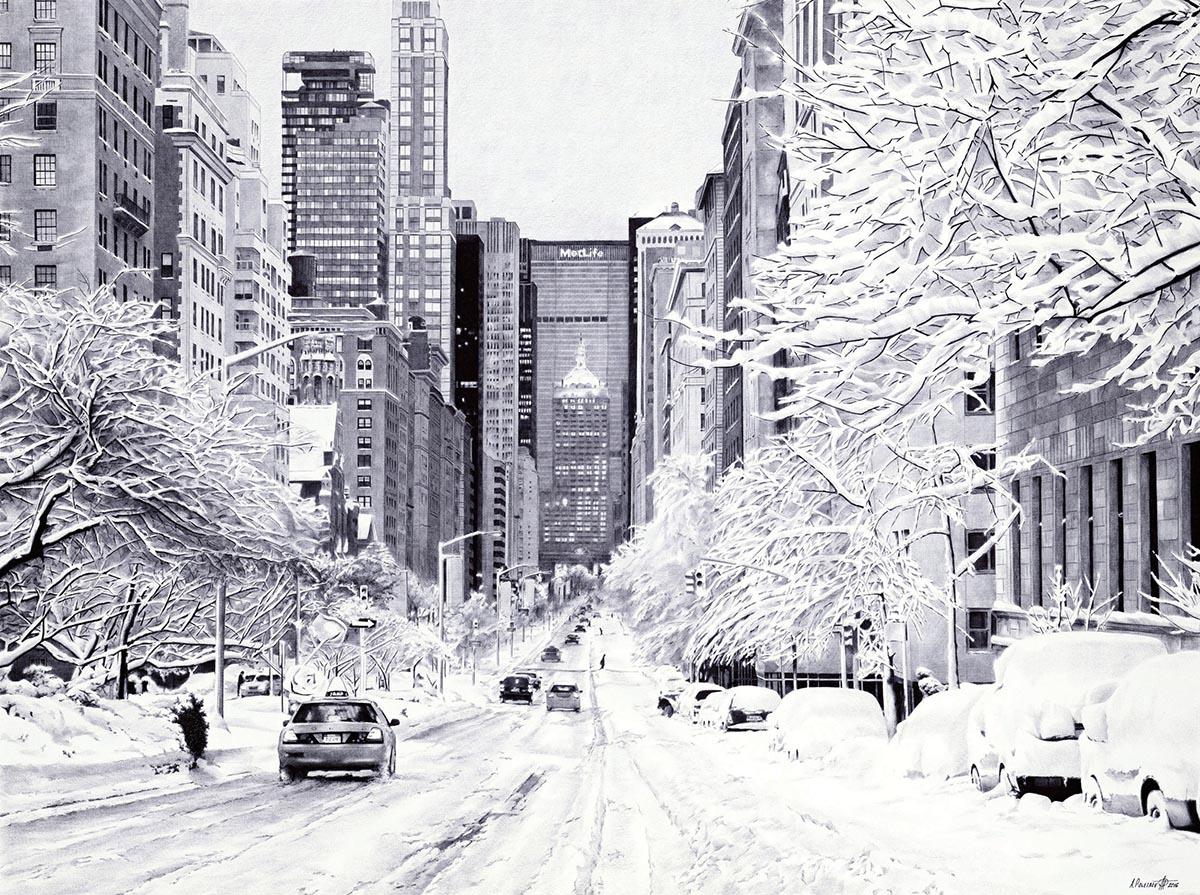 But Poletaev’s real genius is seen in his miraculous cityscapes. These works take Poletaev far from Eastern Ukraine to the streets of Paris, New York, Istanbul, and Prague. His drawings boast a master draftsman’s sense of detail. Yet it would be a mistake to dismiss these works as mere architectural sketches.

In a 2015 interview with the online journal The Ballpointer, Poletaev noted that cities have their own history and rhythm of life. “The life of a city happens not in its main attractions, but on the most common streets and alleys,” the artist told The Ballpointer. 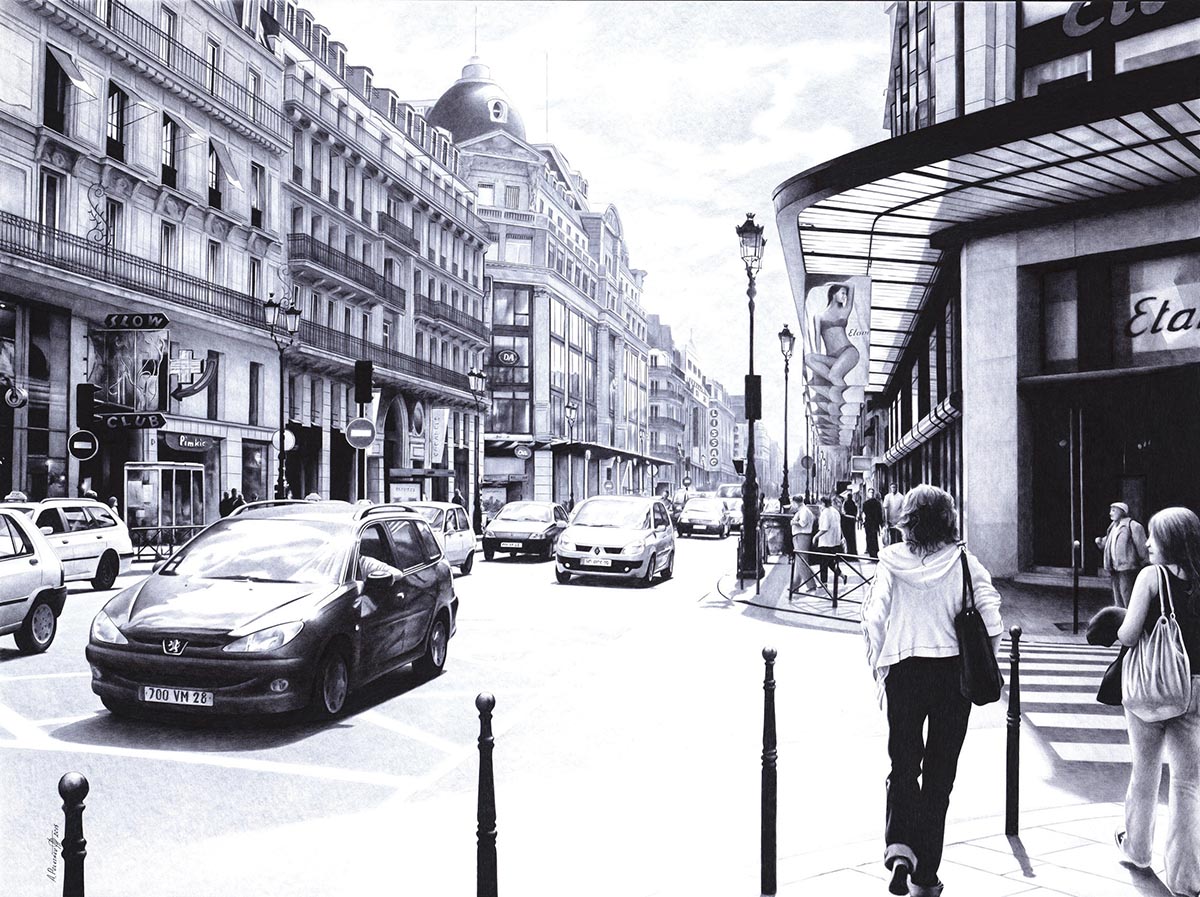 So Poletaev’s rendering of a Parisian street scene at night relegates the Eifel Tower to the background, while the eye is drawn to charming street-side cafes and to a lone motorcycle illuminating the evening with its headlight. Other Paris drawings show cyclists and pedestrians seemingly on their way to work or the store. Poletaev reminds us of the pleasant routines of life that are too often taken for granted.

Sometimes, Poletaev’s artistry is best seen in what he doesn’t draw. Much the same way a great musical work balances sounds with silence, Poletaev uses the white of his paper to highlight images and create nuance. His depiction of a New York City street in winter uses the whiteness of his paper to create the illusion of snow.

“Poletaev’s art hasn’t been seen much in America,” says Shegelsky. “I’m hoping that will soon change.”