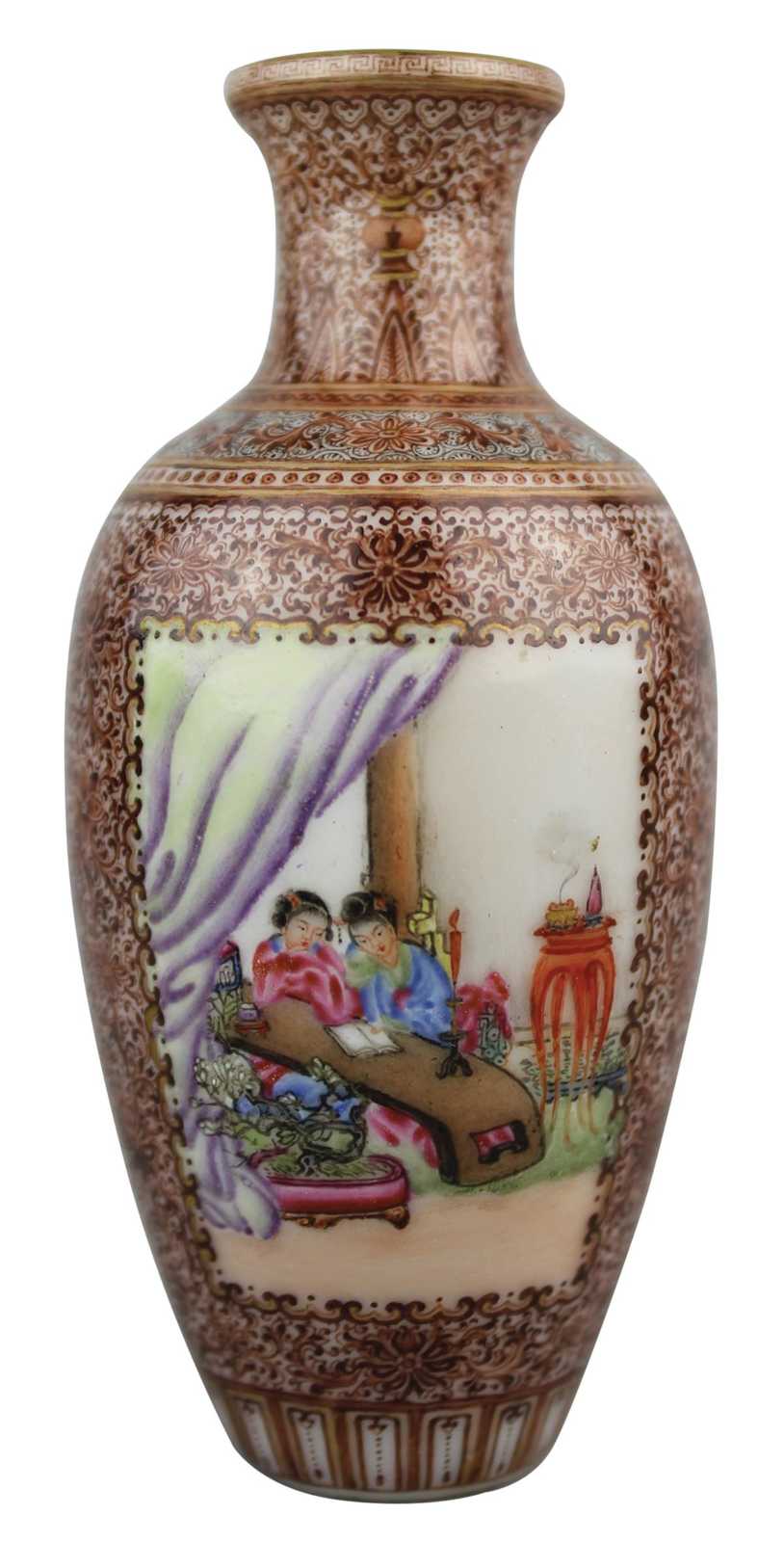 Hongxian seal mark and of the period (1916); Painted with two rectangular cartouches depicting figures at leisure, height 31⁄2 inches Collected in China, circa 1918 – descended in family

This diminutive piece of porcelain, of historical and cultural value, was made during possibly the shortest reign of an emperor of China. Starting In 1912, Yuan Shikai, a general, war lord, and reformist minister under the Qing dynasty, played an important role in bringing about the end of 2,000 years of imperial rule.

However, while serving as the first president of the new “Republic of China,” he promptly resorted to absolutist tactics, one of which was announcing, in 1915, a new imperial dynasty, proclaiming his reign as Emperor of the Chinese Empire under the era name of Hongxian (Constitutional Abundance).

The Hongxian Dynasty was ended in March of 1916 when opposition to his arrogant, ruthless behaviors lined up against him, forcing him to abdicate and permanently ending the rule of monarchy in China. His self-appointed position as “Emperor” lasted less than 100 days.

The effects of years of China’s internal discourse, with the end of monarchs and the coming age of republican rule, was a time of profound hardship for Chinese artisans. With the loss of imperial patronage, no longer could an artist devote endless hours to the creation of a masterwork. The master artisans of this period often had to abandon their arts for service in the continual wars of the times or to find labor that would support their families. 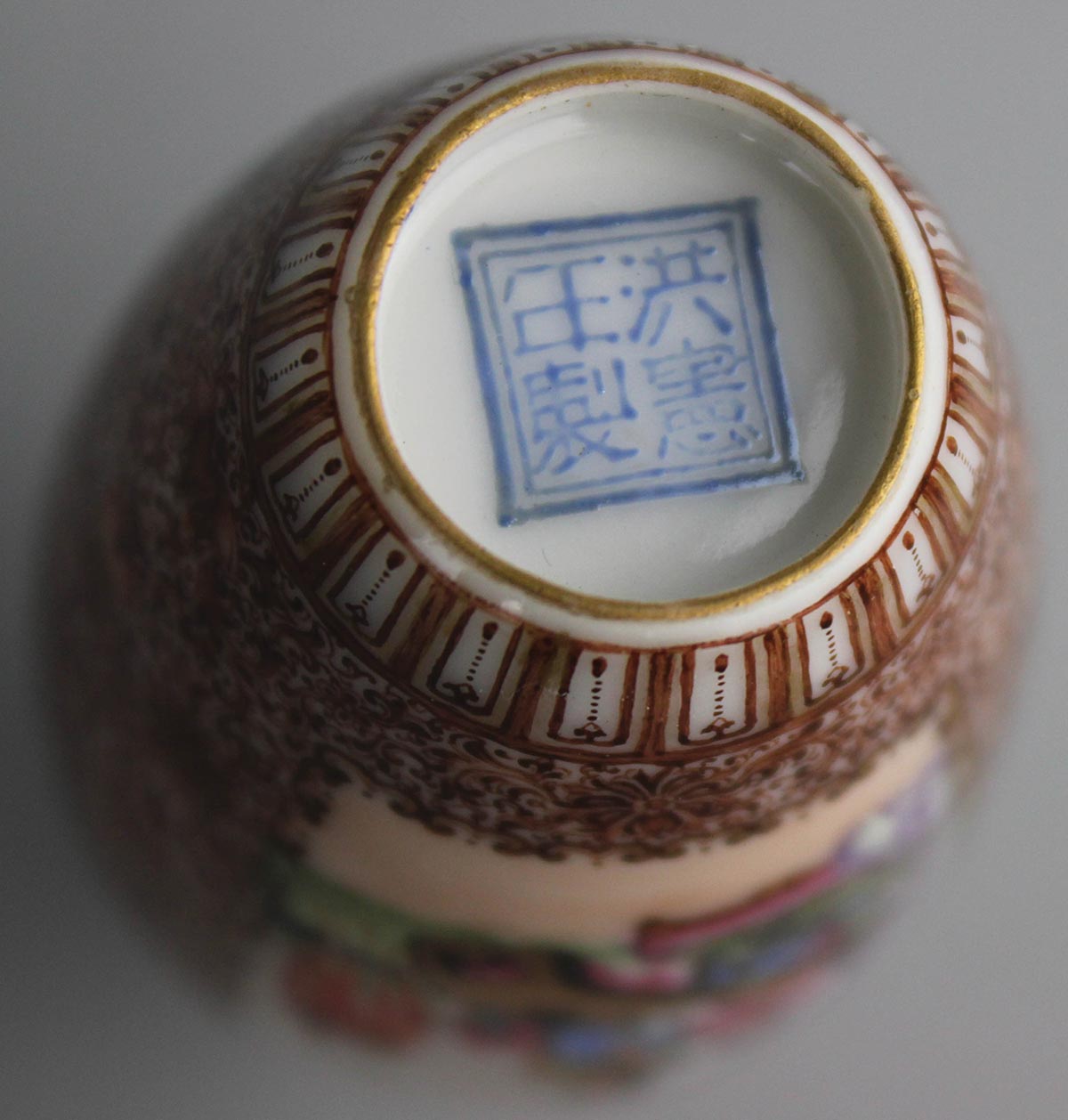 Seal mark: Consists of the name of the Chinese dynasty and the reign of the emperor during which the piece was made. It comprises four or six Chinese characters and is usually found on the base of a work of art commissioned for the emperor or his imperial household.

Should this beautifully painted, baluster-form vase from the short-lived Hongxian Dynasty go to auction, it may find its way back to the land of its creation. A quality piece that has been in private hands for close to 100 years would be very attractive to the Chinese buyers who are actively pursuing outstanding historic examples of their heritage. A conservative estimate for this eggshell-thin porcelain vase, at auction, would be $700 to $900.