Under the blazing Mexican sun, potters still shape clay into artistic wares, as did their ancestors for more than 2,000 years. This rich heritage remains in the pottery-making centers of Atzompa, Oaxaca, and Metepec, as well as in the hands of Mexican artist Guadalupe Lanning Robinson, for whom stoneware pottery is a longtime love.

Robinson, who was born in Mexico City, creates pottery adorned with hand-tooled designs made in geometric and organic patterns. The aesthetic seems familiar, as though it were inspired by the ancients.

“I think that when you see my work, even though all the designs are my own and are in some way contemporary, you can see my background,” Robinson says. While she works, two chatty cockatiels flit around in circles above a riot of unfinished clay pots waiting to be fired. Named Gray and Sunshine, they are Robinson’s companions in a lofty studio in Huntsville, Alabama. It is one of many workspaces at Lowe Mill, a renovated textile mill where artists and other creative types do their thing.

Cheery and easygoing, Robinson works in a flouncy, floral skirt that she made. As she puts it, everyone in Mexico sews. So she creates her skirts, as well as elaborate, colorful quilts that occupy a corner room in her studio. She often darts into this quilting room when she finds herself artistically stymied by a piece of pottery. “One feeds from the other,” she explains.

Robinson peppers her story of artistic success with phrases like “I’ve been so lucky” and “I’m fortunate.” Of course luck and fortune offer little to an artist who isn’t talented. But Robinson is talented, immensely so, and for her ability to create highly decorative pottery she has won many awards and has been featured in multiple museums.

Last May, Robinson was awarded the Nashville Arts Stand Out Winner award from the Tennessee Crafts Fair, one of a handful of annual fairs at which she sells her work. Such events comprise her sole distribution channel. 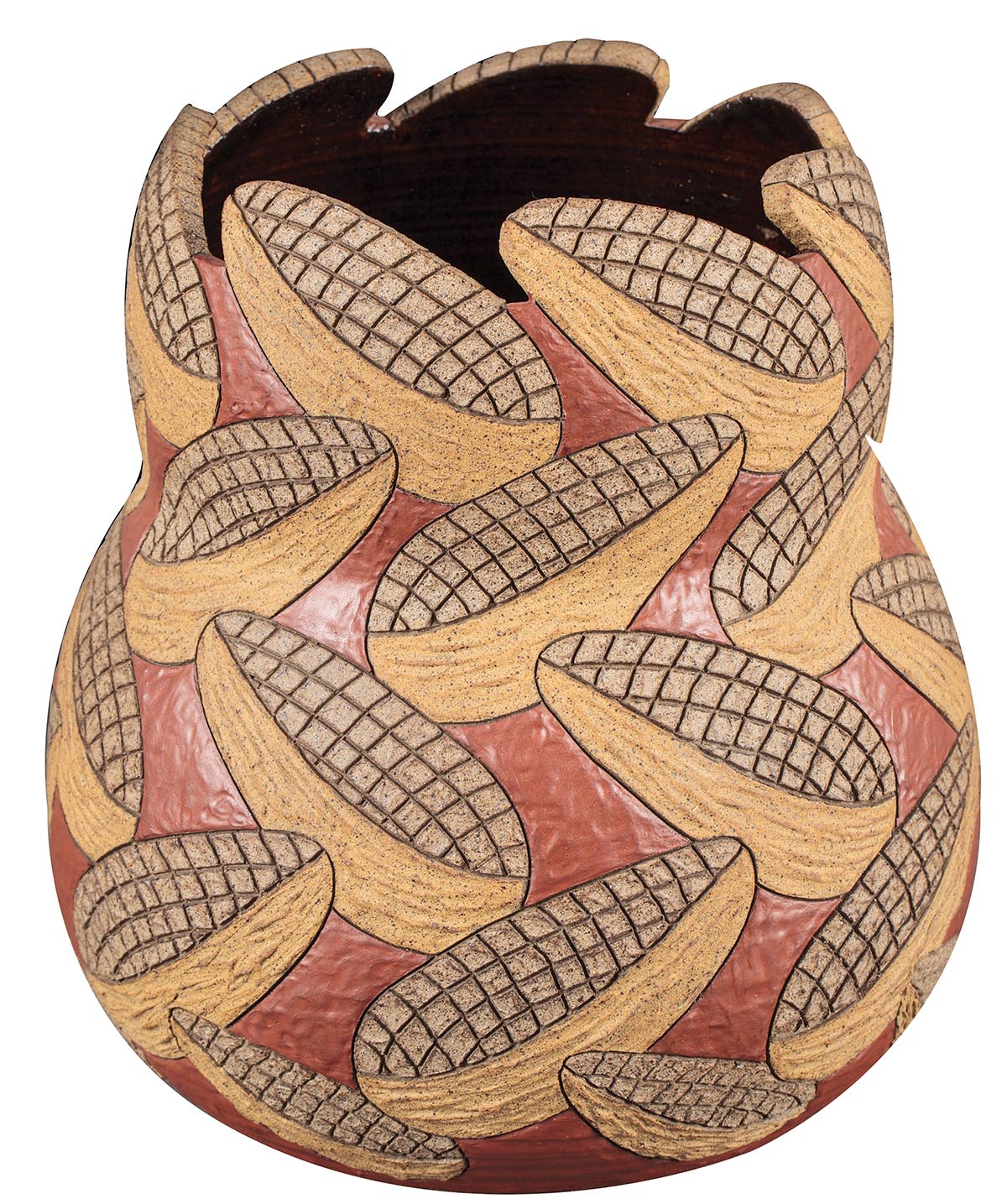 Robinson landed in Huntsville in 1985 with her husband, an Alabama native she met in Mexico City. She had a ceramics degree from Centro de Artes Plásticas y Artesanias Independencia, a university for artisans in Mexico City.

Now, after more than thirty years, Robinson has continuously produced her distinctive pottery that is mostly wheel-thrown and crafted impeccably. Her multi-layered process begins with various colors of clay that she mixes herself and then alters. She might add food coloring to the mix or manganese, which infuses the clay with black specks that emphasize the clay’s texture.

Robinson often builds up texture by adding layers of clay to surface areas. And she covers her works with incised designs that she creates with needles of various sizes. “It’s not something I learned somewhere,” she says. “It’s just experimenting.”

Robinson also creates her own glazes, which she applies after an initial bisque firing to the interiors and exteriors of small pieces, such as mugs and salt cellars, but only to the interiors of her larger art pieces. “Stoneware clay has so much texture and color that I hate to put a glaze on top of it,” she explains. 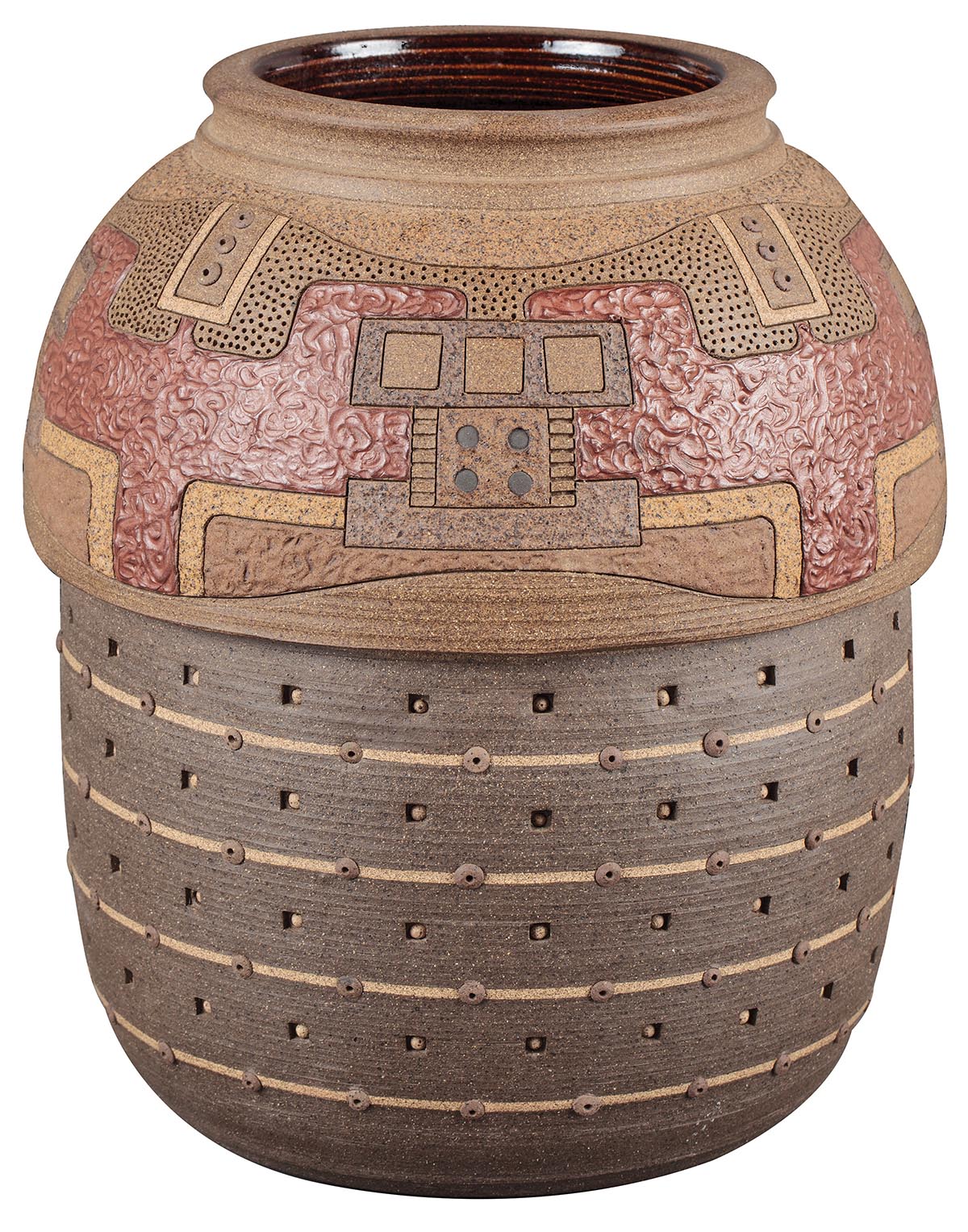 The final step is firing each piece a second time at 2,250 degrees Fahrenheit. “It takes a long time to do a pot,” Robinson says. “Somebody told me one time, ‘That looks very tedious.’ I was so offended. Tedious? It’s not tedious. That has a negative connotation. But it does take a lot of time.”

Some motifs are revisited, such as her “woman with attitude,” a female figure with her hands on her hips. This motif was inspired by the emerging intensity of her daughter at the age of nine.

Robinson also creates pots featuring “dress” motifs that she invented in homage to the traditional dress worn by women from Mexico’s Isthmus of Tehuantepec and popularized by painter Frida Kahlo. Thoughts of Mexico are never far from her work.

“When I moved away from Mexico City, I knew I was going to have to do something like this,” she says. “It’s such a connection that I have with Mexico, it’s like my umbilical cord when I’m doing this pottery.”

“When I moved away from Mexico City, I knew I was going to have to do something like this. It’s such a connection that I have with Mexico, it’s like my umbilical cord when I’m doing this pottery.” 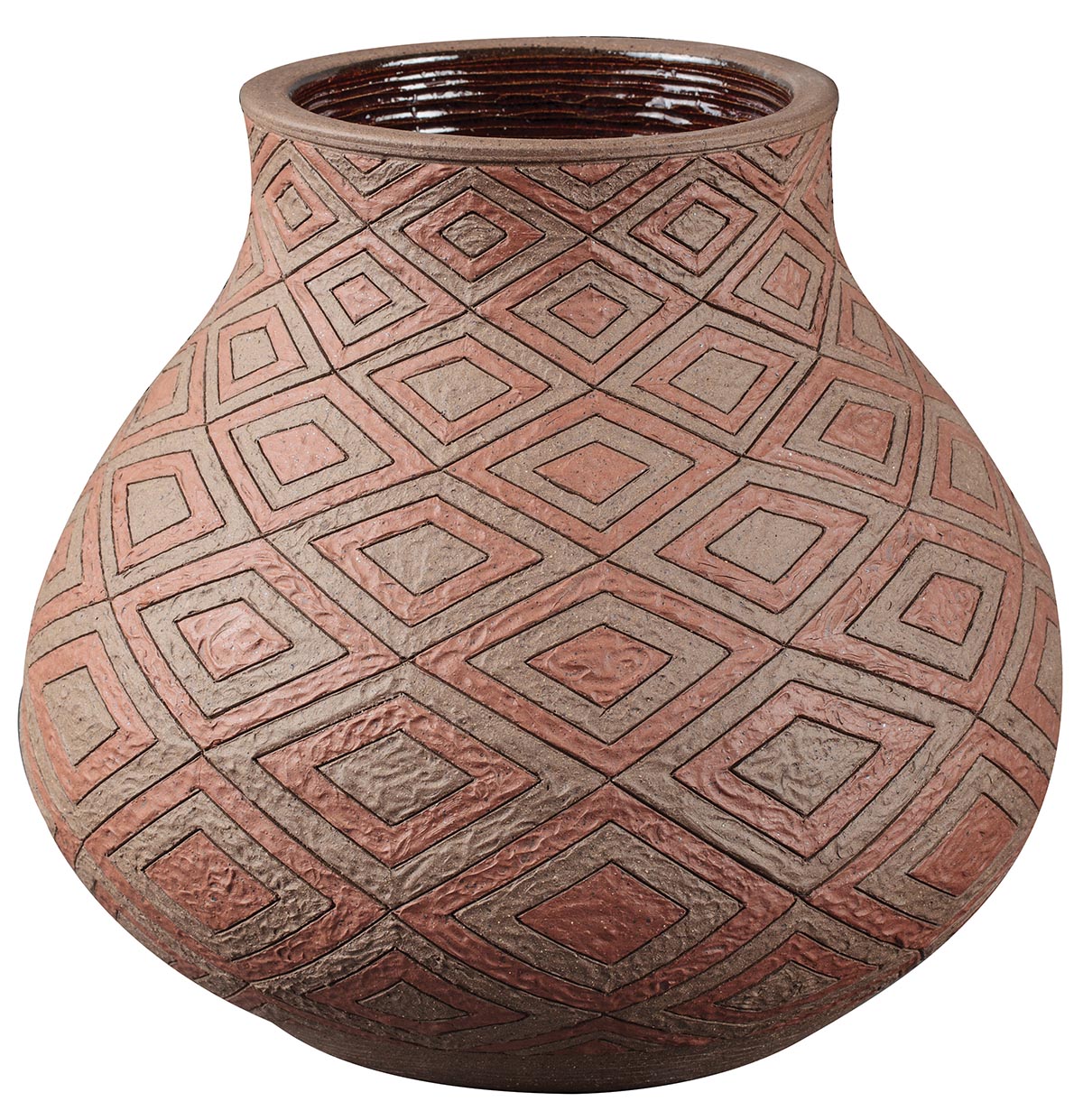 Then she divulges her motive for making such exquisite, time-consuming art. “How do I contribute to a craft that’s been going on for thousands of years?” she says. “I want to contribute in a positive way. There are a lot of bad pots out there. That’s something that I want to be conscious of. I want to do something that’s going to bring joy to the person who has it for a long time. I want to produce something that is lasting. And that is a challenge.”

It is a challenge that Robinson is fully equipped to take on.  For more information, visit www.guadalupepots.com. 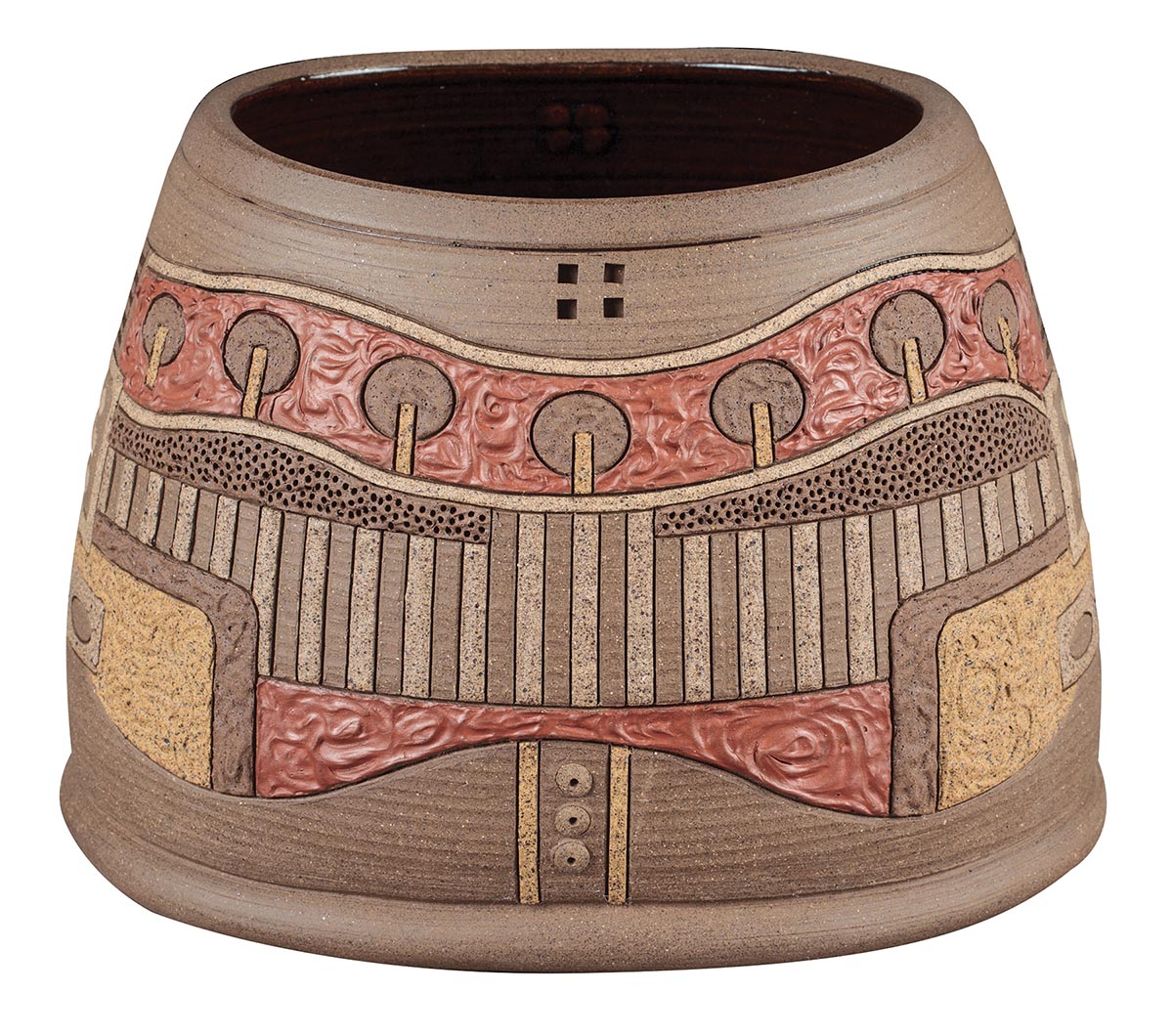 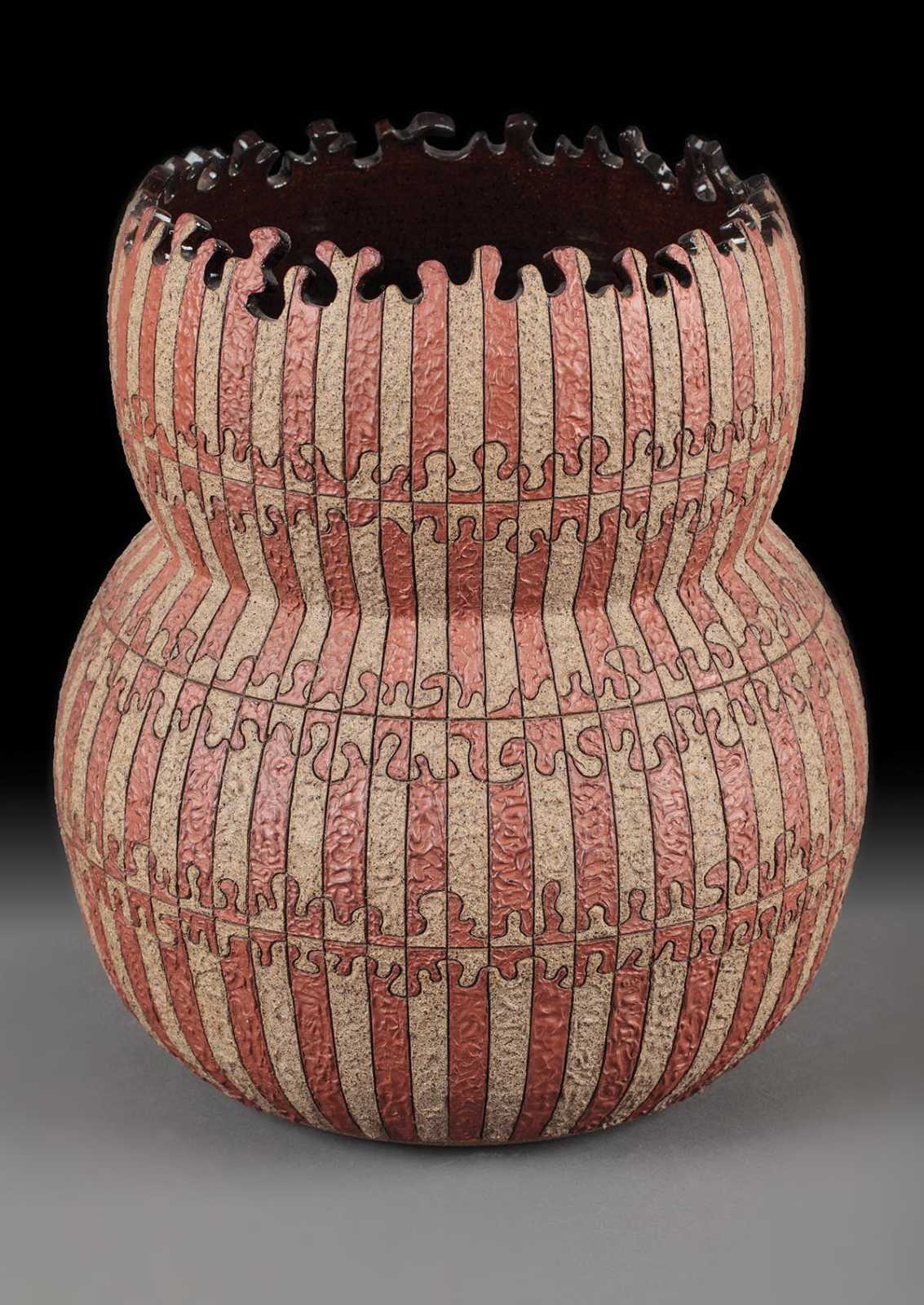 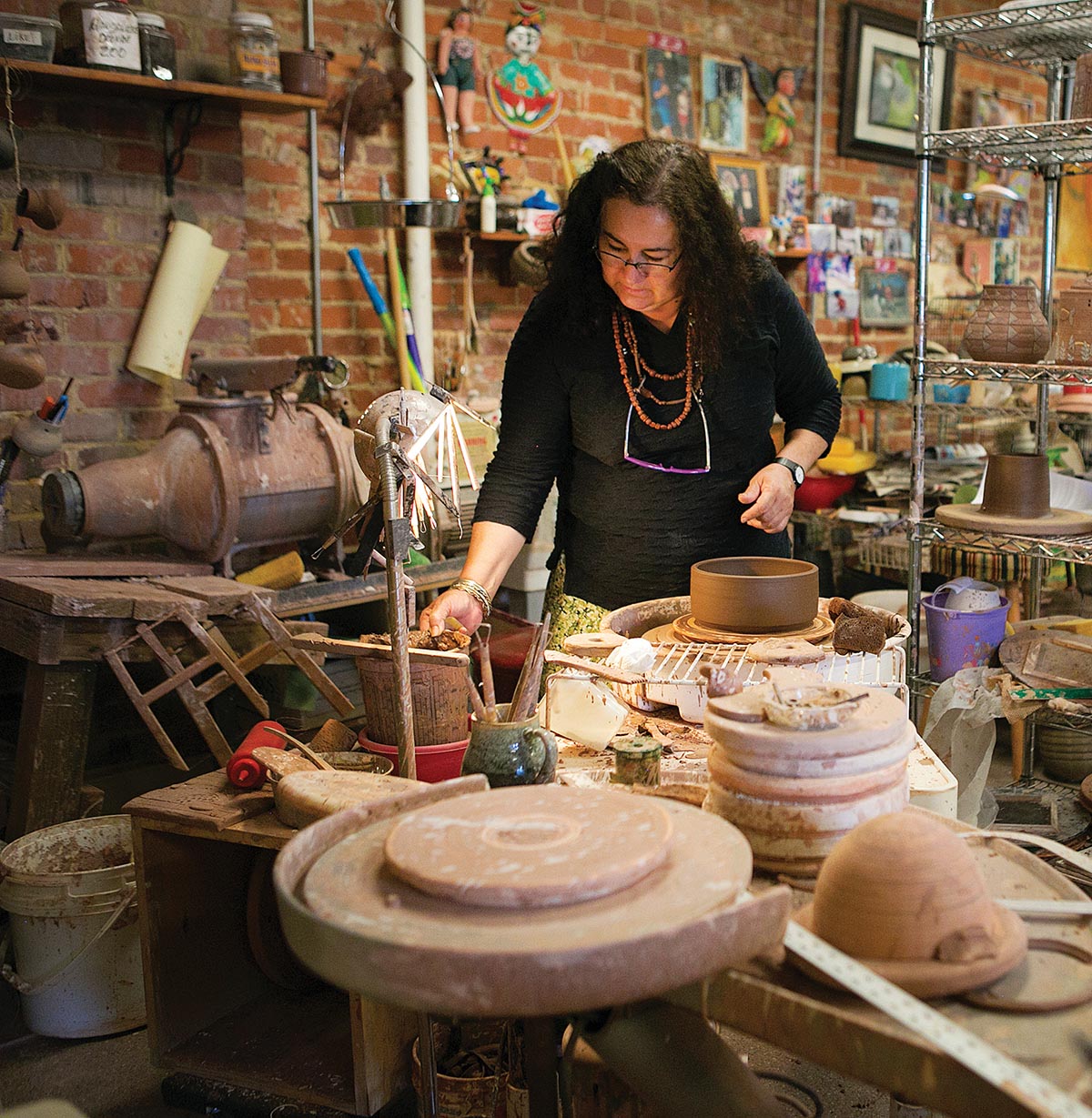 Guadalupe Robinson in her studio; Courtesy of Sarah Cole Photography