My late brother was Richard-Pryor funny and bad to the bone. He was born James Alfred Chapman IV, but everybody called him Jamie. He was tall—six feet, seven inches—and he lived only forty years, which may explain why he cut such a wide swath during his life span.

To this day I run into people who knew and loved him. I’ll be out signing books somewhere and, inevitably, someone will come up and say, “God, I loved your brother!” then proceed to tell me some wild story.

Often these stories came with a photograph.

The one below was taken after Jamie had redecorated a recreational vehicle belonging to Jimbo and Kim Harrelson, family friends from Sumter, South Carolina. 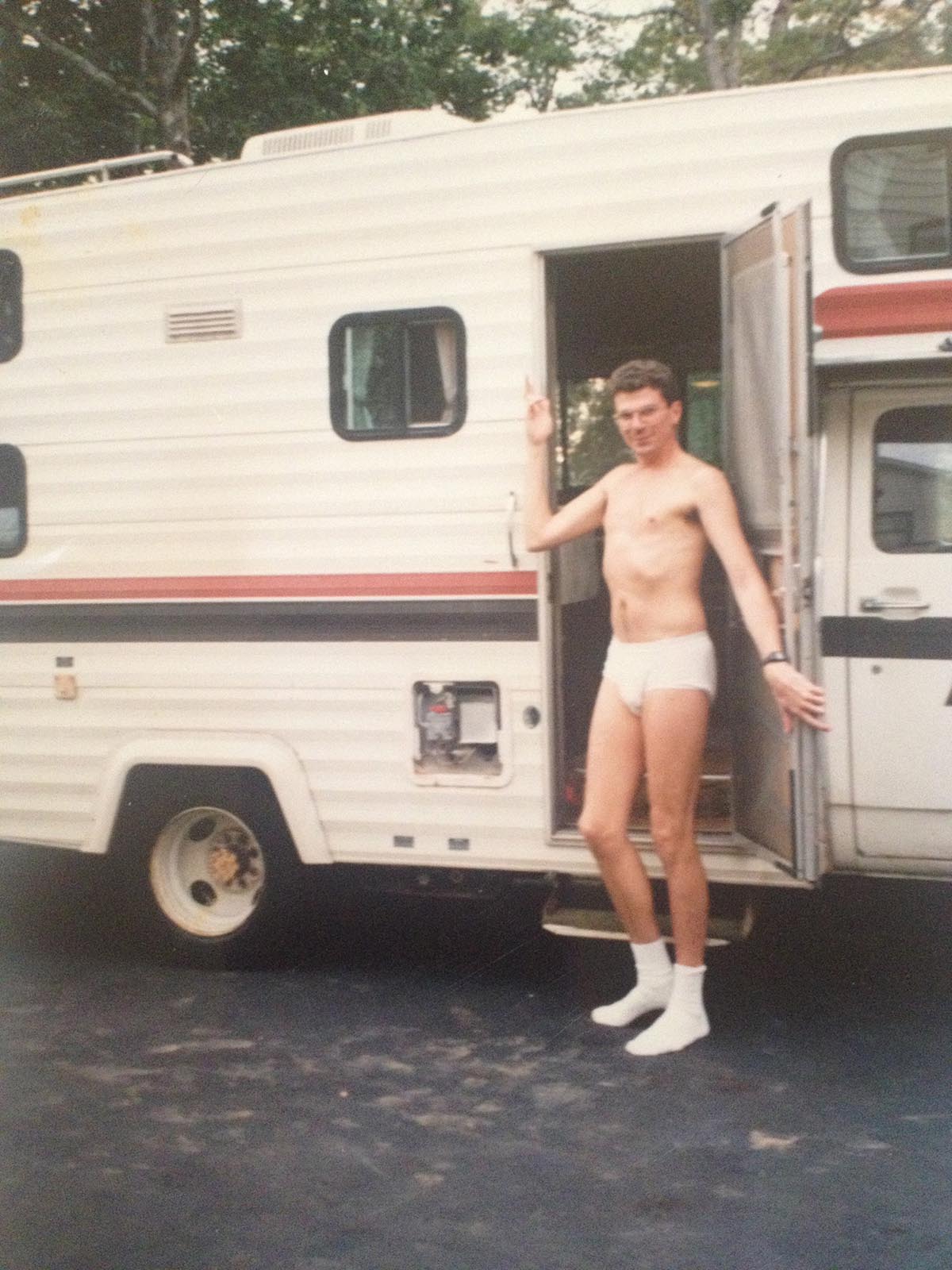 Jamie was a gifted interior designer who worked out of Atlanta. Every now and then, he’d take on a project just for the hell of it. In this case, a deal was struck—Jamie would redecorate the Harrelsons’ RV, if they’d let him take it to Connecticut for a Big Hair Convention. (Don’t ask.) Anyway, Jamie described his decorative style for this project as “a cross between railroad baron and Call of the Wild.” Let’s just say a lot of tapestry fabrics with wild animals woven in were involved.

Okay. So a few days after the newly decorated RV had been returned to the Harrelsons, their phone rang. Acording to Kim (who answered the call), the exchange went like this:

A few hours later, their phone rang again. This time the exchange was even more brief.