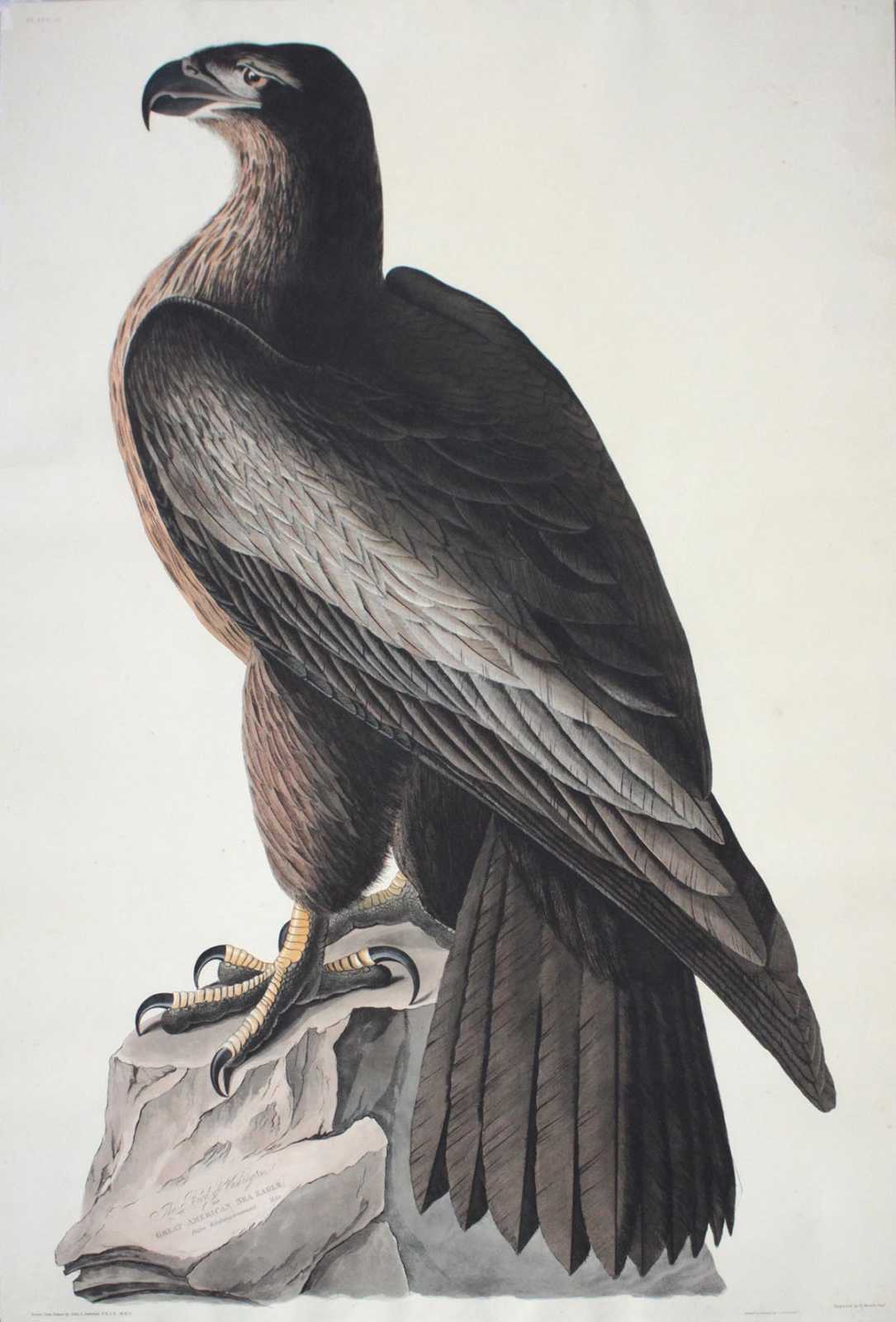 Engraving originally part of John James Audubon’s The Birds of America; from Original Drawings. London: Published by the Author, 1838

John James Audubon’s obsession with birds started at an early age. He was an amateur naturalist and self- taught artist of reportedly boundless energy, who was most content traveling through the U.S. frontier on foot and horseback in search of his next subject. Early on, he had a vision for a book, to paint birds as he observed them in the wild.

It is important to know that all that Audubon accomplished in his art was without the aid of reference books, binoculars, or cameras. But he was a portrait artist that ultimately had to kill his subjects to study all their details and then apply his keen observational skills and appreciation of the natural world to accurately position his deceased subjects for their portraits, while always managing to capture the energy and excitement of the active states of his avian subjects.

His paintings were just the first step in a long production process. This passionate man, happiest in the wilds, was forced to travel to England in search of an engraver who shared his vision and had access to wealthy subscribers who would purchase the formidable portfolio of engravings that were to be meticulously translated from Audubon’s original paintings. The production process was laborious: Robert Havell had to mirror-image copy, by hand, the shapes, shadings, and textures of the artwork onto copper plates. Once the engraving plate was completed, black ink on white paper images were produced. These engravings would then be passed to a team of colorists who would hand-paint the prints, using watercolors. Through this art- reproduction process, the combined talents of Audubon and Havell allowed hundreds of people in the early 1800s to own Audubon images.

Audubon’s Birds of America, first published in series form and released between 1827 and 1838, has long been considered one of the greatest books ever printed. Audubon’s passion for his subjects is palpable in his field notes that accompany the images. In his time, the publication’s greatest sales success came from England, where it had been marketed as an idealistic vision of the wilderness of the New World, to a public who would never see these birds in real life.

The Sea Eagle, at auction, would carry an estimate of $7,000 to $8,000 on today’s market. Audubon double- elephant-sized prints will always be loved. They are poignant reminders of the wildness Audubon knew, respected, and treasured.