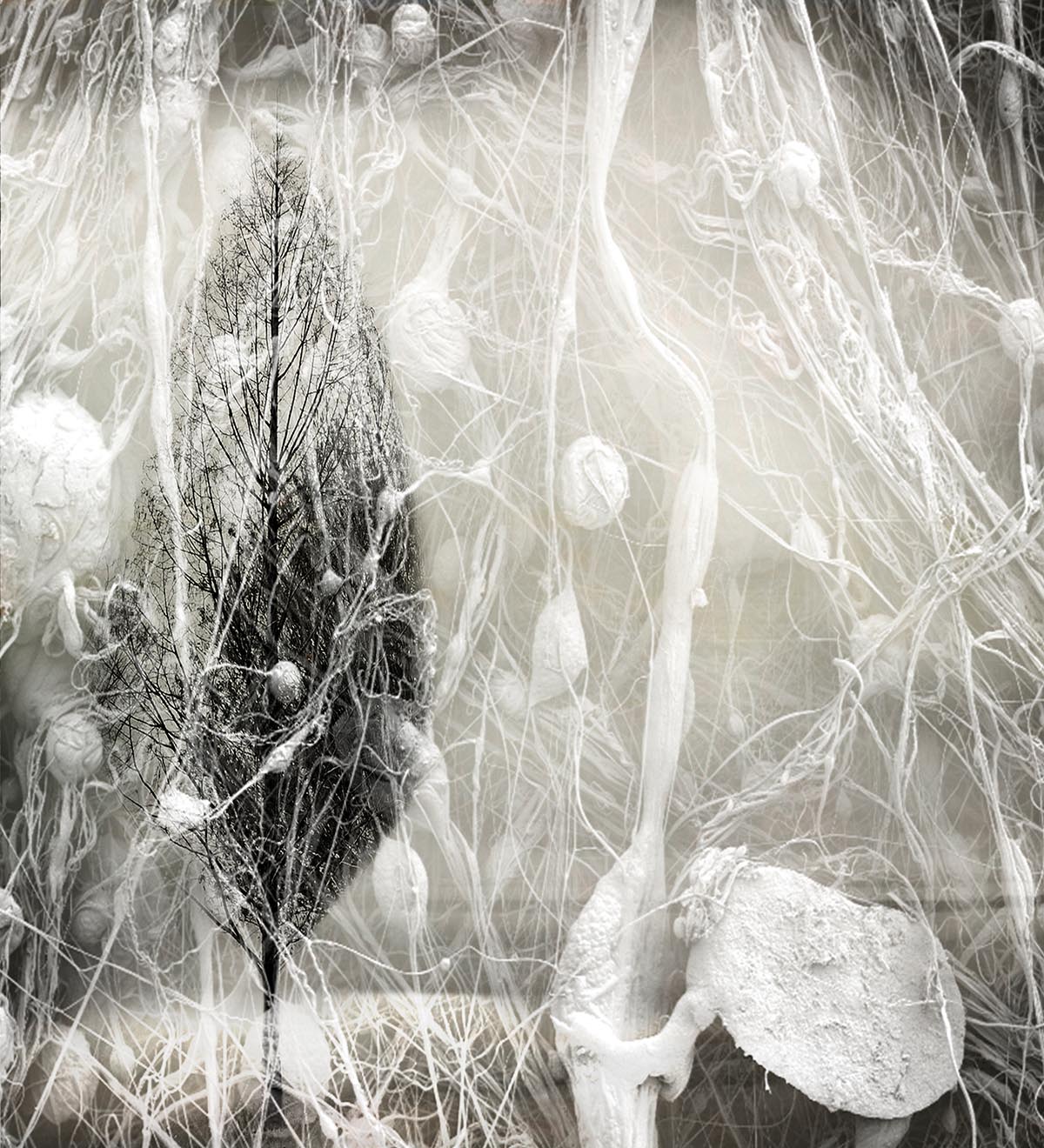 There’s something equally sinewy and dangerous in the latest work by photographer Carla Ciuffo, Nano.Stasis Cosmic Garden, opening September 2 at Tinney Contemporary. The stark, dynamic images that form the center of her series represent Ciuffo’s continuing experimentation with nanofiber, a substance whose previous use remained confined to the medical field. But during the past couple of years, Ciuffo has utilized nanofiber to create pieces that merge art and science, two fields generally considered intellectual rivals.

Ciuffo’s ongoing search for a different medium provided the catalyst. “I was doing a show at Tinney in 2014,” Ciuffo, sitting inside East Nashville coffee house Sip Café, begins. “At the end of the show, I was talking with Susan [Tinney] about needing another medium to work in. Susan said she was good friends with [Professor] Kit Parker at Harvard University. He had just invented this new technology of nanofiber. At the time, I knew nothing about that. It was often used for organ regeneration and wound healing, and he was developing it for burn victims in the Army.”

She contacted Parker, a Tarr Family Professor of Bioengineering and Applied Physics at Harvard. Parker was receptive to the idea of nanofiber as artistic medium and invited her to study at the university lab. Ciuffo served as a visiting artist at Harvard for two years.

“I was the first lay person to actually go to the lab,” Ciuffo notes. She worked closely with graduate student Nina Sinatra to develop “nanofiber canvases.” Ciuffo learned how to “catch” the fibers from the rotary-jet spinning device that Parker had developed, based on, unbelievable as it may sound, the cotton-candy machine. It was a particularly arduous process. “We had to experiment in many different ways,” Ciuffo recalls. 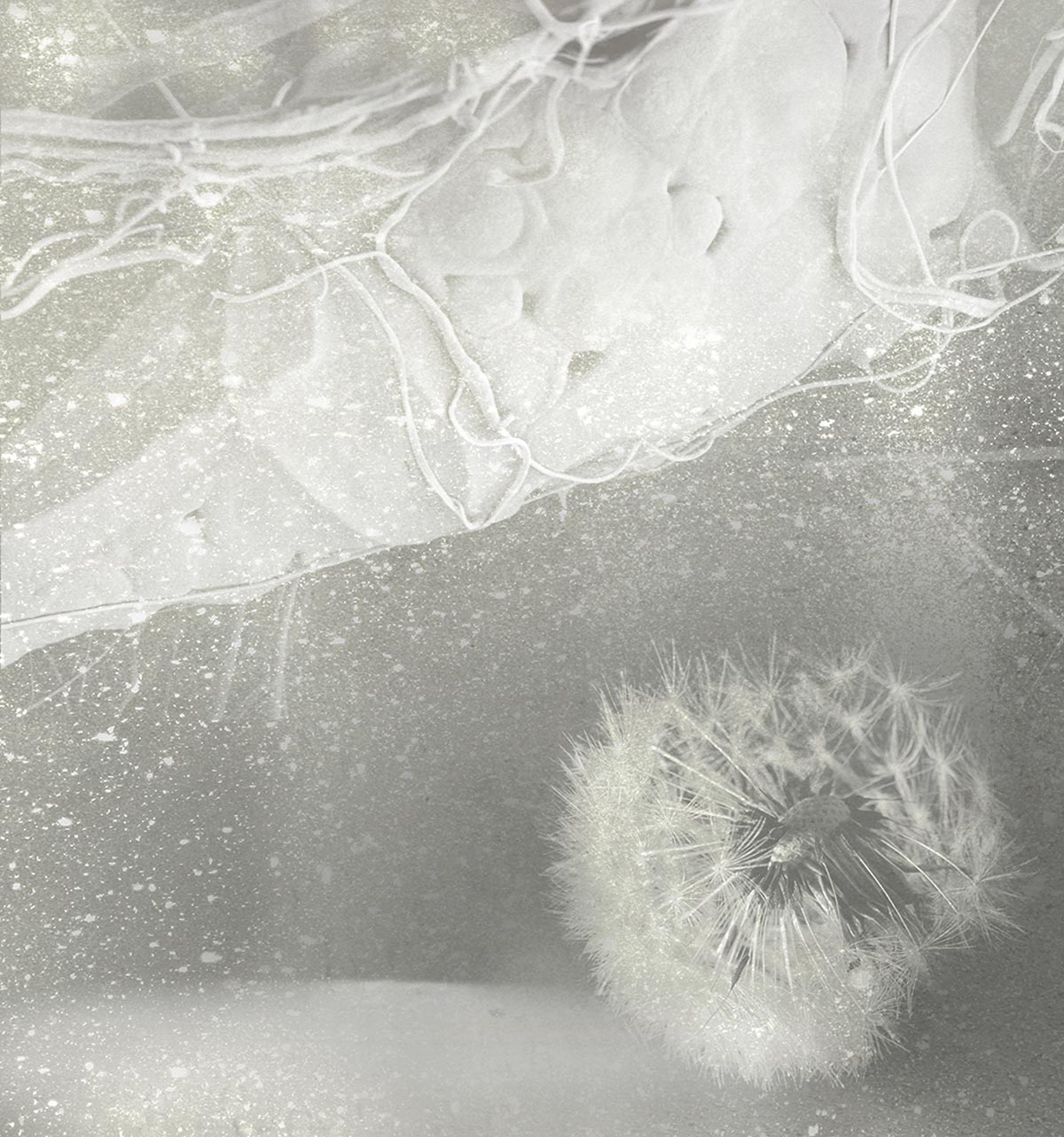 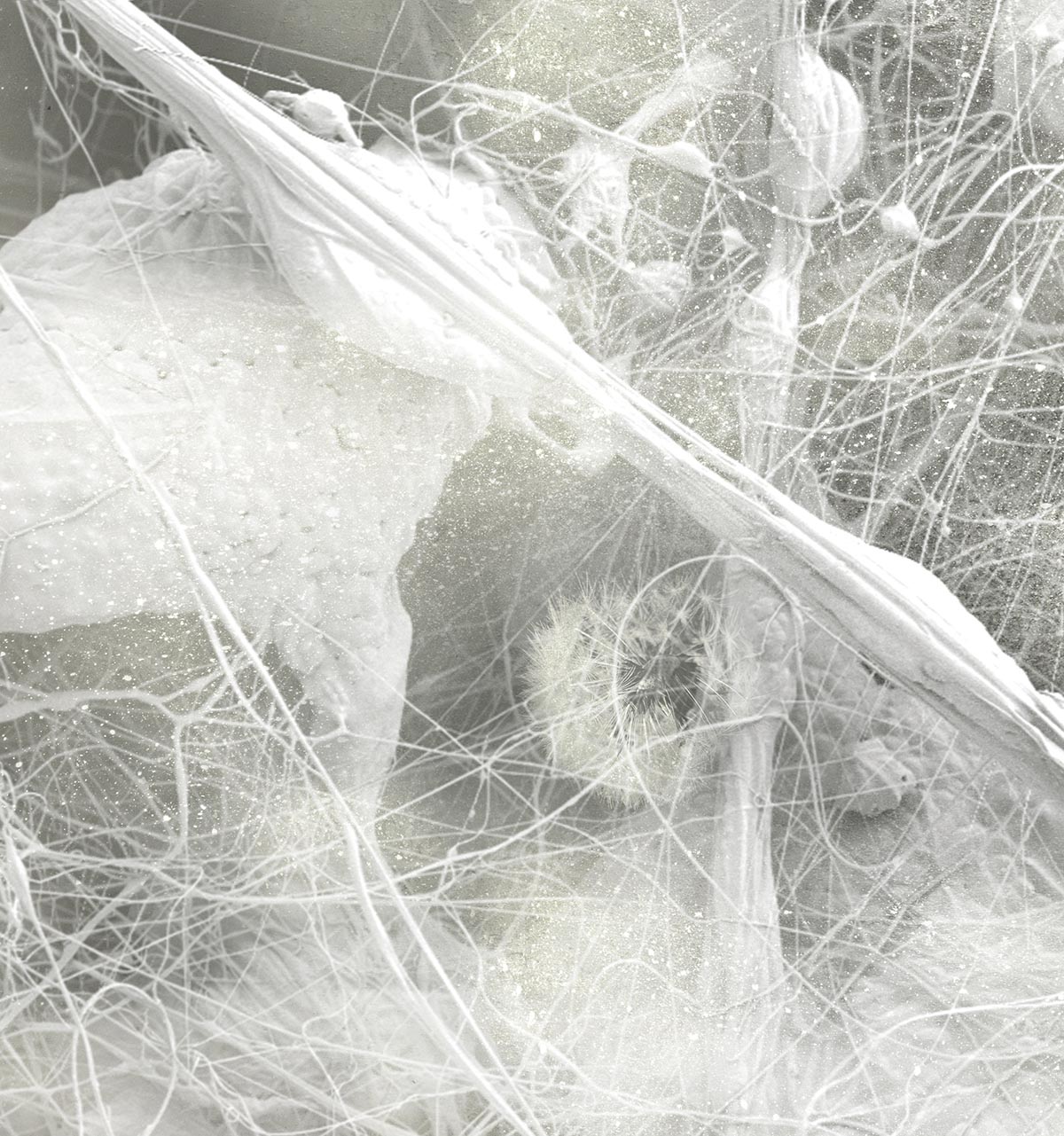 Of course, when you’re an artist who prefers the large format, “nano” technology, by its very name, can make for a potentially ill fit. “What I wanted to show was this enormous universe, and the lab students would always ask me what part of ‘nano’ didn’t I understand?” Ciuffo says with a brimming laugh.

So, how to produce pieces large enough to display? It took a bit of teamwork and, certainly, technical know- how. “We took little swatches of the nanofiber canvases and loaded them onto discs,” Ciuffo explains. “We used Harvard’s electron microscope to take SEM photos and blew them up. That’s how we were able to create the cosmic universe.” 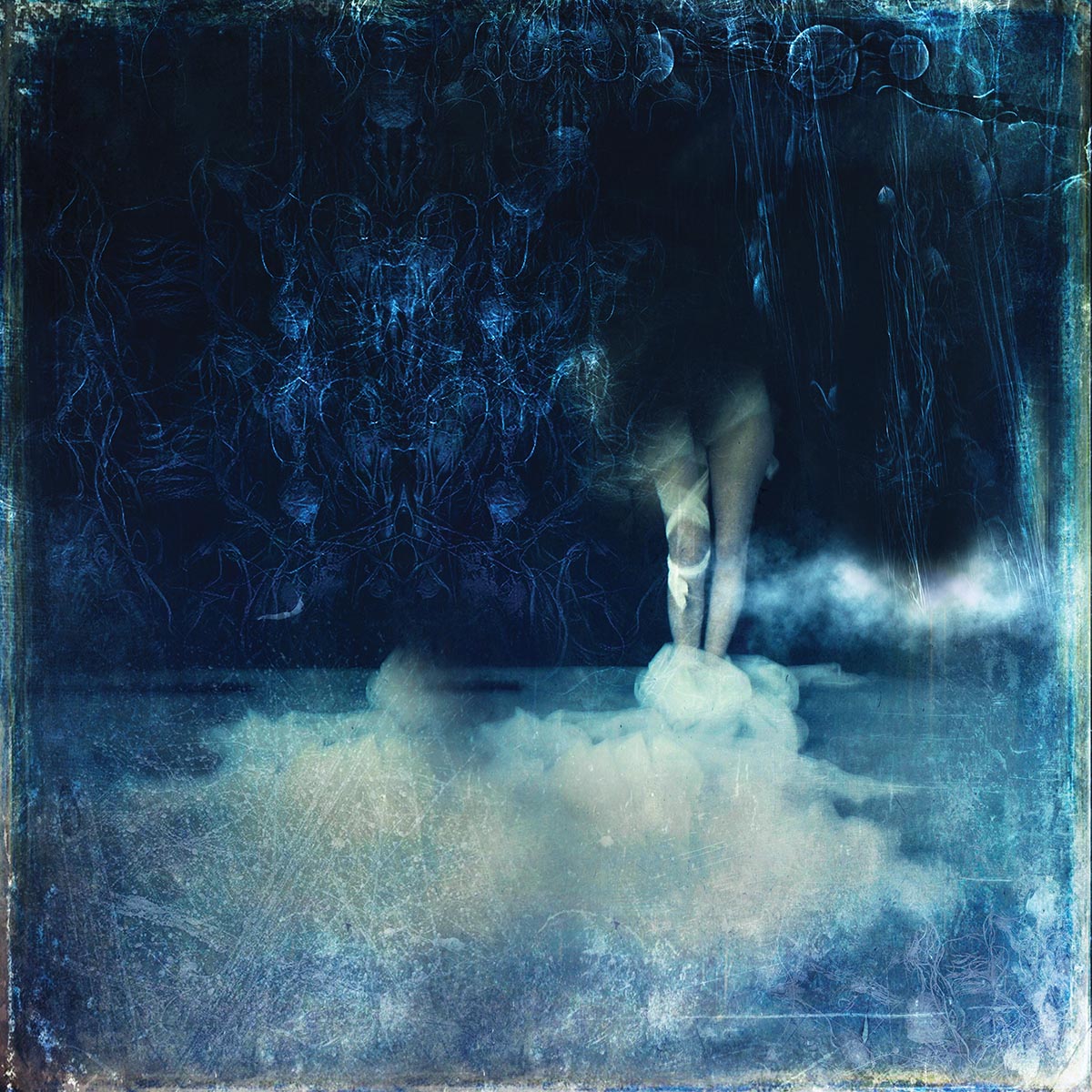 Large- and small-format acrylic artwork constitute this new collection and further represent Ciuffo’s exploration into stasis, a state of stability. “This is really showcasing the nanofiber,” Ciuffo says. “People will get an idea of how strong and tough the fibers are, even though they appear very thin and delicate. It’s an almost cloud-like, very bouncy material. I’m enchanted by it,” she adds with a dreamy smile. “These are all acrylics. It’s my favorite medium to work in.”

Though the pieces are constructed with a medical fiber, there’s nothing cold or antiseptic about the Cosmic Garden images. If you look closely enough, you will at times detect a hidden image, on the order of an artistic Rorschach test.

“That isn’t really intentional,” Ciuffo says. “But I love hearing different people’s interpretations. It’s always fun to know what people see.” In exhibit pieces such as Nano Universe or Swept Away, it appears that the central object might be attempting to escape its own limited space, almost reaching out for freedom. There’s a discernible tension, often a key element in any visual-art medium.

Ciuffo would tend to agree. “What is interesting about the Stasis series,” she says, “is that they are sort of whimsical. There is something childlike about them. But there is also an element of danger. They can be a little ominous at the same time.” 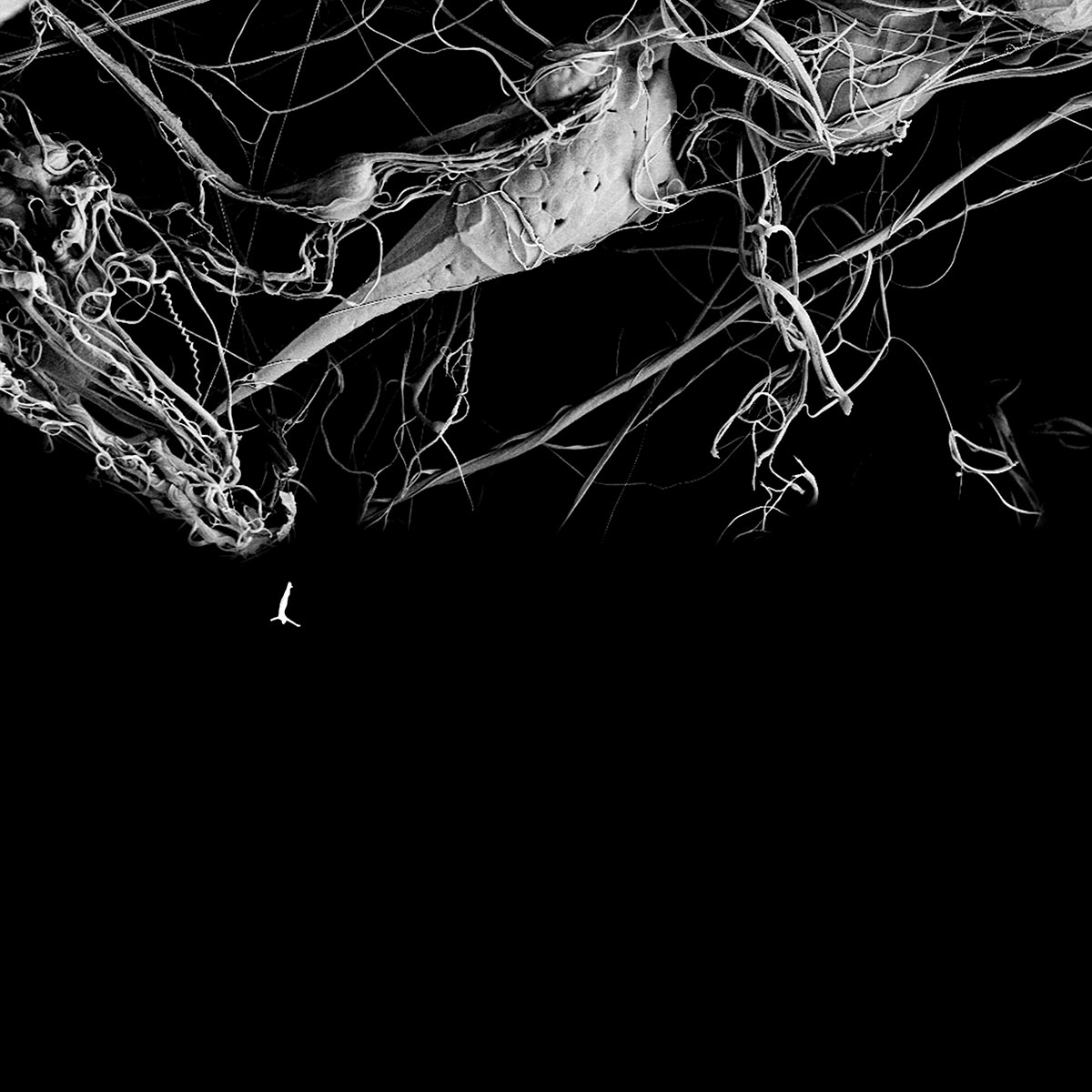 Each piece in the series also takes on its own unique atmosphere. Woman in Blue has a slightly smoky quality, while Lace, as the title suggests, is more fibrous-looking. “The smaller pieces, like Anemone, look like they are underwater,” Ciuffo notes. “There is something aquatic about the material.”

“During the past couple of years, Ciuffo has utilized nanofiber to create pieces that merge art and science, two fields generally considered intellectual rivals.”

Ultimately, the merging of art and science remains the theme behind Nano.Stasis Cosmic Garden. “That is what I really want to emphasize,” Ciuffo says directly. “One of the show’s leading narratives is how art and science were successfully combined in a collaboration. In the show, I’m demonstrating the vast universe of those fibers and the narrative that came from that collaboration.”

Ciuffo’s two-year “incredible journey,” as she terms it, has now resulted in her major exhibit, opening during the Art Crawl in downtown Nashville. “The people at Harvard were amazing, and we had so much fun together,” Ciuffo raves. “Over the course of a couple years, we discovered so many things together. They were excited about the way I was thinking about nanofiber.”

And the payoff? Ciuffo answers simply, “We ended up contributing to each other’s lives and work. It was a wonderful experience.”