“Clouds fascinated me when I was a child. I used to lie on the ground and change their shape in my thoughts.”

What could be more breathtaking than a series of photographs taken from the window seat of an airliner? If the clouds are right, the view can be unforgettable.

But what if the Plexiglas you’re looking through is kind of smudged, as it often is? Or cracked? Even better, insists Catherine Erb, whose images of clouds and brilliant skies are on display from September 5 through October 7 at David Lusk Gallery. 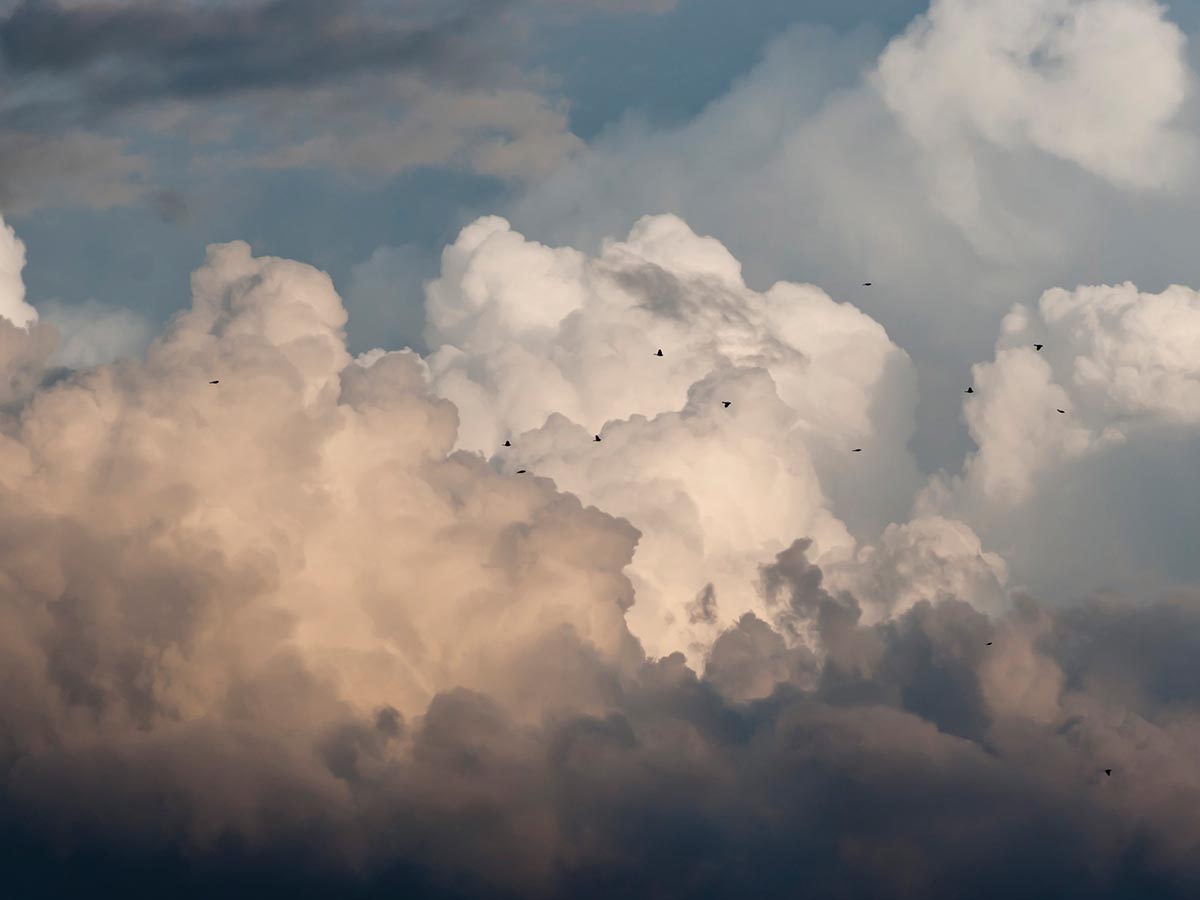 “I love that!” she enthuses. “I love dirty, nasty glass that I can put in front of my lenses and filters so it’s like I’m shooting through a veil. I mean, we all look at life through our own veils, so why not play with that?”

This philosophy is more apparent in some of her more earthbound work, viewable at CatherineErbPhotography.com, where the edges of her pictures and often the human beings who seem to stray into them transform into almost abstract elements in an otherwise representational image. But you can see it at the Lusk show, too, where her billowing nimbuses grow more intriguing the closer you draw to them. 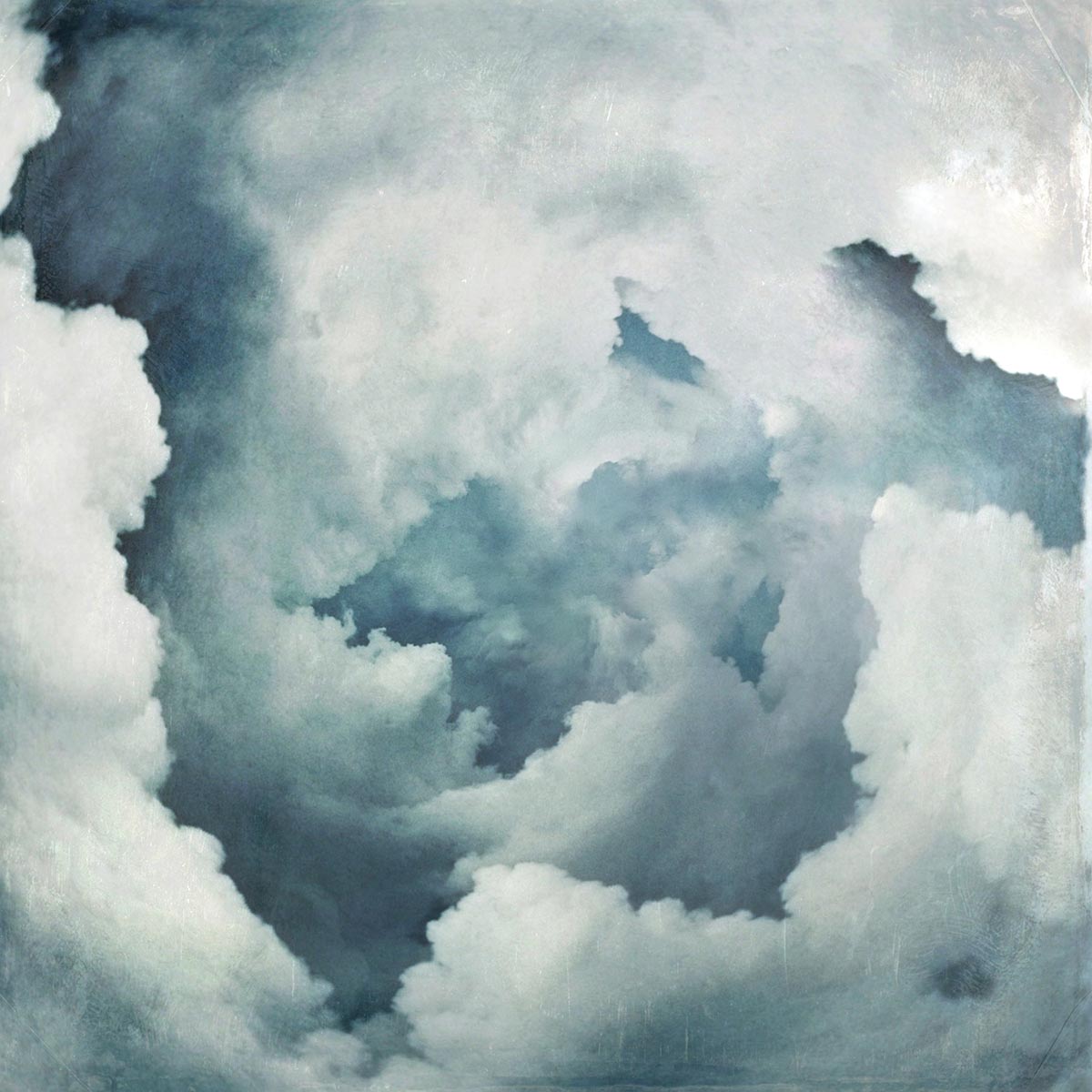 That’s because her aim is not to just depict her subjects—clouds, fishing lures, steeples, flowers—or freeze them as if to say she’d defined their stories. “For me, each of these images is the beginning of a quest,” Erb explains. “For example, my cloud series is all about having higher thoughts. Clouds fascinated me when I was a child. I used to lie on the ground and change their shape in my thoughts.

“When I started these pictures years ago, I didn’t know they were going to become a body of work,” she continues. “But I began to think about how cool it was that I thought I had that much power as a child. What took that power away from me? Then I realized I still have that power. My thoughts still are powerful. They may not change the shapes of clouds but they can change the shape of our lives.”

Born in Memphis, Erb explored art as a child before being enrolled at the All Saints Episcopal Boarding School in Vicksburg, Mississippi. A teacher there suggested that she shift her attention from painting to photography. Was it because he noticed that she had some primal fascination with the medium?

She hesitates, laughs, and answers, “No, I think it was probably because I was disruptive in his class. So he stuck me in the darkroom.” 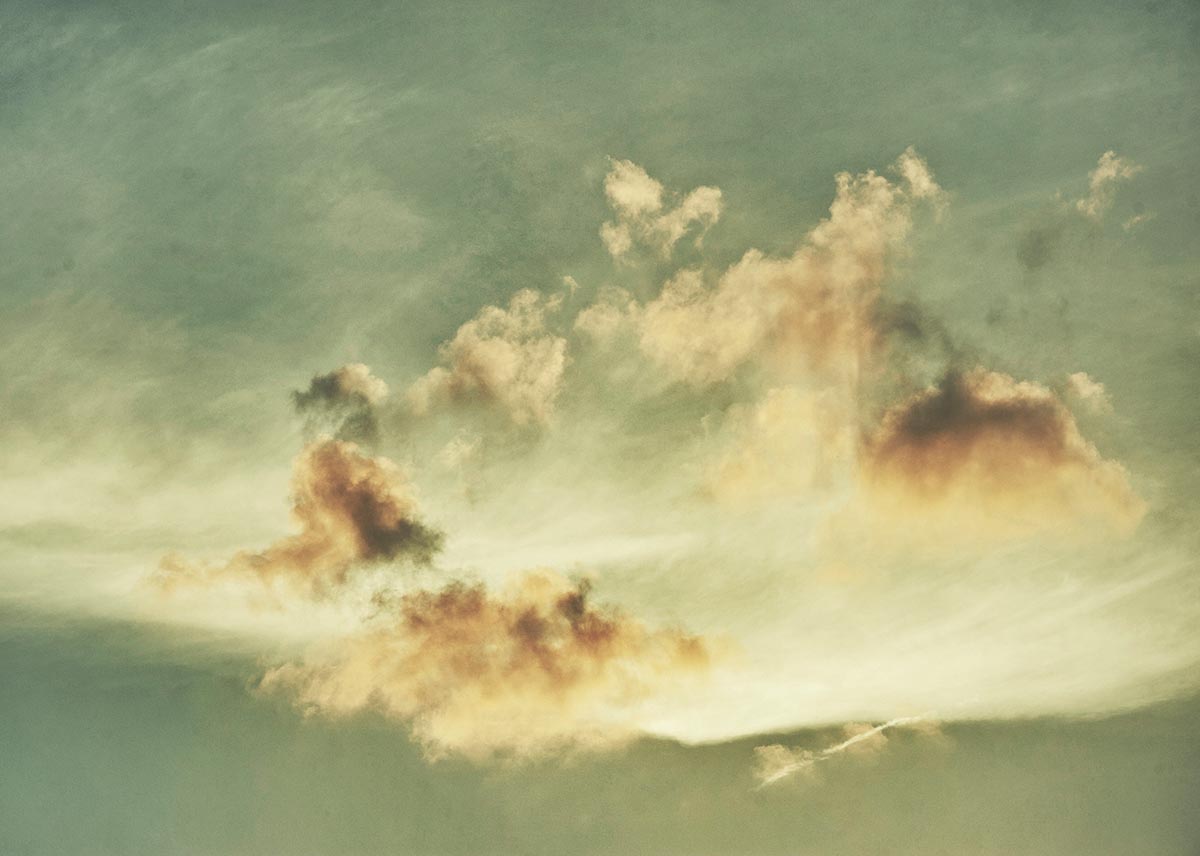 Whatever the reason, Erb sensed immediately she had found her métier. Initially she looked at photographs as wordless entries in a journal, again not to chronicle where she had been as much as to preserve the resonances of her experiences.

While this remains vital to her, she has expanded her intentions to use her work as primarily a process for self-discovery. “All of my work now is a meditation,” she says. “I like to shoot in the moment right after my eye has seen something but before my brain can identify it. It’s a moment without judgment. I try to expand that moment as much as I can.”

An enthusiastic user of digital technology, Erb notes that her love of the darkroom informs her meticulous approach to personalizing her pictures. She prints each photo on watercolor paper, which she attaches to birch boards. Then she adds as many as twenty layers of encaustic wax. Thus she converts a sea-and- cloudscape at the David Lusk Gallery show into nearly a tintype. The effect is to suggest timelessness: This photo might have been forgotten for years in someone’s attic—or snapped through a portal opening toward eternity. 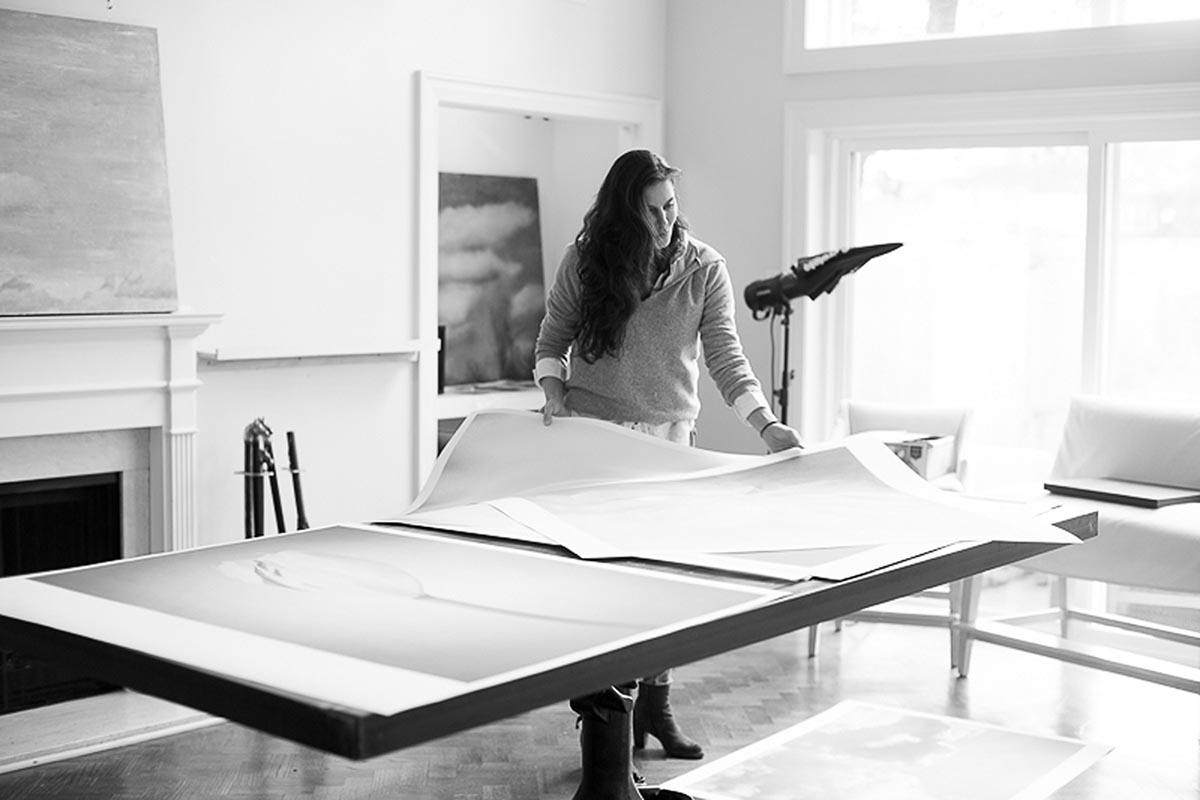 Catherine Erb in her studio

For all the attention she pays to craft, Erb can’t really explain what inspires her to distort or enhance the details in her photos. “It’s all based on what I’m working through at any given time,” she says. Then she laughs again and adds, “But I’ll be so happy when I can figure that out for myself. That’s when we’ll all hear angels singing!”