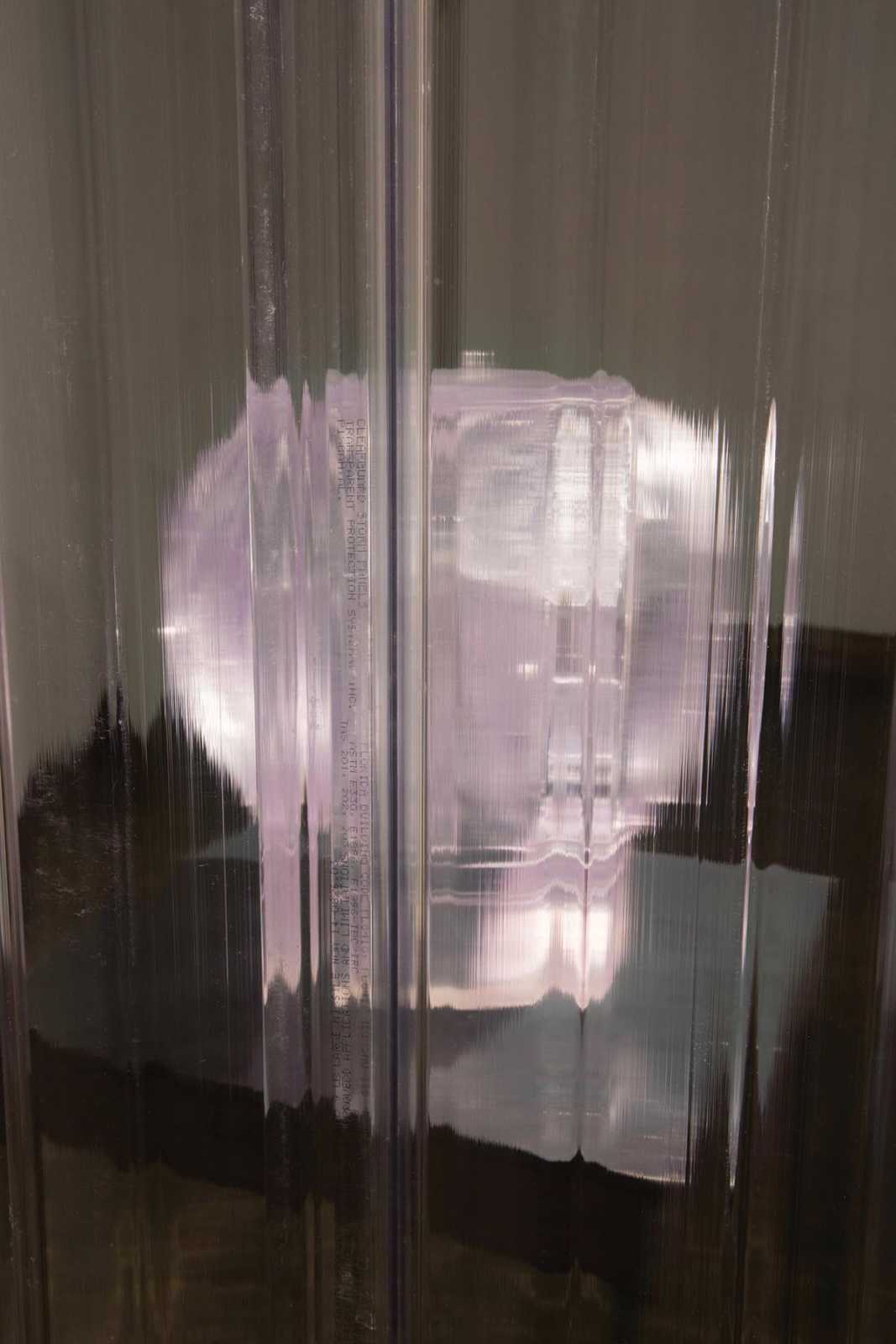 Seed Space gallery debuts Demetrius Oliver: Aeriform, an installation which poetically ruptures the dimensionality of sculpture through deft aesthetic gestures. The New York-based artist is best known for his use of prosaic materials in improvisatory and site-specific installations about atmospheric phenomena—in what he refers to as a process of suggestion. Aeriform is a continuation of Oliver’s metaphoric consideration of everyday materials to envision abstract experiences.

In this site-specific installation, Oliver reinterprets material and sculptural elements occurring in his previous work within the constraints and limitations of the gallery space. The motif of a storm shutter reoccurs in this work as an obstructing barrier; Oliver has nailed a clear industrial storm shutter to the exterior of the doorframe, effectively barring entry into the exhibition space. Its thickly corrugated surface disperses light from a single fixture above. Immediately on the other side of the ridged shutter, an iridescent cast-resin air turbine sits just below eye level on a thin steel pedestal—its lowest shelf is occupied by a chrome turbine of the same size.

In a poetic and frustrating conflation of screened visibility and limited physical access, Oliver, through disabling the only function of the doorway—a mechanism for transitioning into a new space—has transparently rendered the entrance symbolic and obsolete. Viewers spatially orient themselves several feet from the entry of the gallery, viewing Oliver’s sculptural intervention in the context of its extended environment, an action which effectively shifts the physical domain of the gallery beyond the space it normally occupies. 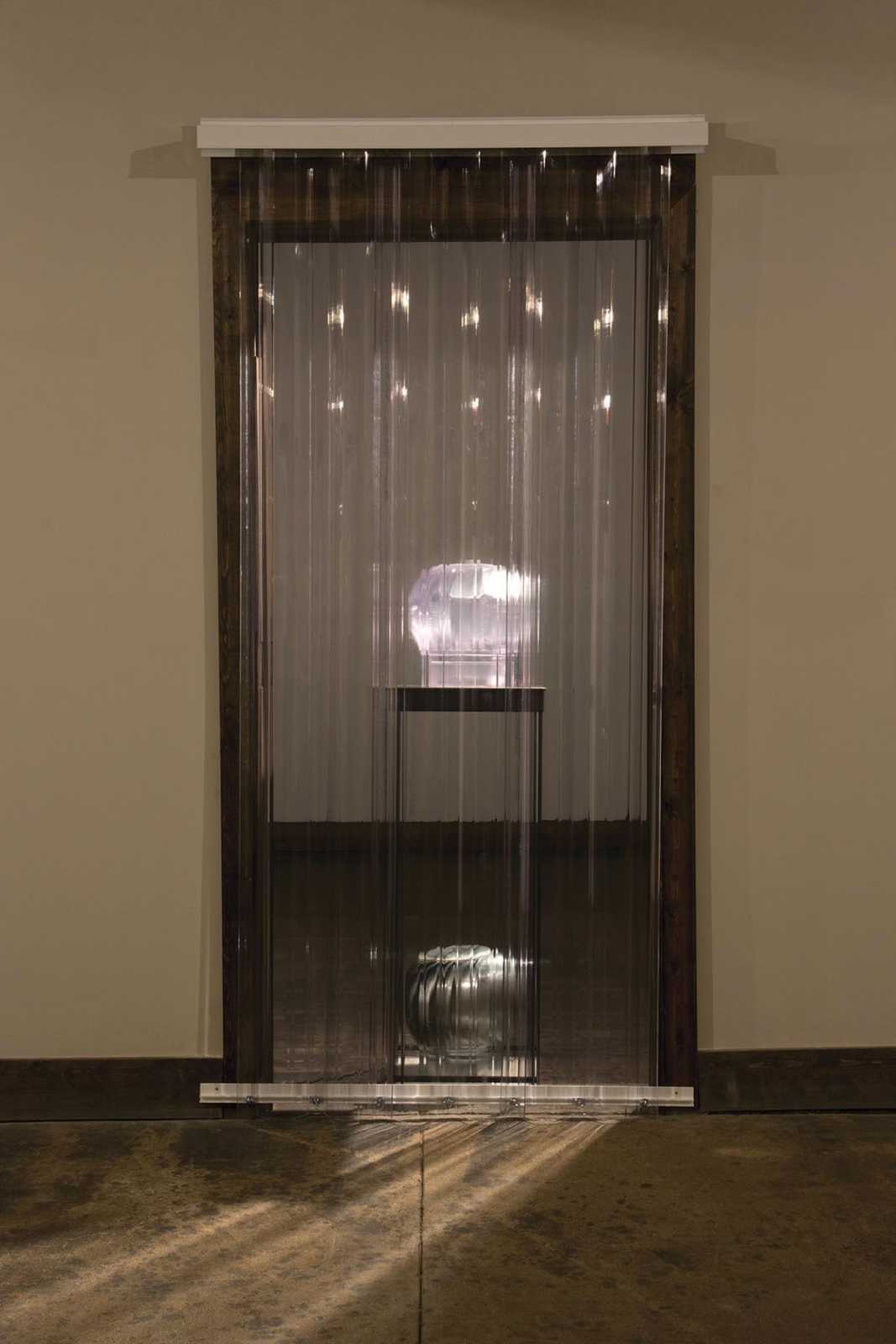 An astute example of Oliver’s penchant for materiality, the use of the storm shutter curiously situates Aeriform as both photographic and sculpturally resonant. Sealing the work along a two-dimensional plane, the shutter visually flattens the physical space the work occupies, but in its translucency recalls the foreseeable depth of the room beyond. Likewise, the close proximity of the figurative sculpture to the other side of the shutter denotes a sense of unresolved confrontation—compelled to approach the sculptural piece that dominates the frame, we are unable to occupy the same space, and our vision is impaired by a screen.

Oliver’s poeticism in Aeriform derives from a series of concise denials: The space is un-enterable; the doorframe is closed; the storm shutter mediates our pure vision of the sculptural work behind it, and the air turbines do not move. His allusion to the conduction and preservation of air through the turbines and the sealed storm shutter denotes an expectancy, or resolve, of possible functionality, yet it is motionless and unburdened by real-life application. The final resonance of Aeriform is like much of Oliver’s work— singular, lyrical, and with imperceptible depth.

Demetrius Oliver: Aeriform is on exhibit at Seed Space through September 23. For more information, visit seedspace.org.