“We tend to think of Elvis as this rebellious figure, but he actually had a deeply ingrained respect for authority.” 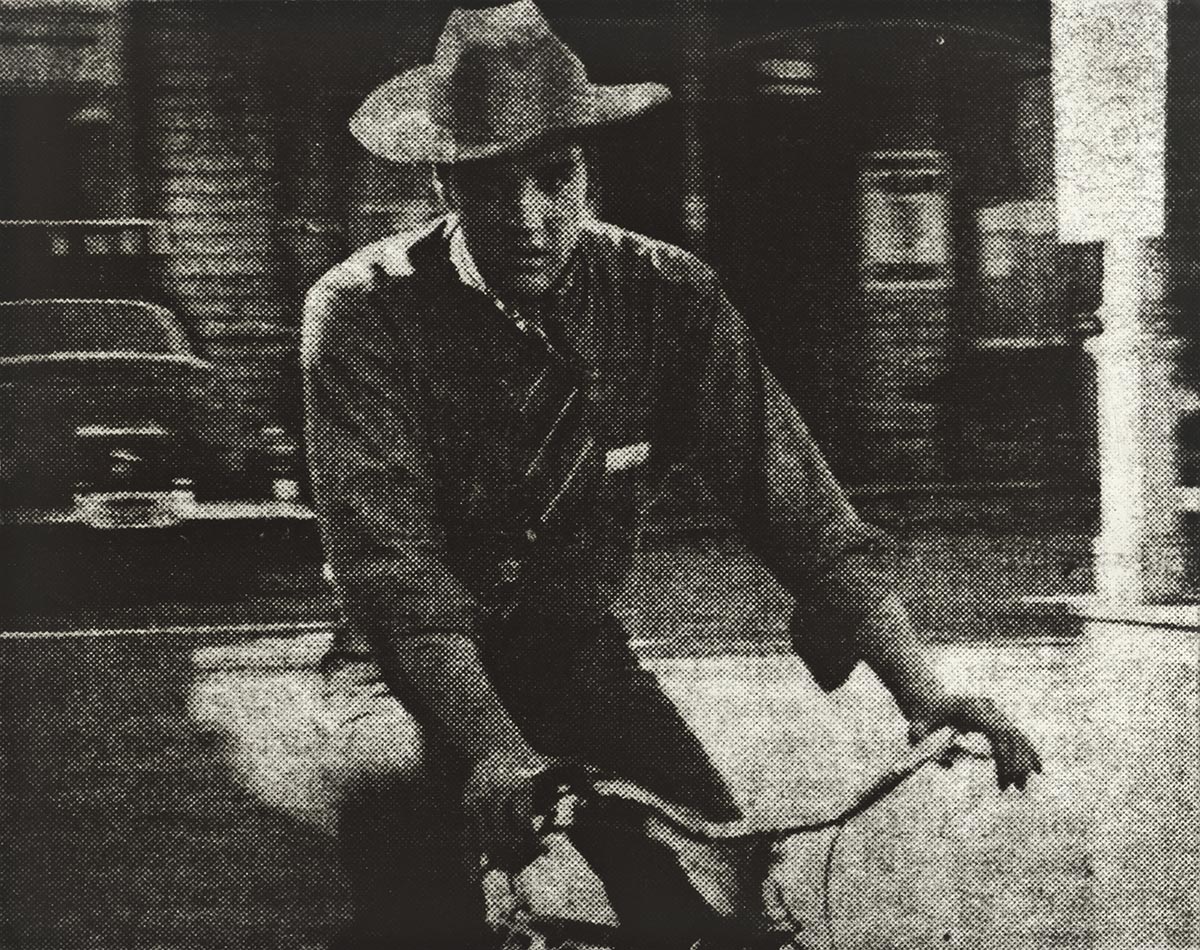 Leonard Bernstein, the famed conductor of the New York Philharmonic, knew a thing or two about cultural trends. His unorthodox, provocative statements often raised eyebrows. But one pronouncement he made in the late 1960s caused a real stir.

During an animated conversation with a Time magazine editor, Bernstein declared that Elvis Presley was, without question, the most influential cultural force of the 20th century. Time’s stunned editor protested. Surely Bernstein, a paragon of high-brow seriousness, must consider creators like Picasso and Stravinsky to be more important than the garish hillbilly from Tupelo, Mississippi. But Bernstein persisted.

Elvis changed everything, Bernstein said. He changed our sense of fashion and our hair. And he completely changed our sense of musical syntax and grammar. In so doing, Elvis had managed to tap directly into the America soul, and nothing would ever be the same again. Bernstein wasn’t the only cultural figure to recognize Elvis’s preeminence. John Lennon also worshiped the King, noting that “before Elvis, there was nothing.” 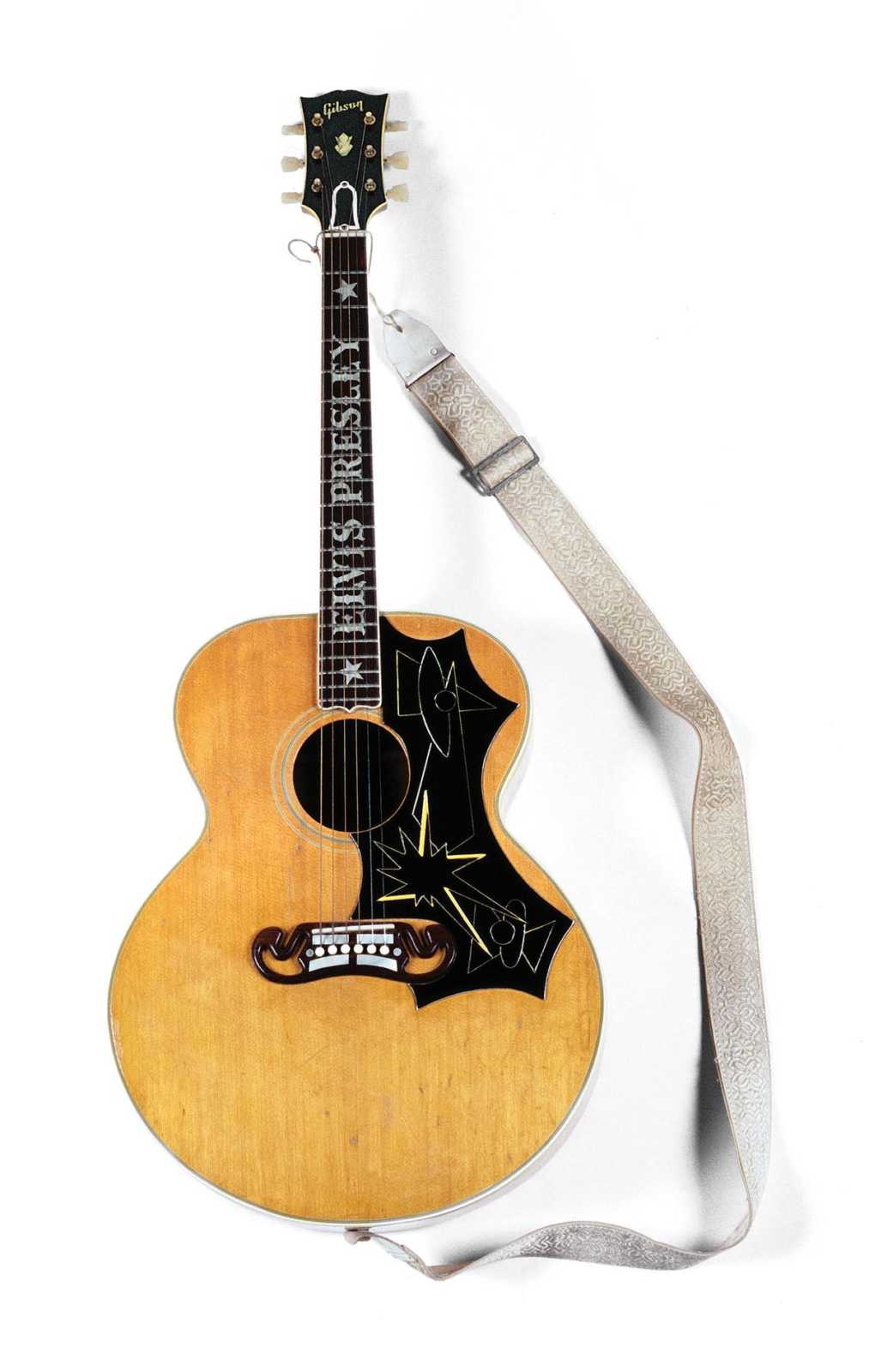 Since his death in 1977, Elvis has achieved legendary status, which in turn has made it easy to forget that he was once a living, flesh-and-blood human being. Jeff Scott has made it his mission to discover the real Elvis. A photographer and filmmaker who recently relocated from Austin, Texas, to Nashville, Scott is the author of Elvis: The Personal Archives. The book documents the artwork Scott created in the early 2000s after he received from Presley’s estate unprecedented access to the King of Rock ‘n’ Roll’s personal effects. For Scott, the project was the fulfillment of a lifelong dream.

“I’ve been fascinated with Elvis my whole life,” Scott tells Nashville Arts Magazine. “As a kid, I would dress like him and was teased for it. Later, as an artist, I became concerned that we might lose sight of Elvis the man. Elvis has been put on a pedestal. He’s become an icon. I thought the best way to find the real Elvis was to examine the things he used, the things that were important to him in life.”

What Scott discovered was a complex man whose personal obsessions often contradicted his public image. The work that perhaps best illustrates this dichotomy is Object of Authority. The work superimposes Elvis’s pearl-handled Colt 45 handgun on top of his honorary narcotics officer badge, the latter a prized possession that the King received after visiting President Nixon in 1970.

“We tend to think of Elvis as this rebellious figure, but he actually had a deeply ingrained respect for authority,” Scott says. “He was fascinated by police officers and collected police badges. He was also fascinated with guns and loved doing target practice with his friends in the backyard of Graceland.” 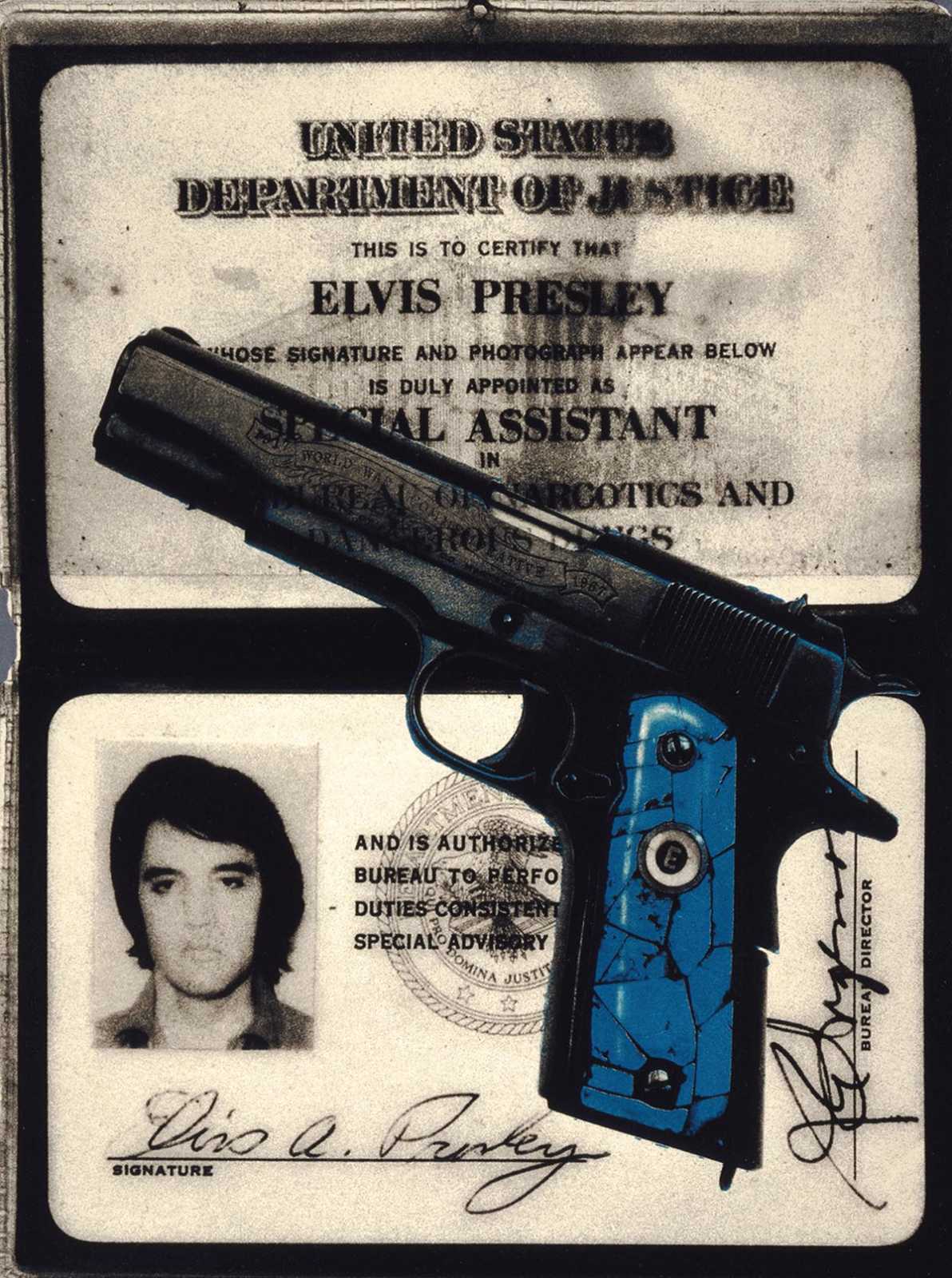 Naturally, Elvis’s favorite gun was a lethal emblem of authority. The weapon, with its turquoise pearl handle, is the kind of sidearm one would expect to see on a flamboyant general like Douglas MacArthur—or on a rags-to-riches rock star.

The trappings of success were obviously important to Elvis, who grew up as an impoverished child in the poorest state in the union. So, when he achieved stardom, he embellished some of his favorite possessions with gold. His grand piano, for instance, boasted a golden sheen. And he spoke to his intimates on a gold telephone.

“The gold telephone was in Elvis’s bedroom, and it was special to him,” Scott says. “He wouldn’t talk to just anybody on that phone, only to loved ones like his mother and his wife, Priscilla.”

The Presley estate allowed Scott to see everything. Interestingly, some of the most revealing items were among the most seemingly banal. These included his toiletry kit, immortalized in a photo Scott titled Hai Karate Still Life.

There was nothing regal about the accoutrements of the King’s personal hygiene, all mundane items that were readily available at any Memphis five-and-dime store. That said, Elvis’s comb and razor have his DNA on them. “You don’t get any more human, any more real than that,” says Scott. 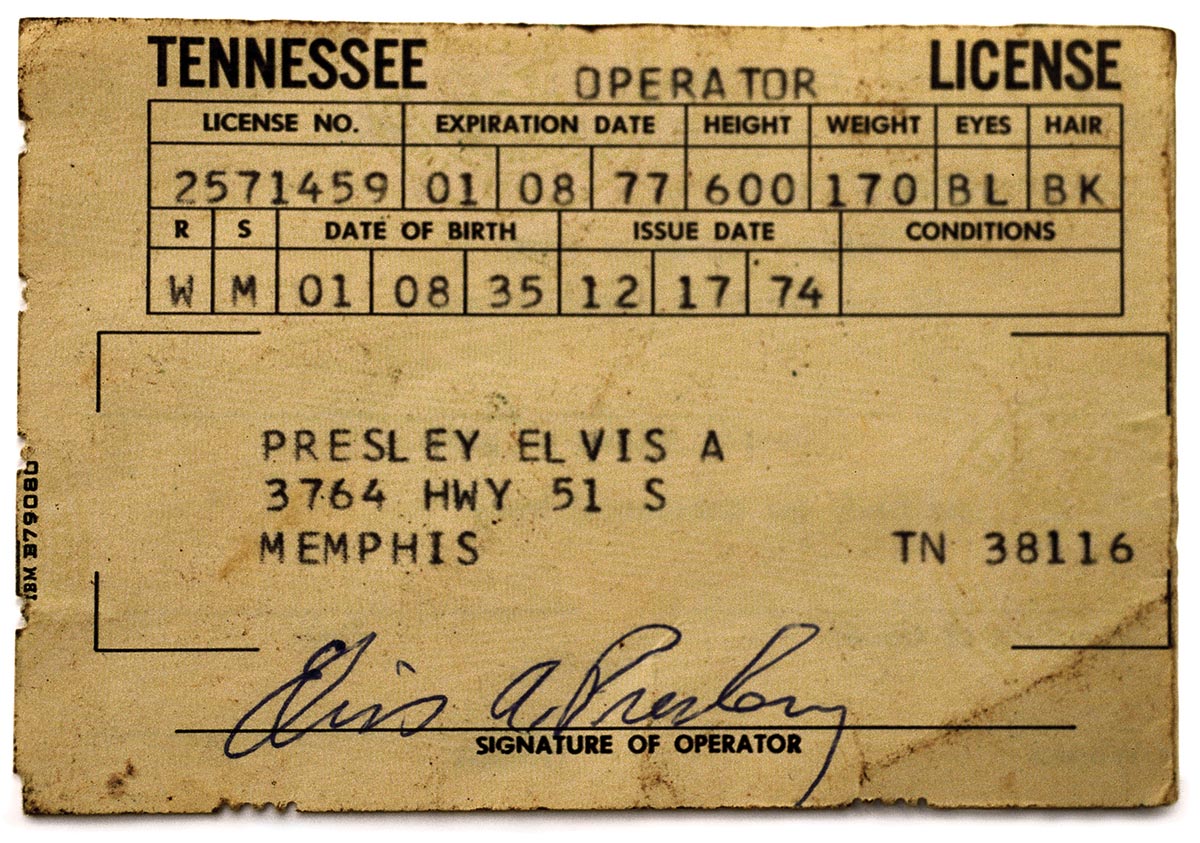 Another everyday item that left an impression on Scott was Elvis’s Tennessee operator’s license. Clearly, for a man who drove a commercial truck before acquiring a fleet of Cadillacs, an operator’s license was a thing of importance. “The license is very personal, because it has Elvis’s signature on it,” says Scott. “It’s also striking because it expires the same year Elvis died.” 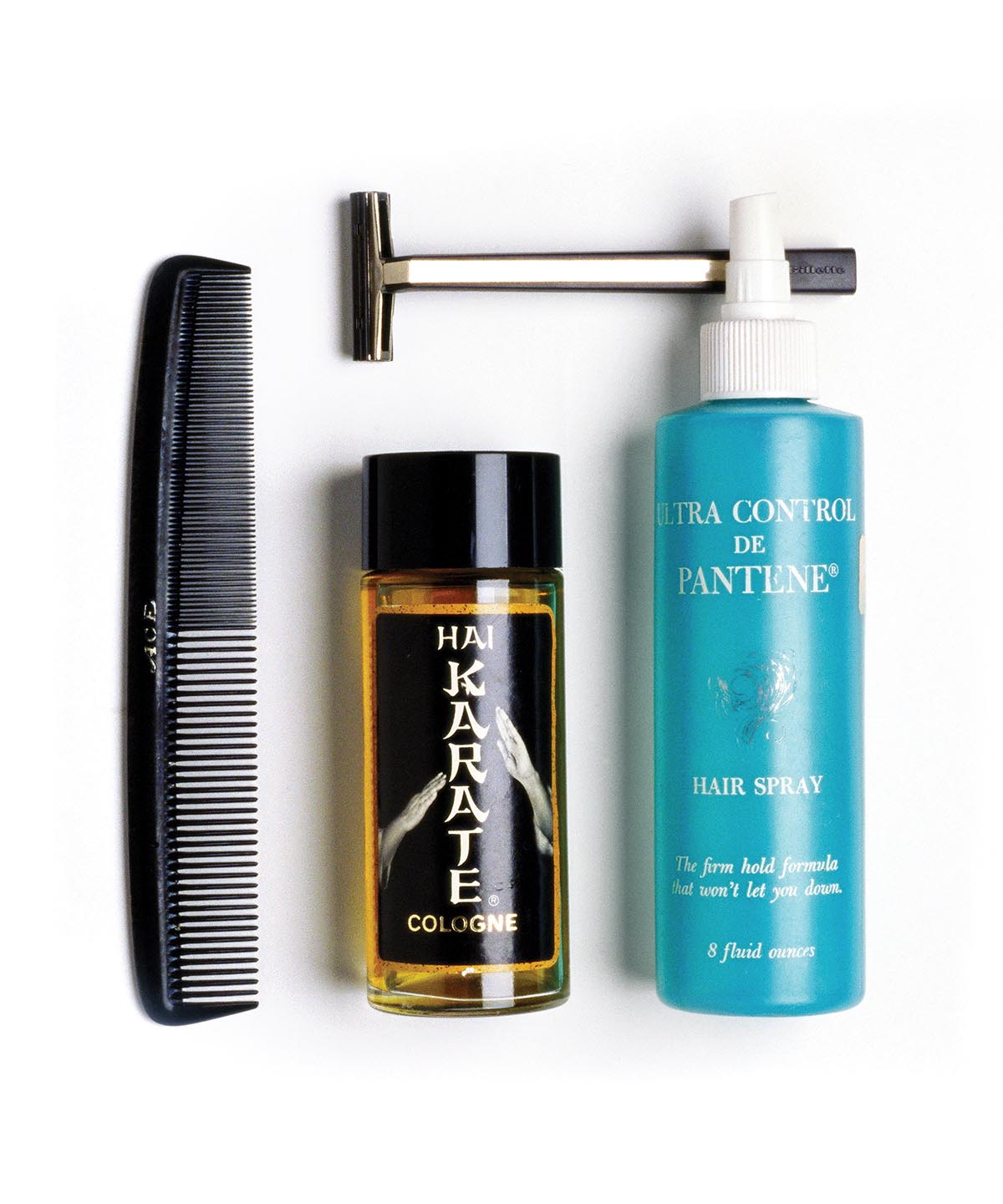 Perhaps the most revealing thing about Elvis’s possessions is the percentage of them that he gave away. “At the end of the day, Elvis gave away to friends more things than he kept,” says Scott. “He was, essentially, a very generous man.” 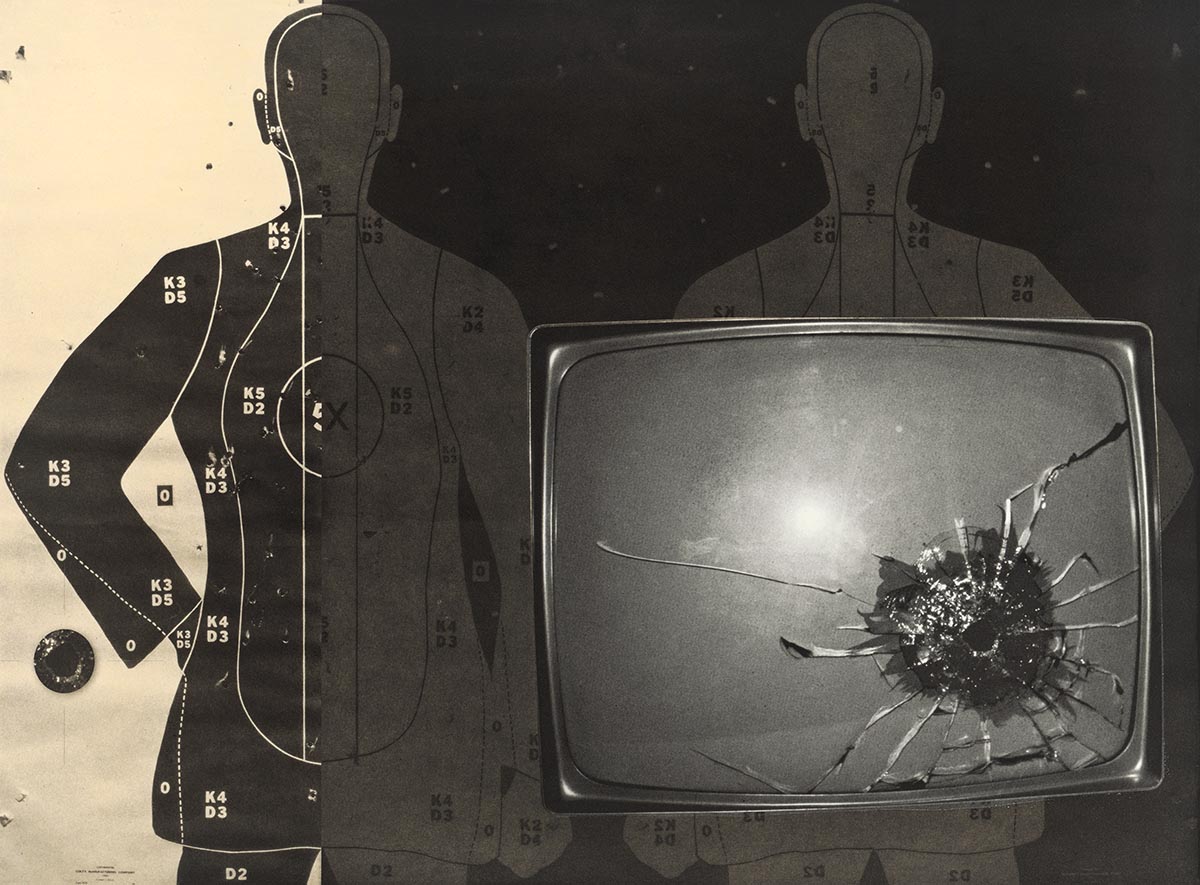 Jeff Scott is represented by Tinney Contemporary, www.tinneycontemporary.com. See more of his work at www.jeffscottstudio.com. 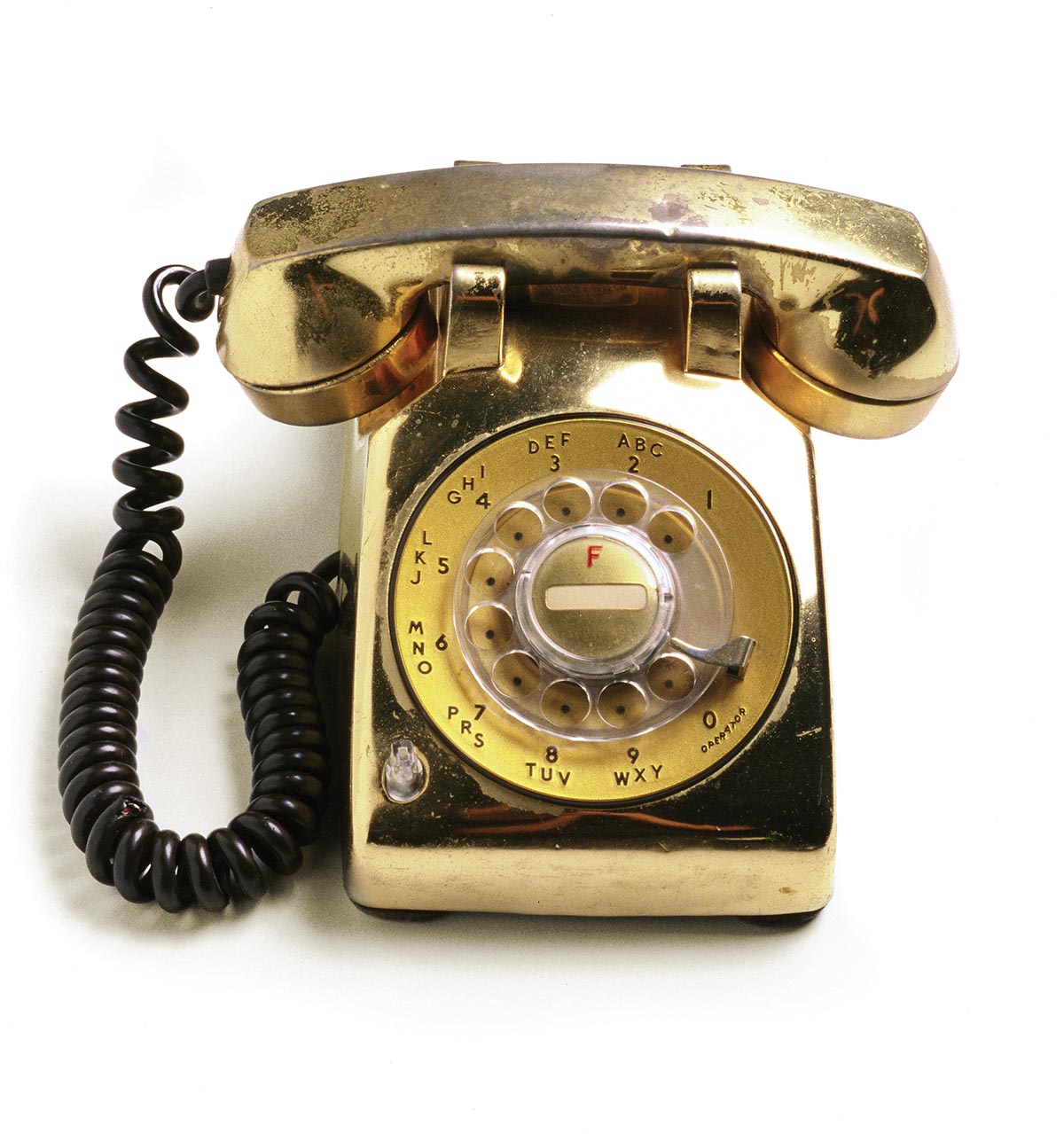