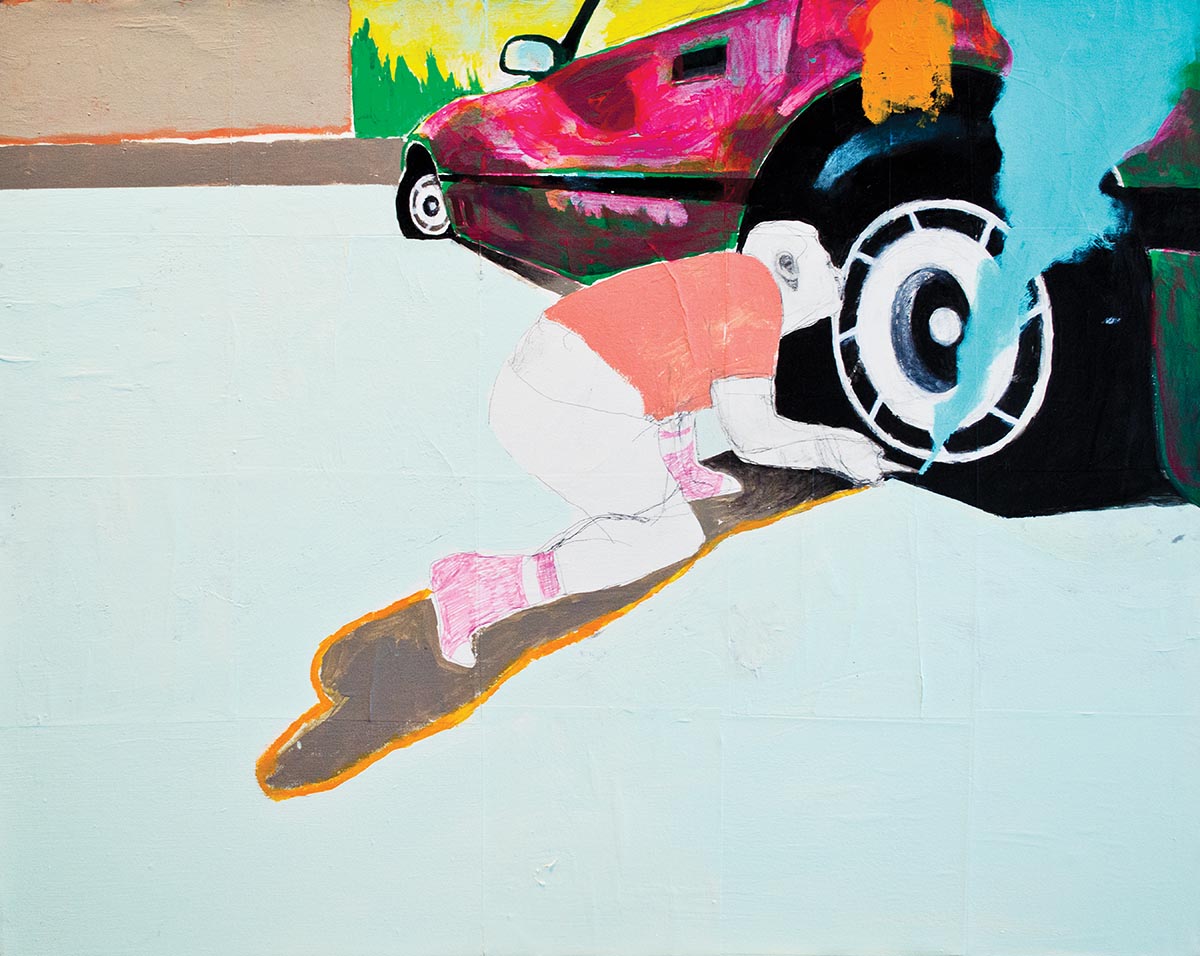 The Retirement Party, showing at David Lusk Gallery, is a compilation of work completed over the last two years. I started the work while living in Nashville, continued it during a yearlong residency in Baltimore, and finished it after moving back to my hometown of Cincinnati. The ideas behind the work have evolved over the span of political climates, environments, and influences. It’s interesting how much can happen in two years. I see this show as a retirement of ideas and a retirement from my career as a working artist.

I’ve always been an artist; from a young age I loved to draw. My grandma was an art teacher; she was very good, and I used to sit and watch her paint and experiment. As a kid I would draw teenage mutant ninja turtles and recreations of civil war scenes and the battle of the Alamo. Not long ago my mom opened a big old Tupperware container with all of these drawings. I hadn’t seen them in years, and I was shocked at how little my content and style had changed. 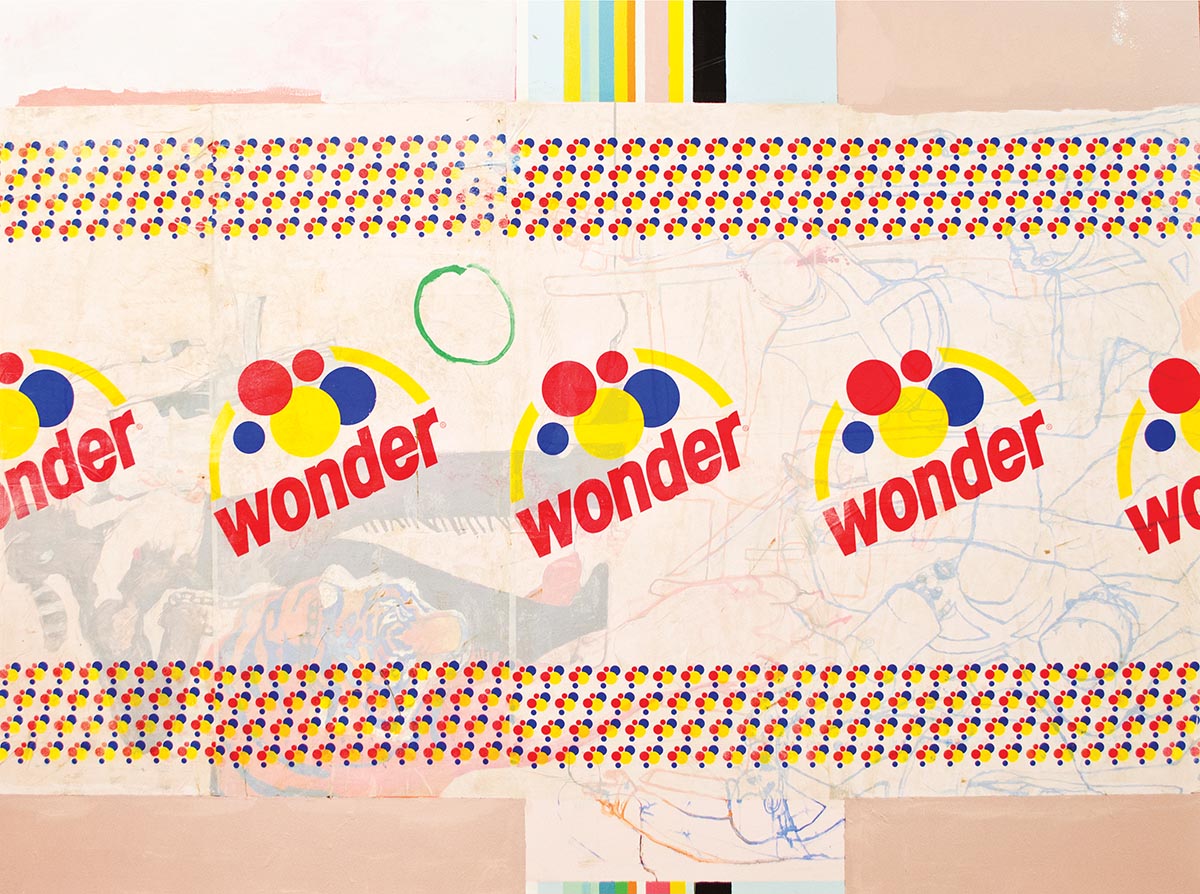 I’ve been out of grad school for a few years now, and through my education I’ve learned all different techniques and mediums. I’ve made art about all the bullshit that you learn in grad school, the philosophers and Marx stuff that no one cares about when you graduate. When it’s all said and done, with no advisors or teachers left in your ear, you go back to who you are, the basics of what you like and what you want to do.

Most of my work is autobiographical in some sense, which is mostly just interesting to me. Out of the 60 or so pieces in the show, each piece could come from a totally different place. I remember finding my first few gray hairs, so for a couple of months my work reflected that whiny anxiety of getting old. I’ve since found more hairs and no longer do art about that. About a year ago there was someone I was angry with—I thought about slashing their tires but did a painting instead. So that’s in there. When you look at the work as a whole body, which is how it should be viewed, it sort of becomes an absurd caricature of this masculine white guy mentality. Maybe poking fun at myself and poking fun at the strange state of where we are as a country. I stay away from political-based works even though it is very current. It’s a saturated market and seems like low-hanging fruit, though it’s almost impossible not to let it seep in there somehow. 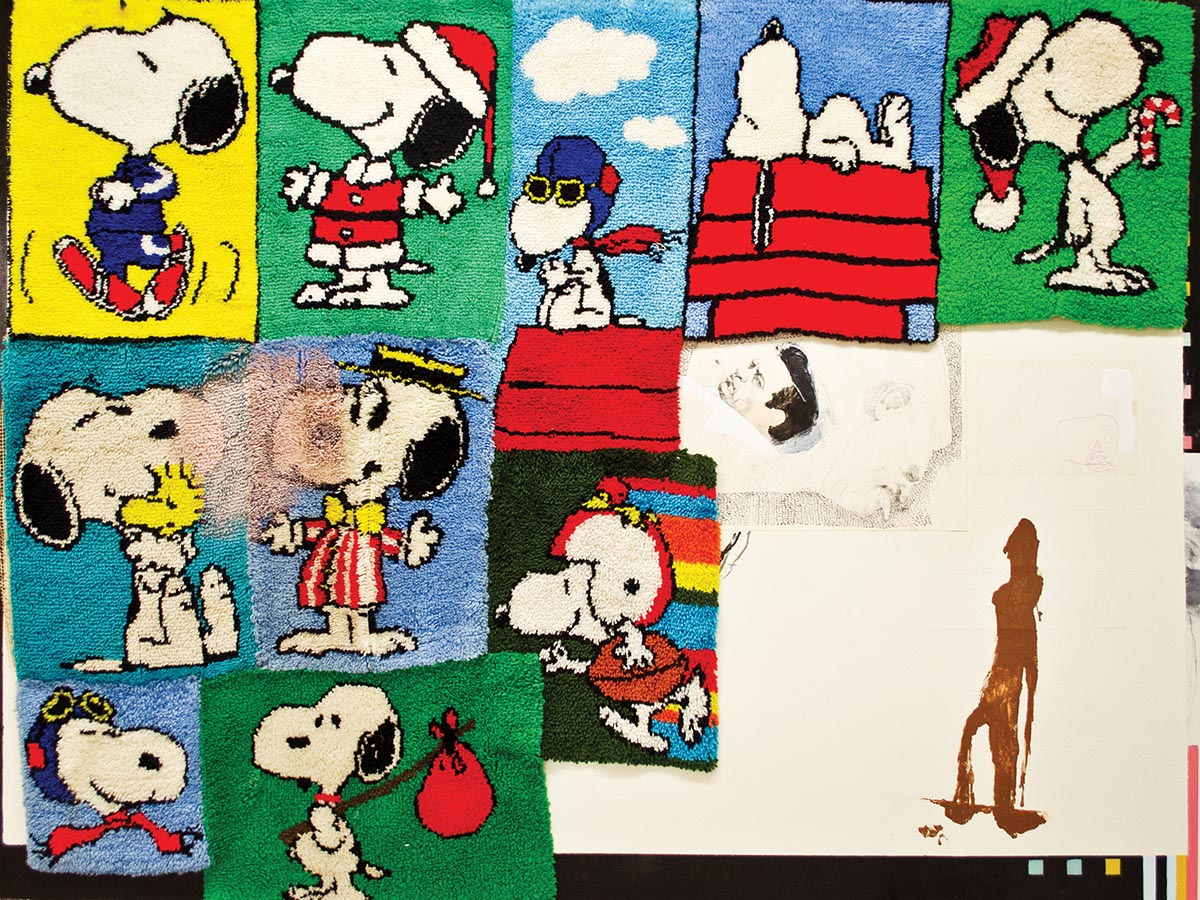 I remember being invited to be a guest critic for a graduate program at a big university out east. The school was impressive. I walked through the halls past the engineering department, looked in through the doors, and watched them working on these incredible machines, things that seemed like they could change how we actually live. Very tangible stuff. Then I went to the art critique where a girl rubbed pudding all over herself and the walls and talked about how it was referencing the oppression of people in a country she had never been to. The other members on the panel told her how brave she was. 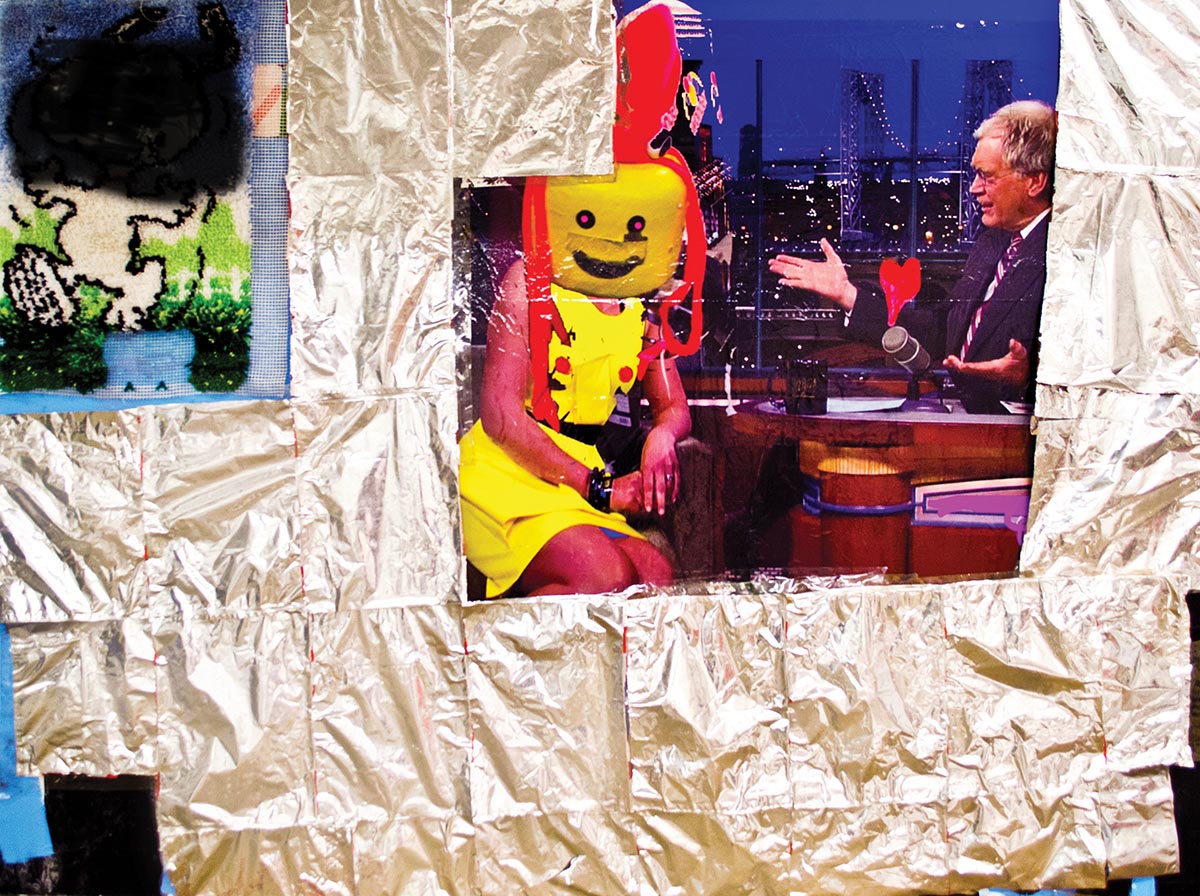 Everything flashed before my eyes. I thought, crap—what have I got myself into? In art, I’ve heard the term brave used plenty of times in situations similar to rubbing pudding on yourself. I often think of my father-in- law who had his jugular sliced in Vietnam from shrapnel off of an exploding helicopter. Being an artist, I’ve been to plenty of critiques and classes and shows like that, and I’ve participated as well. But on that particular day for some reason, that began the end for me.

It’s been fun. David Lusk has been great, letting me show my weird art however I want to show it. I love to make movies, but that’s expensive. I may start painting flowers or do a children’s book. In the meantime, I like my 9-to-5 job and the routine that comes with that. I am going to paint my house and work on my gutters. 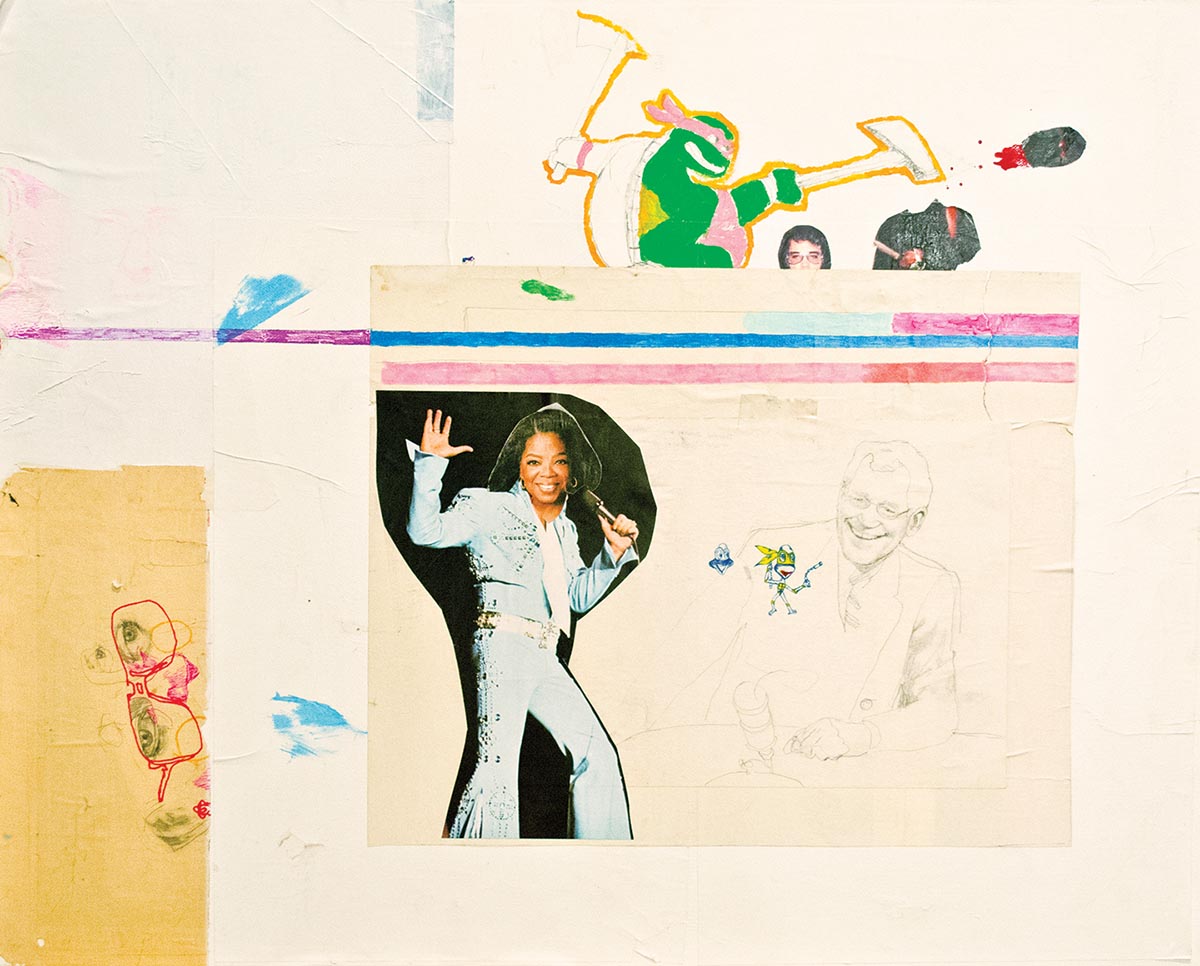 Tyler Hildebrand’s exhibit, The Retirement Party, is on view August 1 through 26 at David Lusk Gallery. An opening reception is slated for August 5 from 5 until 8 p.m. For more information, visit www.davidluskgallery.com. See more of Hildebrand’s work at www.tylerhildebrandart.com. 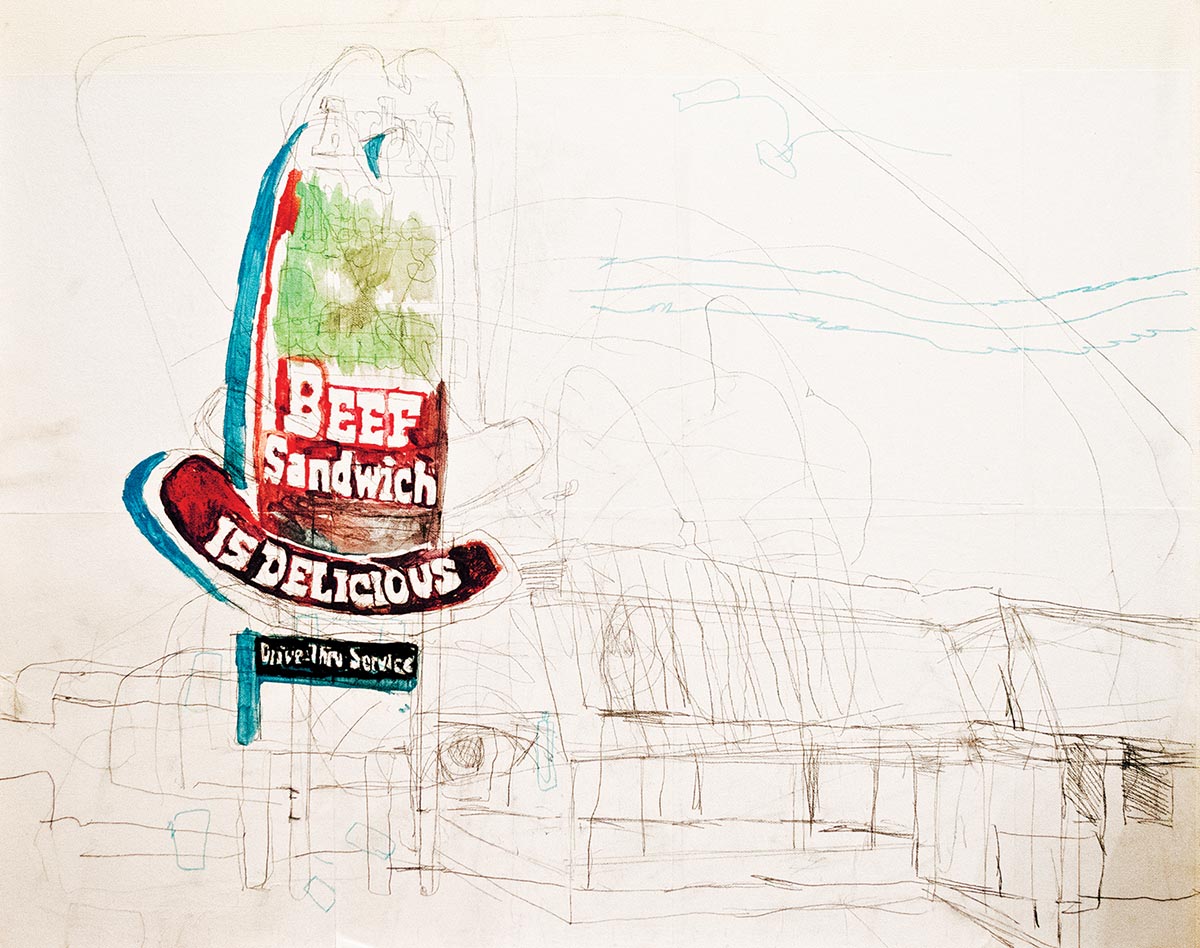 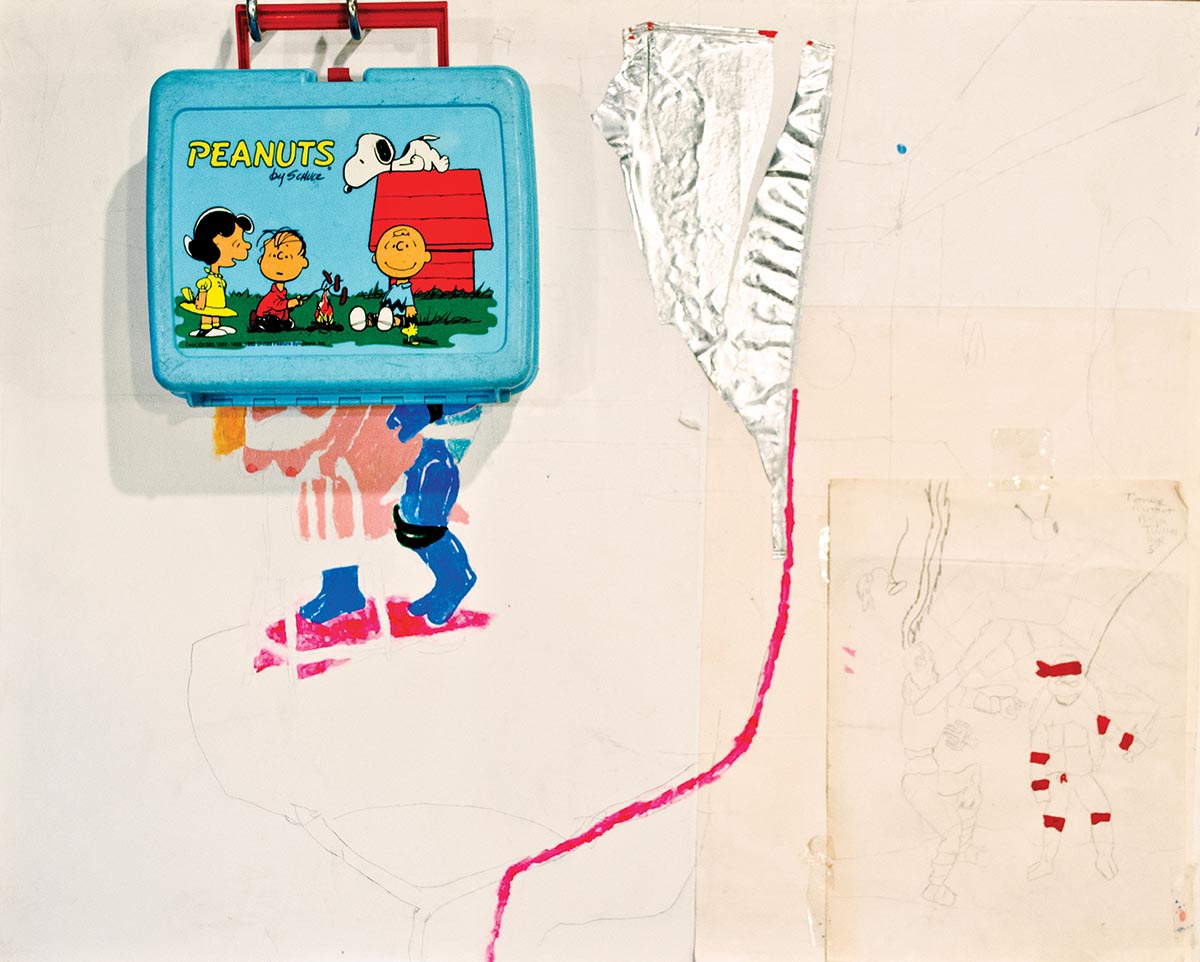