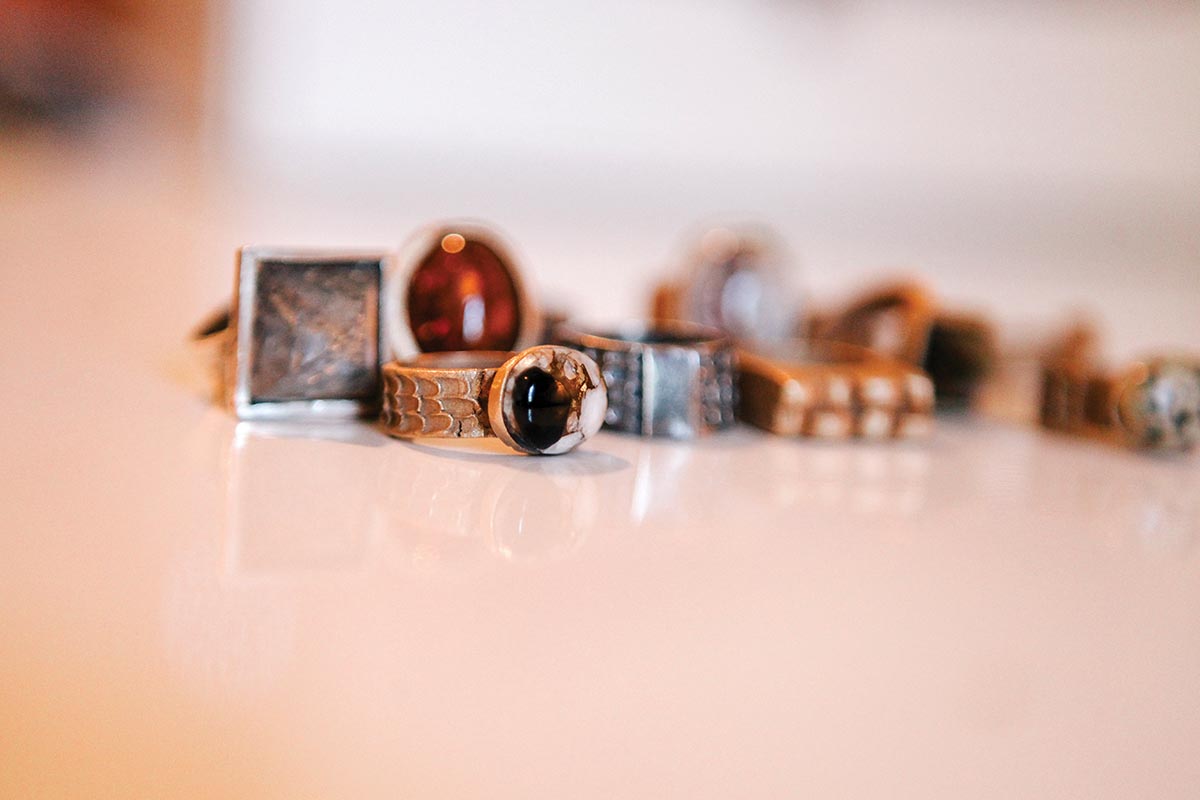 The fashion catwalks are polished with the stories that inspire designers’ collections. John Galliano’s mad muse for one Dior couture show was Marchesa Luisa Casati, the chatelaine of villas filled with pet cheetahs and legendary gowns and an heiress who inspired scores of paintings. In 2000, John Bartlett’s womenswear collection was inspired by the eccentric duo Edith Bouvier Beale and Edie Bouvier Beale of Grey Gardens, whose eccentricity was burnished in the Hamptons mansion that was a raccoon-infested repository for their tattered fashions from days gone by. 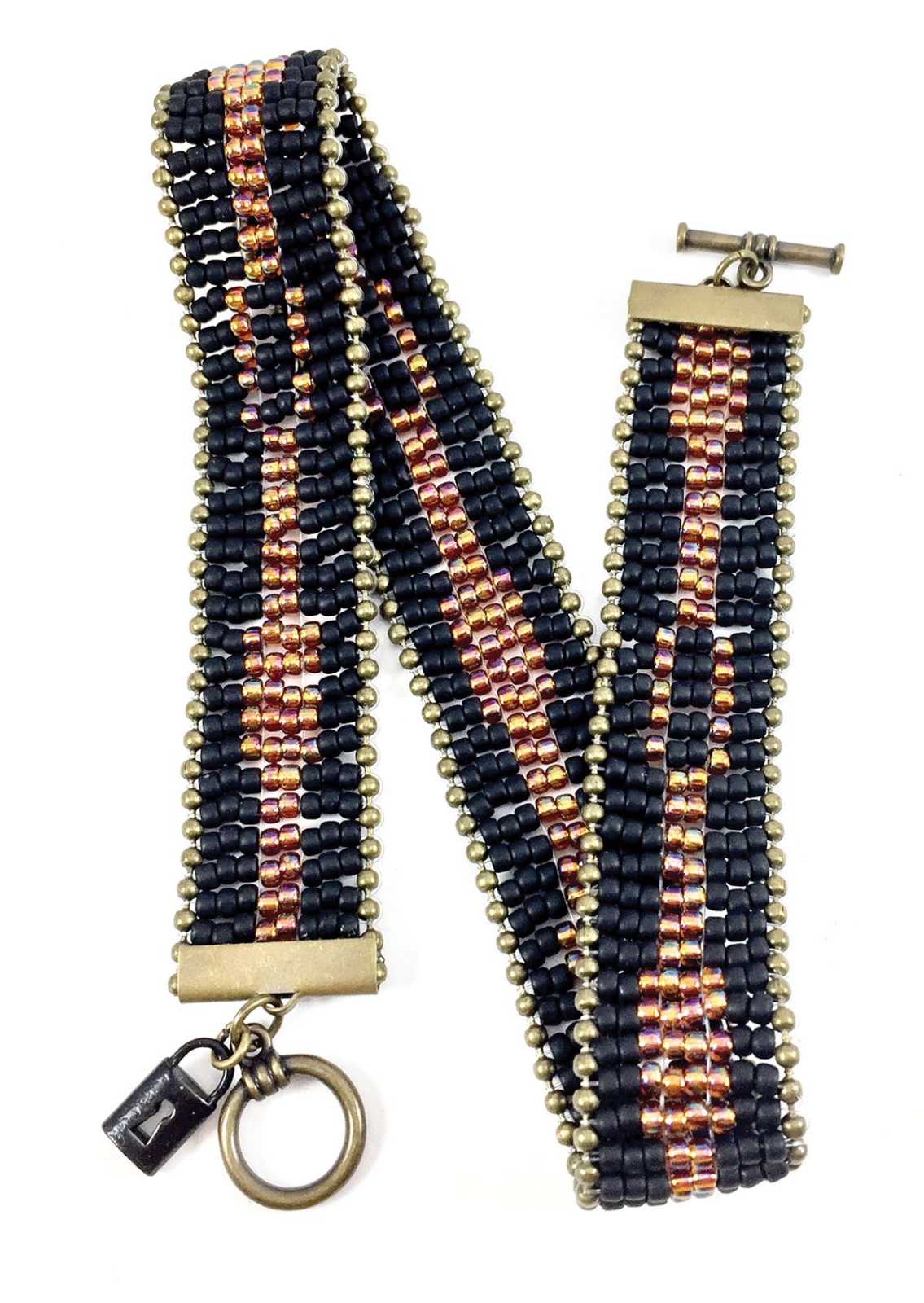 But ask any fashion journalist who is the grandest storyteller of all and the answer will likely be Ralph Lauren. Not only did Lauren, a poor lad from the Bronx, change his name from Ralph Lifshitz, he has long created fashion collections based on worlds inhabited by elegant muses. A privileged prep-schooler. A bohemian adventuress. An aristocrat from Downton Abbey. Lauren’s $5.4 billion empire was built by stories about aspirational characters, each one possessing the cloud-piercing cachet of a natty wardrobe.

And that is where Nashville jewelry designer Tony Perrin, of Lock and Key, comes into the story, for he worked for Ralph Lauren in New York City. “Ralph’s a little Jewish man from the Bronx, and I happen to be a little Jewish-Italian man from Los Angeles,” Perrin says of their similarities.

“Working for him was really an amazing learning process for me. It’s marketing genius really, creating those dreams. And I really love the art of storytelling.” Perrin helped rig Ralph Lauren’s “creative war room” with props and illustrations so that the famous designer was inspired to create a new collection. “He would have to be able to walk in and see ‘the movie’,” Perrin says. 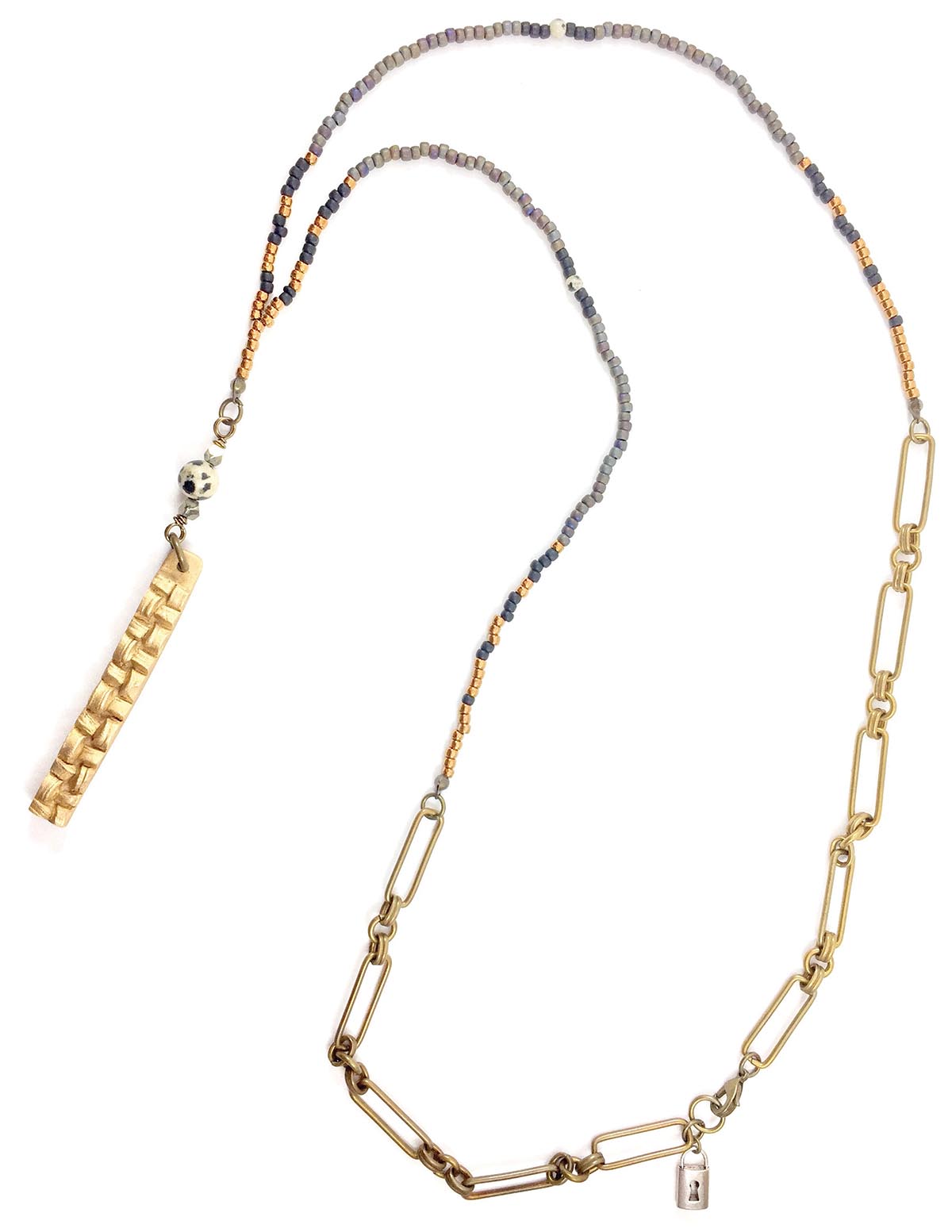 Born in Southern California, Perrin attended New York University as well as the Fashion Institute of Technology, also in New York City. He has a steamer trunk of talents; he has worked professionally in dance, fashion design, textile design, costume production, yoga instruction, and college lecturing.

But now Perrin is focused on promoting the handmade artisan jewelry of his line, Lock and Key, which celebrates his love of storytelling that emerged at Ralph Lauren. His designs have an organic and sculptural nature, which he creates by merging techniques such as Native American beading and the classic ball-and- chain methods. “It gives it its own voice and makes it more modern and slightly industrial,” Perrin says. 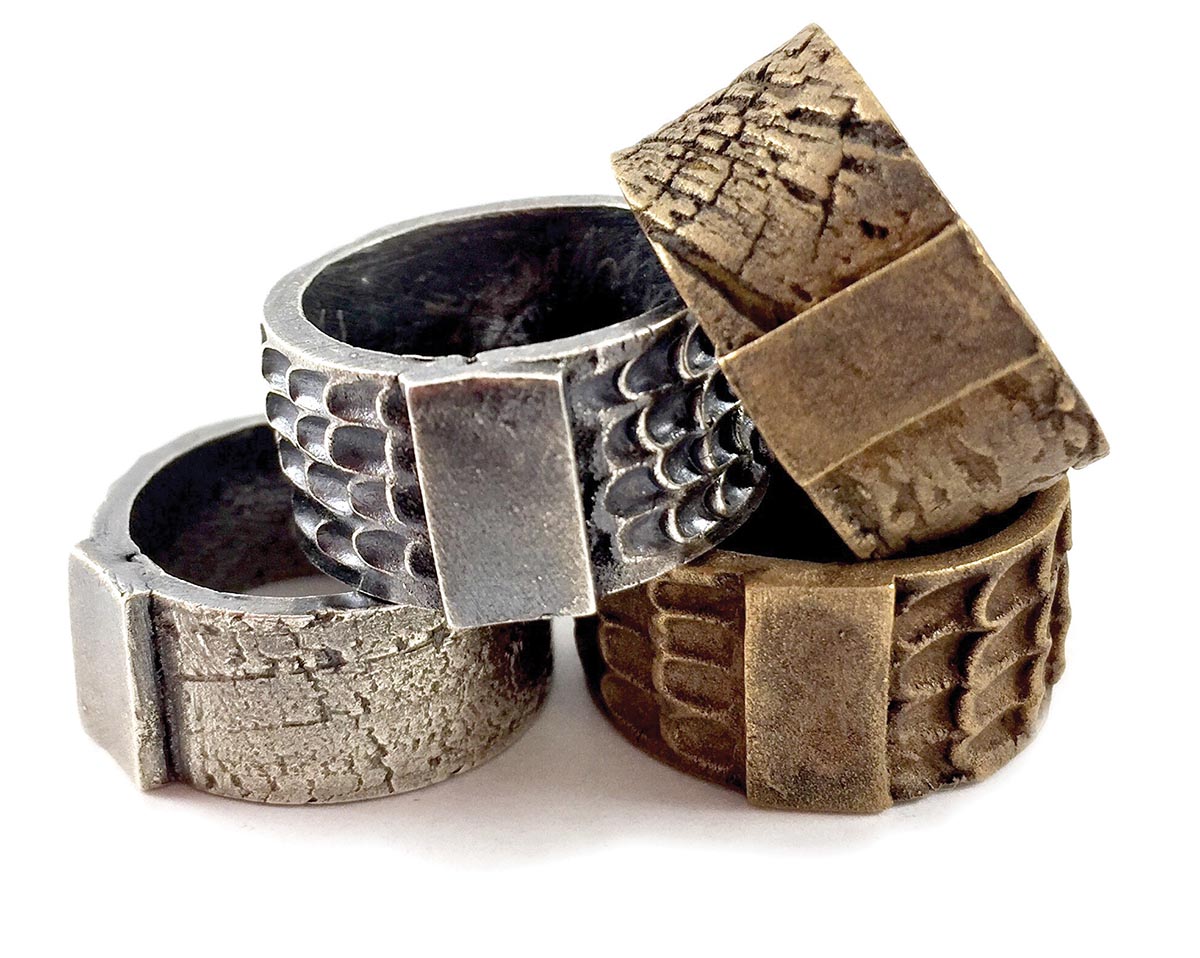 “I definitely focus on art jewelry. Mine will never be a mass commodity jewelry product. I’m definitely a small-batch artisan.”

Perrin’s muses are performers, dancers, or intriguing people. Individual jewelry styles are inspired by such luminaries as Harry Houdini, Josephine Baker, Hedy Lamarr, Grace Kelly, Zelda Fitzgerald, and Josephine Baker. When people see his jewelry at trunk shows or at festivals, then chat with him, seconds become minutes of intrigue.

“It takes the person from three seconds of interest to maybe five minutes,” he says. “That, to me, is a success to continue a conversation with my consumer.” 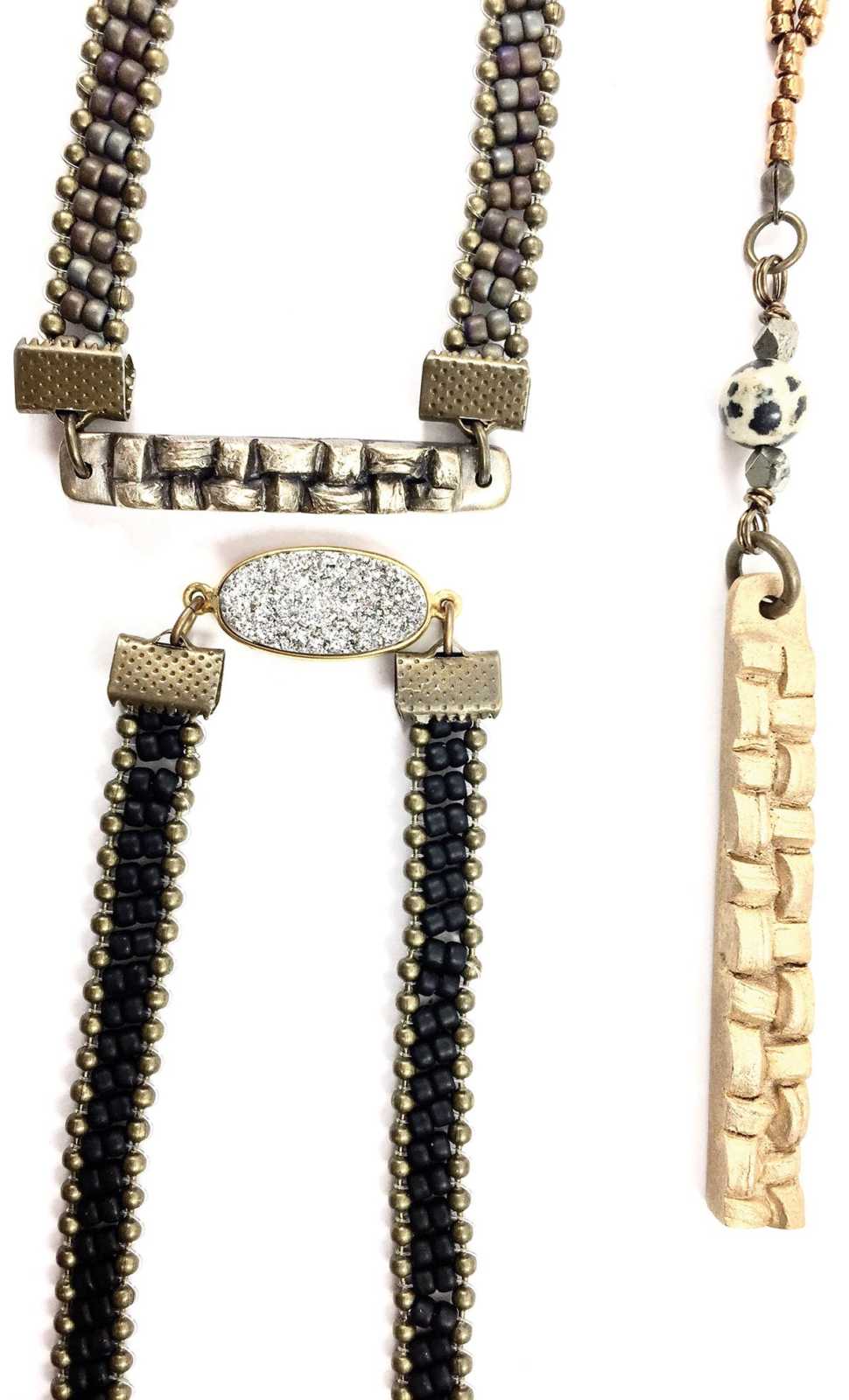 For his fall collection, silver-screen siren Hedy Lamarr is the muse behind a beaded necklace adorned with a dramatic stone pendant. As Perrin points out, Lamarr invented frequency-hopping technology that was initially used by the military, then later in wireless technologies such as cell phones. “Hedy Lamarr always intrigued me,” Perrin says. “Come on—genius!”

Josephine Baker intrigues him, as well. Sure, she performed the exotic “banana dance” for the Ziegfeld Follies, but she was also a spy for the French Resistance during World War II.

Then there’s the Tudor queen Anne Boleyn, who inspired a loose choker made of black and copper beads. Students of art history will recall the famous painting in which Anne wore a pearl choker from which a gold “B” dangled. “How could I not name it after Anne Boleyn?” Perrin says.

Perrin’s techniques are steeped in the past; he unlocks them to bring them into the future. In college, he inherited a loom from a family friend, Native American Frank “Frankie” Perez, who had taught him the artisan tradition of bead weaving when he was only ten years old. Perrin has brought that age-old method of bead weaving to his jewelry-making techniques. 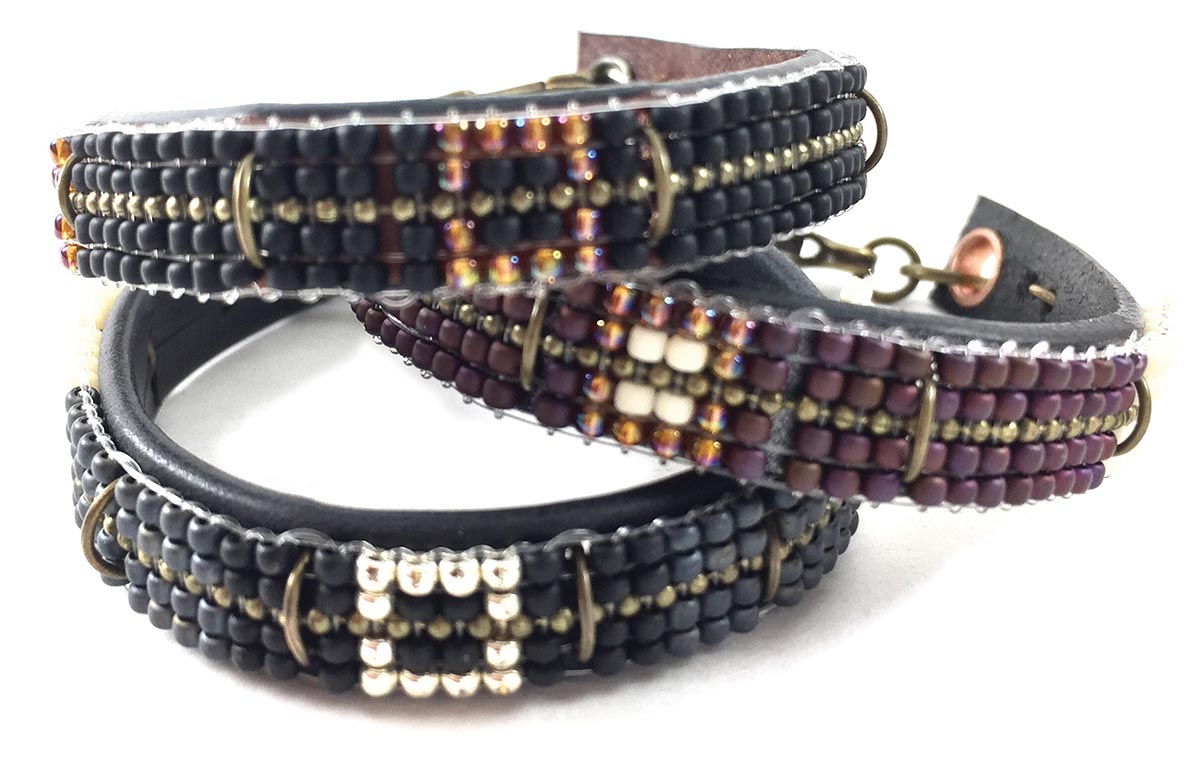 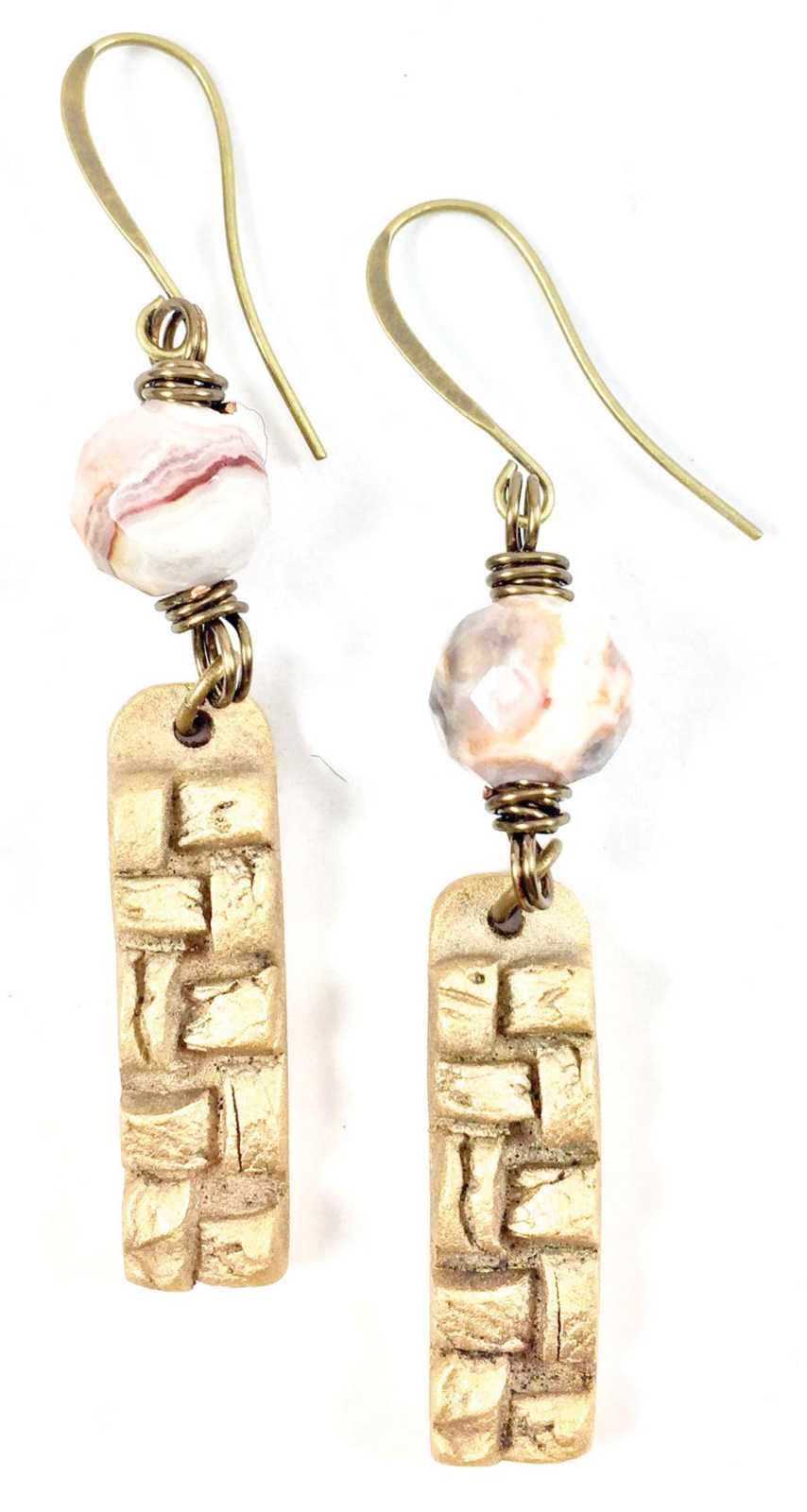 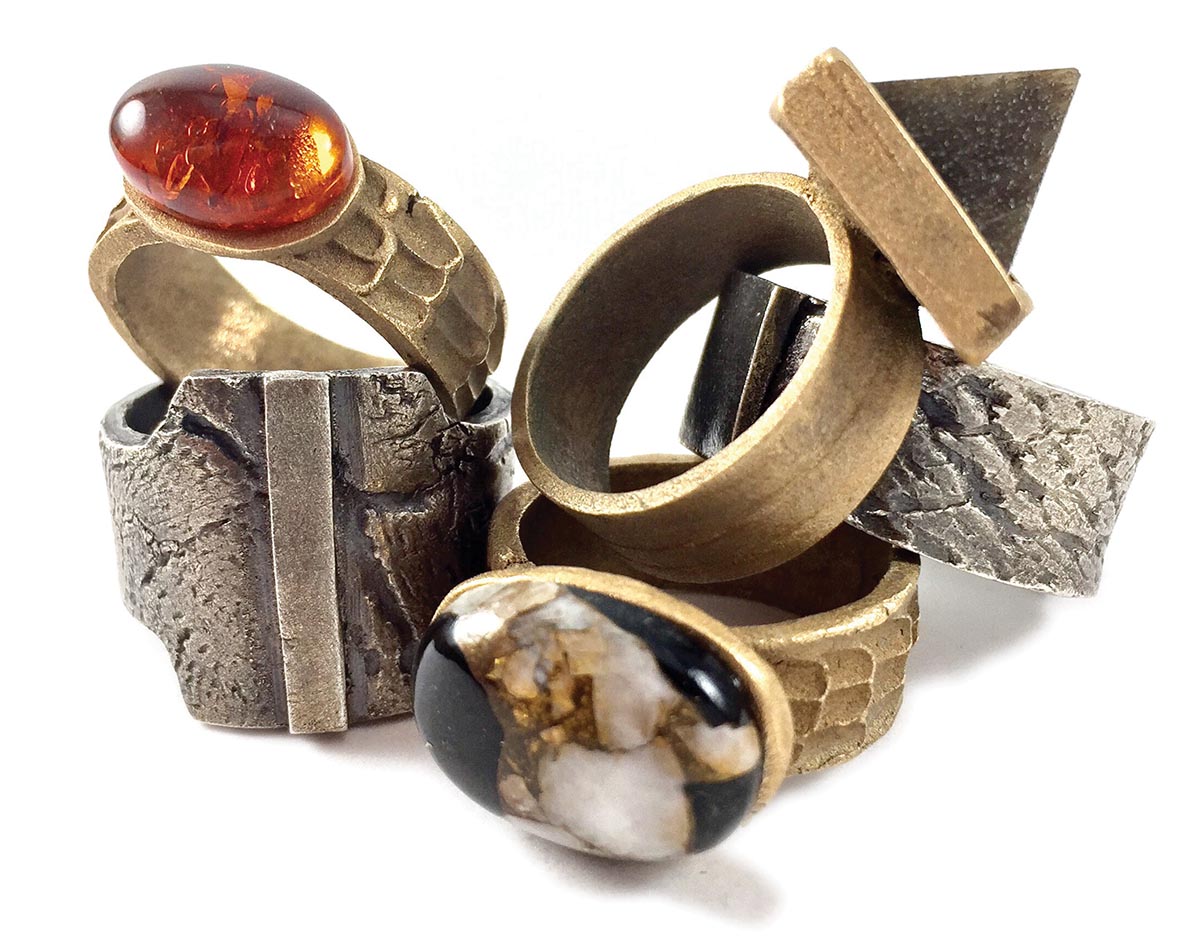 A selection of rings from the fall 2017 collection

“What I’m doing is generational, in terms of him handing the loom down to me and my continuing his legacy.” Perrin also molds clay that is filled with micro-particles of silver or bronze by using other hand-me- down finds: his grandfather’s clay tools. 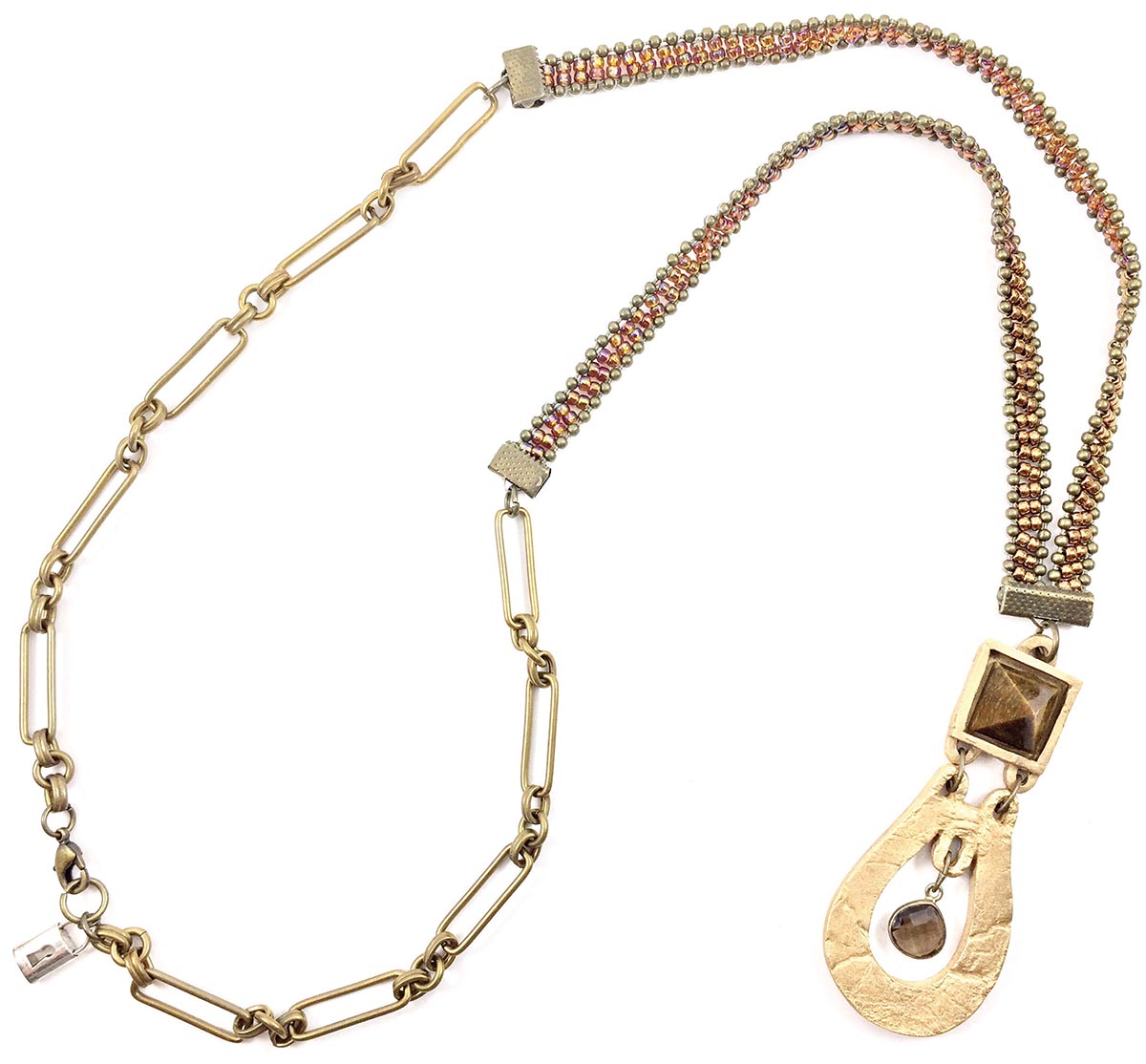 The quality of artisan work appeals to Perrin. “I definitely focus on art jewelry,” he says. “Mine will never be a mass commodity jewelry product. I’m definitely a small-batch artisan.”

His third year of Lock and Key is what he terms his “growth and risk year.” His jewelry is in eight Nashville locations and has also been picked up for several North Carolina stores. He hosts “pop-up shops” in homes and restaurants for an intimate experience. These are intimate and entertaining ways in which to enjoy the beauty of Lock and Key.

To discover your own muses through jewelry, please visit www.lockandkeydesign.com. 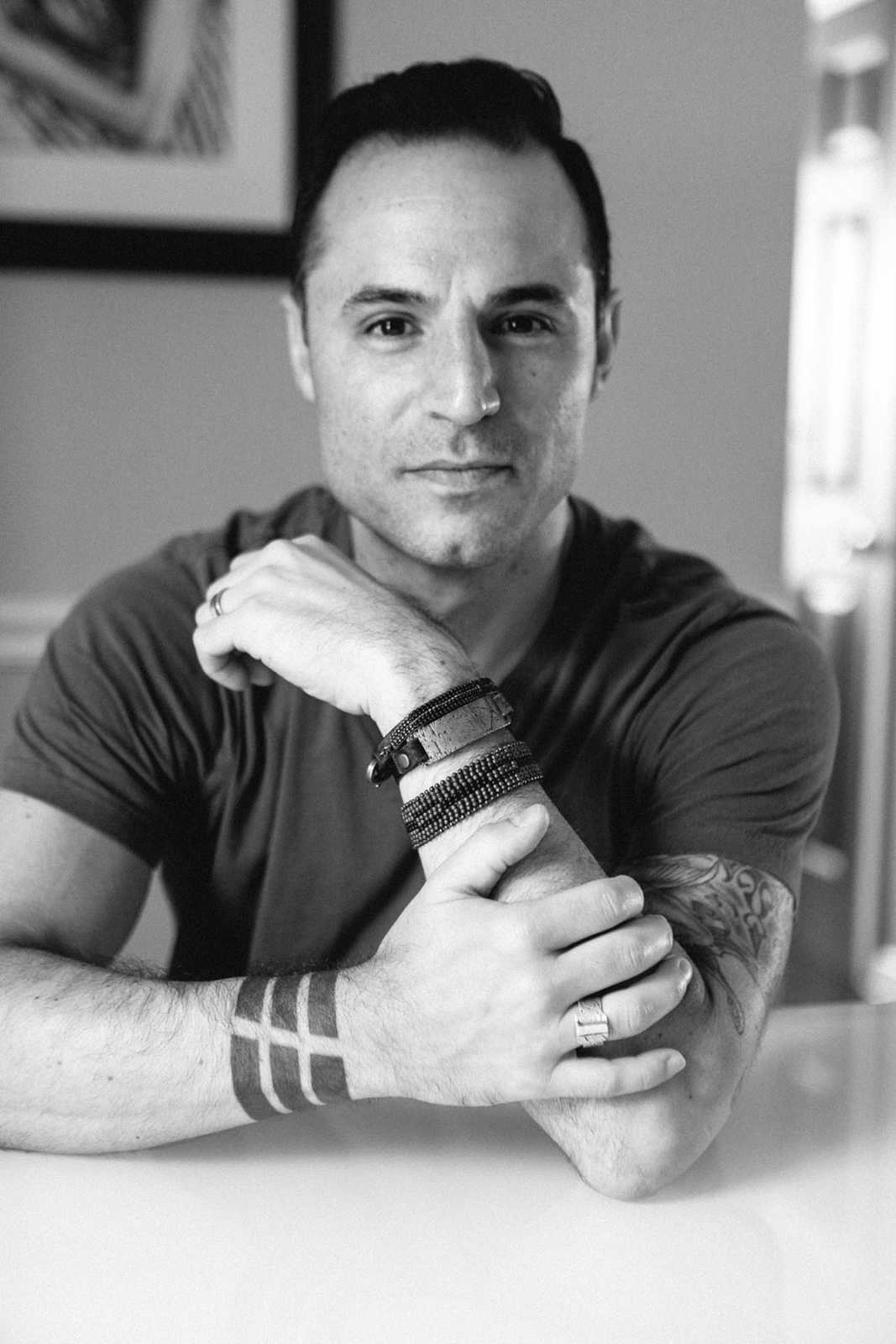