On July 9, the Nashville Composer Collective held its thirteenth concert featuring an eclectic mix of works from local composers, reflecting the diversity of the music scene in Nashville. The concert opened with a performance of Peter Ferguson and Quentin Flowers’s jazz- and popular-music-inspired Lines, an intimate duet for guitar and bass. This was followed by John Darnall’s A Quartet of Violi. Darnell’s piece seemed to be an interesting experiment in reducing the available register and timbres in order to increase concentration on motivic relationships and development. Saturated with the composer’s pervasive wit, the resulting piece was both intense and charming. 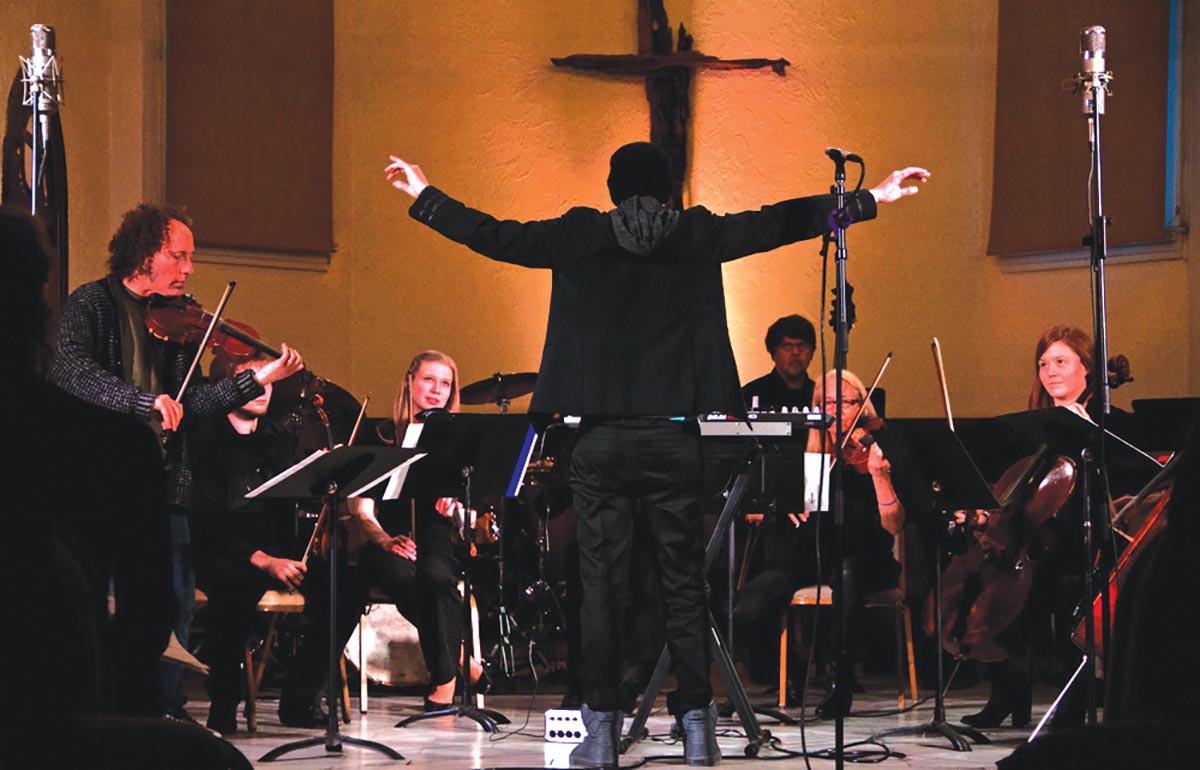 Roger Bissell’s Turn of the Century Melody presented a derivative ragtime composition arranged for wind band replete with nostalgia for the earliest and most idealized moments of jazz. Bissell’s ensemble featured flautist Ann Richards who had just retired the previous evening from the Nashville Symphony after 44 years. Stephen Lamb’s Part of Eve’s Discussion for string quartet + clarinet was, in my opinion, the highlight of the concert. Lamb’s piece originally set the poem of the same title by Marie Howe for voice, but for this concert he substituted clarinet. The intimacy of the melodic line, itself an expression of Howe’s poetic voice, translated effortlessly into Emily Bowland’s remarkably rich and full tone on the clarinet. No wonder this instrument was a favorite of both Weber and Mozart.

The last two pieces on the program, Kyle Baker’s Hope and Cole Dumas’ Excess, Apathy, Freedom, featured a 29-piece orchestra, and they took advantage of it. Baker’s piece represented a significant essay in instrumental color, while Dumas’ measured developing variation and backbeat belied a sophisticated ambient color and balance. In all, the concert achieved the Collective’s goal of presenting “fresh new music” performed by the top-notch musicians that Music City has to offer.

Learn more about the Nashville Composer Collective at www.nashvillecomposercollective.com.