At mild climate through September 23

Paul Anthony Smith’s exhibition Untitled (More Heat III) is a photographic show that contains five inkjet prints. More Heat III suggests an exhibition loaded with images that are sizzling hot, visually and thematically. However, Smith’s pictures in terms of imagery and content are serene and peaceful. For instance, upon entering the gallery space the viewer will encounter Untitled (Fence III) which is from a series of images Smith shot in his Brooklyn, New York, neighborhood. 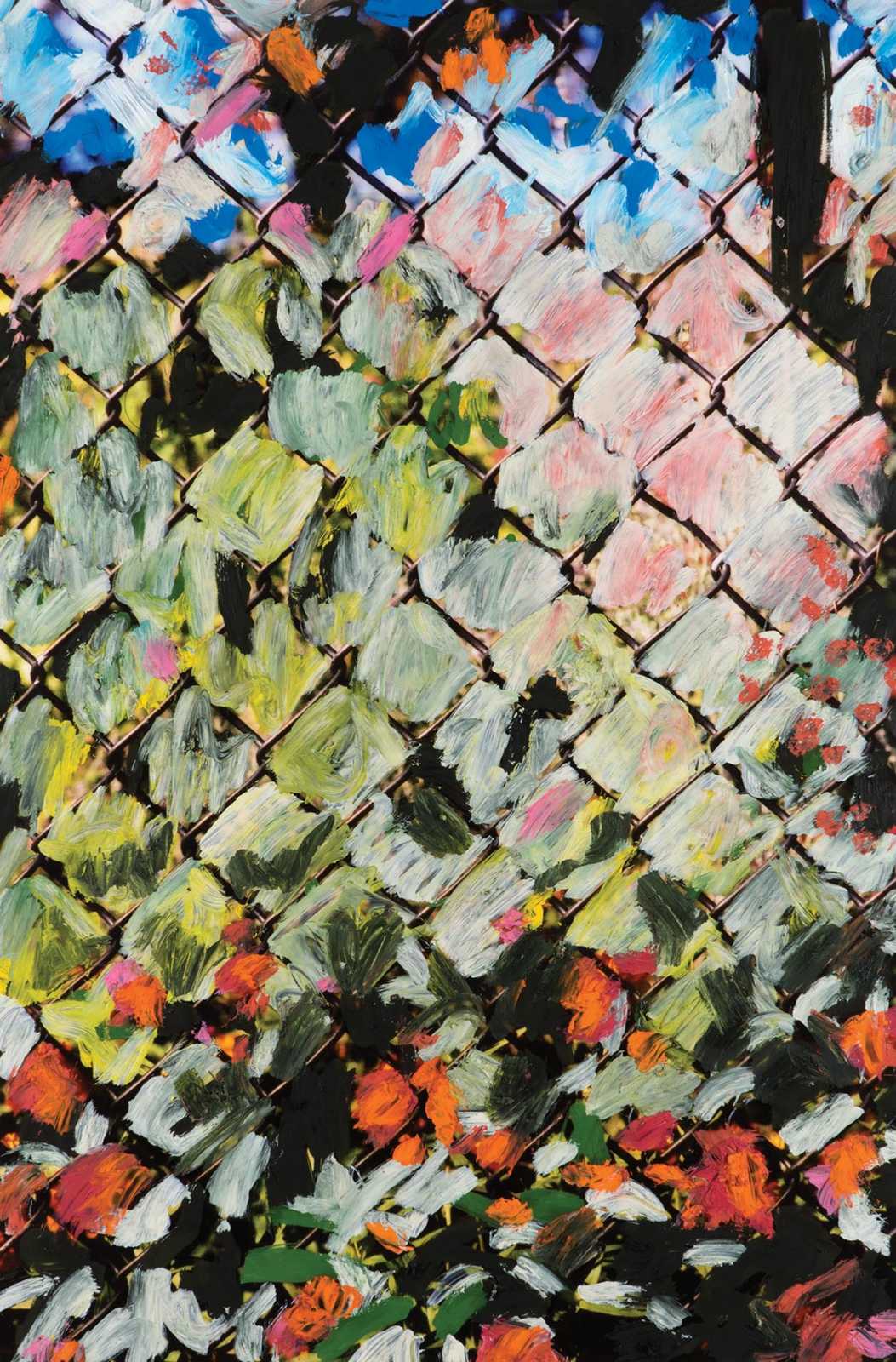 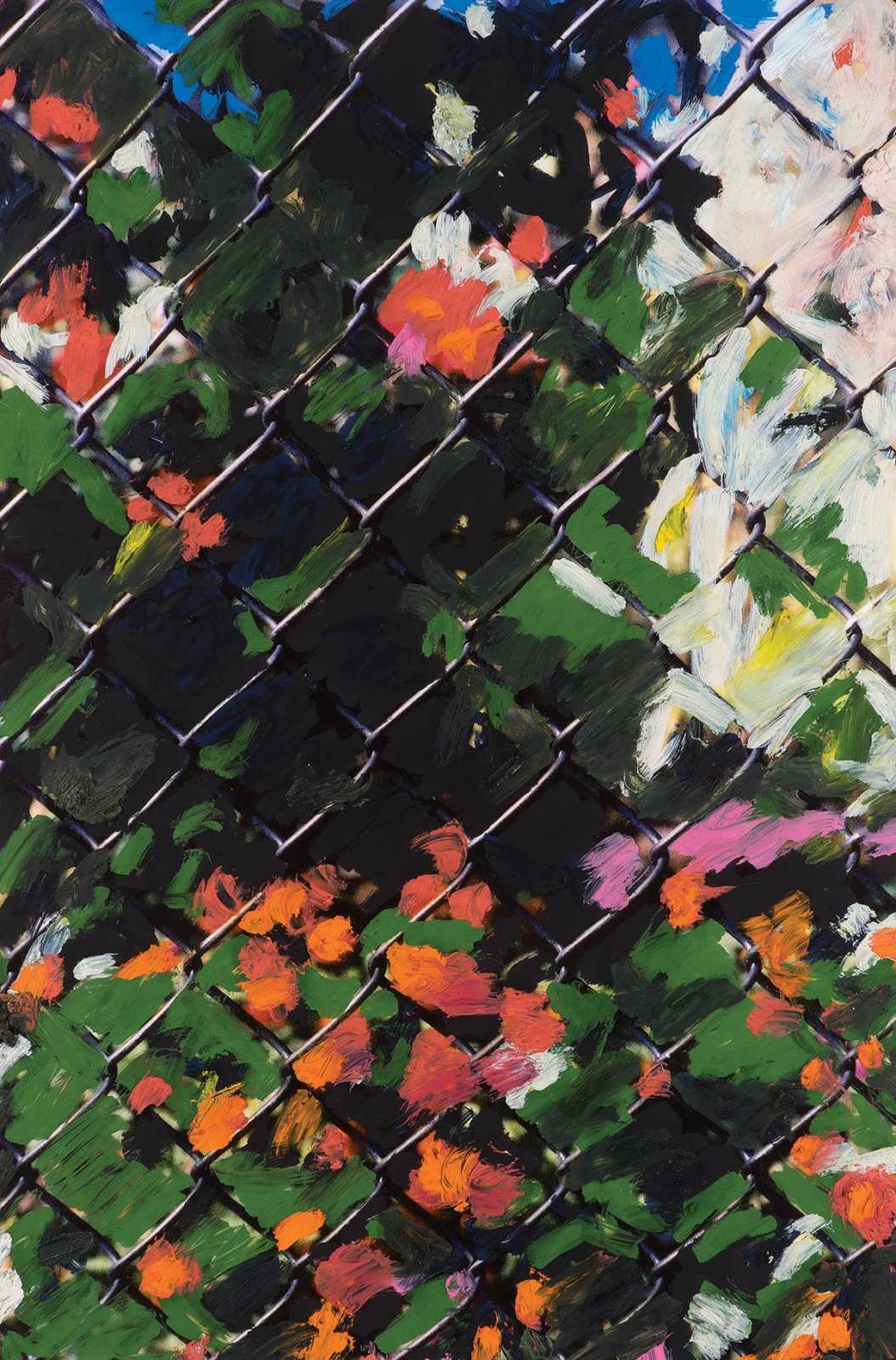 From a distance, Fence III, a modernistic image, calls to mind Claude Monet’s nineteenth-century impressionistic garden scenes that he painted in Giverny, France. Smith’s print depicts a chain-link metal fence that appears to be intertwined with green foliage and multi-colored floral forms. Yet, on close inspection, that which is floral is actually an overall pattern of cool blues, violets, and greens—hues that float throughout the pictorial space. And in contrast to these soft hues, which are applied with oil sticks upon the print surface, are bright splashes of red, white, and orange.

Thematically, Fence I speaks to the notion of barriers that either separate or unite communities. Fencing as an idea relates to American politics today and ongoing discussions about controlling the flow of people who enter the country illegally along the Southwestern border. The proposed solution is to build a wall—in essence to fence people out.

Also Included in the exhibition are two black-and-white portraits. One depicts a woman photographed at a West Indian Day parade in Brooklyn, New York, and the other shows the face of a male Jamaican soccer team goalie.

Both employ Smith’s signature method of “picotage,” which involves meticulously plucking select areas from the picture surface, resulting in textural patterns. Untitled (More Heat III) is a remarkable showing of images that Smith has pulled from found and shot photographic images, and the exhibition illustrates the artist’s interest in pictorial design and structure.

Smith’s excellent picture-making skills are matched by his abilities as a master cook. In conjunction with his opening reception at mild climate gallery, the artist grilled his special brand of jerk chicken and vegetables outside while gallery patrons explored his artwork inside. While grilling for his guests, Smith also was willing to discuss his art and his rich life experiences, including his formative years in St. Ann’s Bay, Jamaica, where he was born, as well as his student years in Miami, Florida, where he studied at the New World School of the Arts. Later, Smith received a BFA from the Kansas City Art Institute, followed by his move to Brooklyn, New York, within the past five years. His recent exhibitions include a solo show at Atlanta Contemporary and group shows at the Brooklyn Museum of Art, the Nasher Museum in Durham, North Carolina, the Studio Museum in Harlem, and the Seattle Museum of Art. 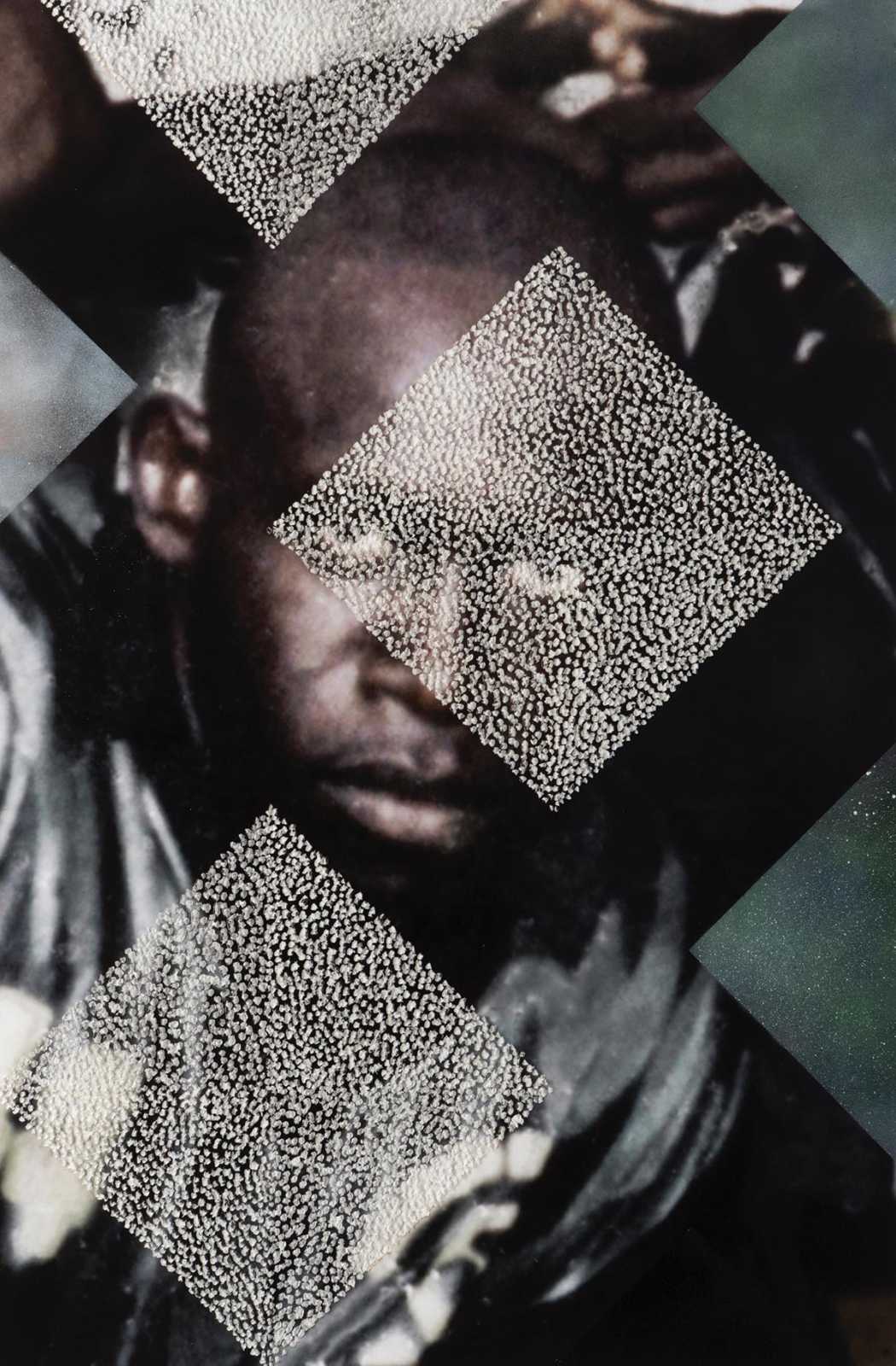 The warmth this writer expected to see and feel through Smith’s More Heat III exhibition also appeared through the creative spirit of the artist as well as through the intellectual curiosity of the gallery visitors who appeared in early August for the Wedgewood-Houston art crawl.