Track One in Wedgewood/Houston | October 20–22 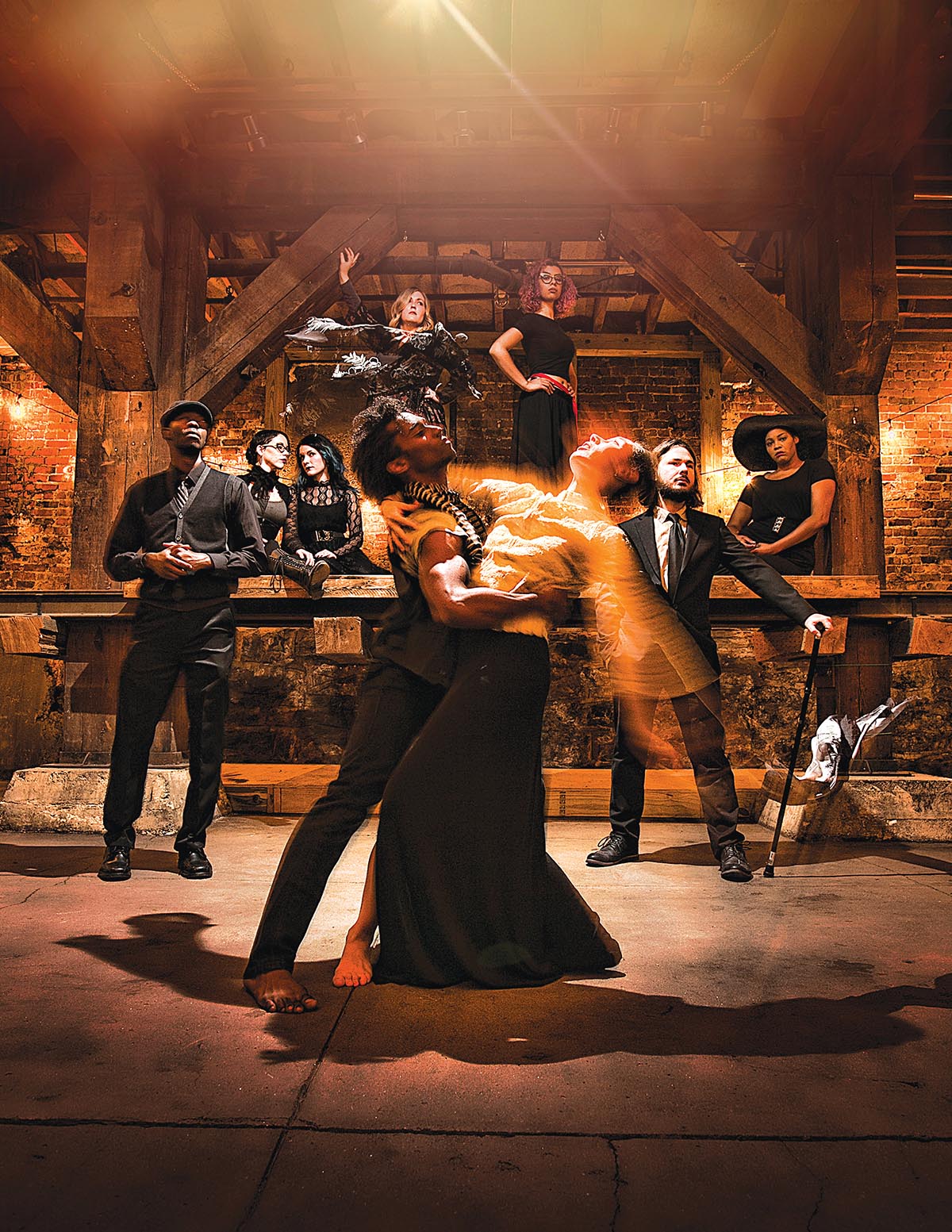 Collaborative artistic work always has its challenges. Working together with other artists inherently forces each participant to confront their own territorial nature, their need to protect both the artistic process as well as the sanity of the artists involved. It’s not a method that works for every artist, nor does every project benefit from collaboration. However, in certain cases of collaborative work, an alchemy arises which transforms the source ideas into a new material in a manner which is unexpected and yet transformative for all involved. It is from such alchemy that Haunted was crafted.

Haunted is an immersive, site-responsive performance in a Southern Gothic setting which was born from the questions: What does it mean for us to be haunted, in this place, this boomtown, in this time? What would it look like to create a work which is so intensely collaborative that the audience itself directly affects how we experience the event?

How do we carve out time to hold a space for our ghosts to tell us their tales?

Haunted is no haunted house, nor is it strictly a piece of theatre. Instead, true stories are the inspiration for a narrative woven through artistic exploration, with threads pulled from many genres, inspired by the hauntings that are real and present in our city. Our ghosts are the stories lost to us; the many people who have vanished from our histories through forgetfulness, both willful and ignorant.

The work unites the living with the dead in a gathering expressed through movement, sound, and interaction with the artists and the audience. Every ticketholder will move through the event like participants in a game. All are encouraged to explore and discover. Each audience member will have an experience unique to them— it is very difficult to have the same encounters twice in the world of Haunted. The event will be unlike anything seen before in Music City.

Though many tales will be told, Haunted anchors its throughline in one specific story from Nashville’s history— the nation’s deadliest train crash at a place called Dutchman’s Curve, near what is now Belle Meade. At least 101 people lost their lives the morning on July 8, 1918. Most of the dead were people of color packed tightly in the crowded “Jim Crow” wooden cars at the front of the train.

We cannot speak for the ghosts of those lost at Dutchman’s Curve; we can only make room for them. And room must be made to remember, to reflect, and to learn as the issues at the heart of Dutchman’s Curve are not unlike the issues we wrestle with today.

The Dutchman’s Curve train wreck is a hub story with spokes that stretch out into so many aspects of Nashville’s collective history and culture. Here we consider geography, technology, war, race and class, gender dynamics, the justice system, loyalty, generosity of a community, and so much more.

Haunted will echo with voices once silenced by prejudice and injustice, voices buried in Nashville’s nearly forgotten history. This echo will resonate through visual and performing art installations, character narratives, aerial and contemporary dance, and an original sound score. The performance will reincarnate silenced ghosts from Nashville’s past and give them the voice they were denied. The only question is: How well have you buried your ghosts?

“Death walked hand in hand with the passengers and crews … proving that while in life we are in death.”

—from “The Horrors of the Wreck,
A CLOSE-UP VIEWED”, by Prince Mysteria for The Chicago Defender

Haunted is presented by Actors Bridge Ensemble in collaboration with abrasiveMedia and FALL. Performances will be October 20–22 at Track One in Wedgewood/Houston. Tickets start at $30. For more information, visit www.hauntedproject.com.