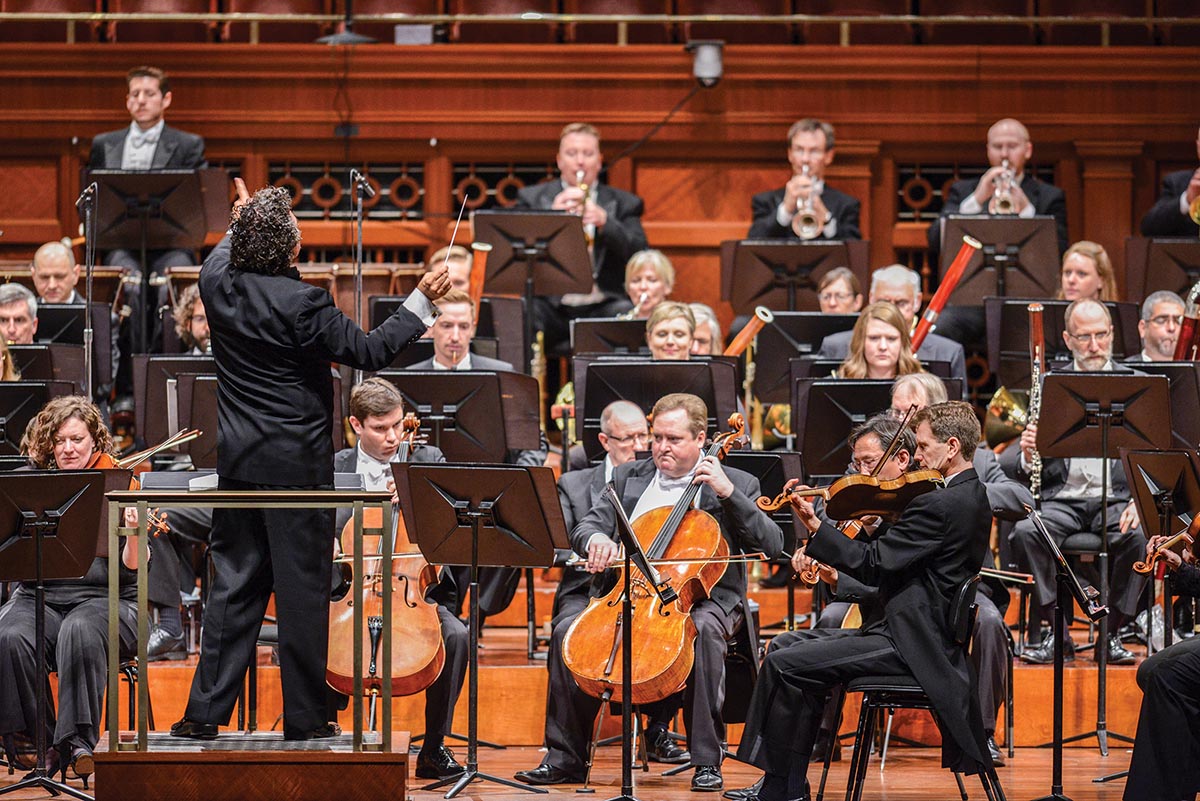 On September 14, the Nashville Symphony began its season with an eclectic concert of dance music and a concerto played by one of our generation’s greatest pianists, André Watts. The evening opened with an earnest performance of Claude Debussy’s chestnut Prélude à l’Après-midi d’un Faun. Here special mention goes to the warm tone of principal flutist Érik Gratton on the famous opening tritone-spanning melody as well as Maestro Guerrero’s detailed and delicate manipulation of Debussy’s beautiful orchestral shadings.

The Debussy was followed by Watts playing Edward MacDowell’s Concerto no. 2 in D minor. He was just here last year performing Rachmaninoff’s magisterial Second Piano Concerto. Comparing the two performances, the Rachmaninoff stands above for me, not because of Watts’s performance in either—his electricity and power were apparent and tangible in the MacDowell and his technique without peer—but because the virtuosity in the MacDowell is so breathless and unrelenting, the virtuosity in the score lacks an enriching lyrical foil.

Charles “Kip” Winger’s Conversations with Nijinsky opened the second half. A four-movement work, “each of which represents a different mood or aspect of Nijinsky,” Winger’s Conversations revealed a bright yet refined talent for orchestration and an exciting rhythmic edge. His employment of the “exotic” octatonic scale, likely a reference to Nijinsky’s work with the great Russian composer Igor Stravinsky, created a subtle premonition of the next piece, Stravinsky’s Firebird Suite.

In my opinion, the Symphony’s performance of the Stravinsky was the best piece of the evening. From the opening’s supernatural conjuring, to the heart-stopping “Infernal Dance of King Kastchei” and on to the wonderful rebirth in the finale, given by Nashville’s unequalled horn section, it was simply a very exciting performance. What a wonderful end to a concert that announced an exciting new season, a season which continues on October 5 with a performance of Beethoven’s Fifth Symphony.