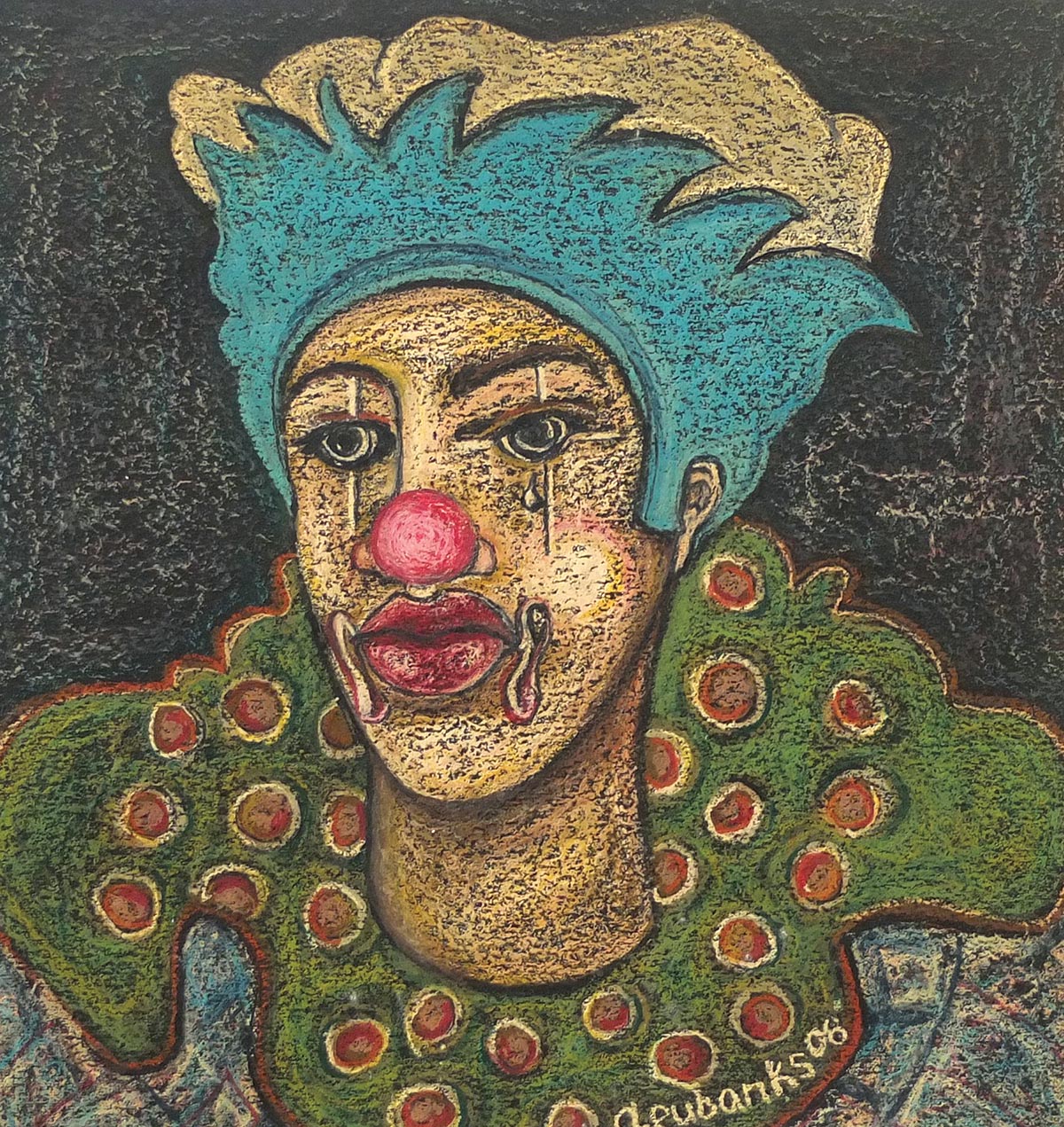 Art and spirituality share an ironclad bond. Although it is inconclusive whether either is a reaction to or a reflection of the other (perhaps an ongoing cause/effect exchange), a resonance between the concrete and intangible cannot be denied. This connection is difficult, if not impossible, to translate, as visual and written language offer great complement to, but fail to be substitutes for, each other. That which we see and that which we speak rely upon different senses, yet both offer an ability to arouse the cognitive and/or emotional faculties. It is when said faculties become highly alert and feelings of awakening and/or awe occur that one may suppose art has embarked upon spiritual territory. German Expressionist Wassily Kandinsky explored this notion in the 1914 publication Concerning the Spiritual in Art when he determined that “the artist must have something to say, for mastery over form is not his goal but rather the adapting of form to its inner meaning.” Such observation is at the core of The Spirit of Man, the latest exhibition at the Tennessee State University Department of Art’s gallery.

A group show that highlights a selection of artwork from the institution’s permanent collection, The Spirit of Man visits the role of spirituality in art beyond a symbolic façade. The exhibition consists solely of artwork created by TSU faculty or alumni and includes work by Art Eubanks, Samuel Dunson, Michael McBride, and Greg Ridley. Each of these artists is of African American decent, and while their work explores notions of self and culture, it also delivers apparent aesthetic distinction, distinction so strong that formal common ground is not readily apparent. Thus, diversity is a highlight for the exhibition as it provides testimony to the limitlessness of creative and spiritual evocation. 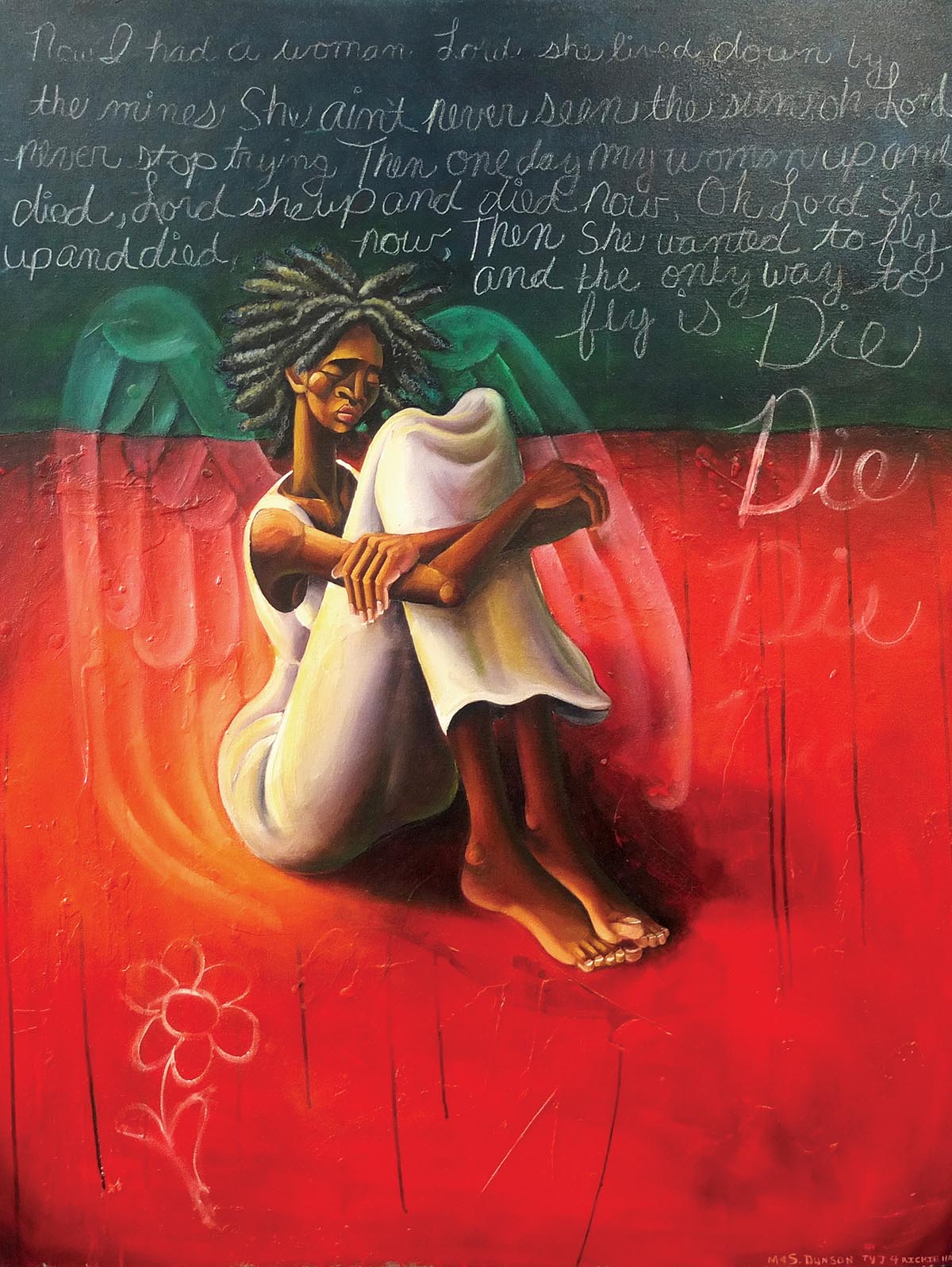 Curated by Paul Polycarpou, Publisher of Nashville Arts Magazine, the theme of this exhibition is one that developed in an organic manner. Having been invited by gallery director Courtney Adair Johnson to explore the university’s collection, Polycarpou did not predetermine an idea prior to his visit. Rather, he allowed the artwork to define the exhibition’s concept. “The selection process was not academic, but was based on my natural response to the spiritual qualities the artwork emitted,” he explained. “It became clear that the connection between art and the human spirit would be the motivation for the exhibition.”

A large portion of this show features the multimedia work of Art Eubanks. A Nashvillian who earned his bachelor’s degree in art education from TSU, Eubanks has established himself internationally as an artist, educator, and mentor in the arts community. Having previously described his work as “the sum of life and direct result of divine artistry,” Eubanks visits imagery that harbors tribal African likeness and brings an American contemporary perspective to its form. Such meld is immediately hypnotic and renders both formal confidence and universal egoic confusion in its confrontation with identity in the modern world. It is as though Eubanks’s artwork begs this question of all his viewers: How do heritage and history factor into our current condition? For it is when we reflect upon humanity’s journey that progress can be best navigated. Such journey, while greatly determined by politics, is also engrained in humankind’s connection to the belief that there is more to this world, and to ourselves, than its materiality—a spiritual motivation. This sense, though not explicit, is palpable in Eubanks’s art. 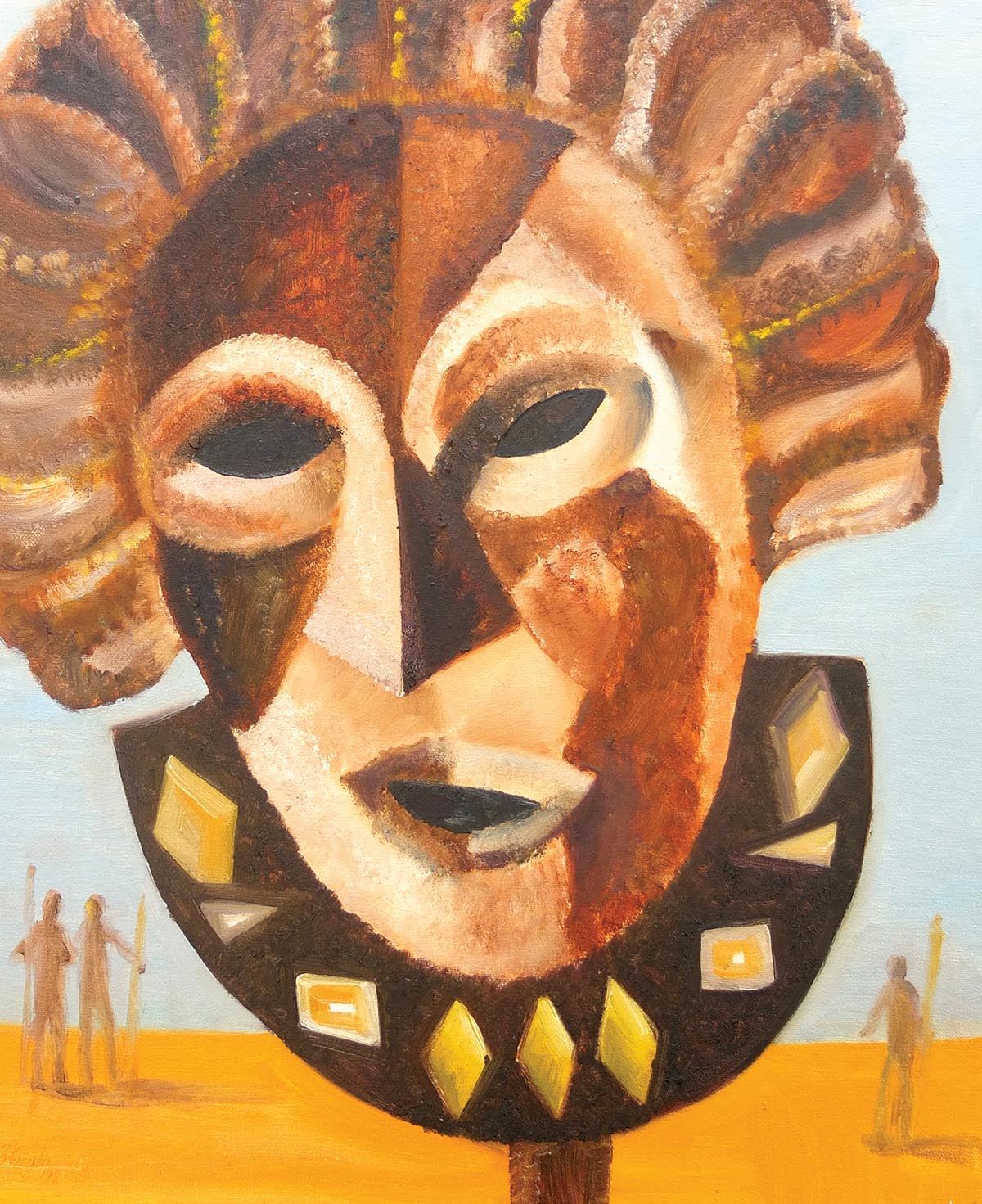 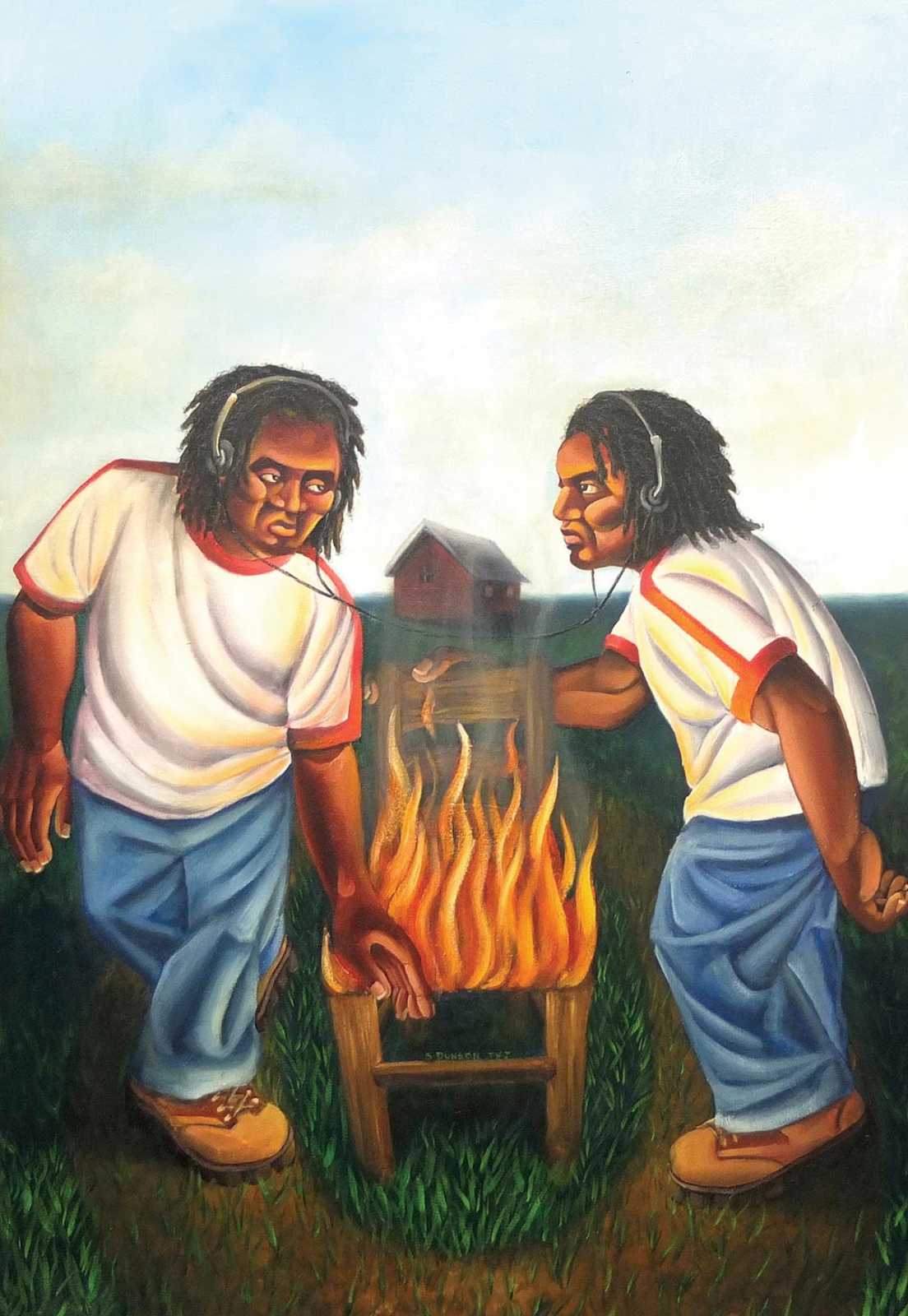 This notion also penetrates the art of Dunson, McBride, and Ridley. While the majority of the artwork in The Spirit of Man is figurative, each artist upholds abstraction in their method. Abstraction is perhaps the most telling indication that the artists use their work as a means to explore ideas that exceed a superficial inquiry of human experience. “I learn from artists all of the time about spirit,” stated Johnson. “Their individual drive/ passion moves us forward in a visual manner, and each person is important in this cog.” 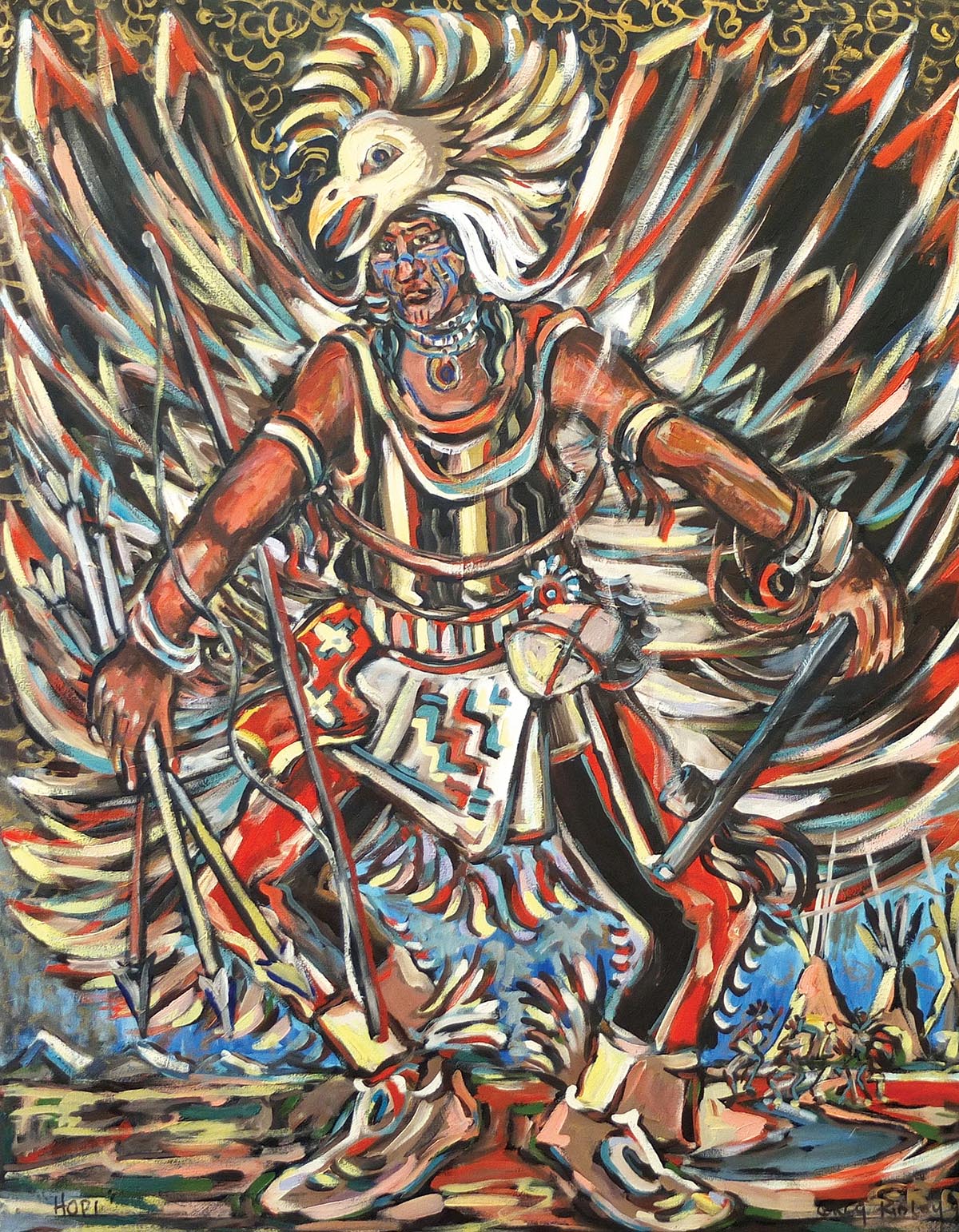 The Spirit of Man is on exhibit at the Tennessee State University art gallery from October 9 to November 20. A reception is slated for October 12, from 4 to 6 p.m. For more information, visit www.tnstate.edu/art.