“Memory guides his hand, building on not only the appearance of a thing but its smell, touch, and context.” 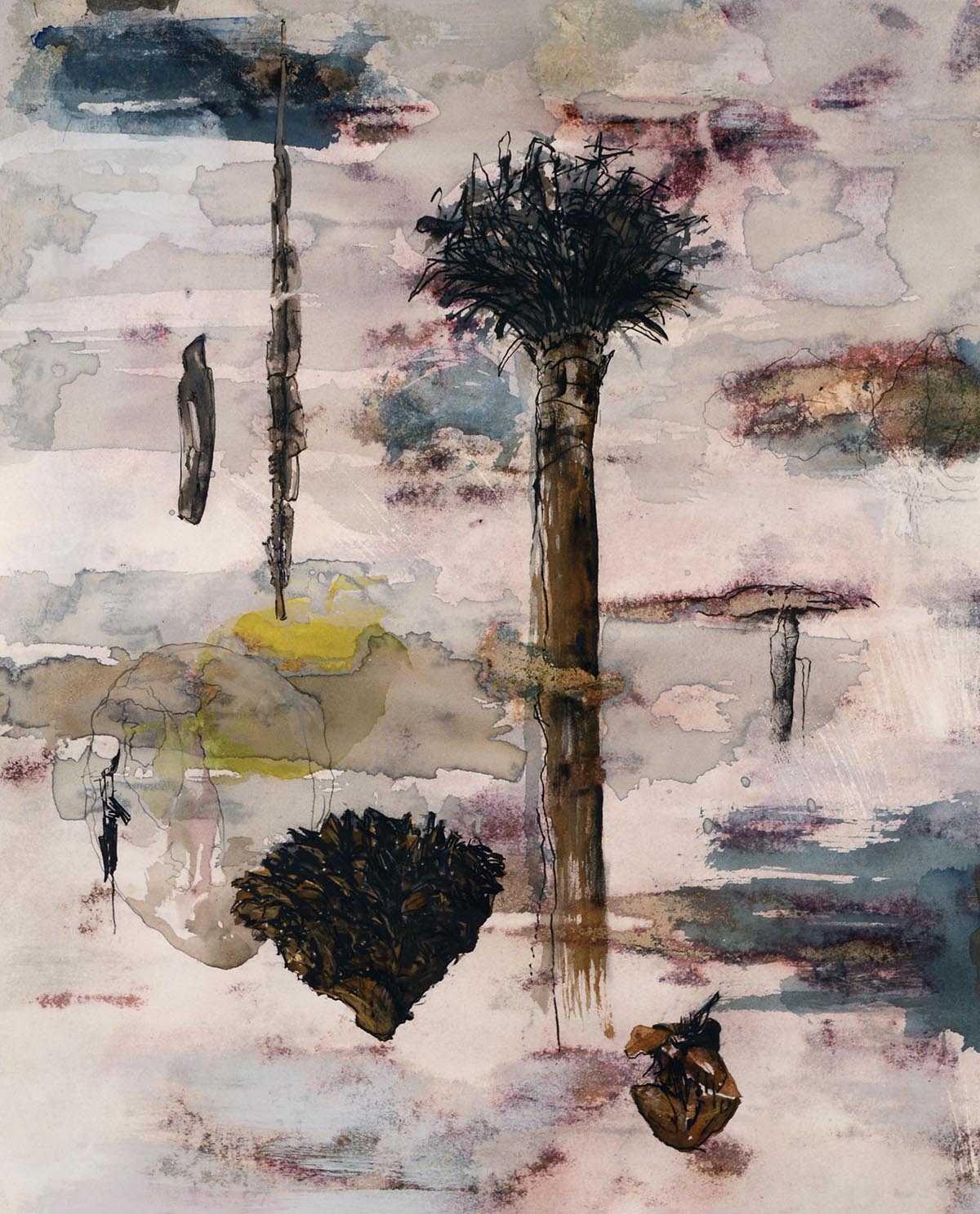 Brilliantly hued and visually complex, Bob Nugent’s Ecos de Inhotim captures place in bands of color and splashes of pigment, holding sensations of earth and water within the very grounds created from those same elements.

Nugent’s works fill the senses, reflecting the artist’s approach not only toward painting, but toward the verdant spaces he observes through walking into the jungle. “There is the work of sentido: to observe with all your senses.” Landscape painting has been the primary fascination throughout his work, but “until I went to the Amazon, and even in the early years, it meant trying to visually represent the place.” The inadequacy of simple depiction frustrated Nugent, who describes the moment of change: “I said to my guide, I’ve been coming to the Amazon for years and I never see any big animals, and he said, because you’re too noisy! So I found a place and I sat quietly to just pay attention, and the jungle opened itself to me.

“If you come in with your preconceptions of a place, you don’t see anything.” Rather than relying on depiction, Nugent’s process shifted to one of observation. “I’m not a painter who draws a flower at the place. Nothing is a direct result of looking at the object, but rather that object as it might have been in the place, the memory of that.”

Memory guides his hand, building on not only the appearance of a thing but its smell, touch, and context. The entire experience—even of arriving to it and leaving it and spending the day walking—becomes as important as the image of the thing itself, the wholeness of it explored fully as the artist moves through as many as twenty canvases at the same time. “I try not to represent the flower with just looking, but remembering that I held it in my hand that day and what that entire experience felt like.” 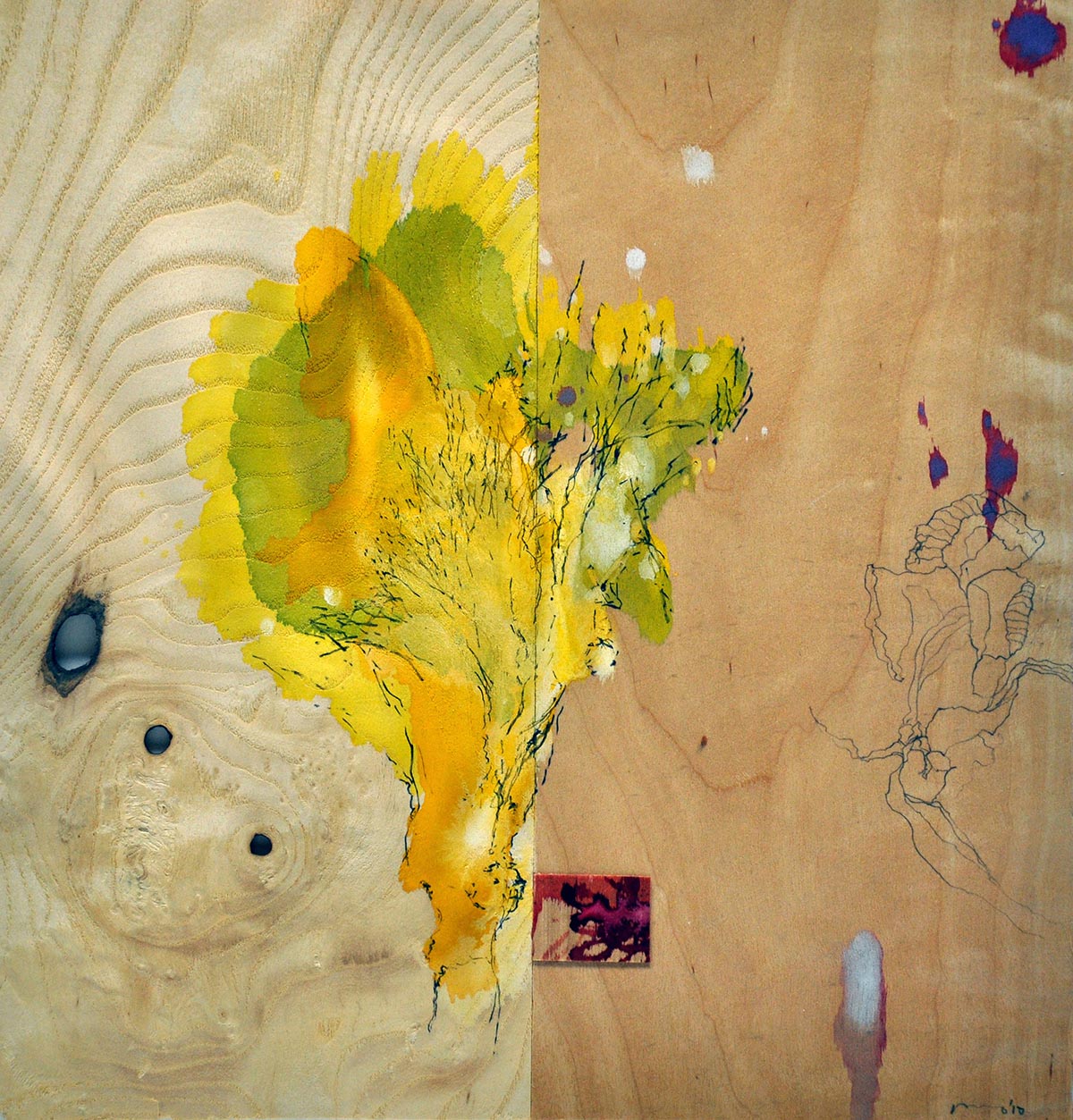 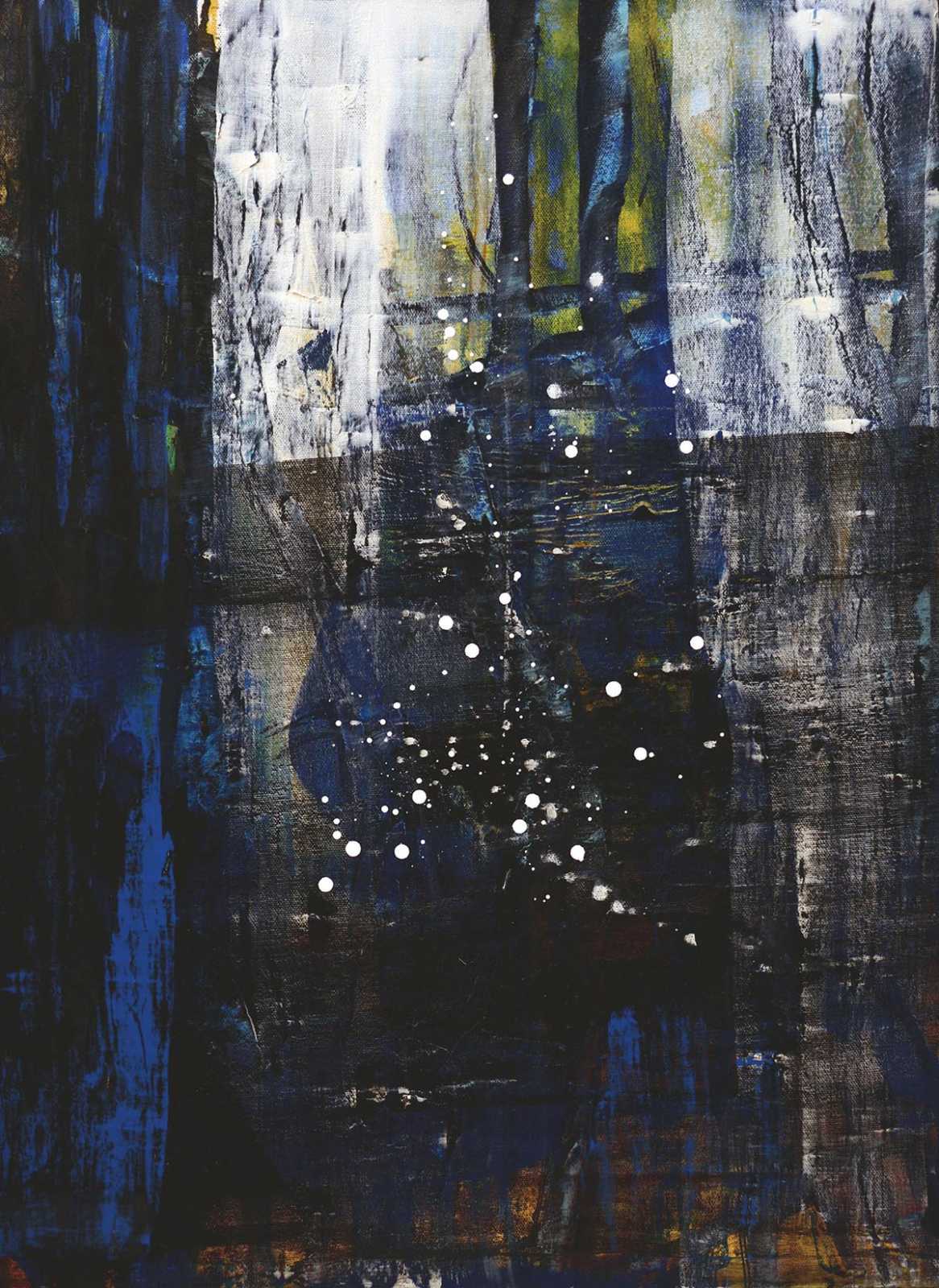 Textured and rich, the large paintings utilize the organic nature of oil paint—and of a reactive, unplanned painting process—as parallel to the Amazon’s own “Vital Layer.” Unique to the Amazon, the Vital Layer is twelve inches of fertile nutrients just beneath the feet—“not so much first but leaves and debris, compost.” Nugent’s process in these large canvases echoes the natural growth and decay rhythms of this layer, as well as the unnatural challenges it faces as ranchers clear and erode it. “Scraping, clearing, I put [paint] down and then I hide it, and then I try to bring part of it back again.” His process echoes the conservation efforts of the indigenous people, whose traditional planting processes are restorative to the Vital Layer. “There’s a grittiness”—to both Nugent’s paint and the Amazon’s Vital Layer he describes—“that you don’t want to lose.” 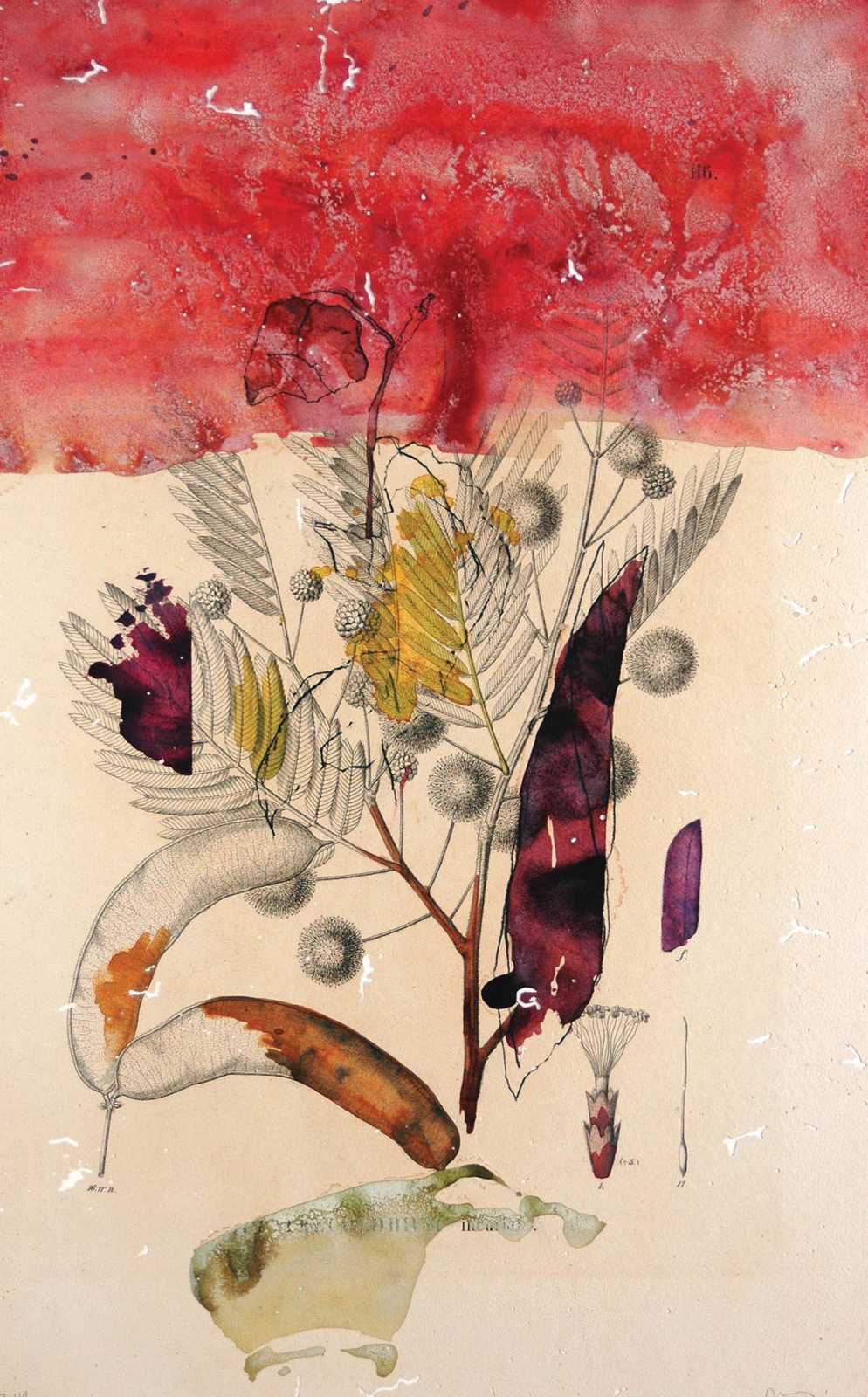 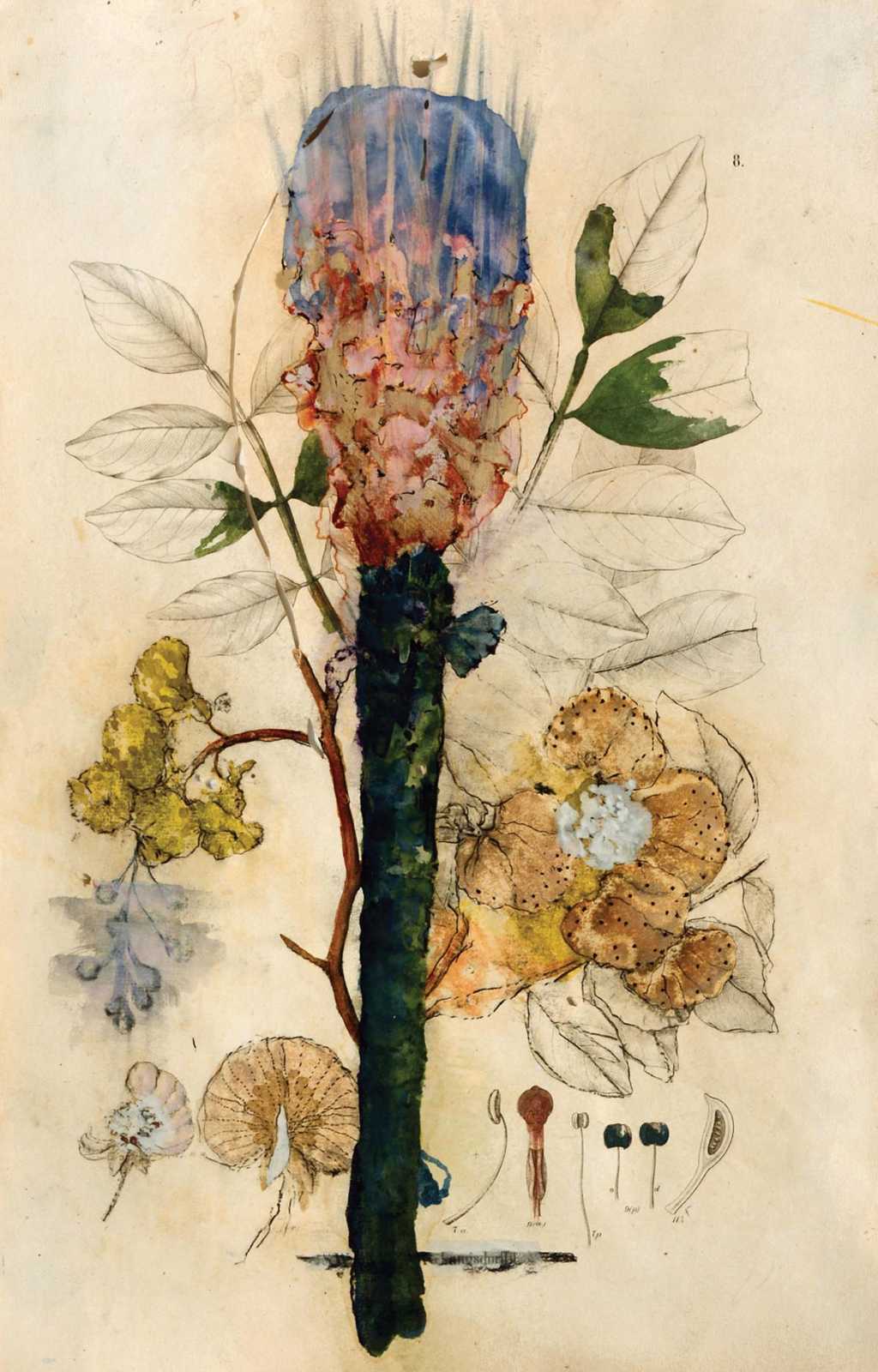 In contrast, Minucia explores the feeling of the river itself. Color swells and bursts, blooming in abrupt forms along the surface. The panels—left raw, their woodgrain twisting beneath Nugent’s delicate drawings and spilling shapes—tap into the symbolic space of rivers and currents with their rippling grain, but also remind the viewer of their origins as harvested wood. A muted palette grounds the paintings, but their effect also highlights their colorful accents, serving to provide a similar sense of context as the jungle whose foliage Nugent evokes. “In the jungle, everything in color jumps out. You walk away saying that you’ve never seen so many red flowers, when maybe you only saw one, but it is so bright against the jungle that that red is all you can see.” 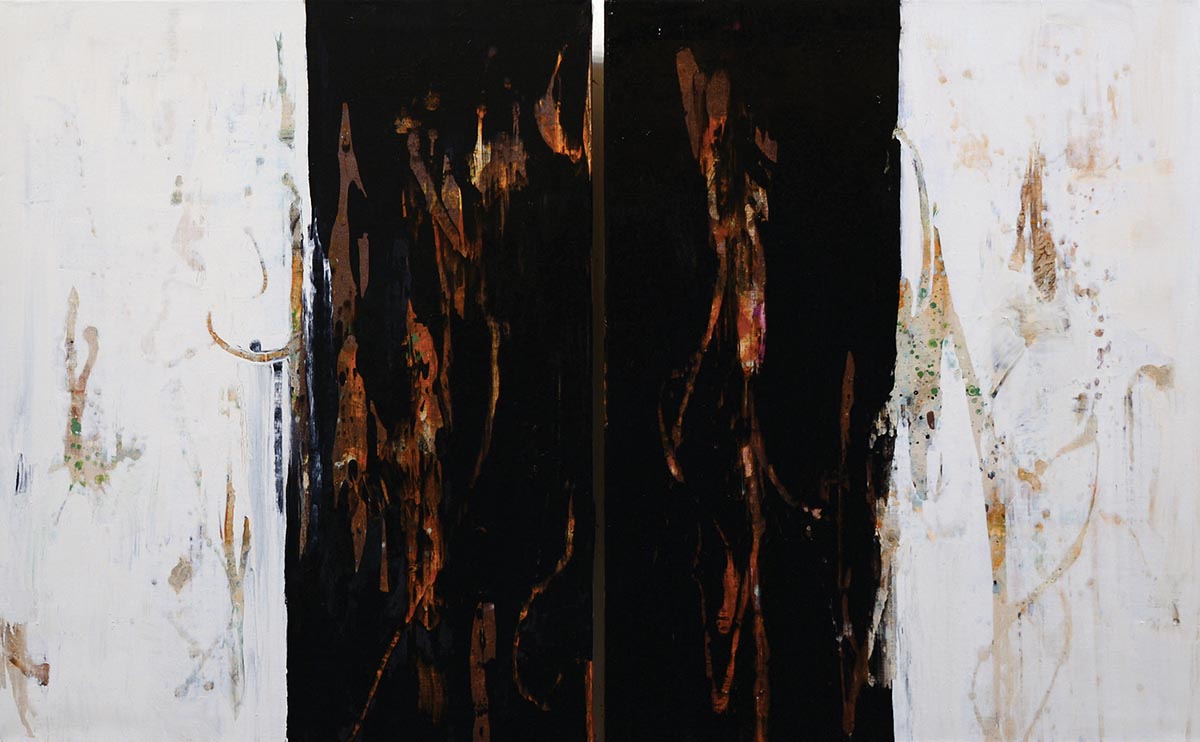 In contrast to the larger works, Nugent paints only two or three panels at a time, but the finished works are designed to grid together as well as serve alone. They are records of memory and sensation, and the grouped effect transforms. Much like the undertaking to sentido itself, the experience of observing the work becomes cumulative. The eye begins to step sideways from the bright colors and obvious shapes, noting instead the quiet trills and gathered moments that surround them. Much like the jungle Nugent documents, they require us to enter, observe, and reflect. You begin to understand Nugent’s true aim: “Quite often I’m interested in the places that people tend to walk on or ignore. So I look into the green of the leaves and the brown of the water and the roots that just barely start to show themselves as the water starts to get clear. The bugs, the things that are deteriorating, the algae, those are the kinds of things I tend to bring back with me, and those are what I try to bring back to the work. It’s the small things that other people might pass over. 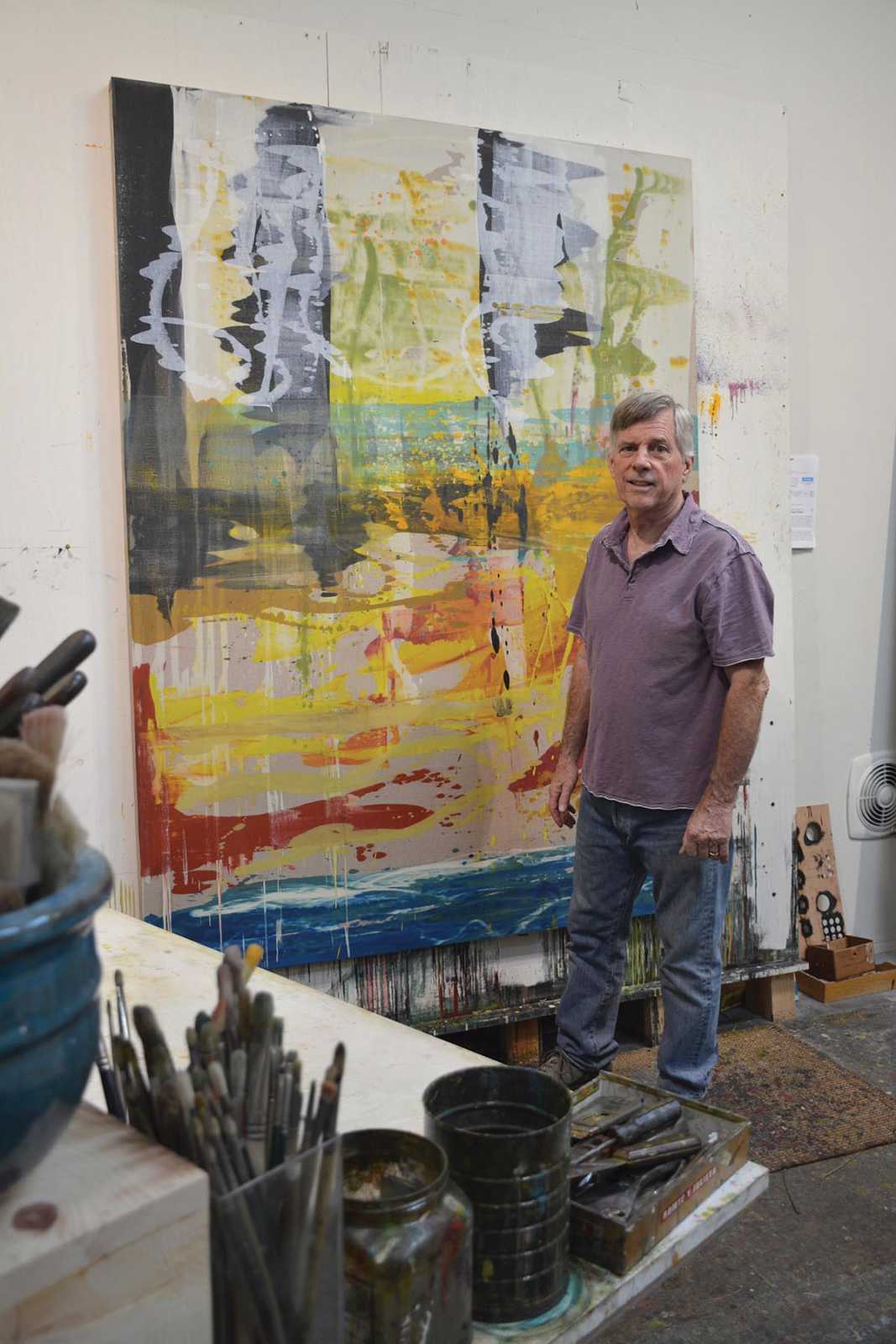 “The thing I write in my journal at the end of the day is the quenching of the leaves under my feet.”

Ecos de Inhotim is on view through November 4 at Cumberland Gallery, 4107 Hillsboro Circle, open Tuesday through Saturday from 10 a.m. to 5 p.m. For more information or to make an appointment, visit www.cumberlandgallery.com.