One of my pet peeves is light pollution.

When my former husband and I moved into our house twenty years ago, the street lights drove me crazy. Especially the one on the pole in front of our house. The light from that fixture shined directly into our upstairs bedroom window. I remember lamenting to a friend, “Our bedroom has more light at night than in the daytime!”

Something had to be done. So I called my friends at NES. 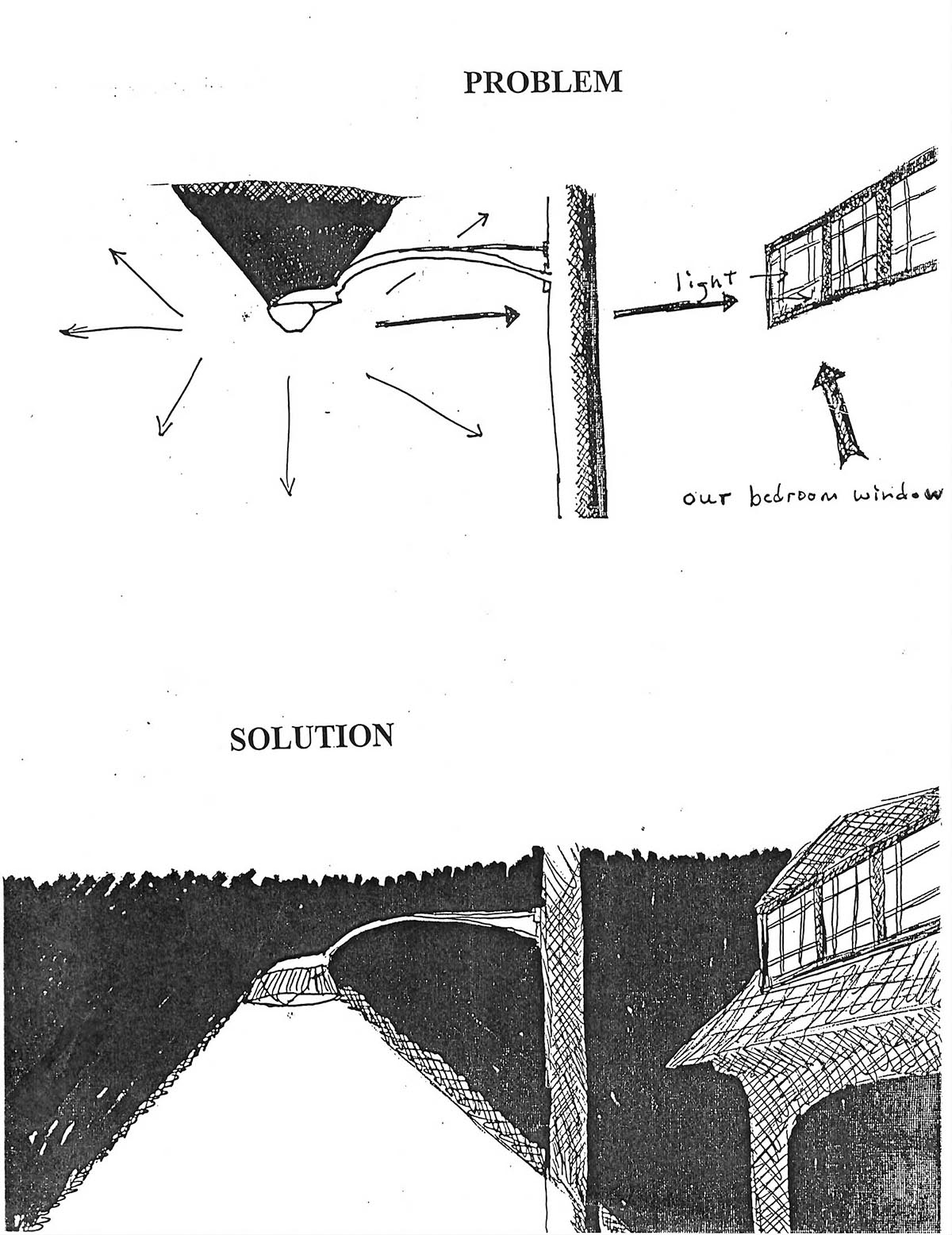 I soon learned that, as far as streetlights are concerned, NES is under contract to Metro Public Works. And that’s when things got complicated.

For the next two months, I bounced back and forth between Metro and NES like a pinball, as innumerable phone calls and emails were exchanged.

At first I tried having the offending streetlight removed or relocated. This was followed by talks of having a shield installed. I even made a drawing, illustrating how a shield might work. At one point, I got Betty Nixon involved. (Betty was on the NES board at the time.) But nothing could stop that dance between Metro and NES. And when things got to be too much, I let go.

Nine months later, I was sitting in my office minding my own business, when I received an email from a man in Customer Engineering at NES.

Dear Ms. Chapman,
After several discussions with our new engineer in charge of streetlighting materials, he’s come up with a possible solution I think you’ll be pleased with. One of our streetlight vendors has a new and improved cutoff fixture they’re providing us for evaluation. This new fixture is supposed to do a better job of focusing light down on a limited area. We plan to install this fixture on the pole in front of your house for evaluation, at no charge to you, of course.

It was all I could do to refrain from turning cartwheels in my office. And I’m happy to report that fixture worked like a charm.

Sometimes good things happen to those who persist … then let go.