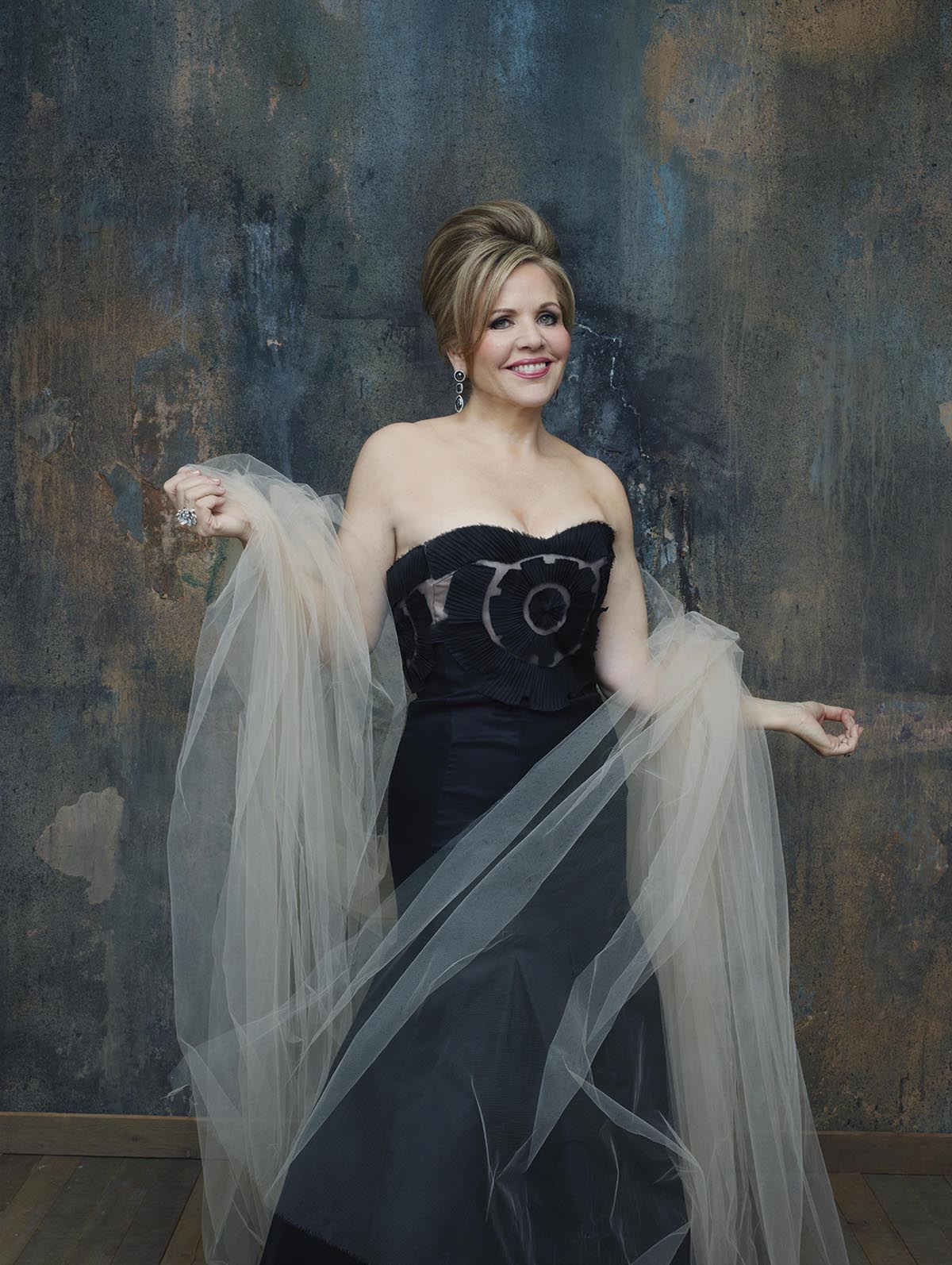 A few months ago, the opera world experienced a seismic event. Renée Fleming, the star soprano, sang her signature role of the Marschallin in Strauss’s Der Rosenkavalier at the Metropolitan Opera for the last time. For more than a quarter century, Fleming reigned supreme at the Met. Naturally, her swan song marked the end of an era for that august stage.

Yet it also opened a new chapter in the already storied career of the star often referred to as “The People’s Soprano.” With many of her big prima donna roles behind her, Fleming has now become a power behind the scenes, working as a creative consultant at Lyric Opera of Chicago. Moreover, she’s appearing in musicals— she’ll sing the part of Nettie Fowler in a Broadway production of Carousel next season—and she’s singing more in recital.

One of those recitals takes place on December 1 at OZ Arts Nashville. Fleming will appear in a special event titled the Chairman’s Choice, which honors OZ Arts Chairman and Founder Cano Ozgener. Fleming will present an evening-length concert featuring German, French, and Italian classics as well as some contemporary American music. Recently, Fleming took some time out of her busy international schedule to answer a few questions for Nashville Arts Magazine.

You just retired one of your signature roles at the Metropolitan Opera, the Marschallin in Der Rosenkavalier. Do you still plan to perform in staged operas?

Definitely. I have two likely projects on the table now—one, a lesser-known work by a major composer, and the other is a new composition.

What was your favorite Metropolitan Opera role?

I really don’t think in terms of favorites, but two characters I have related to most strongly are Tatiana in Eugene Onegin and the Marschallin in Der Rosenkavalier. Aside from the fact that neither of them dies at the end, they are both well-drawn, complex women who take charge of their own paths. I relate to Tatiana’s shyness at the beginning of Onegin and admire her growth into a woman of real strength. And the Marschallin is a deeply intelligent, complicated woman, who chooses how she wants to live.

You are a creative consultant for Lyric Opera of Chicago. What do you have planned for the Windy City?

Chicago Voices, an initiative that I helped launch with Lyric Opera to celebrate Chicago’s entire vocal scene, across all genres, is continuing as an ongoing program. It has a fantastic engagement project called Community Created Performances that helps local groups from all walks of life create and present music theatre pieces telling their own stories. They just completed their second annual presentation. We may be celebrating the anniversary of my debut at Lyric, and my work with the Ryan Opera Center, Lyric’s fantastic Young Artist program, is ongoing. 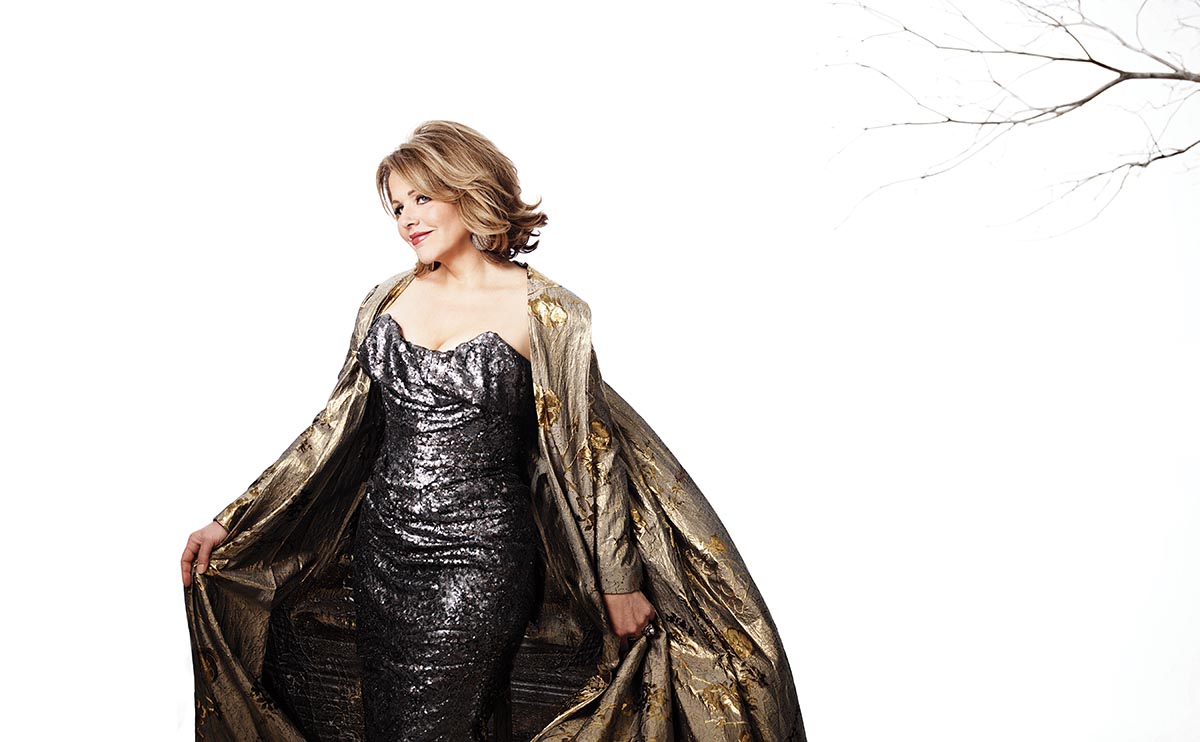 I’m actually in Chicago at the moment, to speak at Chicago Ideas Week about a major project I’ve been working on recently, Music and the Mind. This has grown out of an initiative I spearheaded at the Kennedy Center in Washington, DC, with the National Institutes of Health. My goal is to look at and amplify the amazing work being done at the intersection of music, health, and neuroscience. Researchers are using music to understand and map pathways in the brain, and music therapy is helping people all over the world with health issues from autism and childhood development to pain management, PTSD, stroke, brain injuries, and Alzheimer’s. I will be doing a presentation on this at Vanderbilt University in Nashville, because the city is such a leader in healthcare technology and research.

“I enjoy the intimacy and tradition of the song recital, and I’ll be singing some well-loved German, French, and Italian songs. In line with the adventurous spirit behind OZ Arts, I’ll be performing new songs by Caroline Shaw…”

Next season, you’ll be appearing in a Broadway production of Carousel. Are you thinking about transitioning from opera to musicals? I could think of many, many musicals I’d love to hear you in.
I don’t see this as a transition, really, because the core of my career, which is really concerts and recitals, continues unabated. And I’m also focused on quite a lot of new music, which has always been a passion. But with regard to musical theatre, I think the boundaries between genres are becoming more flexible, and I have always followed wherever my musical instincts and tastes have led me. Performing in a Broadway musical, especially an iconic classic like Carousel, has always been a dream. And there certainly could be others.

On your latest album, you perform Barber’s deeply moving Knoxville: Summer of 1915 along with music by Swedish and Icelandic composers and songwriters. Is there an overarching theme connecting these works?
In putting these works together for the album, the through line that spoke to me was summed up in a phrase from one of the songs by Björk: emotional landscapes. All of these pieces conjure emotional states— nostalgia, unease, desire, joy—with amazing clarity. They also have in common that a singer was a generative force in their creation. The great American soprano Eleanor Steber commissioned Knoxville, and I worked with Anders Hillborg in the selection of texts for The Strand Settings. And of course, Björk, as a singer-songwriter, creates her own music.

You perform a couple of songs by the wonderful Icelandic pop star Björk. What attracted you to her music?
Björk’s originality is amazing. I admire the way she just blazes her own path, and I also love the creative coloring of her voice and her emotional honesty. Because she is one of the few singers in popular music who sing in a true soprano register, I could imagine her music in my voice, with the acoustic textures of a symphony orchestra.

What are you planning to perform for us at OZ Arts Nashville?

I devote a lot of time and thought to programming, and I usually perform a wide range of music, not only to reflect my own tastes, but also to be sure that everyone hears something they particularly like. I enjoy the intimacy and tradition of the song recital, and I’ll be singing some well-loved German, French, and Italian songs. In line with the adventurous spirit behind OZ Arts, I’ll be performing new songs by Caroline Shaw that I’m premiering at Carnegie Hall a few days from now. Caroline is the youngest-ever winner of the Pulitzer Prize for music, and she’s an incredible, exciting talent, really on the cutting edge, collaborating with artists from Roomful of Teeth to Kanye West. Rounding out the program, there will be some musical theatre as well, and of course there may be some opera, too.

Renée Fleming will perform at OZ Arts Nashville on December 1 at 8:00 p.m. For information and tickets, visit www.ozartsnashville.org.