Mississippi and Tennessee have their share in the history of American roots and popular music, from Blues to Country. In a bit of friendly rivalry with Tennessee, Mississippi claims Elvis, whose birthplace is in Tupelo, as its native son. But, as Andy Warhol’s portrait of the pop star dressed as a Western gunslinger shows, movies and stardom transformed Elvis from local hero into a global icon with mass appeal. Warhol’s Triple Elvis is among one of the many major loans that the Mississippi Museum of Art will bring to Jackson, Mississippi, for its bicentennial exhibition Picturing Mississippi, 1817–2017: Land of Plenty, Pain, and Promise. Other celebrities from Mississippi who will have a homecoming on canvas for this bicentennial are the writer Eudora Welty and the opera singer Leontyne Price, whose portraits will be on loan from the National Portrait Gallery.

“With all its problems and traumatic history, Mississippi has always tended to be a powerful source of identity for artists.” 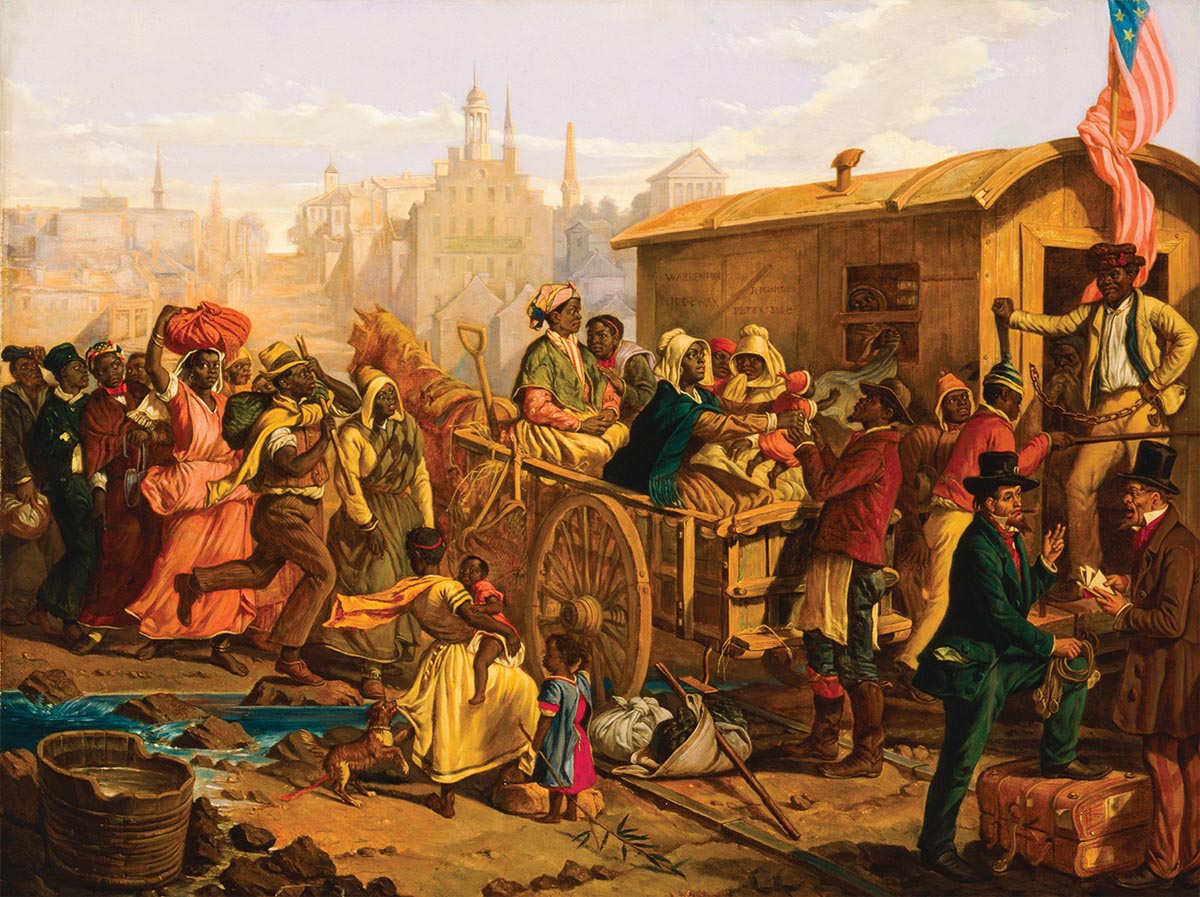 But beyond a portrait hall of fame, how can the visual arts be a special lens in explaining the identity of a state? As this large survey of the art of Mississippi reveals, there is much to be learned about the intersection of artistic expression—what we call picturing—and the complicated history and regional identity of a place. While the premise of the exhibition is focused on one state, the art featured in it tells a much wider story of local and global artistic exchange. 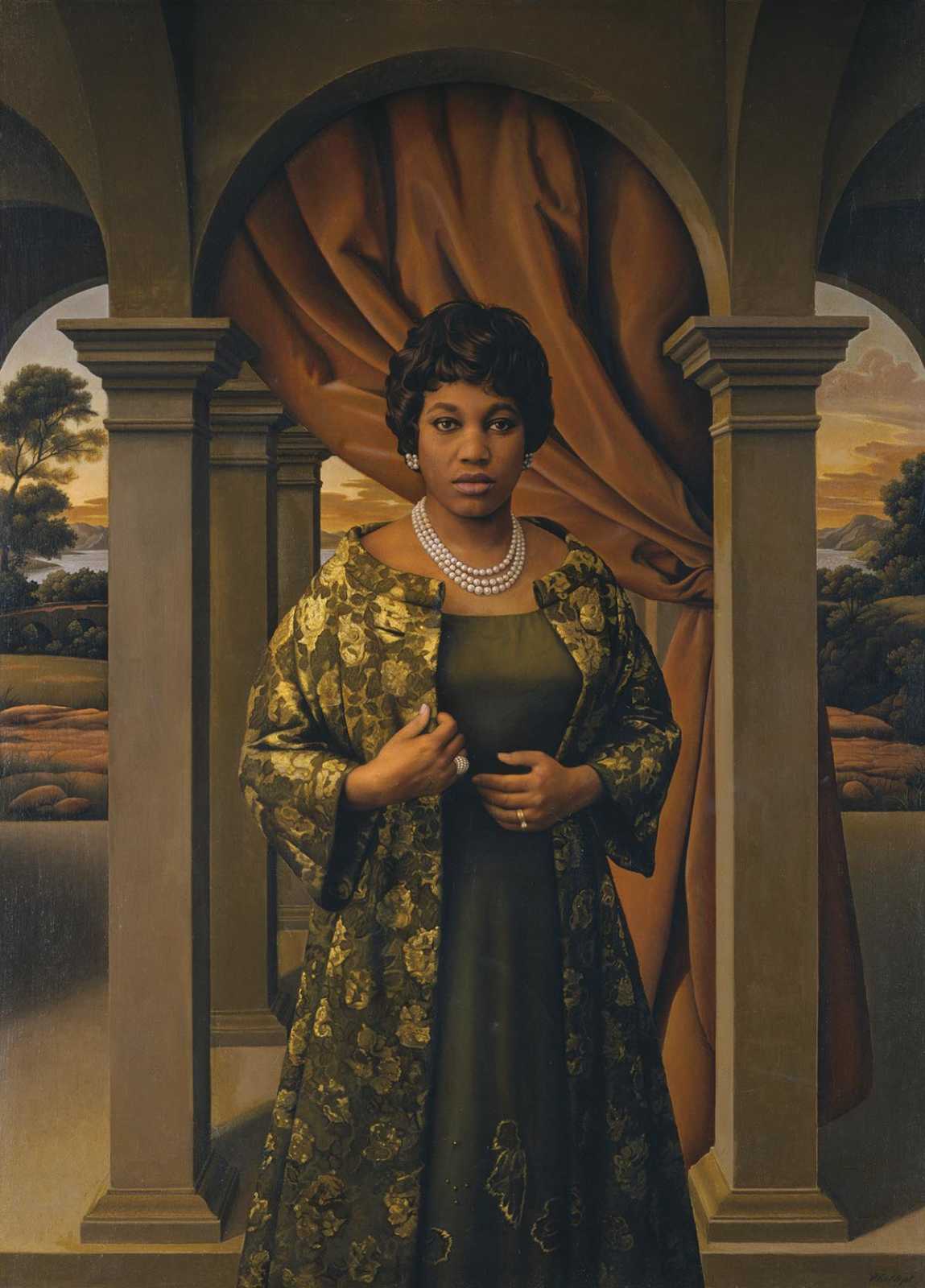 In its first few decades of statehood, Mississippi relied on the migration of artists from Kentucky, Tennessee, Pennsylvania, and New York. James Tooley was one of the first Mississippi-born artists who received professional training with noted portrait painter Thomas Sully in Philadelphia. Tooley painted a brilliant miniature portrait of his teacher. Natchez, with a booming cotton economy, was the cultural center of antebellum Mississippi. Its elite of planters and professionals, many of whom had roots in the Northeast, shared a taste for Greek revival architecture and fine arts to match their wealth. John James Audubon, best known for his bird illustrations, painted his first major landscape here. View of Natchez is a remarkably open and panoramic composition unlike his close-up views of birds. Other artists arrived by steamboat via New Orleans, including the French academically trained portrait and landscape painter Joseph Bahin, who demonstrated his skills in the atmospheric sunset view of Natchez under the Hill, the commercial part of the town at the bottom of a bluff. Natchez was the second largest slave market in the Deep South, next to New Orleans. One painting in the exhibition, After the Sale: Slaves Going South from Richmond by British artist Eyre Crowe, presents a rare view of the domestic slave trade between Virginia and the Deep South. One slave-trading company with connections to Nashville specialized in this trade between the Upper South and the new Cotton Kingdom. 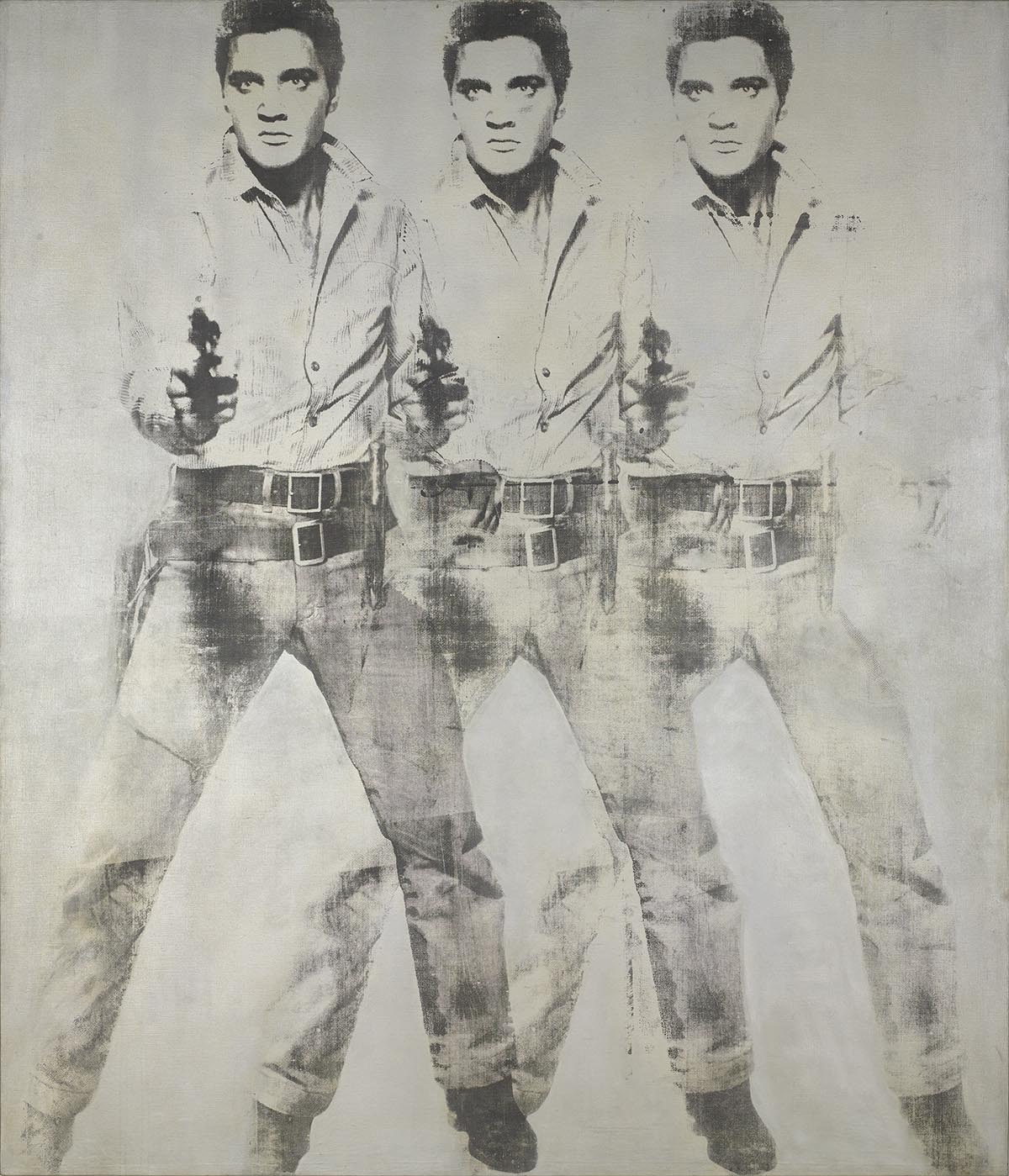 During the Civil War, Tennessee and Mississippi were connected by the military battle for control of the West, especially the Mississippi Valley. When Ulysses S. Grant’s campaign slowly advanced from Fort Donelson to Vicksburg, Shiloh and Corinth lay on the way. Artist illustrators and photographers followed in the wake. One unknown photographer set up his camera outside of Corinth where he made his lens survey the battlefield littered with corpses, what observers called the “harvest of death.” The art that was produced in and of Mississippi after the Civil War reveals both the promise and pain alluded to in the exhibition title. The German-born artist Theodor Kaufmann created the distinguished statesman portrait of Hiram Revels, the first African American who served as U.S. Senator. Only two decades later, the artist William Aiken Walker made a career for himself painting stereotypical images of Southern blacks that reinforced white prejudices. Other artists of the late 19th century turned toward the Mississippi landscape, where they explored the beaches, swamps, old oak trees and Spanish moss along the Gulf Coast and other waterways. 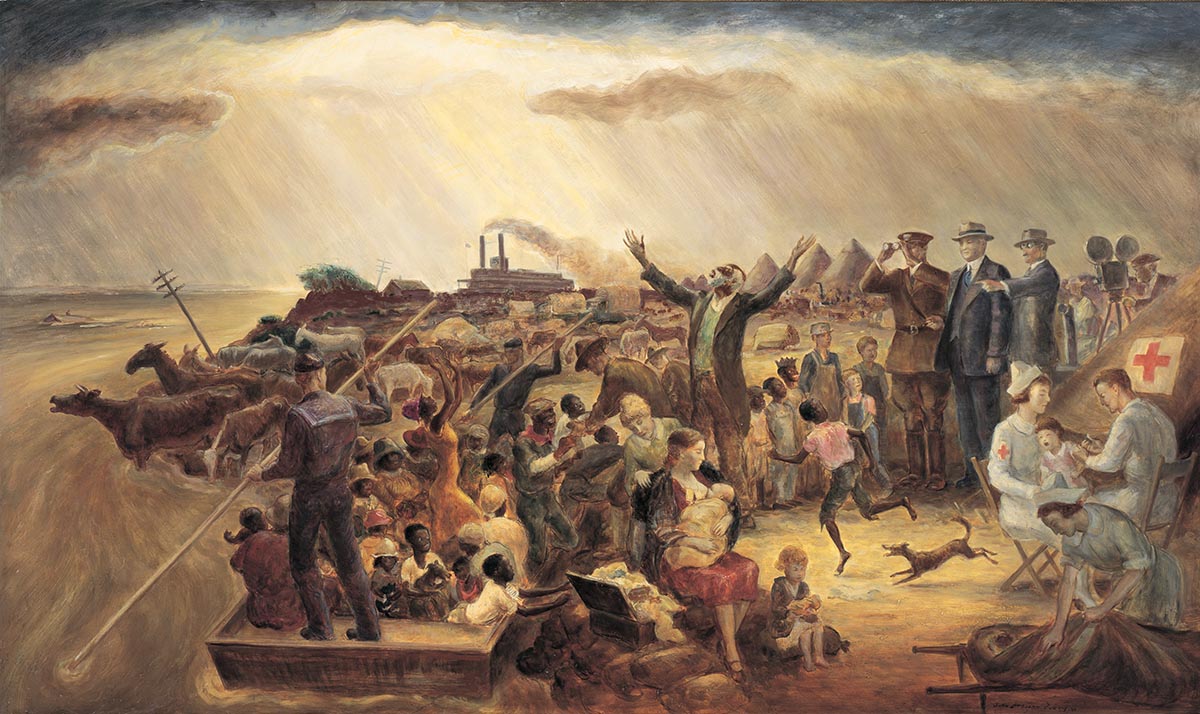 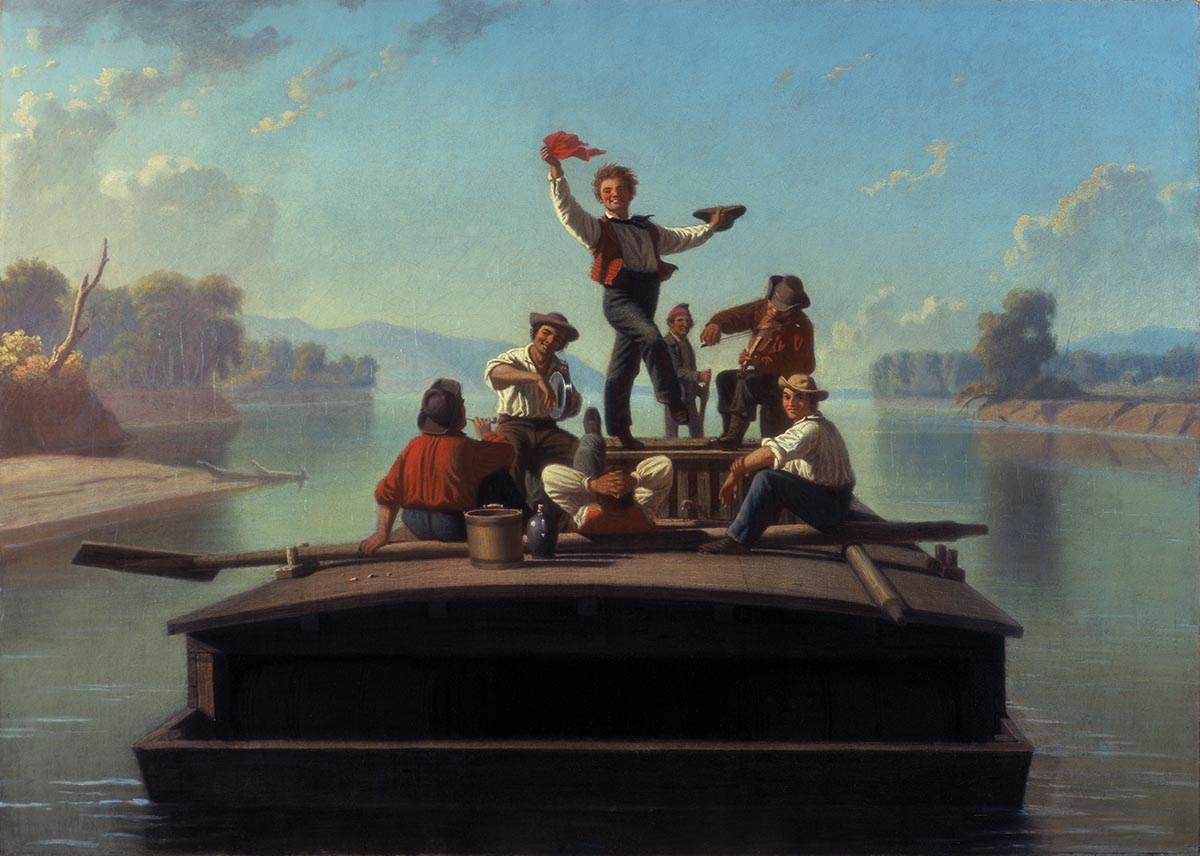 Landscape and the concern for the environment continues as a theme in the visual arts of the state throughout the 20th —and 21st—centuries, yet this is also a time when artists grapple with the racial tension, inequality, and the search for reconciliation that runs through the history of Mississippi and the South. The civil rights struggle that gripped the entire South seemed to boil over in Mississippi. Here, a black teenager, Emmett Till, visiting from Chicago was brutally murdered; James Meredith sought admission to the University of Mississippi and was escorted onto campus by U.S. marshals; civil rights workers Andrew Goodman, Michael Schwerner, and James Chaney were killed; Medgar Evers was assassinated outside his home; and the list goes on. In her song Mississippi Goddam (which contains the line: “Tennessee made me lose my rest”), the jazz singer Nina Simone expressed the anger and frustration felt by many artists. It inspired Bob Thompson, an African-American artist born in Kentucky, to paint his Homage to Nina Simone in a composition reminiscent of European artists such as Poussin and Cézanne. Sam Gilliam, who was born in Tupelo, Mississippi, was active in the Washington Color School in the late 1960s when he began to create his iconic soaked canvases. His large color-stained canvas Red April was painted in response to the assassination of Martin Luther King, Jr.

With all its problems and traumatic history, Mississippi has always tended to be a powerful source of identity for artists. Jeffrey Gibson, a member of the Mississippi Band of Choctaw, reinterprets Native American beadwork traditions in distinctly contemporary sculptural form. His beaded punching bag is a work that honors his grandparents, who were sharecroppers in Mississippi and Oklahoma. Chickasaw artist Joanna Underwood Blackburn, who lives and works in Oklahoma, turns to her ancestral roots in Mississippi. In designing her ceramic vessels, she is inspired by Mississippian pottery that predates the beginnings of statehood, thereby allowing ancestral traditions of the past to be reimagined for contemporary audiences. 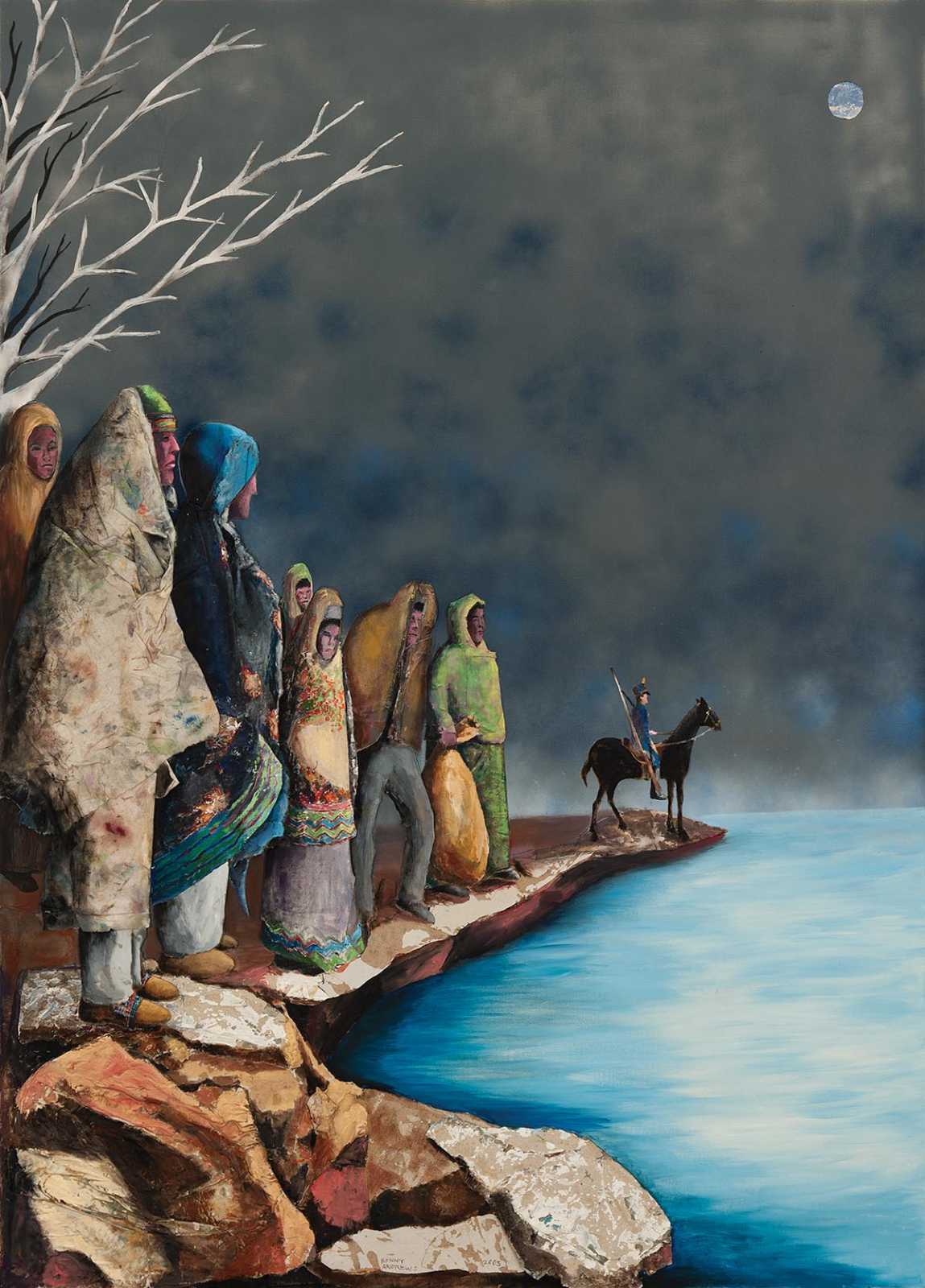 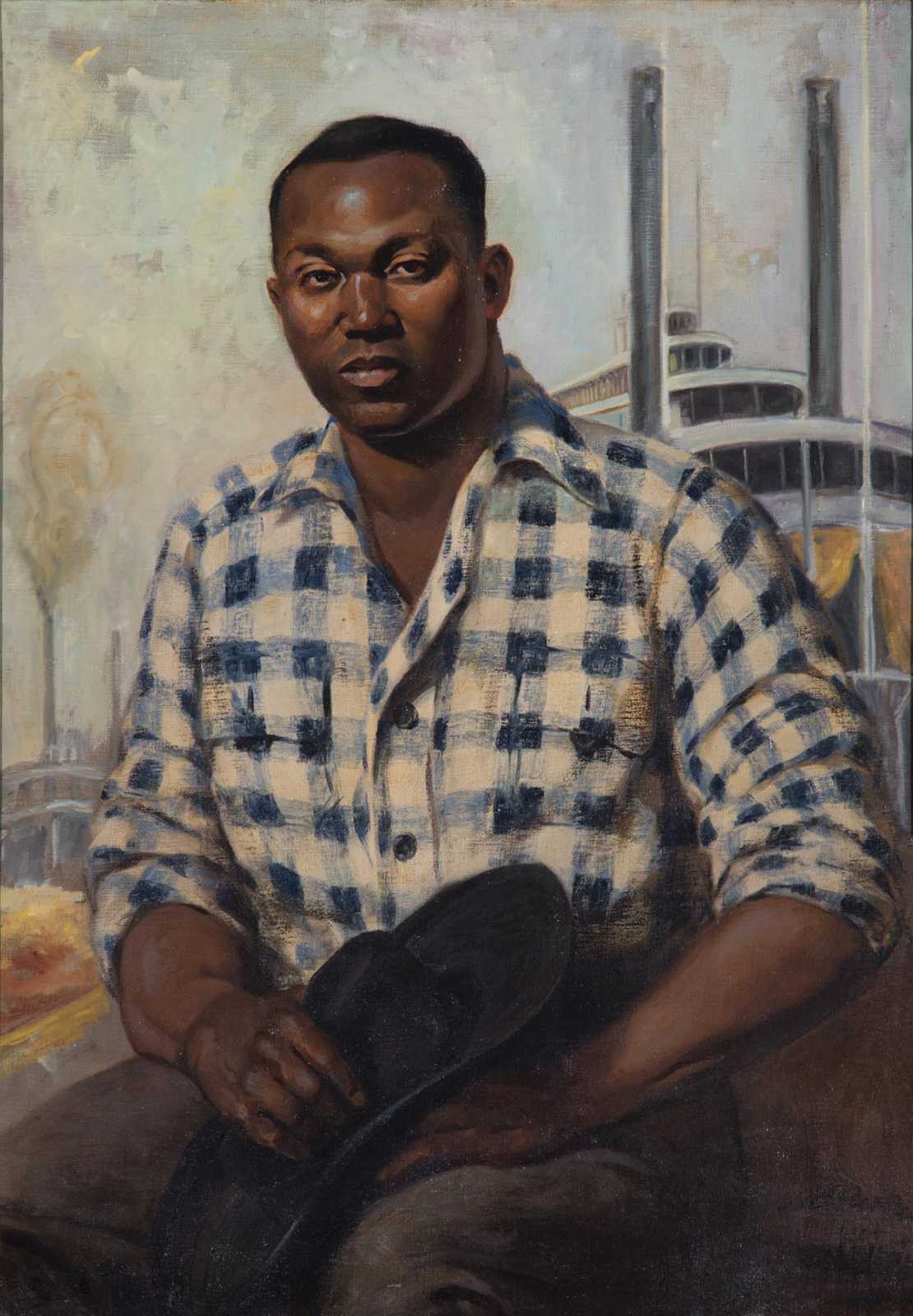 Jochen Wierich is Interim Chief Curator at the Mississippi Museum of Art. Picturing Mississippi, 1817–2017: Land of Plenty, Pain, and Promise runs from December 9, 2017, through July 8, 2018. An illustrated catalog is published by the museum in partnership with the University of Mississippi Press. For more information, go to www.msmuseumart.org.