Just in time for Halloween this year, the Nashville Ballet put on a ghoulish double header with its revival of Director Paul Vasterling’s “dance drama” Lizzie Borden and a premiere of The Raven by Guest Choreographer Christopher Stuart at TPAC. These works, spooky enough by themselves, were unified by the presence of frightening shadow people who tended to sneak up behind and plant terrifying thoughts in an innocent person’s mind. 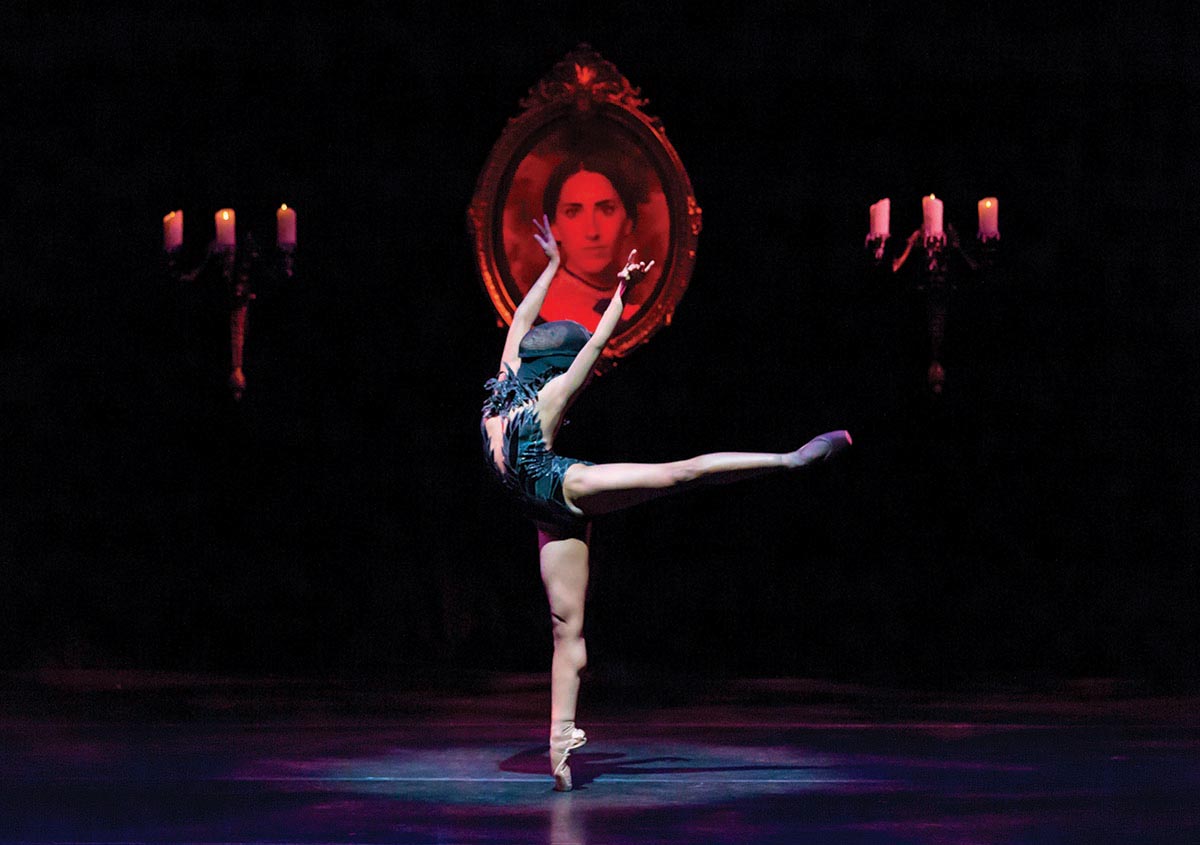 Stuart’s Raven is, appropriately enough, a Victorian affair which opens with the Narrator (Nathan Young) slumped beside his chamber door while behind him leers a portrait of his lost Lenore. While Julia Eisen’s Lenore is all beauty and civilized grace, Kayla Rowser’s Raven is angular and stubbornly birdlike. As the Narrator’s delusion increases (in an excellent physical expression by Young), Lenore and the Raven slowly merge into one creepily mimed “nevermore,” and the Narrator is left in an asylum permanently visited by one of the shadow people. Alessandra Volpi’s performance that evening of Franz Liszt’s Nuages gris still haunts me.

Vasterling’s Lizzy Borden is set perhaps 50 years after The Raven, giving the true story of the grisly murder in Fall River, Massachusetts. (“Lizzie Borden took an ax and gave her mother 40 whacks . . . ”) Almost as though it were a star vehicle, this production succeeds or fails on the performance of the title character, and Mollie Sansone’s sensitive rendition of Borden was an astounding success. She is aided greatly by the evil actions of her father (Jon Upleger) and stepmother (Katie Vasilopoulos), and of course the whole idea is given to her by a shadow person. Particularly powerful in Vasterling’s choreography is the appearance of the shadow person in the Hat Dance scene. Are these shadow people metaphors for mental illness? Dark poltergeists? Who knows. I’ll just feel better if I don’t see them again until next Halloween!