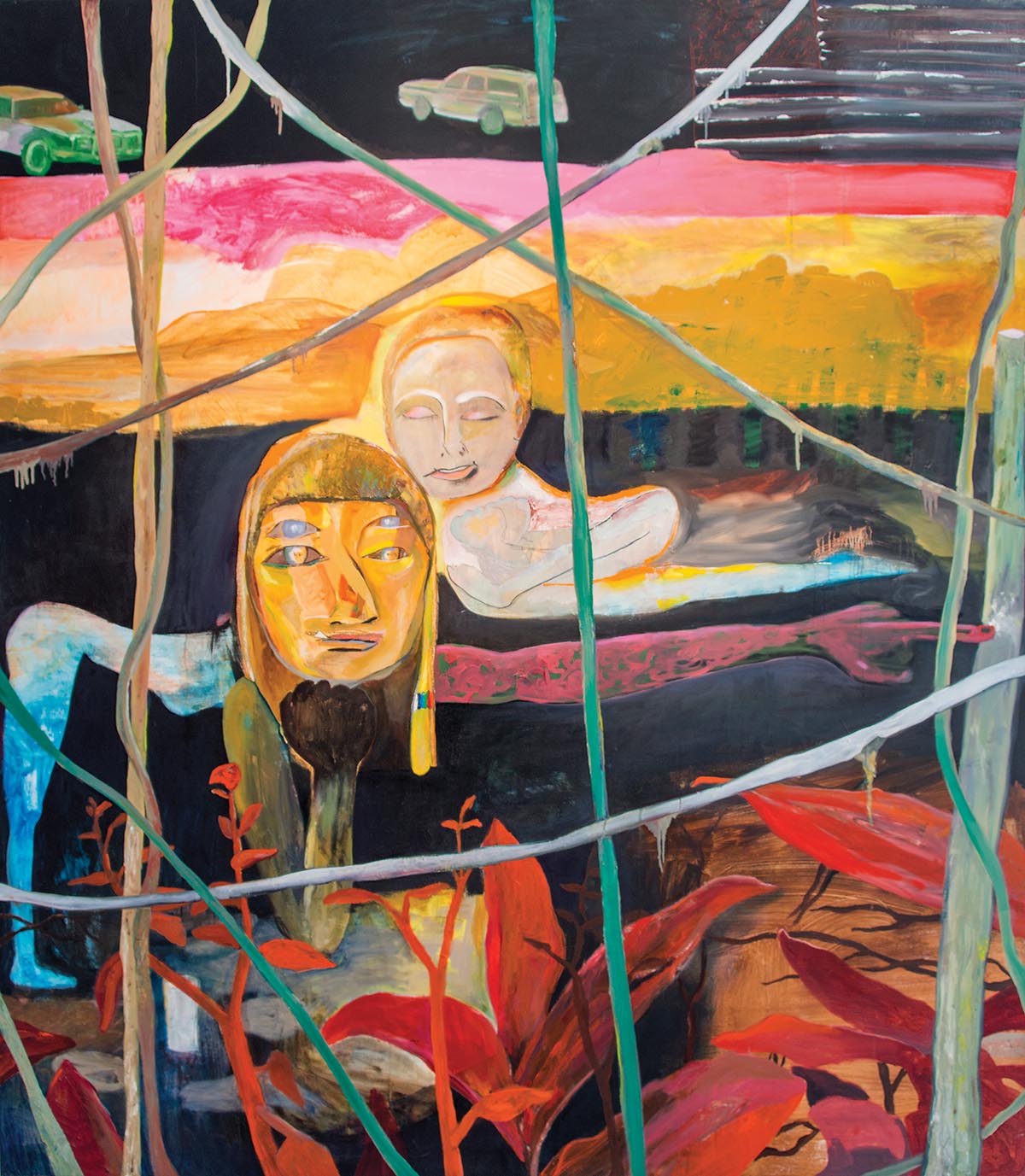 John Paul Kesling lives and works in Madison, Tennessee. A native of Kentucky, he attended Morehead State University and received his MFA in Painting from Savannah College of Art and Design. He painted Americana in 2014, when he was living in New York. The man loves dogs, wields a wicked sense of humor, and listens to lots of podcasts. You can see more of his work on his website, www.johnpaulkesling.com.

Most recently, my favorite painting is John Paul Kesling’s Americana, in which figures rise from the ground like oil to inflict deep riddles on their passersby. These sunbathers, bordered not by rule of law but by a landscape of their own creation, slide over a petroleum sea and scratch chalk splinters off of the only tree in sight—a young, dead one—to profess the consequences of every movement with fetal calm. Their placid resolution is at once as comforting and unsettling as the resurrection of land by a novel ecosystem. 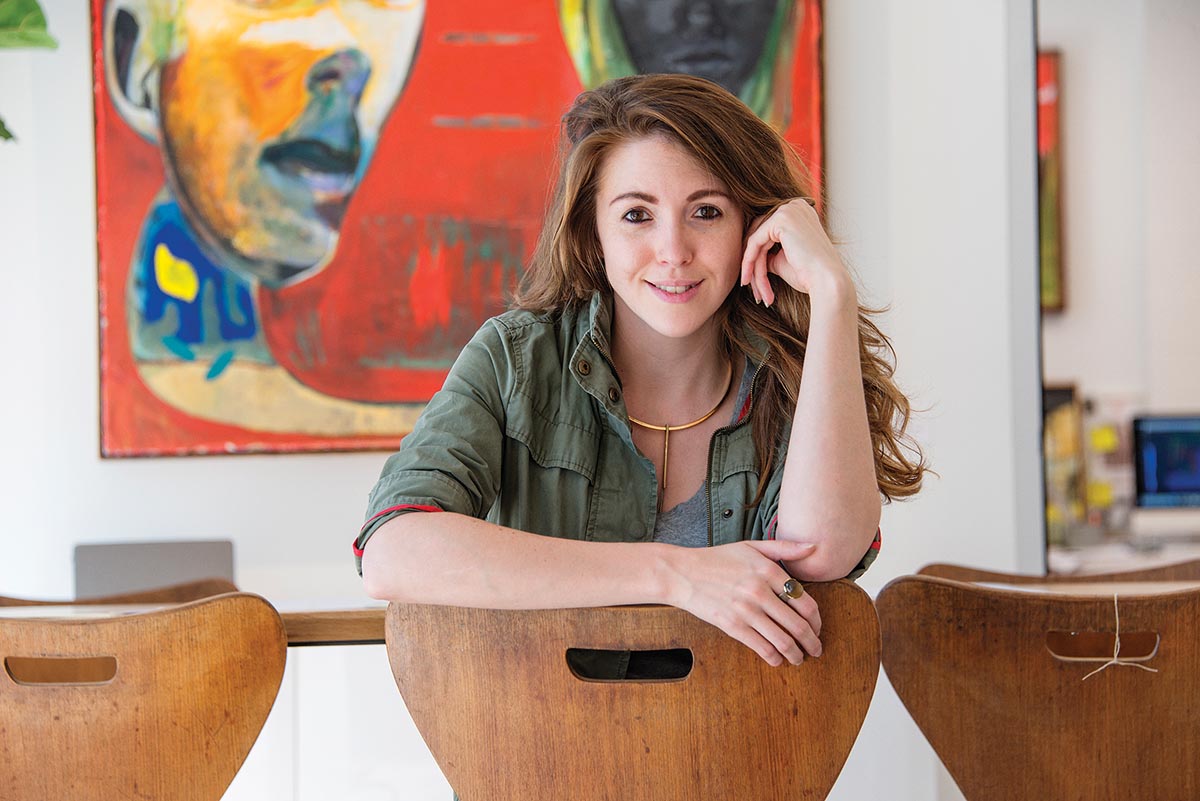 Behind just such an occurrence, our foreground protagonist lays out one set of eyes for seeing so that she might keep her second dim and milky set for understanding. A jagged tooth obscures her expression; is she serious or smiling? Concerned, or a contented culprit in the crimes of our present? If, like the rest of us, she straddles that gradient, perhaps it’s because her upper horizon is constellated by nostalgia: cars and bars, symbols that we thought might make us great.